In the words of its loquacious general counsel, Michael Ellis, Abercrombie and Kent sells dreams. “Not only are we helping our guests tick off their bucket lists, in luxury, but we are creating new bucket list trips,” he told Vanguard this past summer.

The venerable tour operator has been arranging the highest of high-end vacations for folks looking to experience what might be considered a latter-day Marco Polo journey, elephants included. In short, the kind of tourism that’s not booked online.

Experiential travel is what they like to call it. Planning the types of tailor-made trips Abercrombie & Kent puts together with their guests is part of the enjoyment of the entire experience. This is, of course, on top of the luxury small group journeys where guests get to experience the delights of exotic locations with like-minded travelers, all wrapped up in the Abercrombie & Kent cocoon. 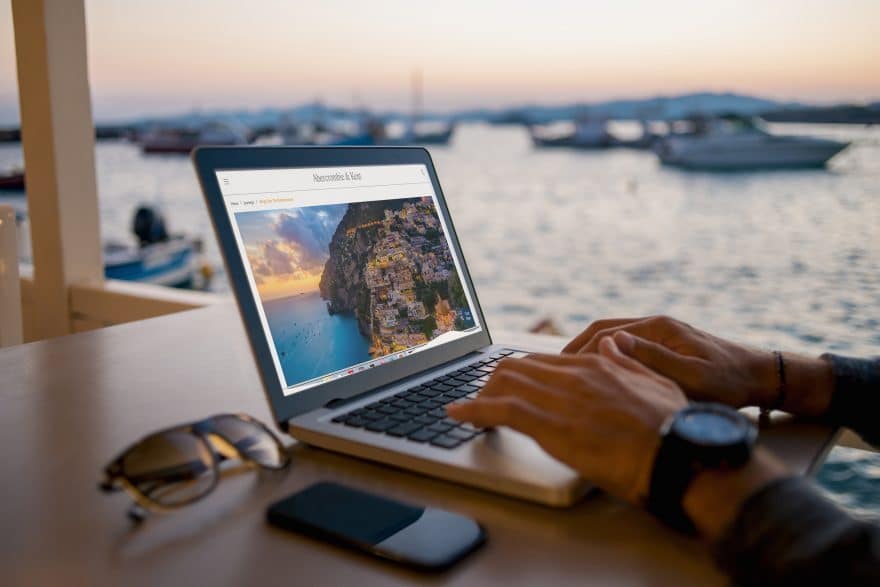 The travel business, being generally healthy all-around, and maybe even healthier for adventurous expeditions, the A&K business model continues. Only the modern era necessitates a slew of things that the still-active founder Geoffrey Kent couldn’t have imagined. Things such as technology and artificial intelligence.

All the better that Kent has the tech-savvy Ellis to oversee the legal end of the business and then some. Like all good lawyers, Ellis can think on his feet, but he’s rarely standing in a courtroom while doing so.

That’s high among the reasons Ellis thinks he has the best in-house legal job in the world. Especially since he’s had others that weren’t. More on one of those later, but first let’s get to know Ellis a little bit. It’s not hard to do.

“So what’s it like being a general counsel?” Ellis asks before answering his own question. “It’s like being a general practitioner physician where your patient comes in to see you and can have anything possible wrong. You have to diagnose whether it’s minor and can be treated, or refer him to a specialist.”

The analogy might be all the more appropriate if the aforementioned doctor is treating someone who just arrived from a far-flung destination and vexed by something other than the common cold. Or maybe if the doctor was practicing preemptive medicine because that how Ellis operates from a legal sense.

With A&K offices in 26 countries­­—“except when there’s a war going on”—there’s a host of compliance issues most everywhere. Ellis has a program customized to deal with most any hypothetical that might befall the company’s sanctuaries that include African safari lodges, Nile River boats, Chinese and Myanmar luxury liners, Arctic and Antarctic cruise vessels and more.

His technical aptitude enabling Ellis to be a one-man legal department—something his employer much appreciates—he screens contracts worldwide via software which reveals details that wouldn’t likely weigh on the minds of anyone bound for Aspen, Palm Springs or South Beach. Details such as a territory’s record for modern slavery, indemnity, insurrection and bribery, where it may be business as usual. 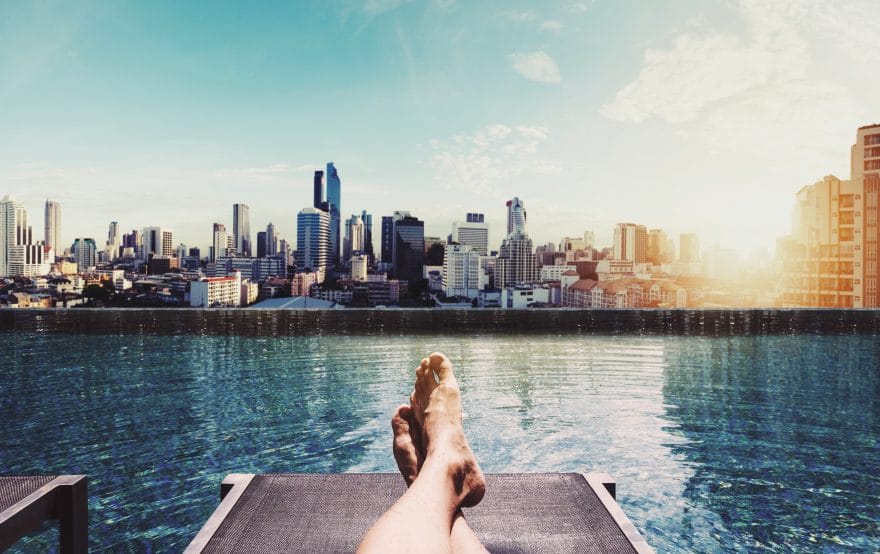 “Technology and artificial intelligence is the way forward for every single legal department, like it or not,” Ellis says. “You can only do more if you can understand and control the volume of work coming in to you.”

But it can’t be the only means of doing the job.

Learning on the fly

Ellis was just four days into his A&K job in April 2013, when he was dispatched to Sri Lanka to acquire another firm. He had never done a transaction in that island country south of India, but was worldly enough to put lessons garnered elsewhere to good use.

“You have to be very culturally aware. Everything operates differently in every jurisdiction,” Ellis explains. “You’ve got to take it slowly. You’re sometimes buying a business from a founder-owner, someone who set it up and was running it for years. You’ve got to understand that this is their life’s work, their baby.

“As lawyers, you want to get things done and quickly, but that’s not how you always operate in other locations. You need to have a lot of diplomacy and you don’t learn that in law school.”

Then there was the time Ellis was in Ecuador trying to buy a company,  but wound up selling an A&K division instead. Too much risk with the original plan, he explains, adding that a corporate counsel has to weigh all options. That said, one can’t be too careful when mulling the wisdom of mergers and acquisitions, intellectual property defenses, litigation, commercial contracts, employment issues et al.

“The biggest complaint about lawyers is they’re not commercially minded enough,” Ellis says. “It may be your job to protect the company from risk, but you don’t make money if you don’t take risks. There’s got to be a middle ground.”

Ellis came to A&K after an 18-month stint at Appleby, the offshore law firm that positioned him in the British Virgin Islands in 2010. But however idyllic the locale, legal work can entail unpleasantries aplenty, and with the global financial crisis still very much in progress back then, the duty fell on him to de-equitize a lot of members and partners.

Tough job, Ellis remembers. The bearer of bad news that couldn’t be sugarcoated.

Surely there had to be a better legal gig. Ellis found it with the help of a headhunter, and while he had to leave that Caribbean paradise for London, the new job would have him in so many exotic locales that Ellis never really has to take a vacation.

An afficionado of Africa. if there ever were one, the English-born but South African-raised Ellis relishes assignments anywhere on the Dark Continent, arriving a few days early and extending his time after the mission’s complete. He spent last New Year’s in Zanzibar and at the company’s lodge in Kenya, with his brothers and sister-in-law, and looks forward to a return. 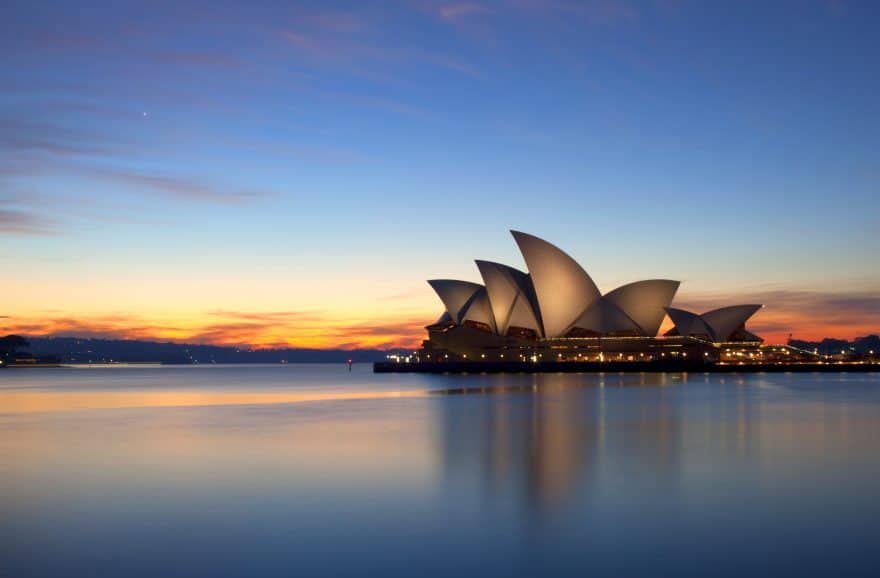 Whereas other lawyering—re: Appleby—could be disconcerting, A&K is uplifting, far more often than not. The travel company doesn’t just move the wealthy about off-the-beaten-path destinations without greater purpose. From the outset, Kent wanted philanthropic endeavors in his footprints, and A&K has targeted four areas for global improvement—health, education, enterprise and conservation—and has about 60 goodwill projects going at any given time.

Evidence abounds in Cambodia, where A&K projects provide clean water to some rural communities that had been prone to water-borne illnesses. In Uganda, there’s the Bwindi Nursing School that teaches life skills. In Zambia, the Nakatindi Village and School encourages self-sustainable farming. In Antarctica, A&K has partnered with South Georgia Heritage Trust to sustain a pristine ecosystem at risk.

And how refreshing it is when folks who seemingly have the world in their hands still get themselves dirty aiding such causes. Ellis tips his hat to all of them, and that includes Princes Harry and William, who are doing their part for conservation of rhinos and elephants, beasts that are such a part of African identity.

“It can be a real eye-opener, these trust-funded young people who take these trips and are determined to make a difference,” says Ellis. “For me, it’s fantastic to work for a company that has such a strong belief that there are matters just as important as making money.”

All the more reason for Ellis to feel that he has the best in-house job in the legal world, even if some locales, a day in the sun can be a scorcher.