Aileen Schwartz was in kindergarten in Maryland when her teacher said she’d make “a good Philadelphia lawyer.”

The comment was unexpected, and Schwartz recalls her parents didn’t know what to make of it. However, it was meant as a compliment, as Philadelphia lawyers had a long tradition as the best trained in law and rhetoric in the U.S. 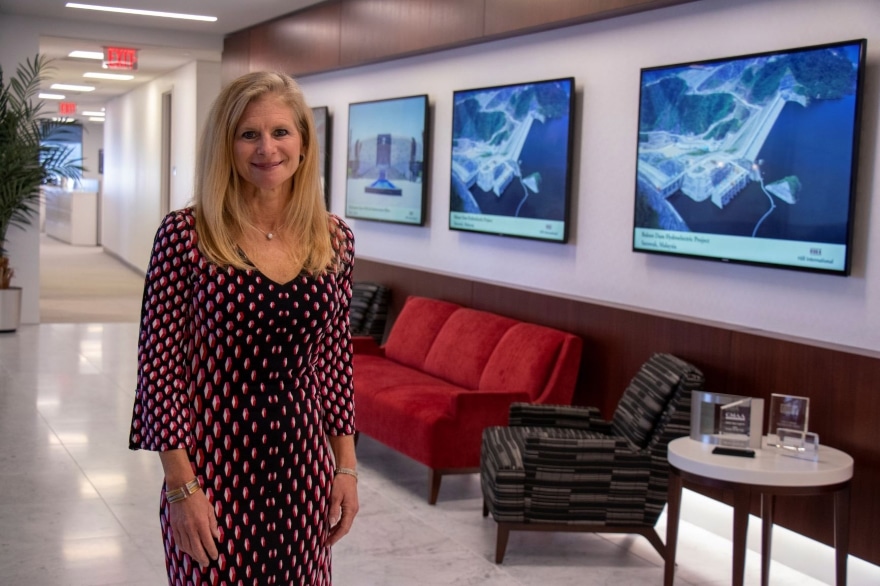 The comment was also prescient because Schwartz, now senior vice president, senior corporate counsel for the U.S. and privacy officer at Hill International, became a Philadelphia lawyer. Whether that places her among the nation’s best is someone else’s call, but Schwartz says her willingness to advocate is essential to her success.

“I’ve never been afraid to speak up and make my ideas and concerns known, especially when I see something that could be done better. This is exactly how I landed the role of privacy officer,” Schwartz says.

Eyes and ears on the job

Founded more than 45 years ago and headquartered in Philadelphia, Hill International plays a crucial role in construction around the world without actually constructing anything. It provides program, project and construction management services, as well as consulting on labor agreements, resiliency and disaster recovery planning, estimating and cost management.

“We’re the owner’s representative,” Schwartz explains. “We’re the eyes and ears, making sure projects come in on time and budget.”

The company has provided support for projects such as the World Trade Center reconstruction in Manhattan and the two-mile Alaskan Way Viaduct tunnel under Seattle. It’s also helped rebuild Iraq’s infrastructure, including housing.

Schwartz joined the company in February 2008 as assistant general counsel and progressed through the ranks to her present role, which includes serving as the privacy officer. 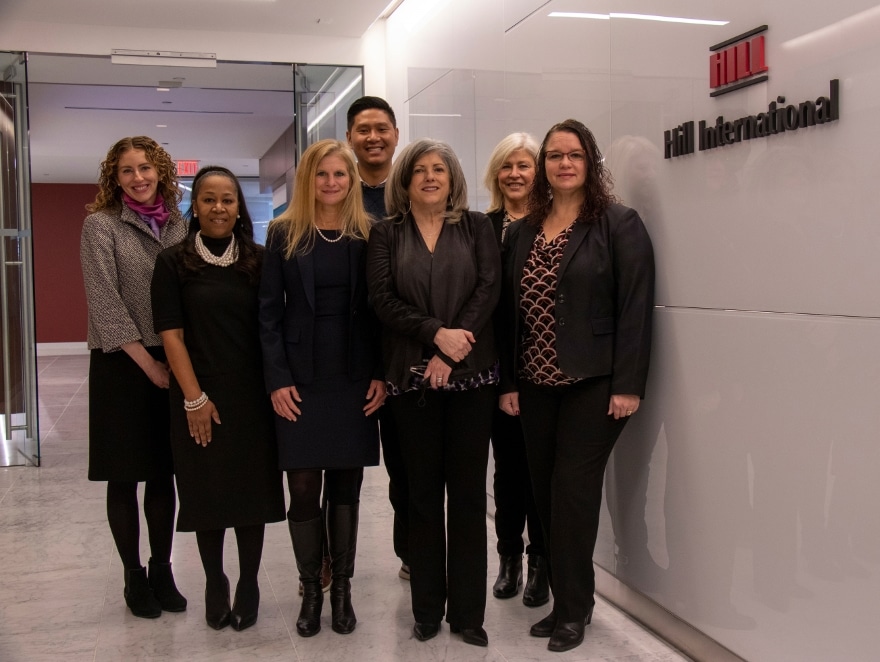 “The importance of privacy has escalated exponentially,” she says. “There was a time when you never dreamed of people stealing information online and breaching systems. Now we are concerned about it every day.”

To develop a compliance program, Schwartz teamed up with attorney Jim Koenig, who leads the privacy and cybersecurity practice at the firm Fenwick & West. After Koenig assessed Hill International’s global requirements for privacy and cybersecurity compliance, he and Schwartz created training, policies and procedures. They complied with regulations including the European Union’s General Data Protection Regulations and the California Consumer Privacy Act.

“We’ve geared our privacy and cybersecurity compliance to meet the most stringent regulations while anticipating how those requirements may change,” Schwartz says.

Schwartz adds she regularly strategizes with Shayn Spingler, the company’s senior vice president of global IT, on providing annual employee training and cybersecurity awareness that includes avoiding phishing invites as well as training for data privacy and stopping breaches.

Being part of Hill International and its leadership means a great deal to Schwartz. For instance, she and Tiffany Banks, the senior vice president of human resources and diversity officer, have been with the company more than 14 years. Together, they’ve risen to run their U.S. departments, which shows the commitment the company has to promoting women and minorities, Schwartz says.

Schwartz adds she’s fortunate to be on the Future of Hill committee.  Prior to COVID-19, the committee recommended allowing employees to work remotely one day a week where possible. Employees required on job sites aren’t eligible, but everyone else can use a 50-50 hybrid model now that the pandemic is receding. 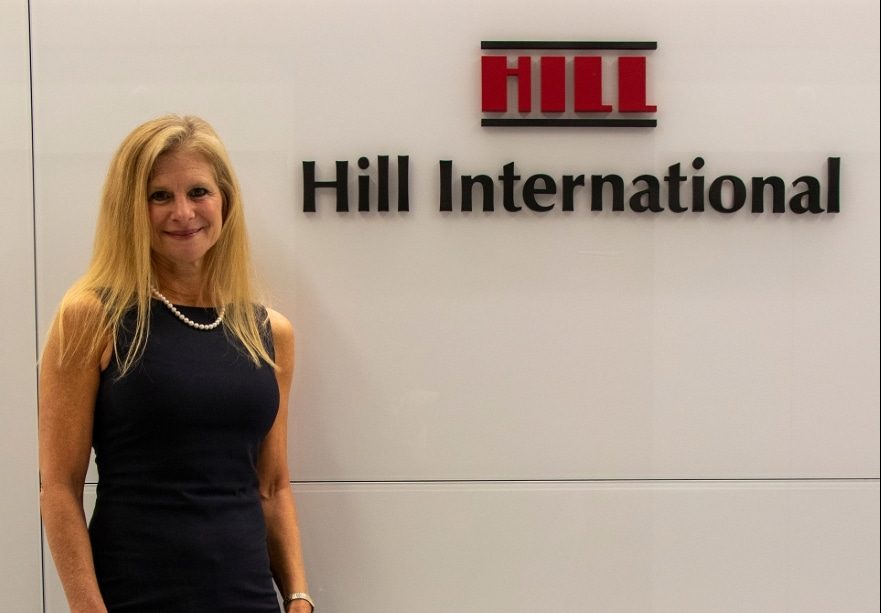 “It’s a wider evolution of how employees view the workplace,” Schwartz says. “COVID showed how well remote work could be done, so we expanded the policy to better meet our employees’ needs.”

Schwartz also helps create policies and procedures developed by the company’s safety and sustainability committees. Her collaborations with William Mueller, the corporate health safety and environment manager, include recommendations for COVID-19 prevention and protection of employees’ personal information.

Her efforts on the sustainability committee include making certain Hill’s offices are located in the most environmentally friendly buildings when feasible.

Schwartz earned her bachelor’s degree in English and fine arts from the University of Pennsylvania and then her J.D. from Penn’s Carey Law School.

Before joining Hill International, Schwartz was general counsel at The Quaker Group from October 2001 to February 2008. She managed legal affairs for the real estate development and investment company, and once hired Hill International as an expert witness for litigation she was managing.

When Schwartz first interviewed at Hill International, the company was seeking a contracts attorney. She knew she could do more—her experience and background qualified her as an assistant general counsel. She said so, and the post was created for her.

In 2011, Schwartz added vice president to her assistant general counsel title. In 2017, she was named as its first privacy officer. In November 2018, she was promoted to her current positions. 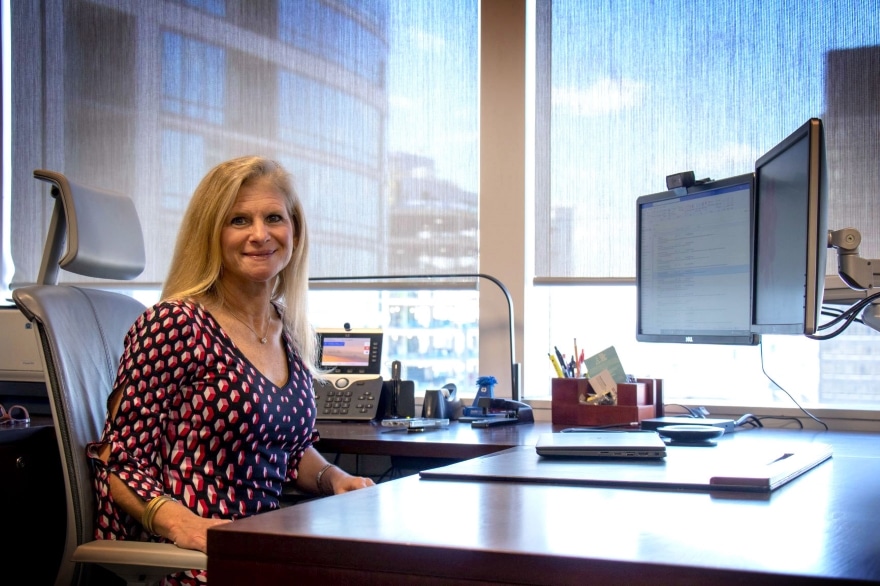 She’s active in her local chapter of the Association of Corporate Counsel and has served three terms on its board as well as chairing its Women’s and Real Estate committees. She’s also active in the Forum of Executive Women and on its planning committee.

Schwartz adds she’s “an exercise fiend” who jogs, bikes, lifts, and swims and then walks her standard poodles. She also loves cooking and collecting wine. As she approaches 15 years at Hill International, Schwartz says working in-house suits her style, too.

“You’re part of a company and have one client, but you report to the entire company,” Schwartz says. “You don’t worry about billable hours, you just need to get the work done and every day brings new challenges.” 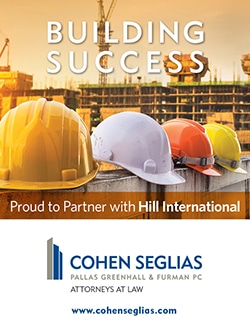 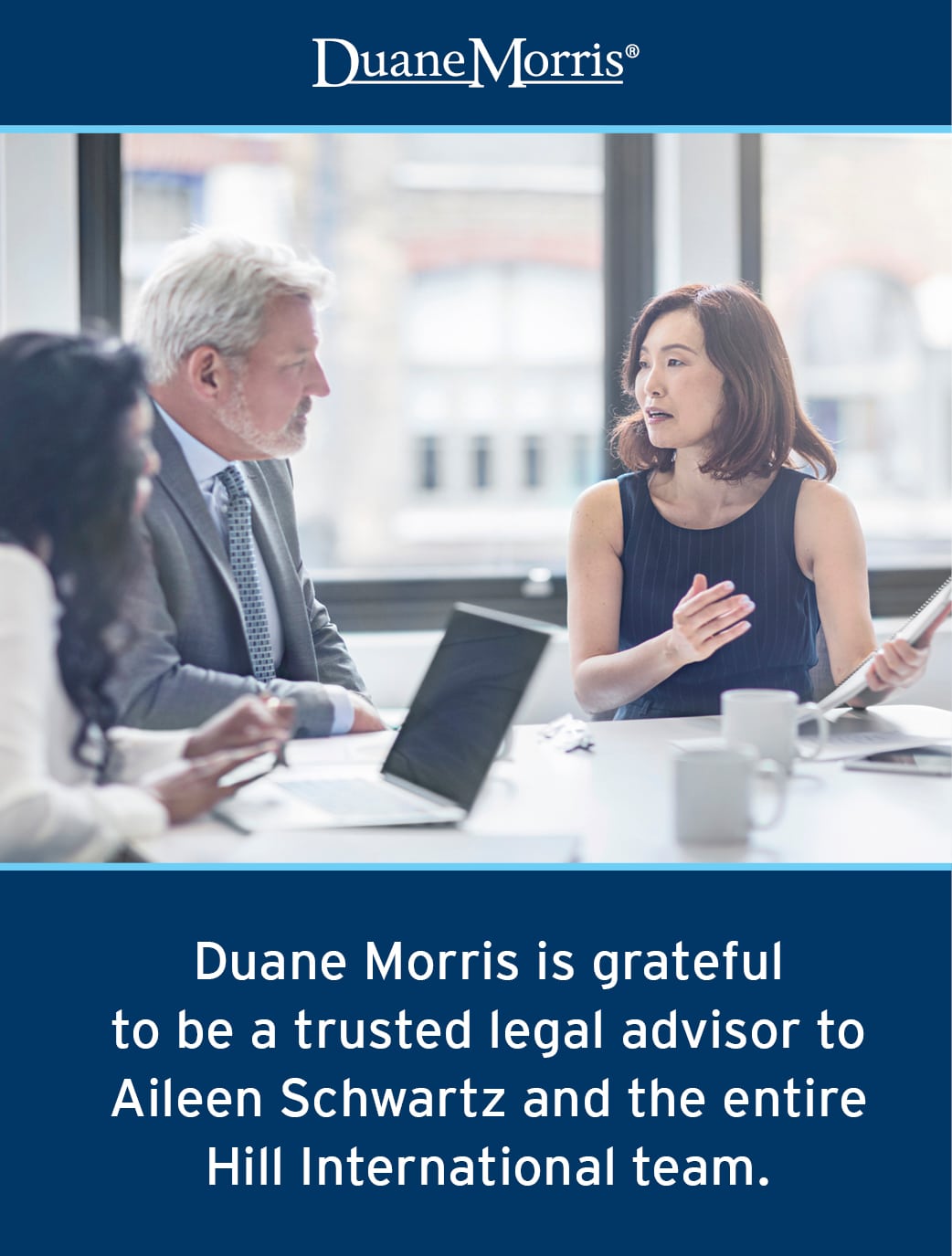