For Anderson Chang, making an impact is what he’s devoted his professional career to. It’s a lofty goal, he says, but whether working on a campaign to reelect a progressive governor or supporting a company trying to make farming more profitable, efficient and sustainable, Chang is passionate about helping the planet.

“If we can get farmers to buy in to regenerative agricultural and other sustainable practices on a wide scale, we have an opportunity to create an ecosystem that benefits stakeholders across the agricultural value chain, including consumers and the environment, and that makes a better world for all of us,” Chang says. 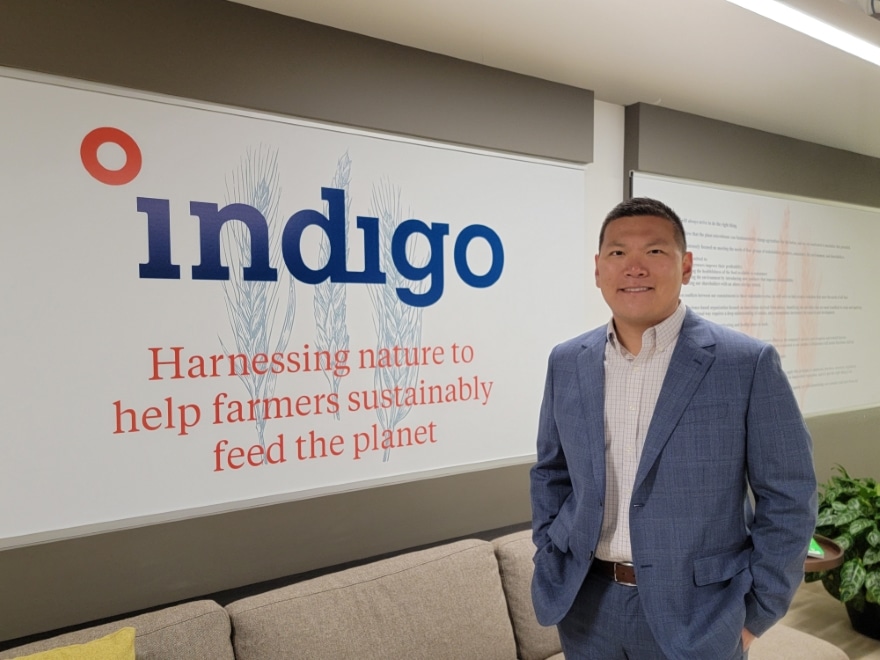 Now, he’s working to realize his goals as the senior counsel for Indigo Agriculture, a company supporting growers and other agriculture supply chain stakeholders through biological and digital technologies.

Under the Indigo Carbon program, a carbon credit represents approximately one metric ton of carbon dioxide equivalent sequestered or avoided. By adopting regenerative and sustainable agricultural practices, a participant can improve and restore soil health. Environmentally conscious organizations and corporations can buy these carbon credits to help offset their emissions while supporting farmers in their conversion to sustainable agriculture practices.

The Indigo Carbon program was launched in the U.S. in 2019. Chang worked with Indigo’s commercial team to build the offer and ensure legal compliance and draft the contracts. There have been over two million acres enrolled in the program in its first 18 months.

“Corporations are really trying hard to address their carbon footprint, so there’s huge demand for high-quality, independently verified carbon credits,” Chang says. “We put a mechanism in place so that participants stay in the program long term. This helps to incentivize farmers to maintain their practices.”

His involvement started at the beginning of the project in the U.S., and now, as the interim head of legal for Europe, he’s helping launch a similar project in Germany and other European jurisdictions. Basic contract law is generally the same regardless of where you are, Chang says, but he has partnered with a local counsel to tailor the program to area rules and regulations. Carbon credits are still a relatively new thing, so there’s not a lot of legal precedent and not a lot of familiarity, he adds.

“But everywhere in the world, there’s tons of income potential for farmers, because if they reduce their emissions, they can sell their generated credits to companies that want to be part of the climate solution,” Chang says.

Indigo Marketplace, a digital platform connecting buyers and sellers of crops, is the company’s other big offering, Chang says, and he was part of the development team. Farmers in some states are operating under agriculture laws that are outdated, like requiring paper contracts. Some states, he says, have strict laws and requirements for buying and selling crops, and other states don’t have any that are meaningful. 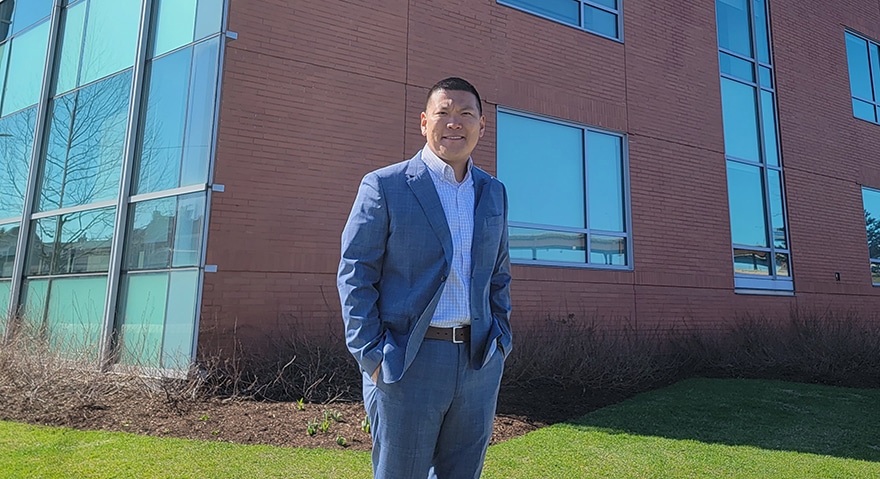 He hopes the company has answered that question with a flexible contracting system he helped develop, that minimizes overlap among state regulations to generate a few forms that work across several states. But a big hurdle remains: dealing with the legal matters for people used to closing deals with handshakes.

“It forces you to be innovative, to push the boundaries, be creative and think outside the box,” Chang notes.

He works closely with the commercial team to help develop shorter, easy-to-understand contracts and to help establish legal parameters to create programs and promotions beneficial to farmers, such as accelerated or early payments, equipment financing programs and special premiums to promote higher quality or sustainable crops.

Chang says his original passion was politics and public policy. After graduating with a degree in history and political science from Miami University in Ohio, he was offered a position on former Massachusetts Gov. Deval Patrick’s reelection campaign in 2010. He deferred admission to the University of North Carolina School of Law and spent a year helping Patrick get reelected. He took a position working on transportation and infrastructure policy as the special assistant to the secretary for the Massachusetts Department of Transportation before going to law school. 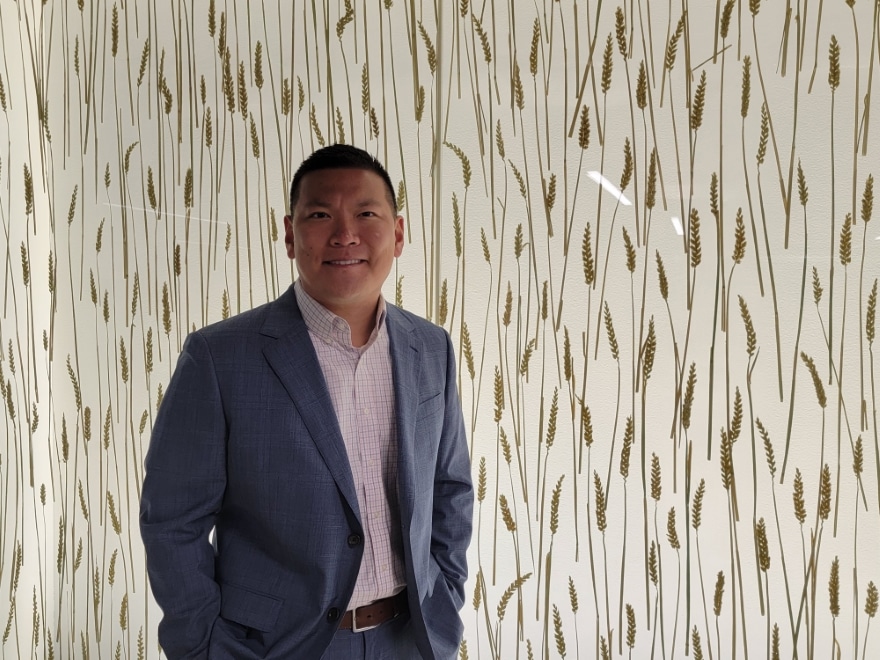 “I knew I could always go to law school, but working for Gov. Patrick and his administration wasn’t something to pass up,” Chang says.

There’s a big misconception about working in corporate law, he says. Chang acknowledges that he heard plenty of jokes from friends and family about “going corporate” during his three years as an associate at Foley Hoag in Boston, yet he was anything but that stereotype.

His primary clients in “big law” were entrepreneurs and innovative startups trying to navigate the process of raising funds to build what would become great companies, including several pharmaceutical outfits working on breakthrough cures. It was cutting-edge innovation, and it was important to him, Chang says. He started working with Indigo while at Foley Hoag when the company did some venture funding rounds.

“I went over and had a great experience, and it turned out to be a great match and partnership,” Chang says. “It was a tough decision to bypass the partner route, go in-house, but it was an opportunity to expand my horizons that I couldn’t give up.”

As a junior attorney at Foley Hoag, Chang was able to work on things at a senior level because of the firm’s lean staffing, and he says it gave him a head start compared to junior attorneys at other firms. That additional experience has served him well since he was hired by Indigo in 2018.

“I’ve been blessed so far to have a broad, diverse and fulfilling legal career that has allowed me to constantly learn and develop, establish meaningful relationships and be on the front lines of the 21st century innovation economy, all while pursuing causes that are personally important to me and, I think, to all of humanity,” Chang says. 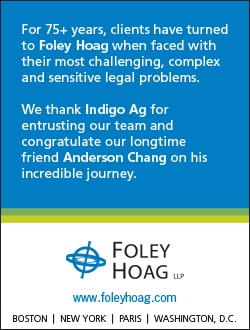 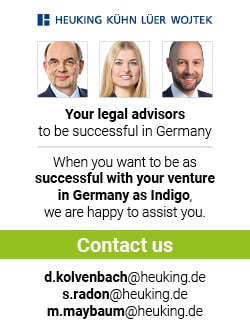