It’s a high-stakes year for the American steel industry with continued trade relief at risk. So says Benjamin Blase Caryl, as he rolls out a defensive and offensive game plan as lead trade counsel for United States Steel Corporation.

Caryl believes the American steel industry must defend antidumping and countervailing duties—AD/CVD, in international trade parlance—that have helped bolster domestic production and investment. The industry must also defend the Section 232 national security action on steel imports, he says. But Caryl is playing offense too, by petitioning for additional AD/CVD relief and being a thought leader in global steel negotiations. 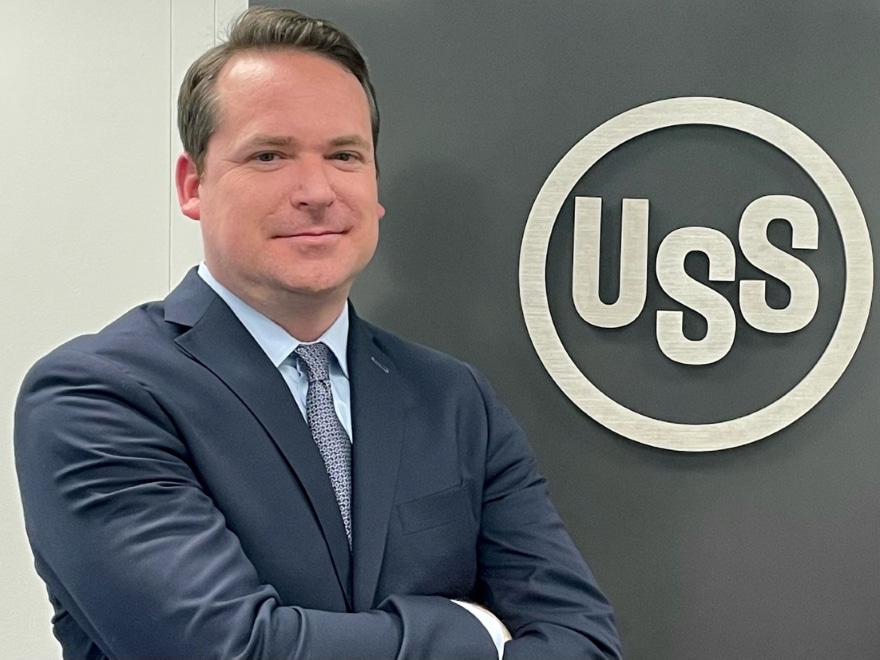 He leads the Pittsburgh-headquartered company’s trade action from Washington, D.C., working with the company’s commercial, government affairs and strategy teams, as well as industry allies. He also manages outside counsel and engages the feds to ensure the company’s trade interests are considered by policymakers.

“It’s a fascinating time for the steel industry,” he tells Vanguard in April. “But within the trade law and policy world, it’s a pivotal year for U. S. Steel and me.”

In 2021, as the economy re-opened post-pandemic, the American steel industry saw record revenue and profits poured into mergers, acquisitions and capital investments in newer, cleaner technology. But with foreign companies maintaining and increasing their foothold in the attractive U.S. market, Caryl remains vigilant about protecting U. S. Steel’s turf.

Domestic producers have benefited from AD/CVD, with the U.S. Department of Commerce imposing additional duties on specific steel imports from countries found to be sold at unfairly low or subsidized prices. The laser-like focus of AD/CVD, however, suffers from the “Whac-A-Mole” problem, Caryl says. When the U.S. cracks down on Chinese and South Korean steel, other countries pop up and try to take advantage, such as Canada, Mexico and Vietnam. 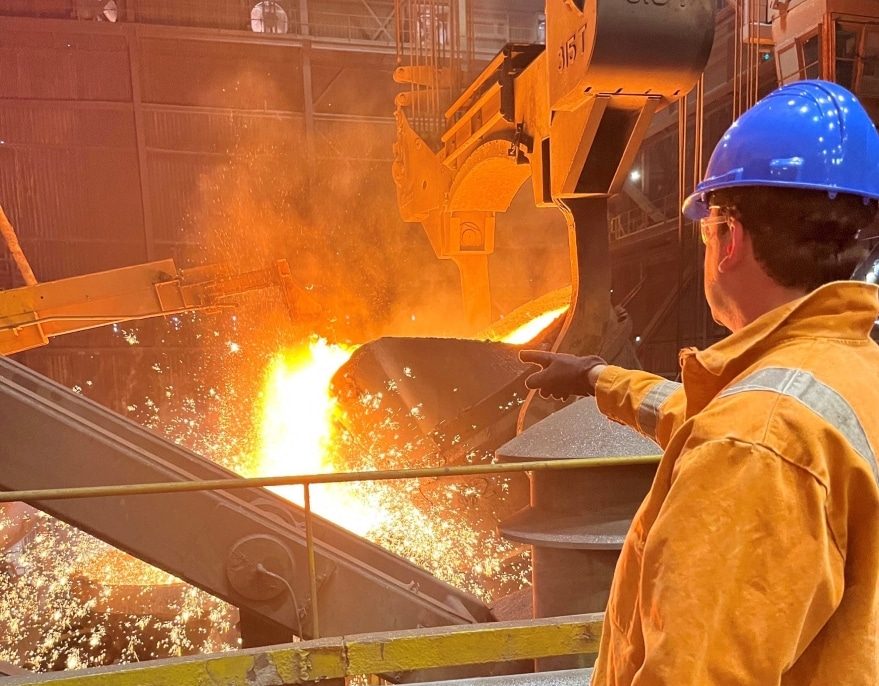 Caryl at the Edgar Thomson mill in Pittsburgh, where steel has been in production since 1875.

AD/CVD orders imposed in 2016 on flat-rolled steel from 12 countries, including China, are up for review this year by the U.S. International Trade Commission. Caryl wants to see the duties extended.

“China is also investing in and subsidizing steel operations beyond its borders—in Asia, the Middle East, Africa and even Europe.”

Caryl is playing offense, too, by petitioning the federal government for additional AD/CVD relief against steel pipe used in the oil and gas industry from Argentina, Korea, Mexico, and Russia.

In need of teammates, he leans heavily on Cassidy Levy Kent, a Washington law firm specializing in trade law issues and AD/CVD. Another legal heavyweight—Chicago-headquartered Mayer Brown—helps Caryl and U. S. Steel with policy issues including Section 232 of the Trade Expansion Act of 1962 that allows the president to impose tariffs or other remedies if “an article is being imported … in such quantities or under such circumstances as to threaten or impair the national security.”

For a fair trade

Section 232 might be rare common ground between the Biden administration and the preceding one. In 2018, President Trump used it to flex his “America First” muscles, imposing 25 percent tariffs on steel and setting off a trade war with several foreign allies. Caryl credits then-Commerce Secretary Wilbur Ross and President Trump for understanding that domestic steel capacity is fundamental to national security, which under Section 232 includes not only military needs but critical infrastructure, economic security and the viability of the U.S. manufacturing base.

Caryl also credits the Biden administration for continuing the overall Section 232 steel action. In January, President Biden tweaked it to exempt the first 3.3 million metric tons of European Union steel from tariffs. But Caryl worked with others to ensure that only steel melted and poured in the EU is eligible for the exemption, which means Chinese-produced steel that’s sent to Europe for finishing remains subject to 25 percent tariff. Most importantly, Caryl notes the EU deal is much more restrictive than earlier deals with Canada and Mexico.

The industry’s also changing, with the Biden administration rejoining the Paris Accords and pursuing a progressive climate policy. The U.S. and EU are beginning negotiations on a “global arrangement” on steel overcapacity and decarbonization with a target of the end of 2023 for completion.

“This is a perfect example of where trade and climate policy intersect,” Caryl says. “The global arrangement could create new enforceable rules for steel overcapacity, trade and government support for decarbonization, as well as new standards and rules for low-carbon steel products.”

Born and raised in West Virginia, Caryl saw firsthand how imports can devastate communities. After earning degrees in political economy and law from Tulane University, Caryl moved to Washington, D.C., to begin his career in the Commerce Department’s “non-market economy” (i.e., China) office where he worked on the first CVD investigation on China.

Caryl was then appointed as counsel to ITC Commissioner Charlotte Lane and completed a master of laws in trade at Georgetown at the top of his class. After the ITC, Caryl entered private practice at Kelley Drye & Warren and Crowell & Moring, where he focused on AD/CVD, customs and trade policy from all angles (for U.S. producers, importers, consumers, and foreign producer/exporters) for myriad industries, but especially the steel industry.

In November 2017, Caryl landed his dream job and hit the ground running. 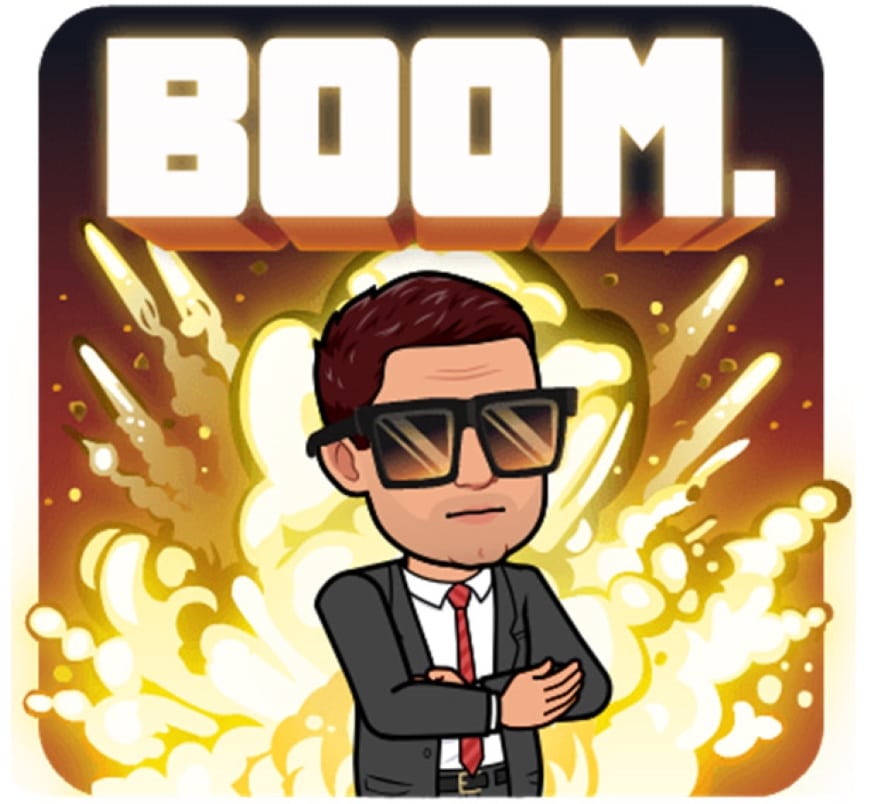 “When I arrived at U. S. Steel, we undertook a complete review of our outside trade counsel and internal trade action governance and budgets,” he says. Within a year, he brought in former Commerce Department trade specialist Kaitlin Wojnar to serve as in-housel trade counsel and insource as much of the trade work as possible.

“My prior experience at law firms helped me know what actions and issues to focus on, who should focus on what, and how much it should cost,” he says. “My understanding of U. S. Steel’s strategic priorities and the steel industry helps us focus on what matters the most. By working closely with outside counsel and insourcing, we have been able to both significantly reduce our outside trade spend and increase our trade action effectiveness.”

Caryl serves as a cleared adviser to the Commerce Department, the Office of the U.S. Trade Representative and Homeland Security. At home, he enjoys telling his wife and two children all about steel and supporting Washington sports teams—and sometimes the Pittsburgh Steelers.

Caryl was not exaggerating when he said 2022 is a pivotal year for U. S. Steel trade action: “Many of these are uphill battles, but we must win another five years of existing AD/CVD relief on flat-rolled steel, win new AD/CVD relief on steel pipe, maintain the Section 232 action, and shape steel trade and climate negotiations—all to support U. S. Steel’s financial, operational, and strategic performance for years to come.” 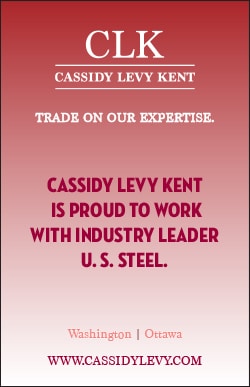 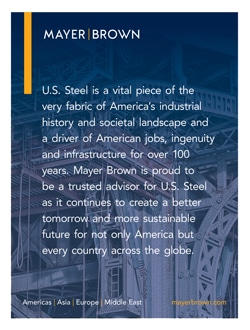