For cougars, building a bridge to somewhere

The line might lend itself to a tacky joke, but Benjamin Kota is OK using humor to make a serious point. So, when the National Wildlife Federation tweets #SaveLACougars, it’s meant to be taken literally. You see, Southern California’s sprawl and freeways are making life difficult and dangerous for the majestic big cats.

There’s got to be a way for mountain lions and people to co-exist, maintains Kota, who came to NWF as counsel of strategic partnerships and contracts in 2013, and was promoted to legal boss just one year later. 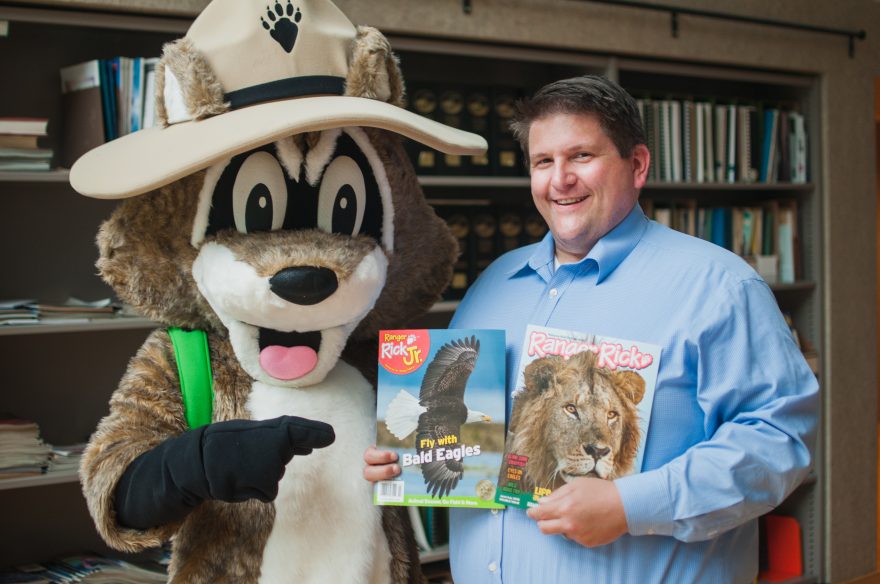 While Kota can’t take credit for the aforementioned hashtag—coined several years ago by NWF’s California regional director Beth Pratt-Bergstrom—he is putting his legal acumen behind that cause as well other campaigns undertaken on behalf of all creatures great and small.

And, he reminds, there is a lot of legal work that goes on behind the scenes of these advocacy campaigns that may only seem light-hearted. After all, NWF is the nation’s largest 501(c)(3) conservation organization, with 6 million members who expect their dues to be spent wisely, while the IRS and other green-shade agencies demand compliance with myriad regulations that govern fundraising.

All’s above board as far as the cougar campaign and other NWF efforts are concerned, assures Kota, who speaks hopefully of all kinds of critters having a safe crossing over the 10 busy lanes of the 101 freeway at Liberty Canyon in two or three years.

Though that crossing can’t be built soon enough.

“We’ve done a good job dedicating spaces, game preserves and parks, but we have to allow connectivity,” Kota tells Vanguard in late May. “The freeways are cutting off the animals’ habitat. They’re being forced to play Frogger (a video game where an often-luckless frog tries to cross a busy road) just to make it across.”

Thus, the overpass might be the last best hope for a threatened regional cougar population further beset by inbreeding through isolation, Kota says, quick to add that accidents are occurring from drivers trying to avoid all kinds of animals in harm’s way. Even the insurance companies have wised up to the value of the NWF’s partnering with local groups in advocating for the bridge. 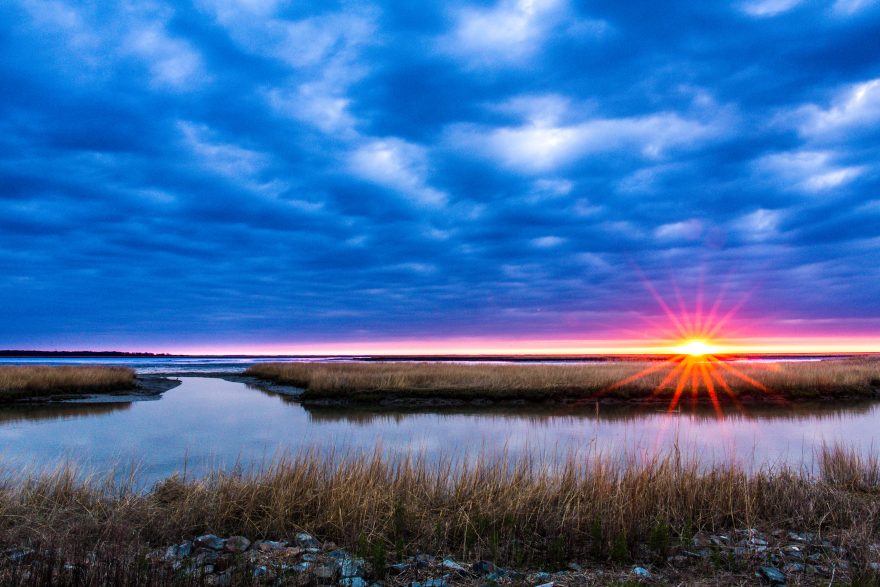 With a site identified and an environmental impact statement completed, work has begun to raise $60 million through the generosity of small donors, a few foundations and a handful of deep-pocketed benefactors whose names Kota conceals but says would be familiar to anyone well-versed on celebrity news. The cash will be earmarked for the California Department of Transportation, which also supports the project.

“The biggest hurdle will be construction, but we’ve engaged the entire L.A. community and they’re all excited about this,” Kota says from NWF’s headquarters overlooking a wildlife sanctuary in Reston, Virginia. “Even terrestrial birds are likely to follow a passageway like this.”

Where the bison roam

Kota’s cautiously optimistic that the Southern Cal cougar can fare as well as another big beast in which the NWF has taken an equally strong interest. Wyoming’s Wind River Reservation, home of the Eastern Shoshone tribe, now has a small, but robust, bison herd for the first time since the late 19th century.

In late 2016 NWF worked with the tribe to move 10 genetically pure bison from Iowa’s Neal Smith National Wildlife Refuge to Wind River, and last year the first of what’s hoped to be many calves was born. “Talk about something that makes you feel good,” Kota says. “And the herd continues to grow.”

The NWF will also keep tabs on grazing rights in Montana and elsewhere. The Department of the Interior has long leased large tracts of western land to ranchers, but, as many retire, the NWF seeks to buy their grazing rights and set the land aside for natural regeneration.

A big, iconic animal like the bison—or cougar, grizzly bear, porcupine caribou, etc.—helps the NWF draw attention to such a need, but Kota reminds that the plight of less conspicuous species can’t be overlooked. Hence, NWF found a willing ally in Kansas-based Barkman Honey and its Beesponsible program, through which it donates to the NWF for every social media post using #dontkillmybuzz, as well as giving a percentage of every Beesponsible T-shirt sale to support NWF and its pollinator-conservation efforts. While Kota knows of companies that have piggybacked onto causes just for public relations’ sake, he’ll vouch for Barkman’s commitment to bees.

“Consumer-protection laws come into play when nonprofits partner with for-profits,” he explains. “In these cause-related marketing campaigns, I have to ensure we comply with various state laws. Otherwise state attorneys general may get involved to protect the public.”

Then there’s the monarch butterfly that may not produce honey, but still is a species indicative of a healthy ecosystem. Kota has worked with mayors from communities along the butterfly’s migratory path, from the Gulf of Mexico to the upper Midwest, in campaigns to dedicate park space, plant milkweed and spurn nondiscriminatory insecticides.

While the NWF tries to be, in Kota’s words, “a big tent,” it can’t help but be drawn into political controversies. It’s a sensitive area where Kota must be especially vigilant, lest the organization lose its right as a 501(c)(3) organization.

“We have to guard against political bias. We are mindful of how the IRS, Congress and our membership perceive us,” Kota says. “But while this might sound Pollyannaish, we really do find that folks, regardless of background, care about wildlife and share in our common agenda for wildlife. We call these folks our conservation army.” 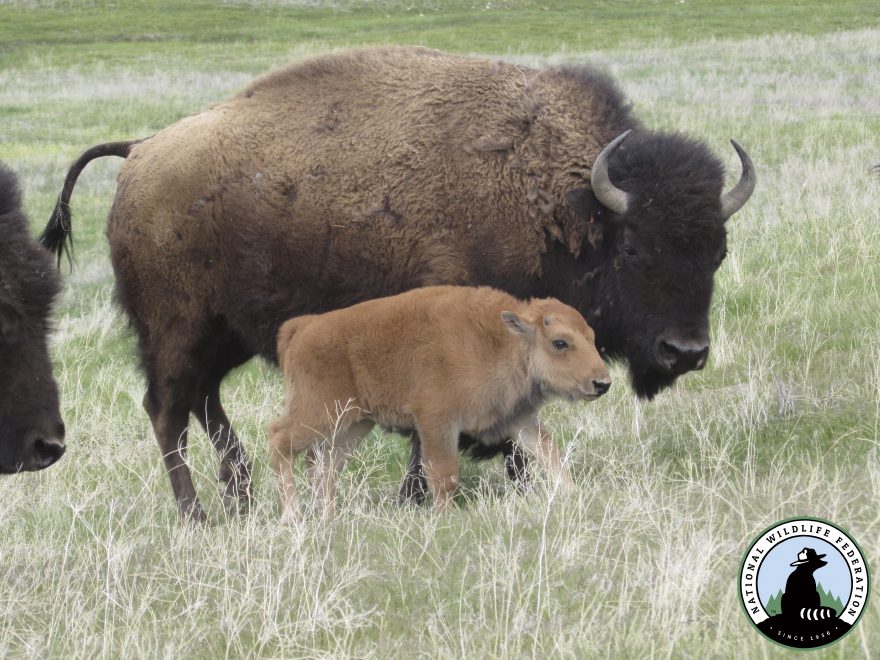 At any rate, there’s a fine line to walk. While the NWF is prohibited from political activities and limited on the lobbying front, it can take stands on issues, among them its opposition to the Enbridge Line-5 pipeline under the Straits of Mackinac in Michigan, and the relaxing of clean air and clean water standards.

The 501(c)(4) NWF Action Fund, which Kota also oversees as general counsel, enjoys a looser leash on political activities. At any rate, while NWF is barred from political endorsements, the NWF Action Fund did not endorse a presidential candidate in 2016.

If Kota had a preference, he’s not saying. The John Marshall Law School grad of 2002 takes the “big tent” seriously, and is glad to be carving a career out of mixing law and biology.

For he could easily still be focused on intellectual property, in which he showed such aptitude as a law student. He chuckles when recalling how, while inoculating mice as an undergrad at Saint Bonaventure, a biology professor suggested he go in the IP direction.

Kota and a couple of John Marshall students did start an IP law journal that’s been sustained by subsequent young scholars. He also spent part of his early legal life in IP and still weighs in when the matter arises at NWF.

But, at least for Kota, it’s all the better that the married father of a 5-year-old girl doesn’t have to focus on IP. Or on a professional life in a firm.

“The one negative I found in firms is that I would not see the full life-cycle of a project,” he says. “I’d be brought in to assist with specific aspects of a project. I like seeing something from start to finish.”

Especially if it includes a revitalized cougar population. 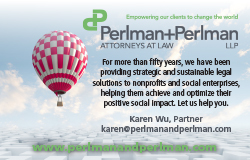