Leading a team of critical thinkers

Bodybuilding.com, the world’s largest online retailer of sports nutrition products, dietary supplements, and diet and exercise digital media, distributes products to 155 countries around the world. When it comes to overseeing both legal and regulatory compliance functions, Bodybuilding.com relies on the counsel of Bill Carter. With 20-plus years’ experience in food, drug and supplement retail law, Carter’s position focuses on consumer safety and confidence in the brand.

“This means that the items we sell are compliant with the applicable regulatory requirements for those products,” Carter explains. “The rules differ in the United States with the Food and Drug Administration and Federal Trade Commission versus say the European Food Safety Authority or the regulatory agencies of the 28 member states.” 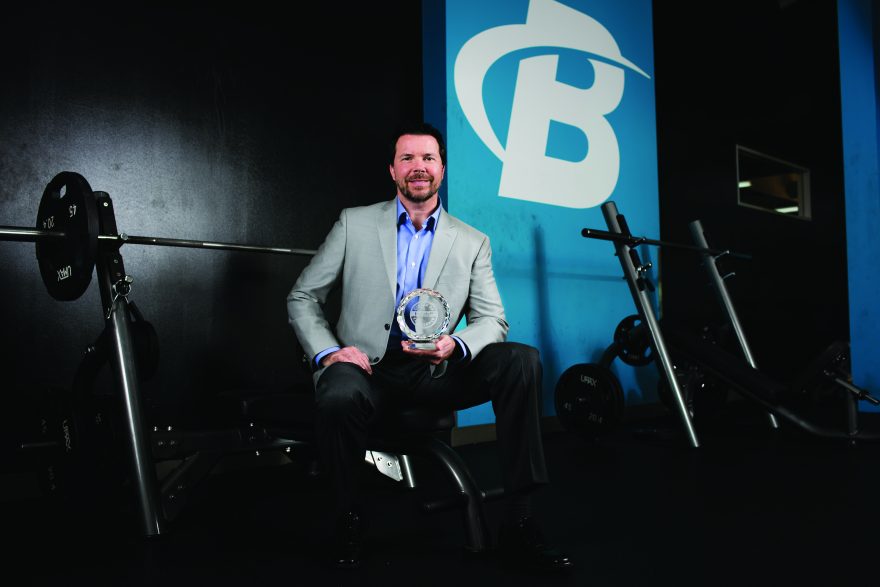 Carter oversees a legal and compliance team of 23 full-time professionals who work every day to ensure the products that Bodybuilding.com produces and sells are safe and of the highest quality. “I’m very happy to say that as a company we have no litigation in this area,” says Carter. “Currently we have no product liability cases. Quality drives our approach and we’re all about brand reputation, brand protection and smart business.”

In contrast to household items, when dealing with a product that people ingest, the methods of manufacturing, storage, distribution and marketing must be scrutinized. Also, offering a private label line of products means that Bodybuilding.com maintains contracts with third-party manufacturers to produce powders, capsules and tablets. “We inspect those manufacturing facilities for compliance with FDA regulations,” Carter explains. “We also make sure that the raw ingredients are compliant and sourced properly.”

Carter did not necessarily see himself going into the law profession in his younger years. Working as a librarian for a law firm while in college (in the days before Westlaw and online legal research), Carter conducted a fair amount of legal research and became self-taught to a degree in the discipline. Upon receiving an undergrad degree from Boise State University, the firm Carter was working for offered a scholarship for law school, which he accepted. “Initially, I thought I wanted to go into film production. But I was very fortunate to have the opportunity to attend law school at no cost,” recalls Carter. “Once I graduated, I went to work in the legal department at Albertsons, a Fortune 30 grocery retailer.”

In his 10 years at Albertsons, Carter was exposed to a variety of legal issues involving real estate, litigation, merger and acquisition work, intellectual property, technology licensing, policy making, internal investigations, ecommerce distribution, marketing and advertising, regulatory compliance and contract drafting. “Albertsons is a world class retailer and I really gained some great experience in functioning as a business lawyer for them,” says Carter. “It was this background that ultimately propelled me to my position as general counsel here at Bodybuilding.com.”

In 2005, Carter recognized that Albertsons was going to be sold. He left Albertsons and started his own legal and real estate firm. Ironically, the grocery store chain became Carter’s first client. “What I was doing on the inside just became billable work as an outside counsel,” Carter explains. “I then picked up several other corporate clients to support the practice. With in-house experience, I was able to appreciate the challenges in-house lawyers face and function as a more effective outside counsel for corporate clients.”

While building his commercial real estate and law firm, Carter gained Bodybuilding.com as a client when the company’s general counsel left in early 2011. “I ended up becoming their de facto general counsel, taking on quite a bit of their legal work as an outside attorney,” says Carter. “Over time, it became clear that the company needed a GC; a number of internal compliance processes needed development or enhancement and we were able to put together an employment package that warranted winding down my firm and moving back in-house.”

The decision to join Bodybuilding.com and its parent company, Liberty Ventures, is one that Carter does not regret. Since helping to establish the online shopping portal at Albertsons, Carter has expanded his knowledge and understanding of the food and drug business as well as the e-commerce platform.

Counsel with a purpose

In managing the legal staff at Bodybuilding.com, Carter maintains several criteria that he looks for in a potential team member. The ability to communicate clearly, think critically and the willingness to continue learning are crucial characteristics that one must embody to be considered for a position. “There is a limitless world of information that we can learn about our industry from each other,” says Carter. “We have to fully understand who and what we are, which is a subsidiary of a parent company that is publicly traded. We have to expect and maintain the highest ethical standards.”

The foundational aspect that health and fitness brings to the lives of many people is the driving force behind Bodybuilding.com’s objective. “We really view ourselves as being in the business of changing lives,” says Carter. “We have a three-tier system that is part of our mission: information, motivation and supplementation.” Carter says that the company receives numerous letters from customers who have credited Bodybuilding.com with saving their lives.

Outside of work, Carter is a member of a nonprofit organization called The International Group for Historic Aircraft Recovery (TIGHAR) that is devoted to the preservation of historical airplanes, as well as the search for Amelia Earhart. As a member of TIGHAR, Carter has been on numerous expeditions performing archeological work in the South Pacific and negotiated with foreign governments, publishers and Discovery Channel. He also remains physically active, playing in the local community recreational football league. When Carter isn’t providing counsel, preserving historical airplanes or playing football, he enjoys spending time with his wife and three daughters.