Reaping rewards by working together

Hyperion Materials & Technologies has been around for a long time, but in the wake of ownership changes it’s looking to write a new chapter as it gives employees a stake in the company.

Based in Columbus, Ohio, this global solutions provider found its niche in manufacturing hard and superhard materials, including cemented carbide, industrial diamonds and cubic boron nitride. 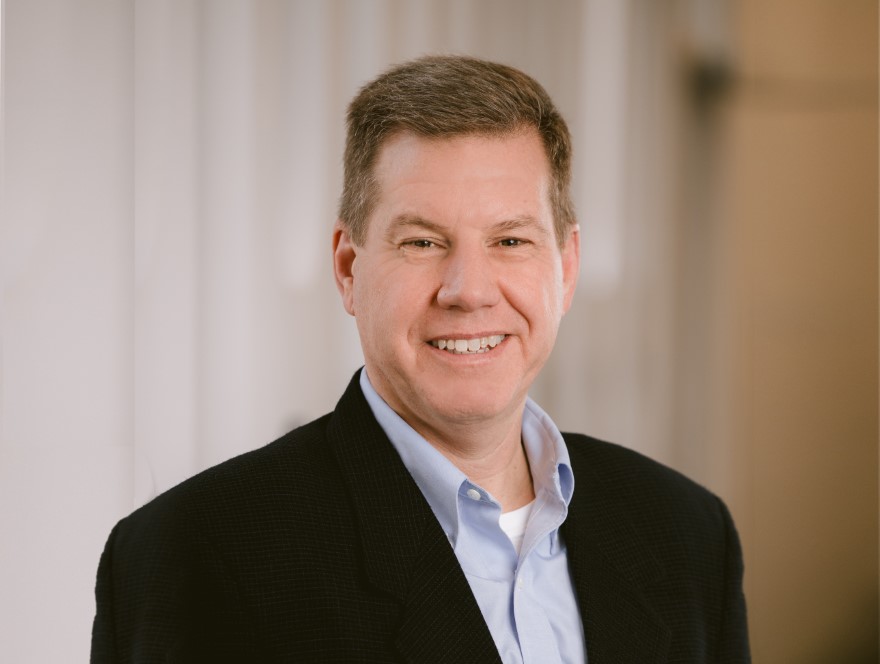 Following the company’s acquisition by the renowned private equity firm KKR, Hyperion brought in General Counsel Brian Coate to realign company culture with new management protocols and facilitate a KKR-sponsored organizational change to provide all employees an ownership stake in the company.

“It’s unique to provide some form of ownership to all employees,” Coate says. “It’s rewarding to show our associates how, through their individual contributions to the company’s success, they will ultimately share in the rewards.”

Skin in the game

As Coate explains, Hyperion was previously owned by Sandvik AB, a Swedish engineering company. One facet of Sandvik’s business was metal cutting—one of Hyperion’s strong suits in the hard and superhard materials industry.

In 2018, KKR acquired Hyperion from Sandvik, adding to its industrial portfolio. KKR’s Co-Head of Americas Private Equity Pete Stavros had a longstanding belief that an actively engaged workforce—with people acting and being treated like owners—produces a better company for all. That mindset led KKR to implement an ownership model at Hyperion, making every employee a stakeholder through the company’s Hyperion Ownership Participation Program. 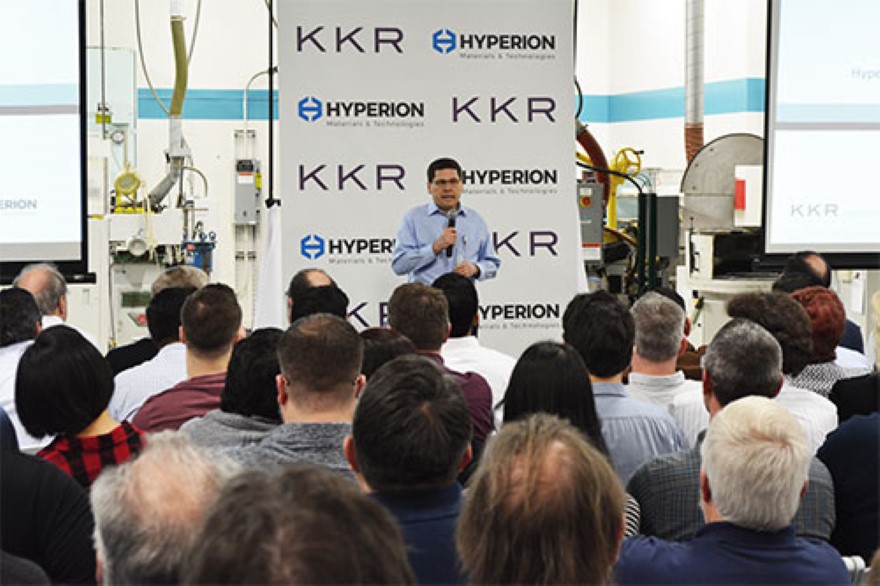 Coate says the program’s purpose is to incentivize employees to think and act like owners and to recognize them financially for their contributions, leading to greater engagement and resulting in a stronger company.

“Employees have the right to share alongside KKR in the value created through our strategic activities and initiatives,” Coate says. “We are building a culture in which every employee is encouraged to operate the business as an owner. Now, every employee will reap a scalable financial award when KKR exits its investment.” 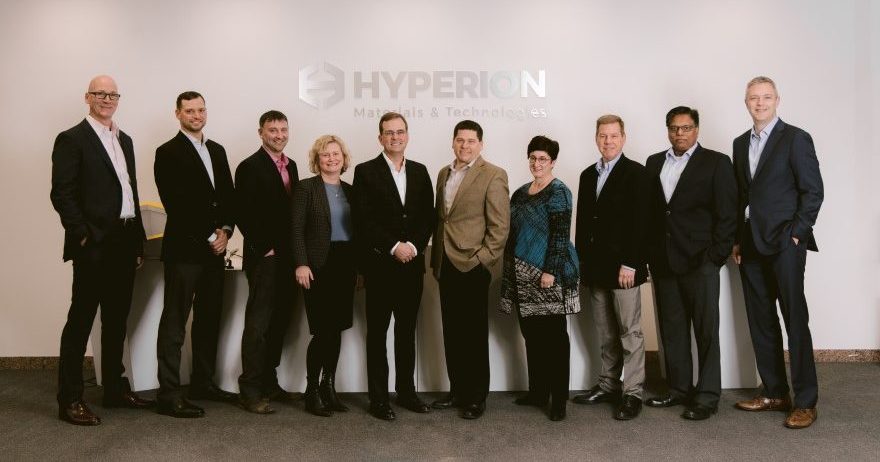 “They needed someone who could manage legal operations domestically and internationally and rise to the occasion to put out fires as they come,” says Kirkland Partner Jennifer Perkins. “Hyperion was also looking for someone to establish employee engagement and carve out a legal identity. … They are lucky to have him in place.”

For Coate, Kirkland has been a valuable asset, providing resources in multiple jurisdictions where Hyperion conducts business.

Under the Sandvik umbrella, Hyperion didn’t have a dedicated legal department. As issues arose, they were handled from afar—if at all. 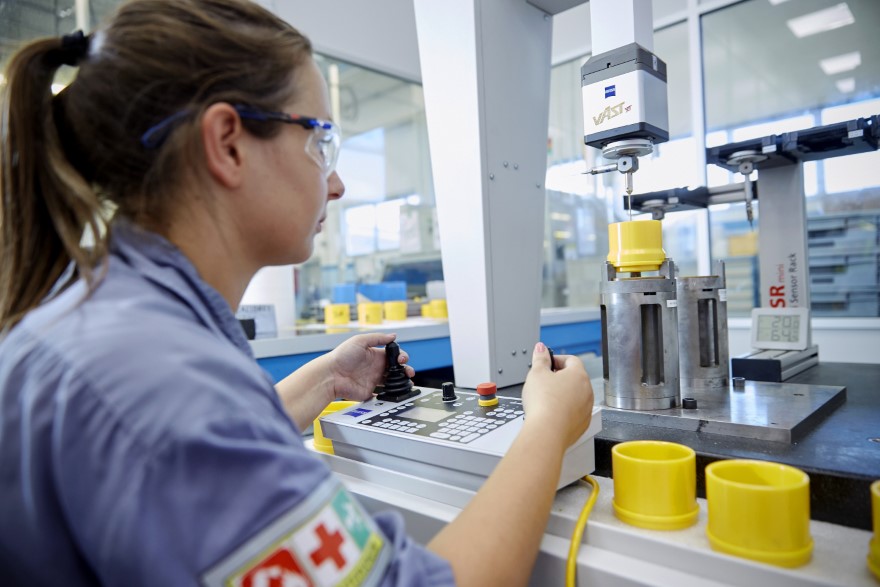 As Hyperion’s first general counsel and starting from scratch, Coate made sure the department established the basics: hiring internal resources; establishing compliance policies; creating record-keeping protocols and the like.

The bigger challenge, Coate says, was a cultural one: building employees’ relationships with a department they’d never known.

“Everyone was used to being a smaller piece of a larger whole. They weren’t used to receiving—or even asking for help. As a new, stand-alone company, we needed to rethink our risk tolerance globally,” he says.

Now, employees throughout the company are receiving the attention they deserve and a renewed focus on their business.

“I’m educating colleagues on the value we can add as a legal department,” Coate says “Together, we are learning what business risks may be acceptable and those that are not.”

Working across four continents, Hyperion is home to approximately 1,600 employees in nearly 20 countries.

That presents many challenges, Coate says, as every location was left to operate its business and manage legal issues independently. Under new ownership, that needed to change.

To spread the word about Hyperion’s enhanced legal support, Coate went on a global tour, which included trips to Asia, Europe and its North American locations. 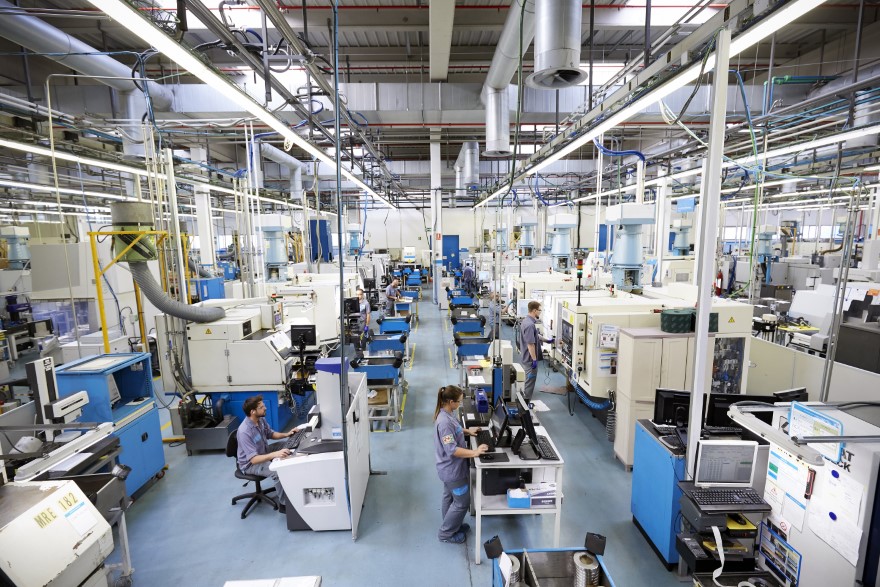 “The prior owner allowed local teams to run their operations independently,” Coate says. “It was challenging to connect with colleagues in so many different locations from Columbus, Ohio.”

Connection, compliance and continuity were three objectives Coate considered paramount. He wanted to apply the same support and conditions across the business—from compliance to sales contracts.

For Coate, joining Hyperion was an opportunity he couldn’t pass up. In many ways, it was tailor-made.

Coate originally trained as an architect, earning a bachelor’s degree in architecture at Miami University. After three years, he concluded sitting at a drafting table wasn’t his calling. 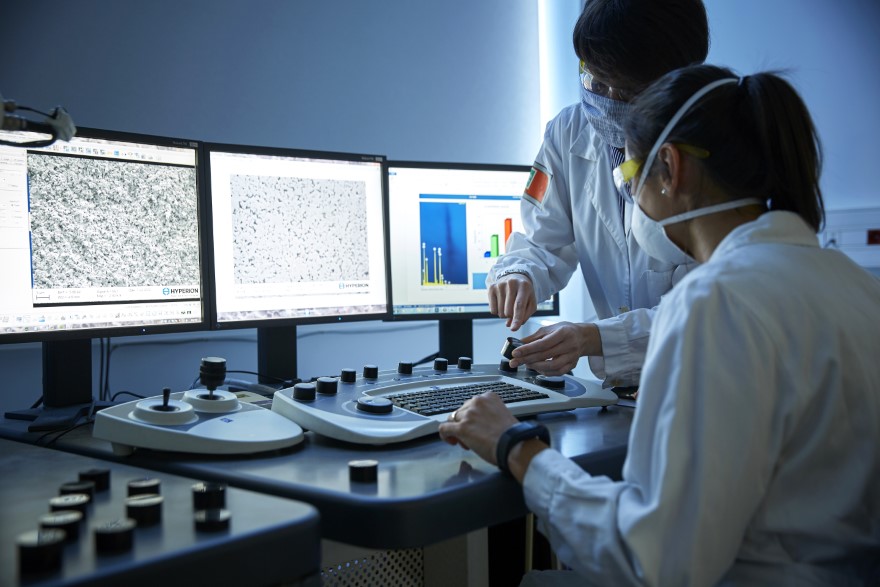 Leaving his profession, he went to law school and earned a J.D. from Case Western Reserve University School of Law in 1995. “Life takes you places you might not have envisioned,” he says, speaking about his transition from architecture to law.

Coate began his legal career as a corporate associate at Squire Sanders & Dempsey in Cleveland. While there, he sought out an opportunity to work in the firm’s office in Prague, Czech Republic, where he learned the value of recognizing cultural differences.

In 2003, he took an in-house position at the Cleveland Clinic Foundation as the organization’s first in-house attorney, focused on corporate matters and financial transactions. By 2005, however, he was tipped off about an opportunity at Aleris Corporation, a company with a story quite similar to what would unfold at Hyperion.

Coate was hired as vice president, legal for the rolled products business unit. During his 13 years there he got an education witnessing the challenges inherent in the business—including mergers and acquisitions, grappling with an economic downturn and developing a leadership team.

“It was a role that prepared me well for this,” he says.

By 2018, Coate was ready to try his own hand at building a legal department. Hyperion played to his interests: A chance to be part of a company he could be proud of by mapping out the structure of a new legal department; building a company culture based on employee engagement around the world; and advising employees on problems they were used to encountering on their own.

“Developing a vision and working toward a common goal is extremely rewarding,” Coate says. “Every day presents new and exciting challenges.” 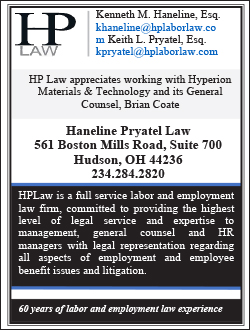