Formerly a state agency in Maryland, Chesapeake Employers Insurance started becoming a private, nonprofit and nonstock insurance carrier in 2013. That was during the run-up to what’s since been a most challenging time.

First there was the nationwide opioid crisis that had the company—Chesapeake Employers for short—immersed in the national debate over what protocols should be followed before an injured employee is prescribed a potentially addictive painkiller. The company vested in stopping rampant over prescription, it began offering detox treatment and gifted the Maryland Department of Health with $750,000 to track dispensed meds.

Then last year came COVID-19 and issues over how the virus should be regarded in workers compensation, with extensive debate before the Maryland legislature. Among the more recent controversies has been whether medical marijuana should be included as treatment under workers comp, with advocates citing its relative affordability and fewer side effects compared to opioids. 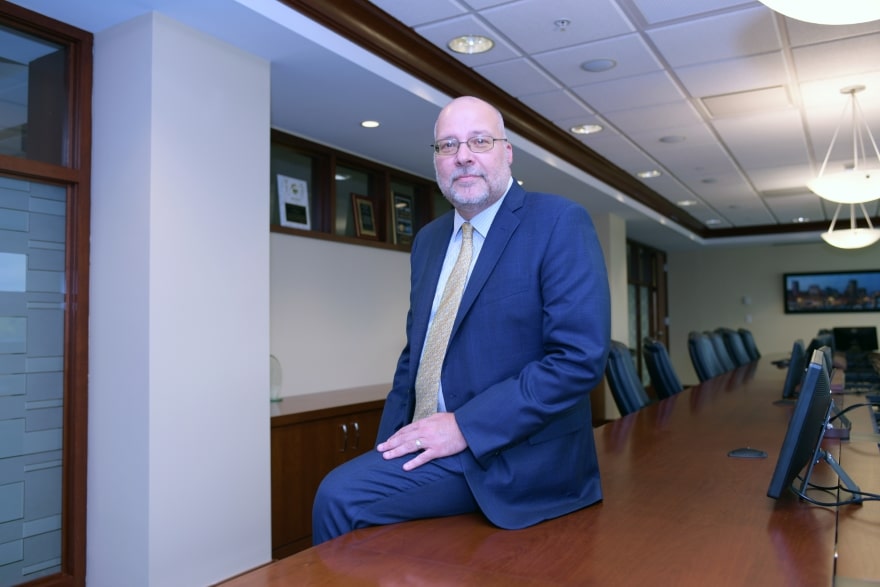 Times have never been so challenging, Carmine D’Alessandro tells Vanguard in April. The company strives to stay competitive while operating under an economic model that retains its obligations to provide a stable market for workers compensation to Maryland employers.

Where COVID-19 is concerned, “You can’t just start cancelling policies because the bills aren’t paid, and you can’t just keep charging the same premiums when risk has changed,” says D’Alessandro, chief legal officer since 2016, from company headquarters in Towson, Maryland. “You’ve got to make adjustments while being mindful of your own interests. But we try to get our tentacles into the community and help out where we can.”

D’Alessandro’s tentacles and those of Chesapeake Employers seem similarly connected. He’s a rarity in the world of in-house law, this company being his only employer since he graduated from University of Baltimore School of Law in 1993. It wasn’t planned—it’s just worked out that way.

“I never expected this to be a career, but it’s been the perfect marriage,” he says. “I came here as just a litigator out of law school and thought I’d do workers’ comp for around three years. But as the years progressed, my job duties kept changing.”

The former litigator’s oversight gradually extended into special investigations, audits, claims and litigation. Upon his 2016 promotion, he was further entrusted with compliance and government affairs, and now heads seven departments containing 135 employees. 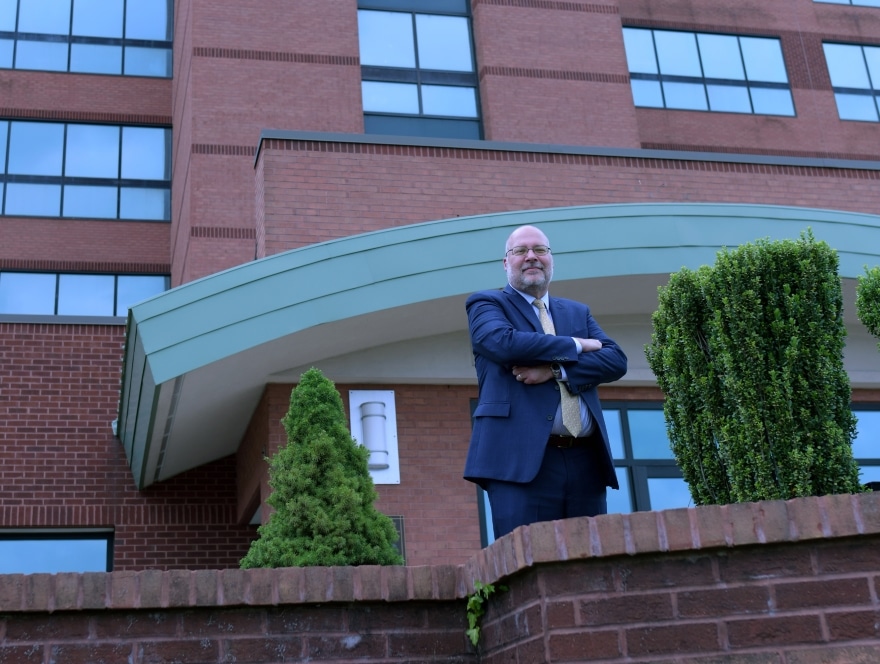 And what exciting times the last five years have been, with D’Alessandro helping apply the final touches to Chesapeake Employers’ transition to the nonprofit private sector.

There’s new corporate governance in place, the Maryland governor now choosing just two, rather than all nine, board members with the remaining seven elected by policyholders. The business model has expanded, with a venture capital firm and a third-party administrator’s services, to benefit state and municipal workers who suffer work-related injuries or occupational illnesses.

In April, D’Alessandro helped seal the company’s 15-year partnership with the University of Maryland, Baltimore County, that now has the Division 1 Retrievers playing in the rebranded Chesapeake Employers Insurance Arena. Cybersecurity of paramount importance to any entity involved in health care, he has a role as legacy platforms give way to new technology.

And there’ll always be something more to oversee at the state’s largest underwriter of workers’ comp.

Maryland law decrees that businesses with at least one hired hand carry workers’ compensation insurance. Chesapeake Employers has 22,000 policyholders—many of whom are small businesses. At last count there were around 3,000 open claims.

“They’re our stakeholders, those injured workers,” D’Alessandro emphasizes. “We want to get them the best care they can get and get them back to work. That’s what humanizes us—our adjusters know them as people and not computer numbers.” 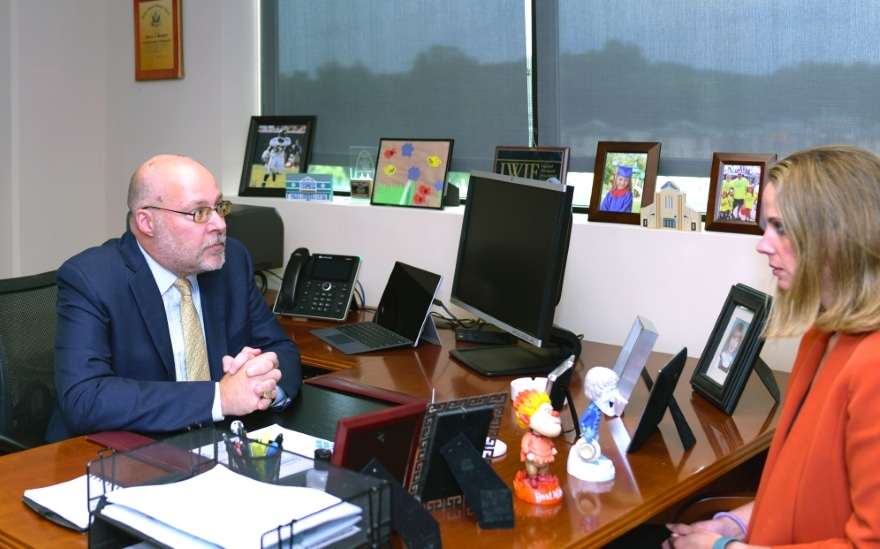 Same goes for their policyholders, he goes on to say. Unprecedented times have caused Chesapeake Employers to make concessions to policyholders who either can’t make payments or can cite reasons for a lower risk assessment. The premiums are based on risk, and if companies don’t furlough employees or move them into less risky positions, D’Alessandro says Chesapeake Employers will try to adjust the charges.

The company has also been coordinating benefits with the federal CARES act, adding to the compliance role. Chesapeake Employers also participates in Kids’ Chance of Maryland, which provides education assistance to children whose parents were killed or severely injured on the job.

“I think we’re making a big difference,” D’Alessandro says. “The directions we’ve taken have been rather novel, not mainstream. We’re investing in Maryland’s future.”

That takes a long-term view, and he says the company is well-positioned to do so, Chesapeake Employers having the most seasoned of executive teams. CEO Thomas J. Phelan has been with the company since 1990, ascending to his present role in 2007. The average tenure of the top five positions is 25 years, with everyone—D’Alessandro included—moving up through the ranks. 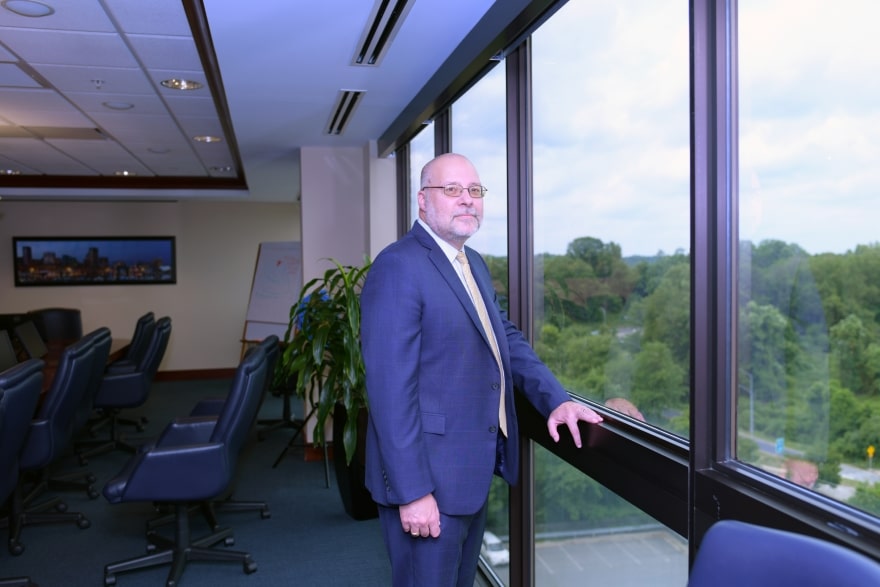 It’s a company that believes in promoting from within, and while D’Alessandro says he’s yet to enjoy a 40-hour week, there’s still a work-life balance that his friends at Baltimore’s law firms may not experience. He appreciates that because, as the son of an Italian immigrant, he relishes following European soccer though, curiously enough, Liverpool is his favorite team.

As is Chesapeake Employers, D’Alessandro noting that the pandemic’s challenges notwithstanding, nobody in the 400-strong workforce was laid off.

“I started here as a 23-year-old and couldn’t have written a better job description for what I want to do,” says the married father of three school-age children. “I touch a lot of the organization, which keeps it fresh and new every day. I’m forever grateful to Tom Phelan, my CEO, and our board of directors, for allowing me to grow professionally.” 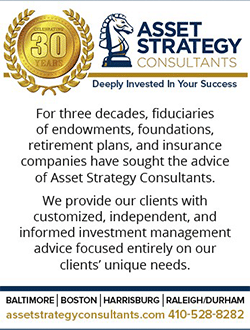 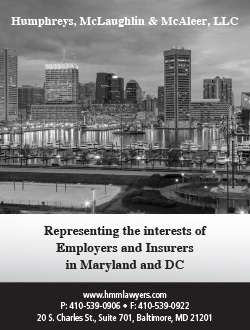 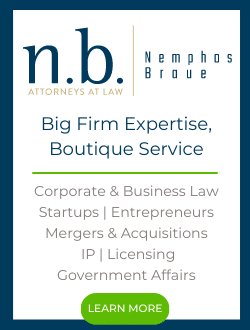 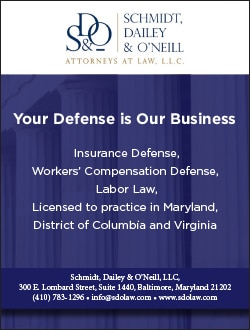