Building the foundation of trust in order to rise

From creating a budget and project timeline to ensuring safety and accessibility, trust is paramount in the construction business. Without it, the risk of failure and collapse—both literal and figurative—can rise dramatically.

It’s a sentiment that Canada-based Maple Reinders embodies to a towering “T.” The full-service construction company specializes in industrial, commercial and institutional building—as well as civil and environmental construction, including everything from wastewater treatment plants to cogeneration plants.

Since its founding in 1967, Maple Reinders has completed over 2,900 projects across the country and received numerous awards for innovation, sustainability and design. It’s also a platinum member of Canada’s Best Managed Companies. 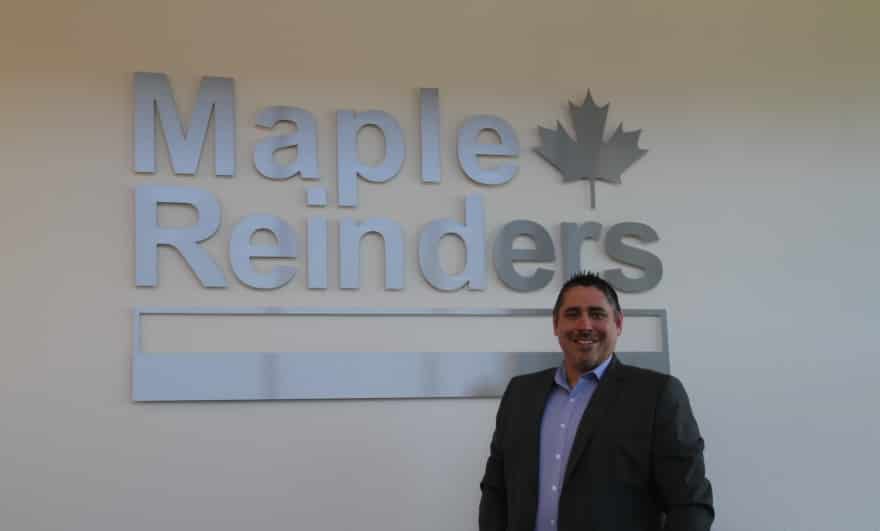 As general counsel, Chris Moran is helping lay the foundation for the growth of the company. For him—as with the company itself—trust is key.

“We pride ourselves on our honesty and relationships,” he says. “Our reputation has helped us to continue to thrive and grow. Here, there’s always a willingness and desire to grow, and to do bigger and more complex projects.”

Regardless of the size and scope of a project, Moran believes that a sound legal foundation is critical—even if that base is made of paper.

Over the past few years, he has been revising and drafting documents, such as memorandums of understanding, teaming agreements, joint venture agreements and design services agreements. He says these template documents enable his team to work with the company’s clients, partners and subcontractors more efficiently.

Though he understands that there will inevitably be some further work negotiating and redrafting certain documents, Moran says the templates help set a baseline for the company’s risk profile and contractual terms and conditions.

“Every company has their way of doing things, so when I came aboard, I took some time to see how things were done at MR before deciding to make any changes,” he says. “During that time, I identified areas, processes and documents I thought I could modify, update or create that would assist our operations teams, as well as our subtrades, partners and clients.”

According to Moran, most issues in construction law fall into two buckets—which happen to overlap with two of Maple Reinder’s key business areas.

Work in the first bucket relates to the front end of projects, including procurement, or acquiring the necessary materials and services to complete a project. Specifically, Moran and his team review the documents (including contracts) to provide legal and risk analysis, so they can assess the project through the bid. 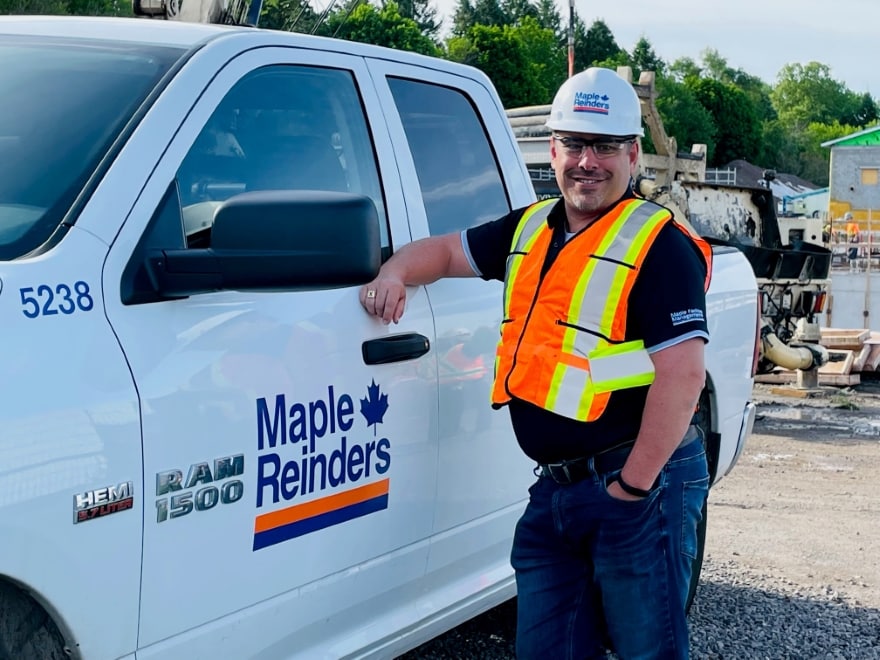 For the second bucket, Moran’s team deals with issues that arise through the operational side of the project—from assisting with contractual interpretation and negotiating agreements, to addressing conflicts that arise on site or when dealing with claims. He says such requests are part of the business and it’s his job to ensure the issues are resolved fairly and in a timely fashion.

For Moran, the goal is to ensure his team is integrated into the business at every step of project development.

“Allowing the legal team to be engaged early in the process, and actively involved throughout the project, will help the company properly assess the potential risks and be better prepared to deal with the issues that arise during the operations phase,” he says.

Moran says that in the construction world, lawyers have traditionally been seen as “slowing things down.” But that stereotype is beginning to change as legal teams use technology to make their processes more efficient.

“That’s one place where the trust factor is really important,” he says. “I’ve worked hard to become an asset and trusted advisor by adding value.”

Moonlighting as a kid taxi

Indeed, if anyone understands the intersection of law and construction engineering, it’s Moran. His father was an engineer who worked in the construction industry his entire career, primarily as a general contractor. As a result, Moran believes he learned construction through osmosis, with construction law feeling like second nature to him.

Born and raised in Toronto, he moved east after high school to attend St. Francis Xavier University, where he earned a bachelor’s degree in political science and economics in 2000. He then went to law school at the University of New Brunswick, earning a Legum Baccalaureus in 2004, before moving back to Ontario to article at a small firm.

After being called to the bar in 2005, Moran joined McLauchlin & Associates, a construction law firm, where he spent six years honing his expertise. He negotiated and drafted contracts, reviewed and analyzed procurement and tendering documents, and prepared and pursued claims and litigation for clients. 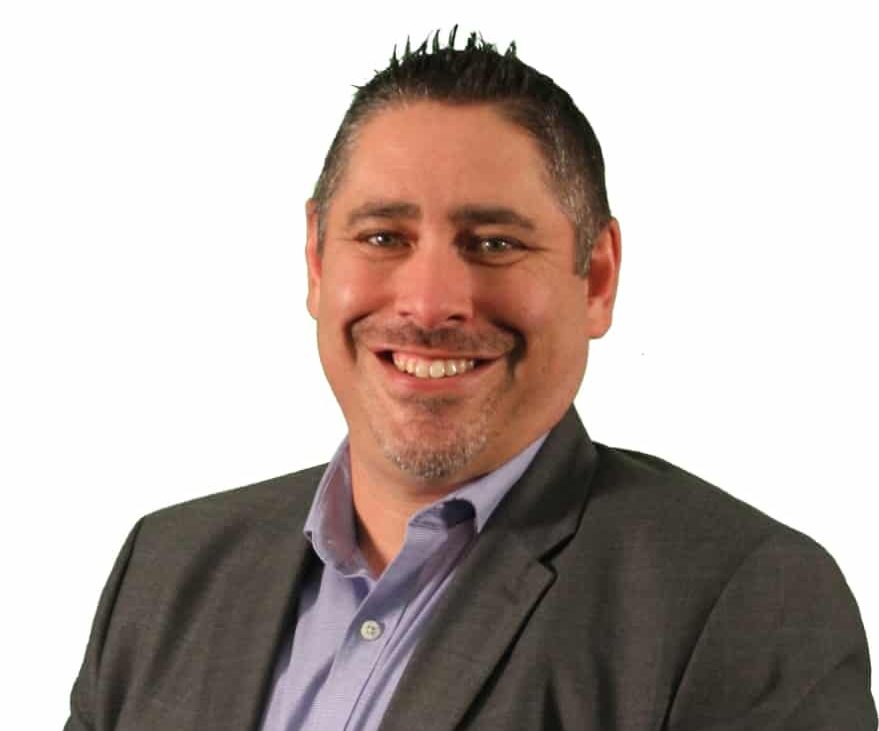 In 2010, one of Moran’s former colleagues who had gone to work at EllisDon, convinced him to join the company’s legal team. He spent nine years at the construction services company, where he helped run its legal team and learned the ins and outs of the in-house counsel role. He also gained experience in infrastructure development and eventually transitioned into a commercial role, where he acted as the project lead on complex infrastructure projects.

Moran’s experience and expertise led him to Maple Reinders in October 2019. As general cousel, he’s a member of the executive team that leads the company, acts as an advisor to the CEO, senior management and board of directors, and leads the team responsible for all legal aspects of risk management.

Outside of work, Moran is fully immersed in his second job: being a full-time taxi driver for his daughter and son, taking them to rinks, fields and gyms. He and his wife share a passion for hockey and traveling, having recently flown to New York City for the first time.

As he approaches his third anniversary at Maple Reinders, he says he’s grateful for all he’s learned and is excited for the growth that’s to come.

“The previous roles and positions I’ve held, as well as the companies and people I’ve worked with and for, have provided me with the experience, expertise and confidence needed for this role,” Moran says. “I enjoy being part of a team that provides strategic leadership to the company as we continue to grow and strive for bigger and better things.” 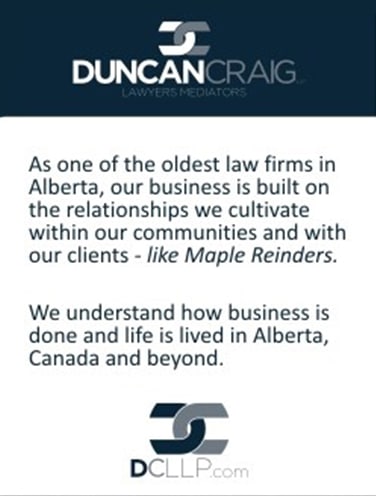 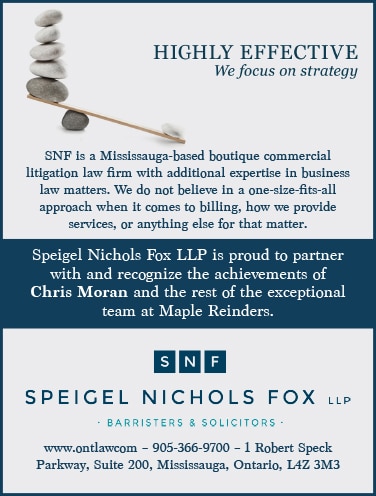 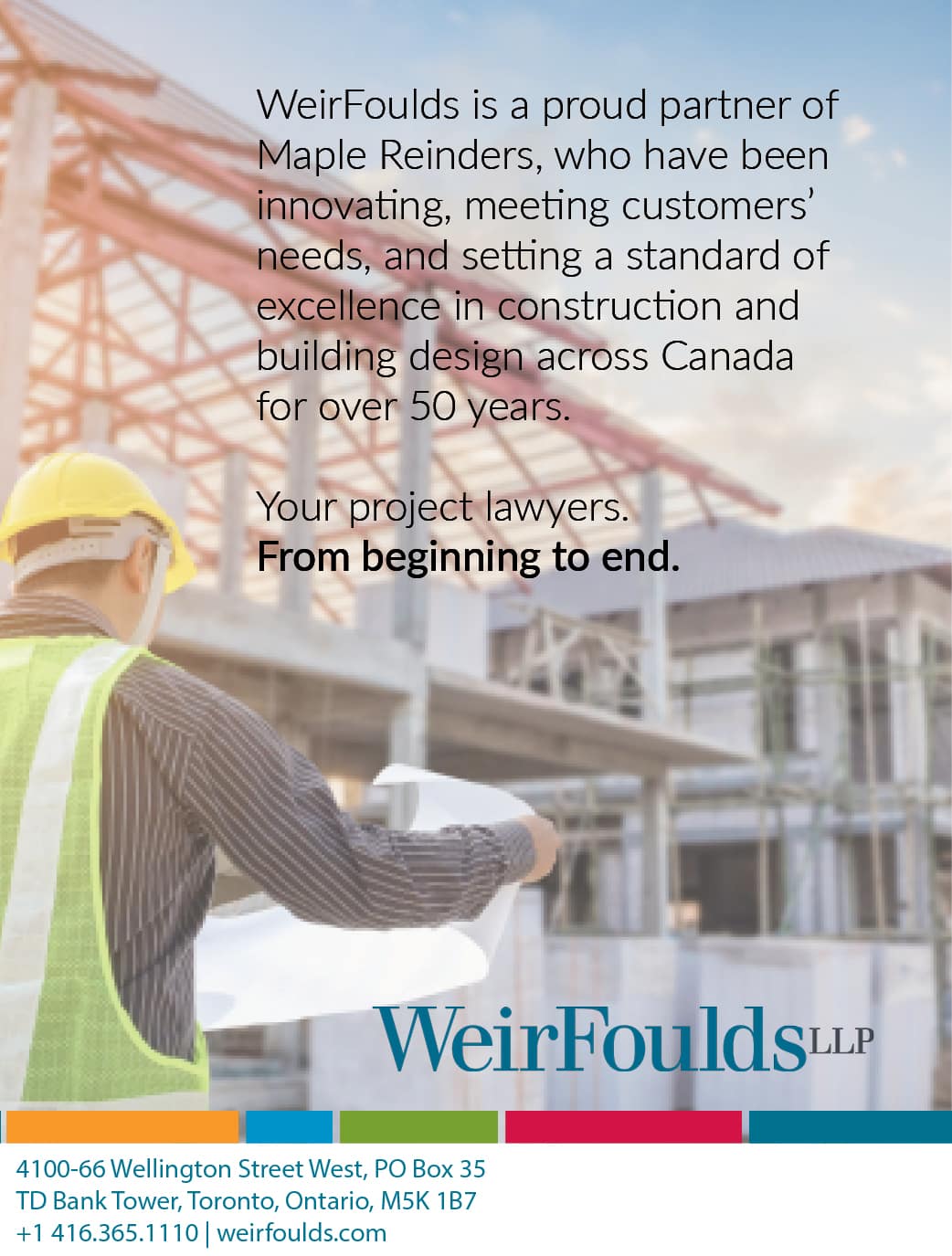