Every sentence, reference and citation was checked—twice, three times, maybe four. To the unapprised, what Christine Mott was working on, toggling between drafts, research data, policy statements, input from colleagues and her computer screen, might have seemed mundane.

But for Mott, general counsel of the International Council of Shopping Centers (ICSC), a global trade organization representing the retail real estate industry, the stakes were anything but ordinary.

“It’s incredibly gratifying knowing I’m contributing to something so impactful,” Mott says about the amicus brief in South Dakota v. Wayfair case, which she helped submit to the U.S. Supreme Court, shortly before speaking with Vanguard in late May. “This has been our top public policy priority for many years, so it’s encouraging to know we’re moving towards closure in our efforts to level the playing field for physical retail, which will not only undo this unfair market distortion, but also ultimately help local communities.”

Filed by ICSC and its fellow commercial real estate amici—including the Investment Program Association, Nareit, the National Association of Realtors, and the Real Estate Roundtable—the brief served as a key argument in the landscape-altering case. 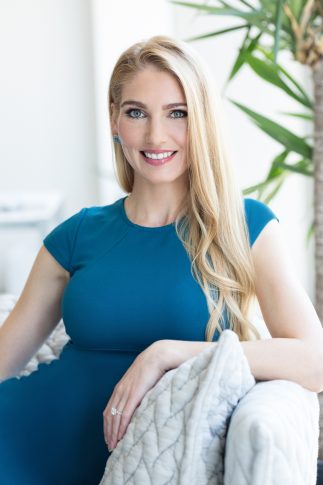 At issue was whether online sellers—Wayfair, Overstock, Amazon, Zappos, and all the rest—should be required to collect state sales taxes like their brick-and-mortar competitors. The case represented a challenge to the physical nexus standard established in the 1992 pre-internet Supreme Court ruling, Quill Corp. v. North Dakota, which affirmed that, unless a retailer had a physical location within the state, they weren’t required to collect the attendant sales tax.

As a result of the Quill standard, states were generally unable to collect sales tax from online-only retail transactions, meaning online retailers were able to sell the same merchandise at lower effective prices (e.g., less the applicable taxes), leaving physical retailers at an unfair price disadvantage.

The 5-4 ruling in South Dakota v. Wayfair, handed down on June 21, overturned the Quill physical nexus standard, adopting instead a new “economic nexus” standard. Adopting the arguments put forth by ICSC and its fellow amici, the Court ruled in clear and unambiguous terms that “the physical presence rule of Quill is unsound and incorrect,” and “creates, rather than resolves market distortions” that hurt businesses and local communities.

As the Court concluded: “Modern e-commerce does not align analytically with a test that relies on the sort of physical presence defined in Quill.”

For Mott, the Wayfair decision is an enormous victory that marks the culmination of years of hard work by ICSC to adjust the laws to reflect the realities of today’s marketplace. The potential impacts, however, promise to resonate far longer.

At a time when online commerce is on the increase, organizations like ICSC argue that, now more than ever, it’s paramount that physical commerce be given a level playing field—a vital safeguard not only for the companies and communities, but the broader economy as well.

“Keeping those tax dollars in the states is how you build schools and fund fire departments,” Motts says. “Until this market distortion is corrected, local businesses will continue to suffer competitive disadvantage and, as a result, businesses may close, people lose jobs, communities lose the economic and social value and vitality of a fully functioning Main Street, which, in turn, affects property values. It’s all tied together. We are thrilled that the Supreme Court has recognized the inherent unfairness of the antiquated physical nexus standard and embraced our arguments to adopt a new standard to level the playing field for all businesses.”

In the aftermath of the Wayfair decision, states are now able to use the South Dakota law as a model to create and implement tax policies that treat sales transactions the same, whether they take place online or in a brick-and-mortar location.

When it comes to championing policy initiatives that address the needs of all of its nearly 70,000 members—from mom and pop businesses to corporate giants—ICSC’s sheer size and scope present some unique challenges and opportunities.

In an effort to guide policy decisions in a way that both supports industry priorities, and considers individual member issues, Mott works closely with her colleagues in ICSC’s global public policy team to gauge the potential impact from a legal and policy perspective. That, in turn, can affect how Mott and ICSC approach things like participating in appeals in cases of significance to members or the industry, lobbying and stakeholder engagement.

In addition, Mott often solicits the input of ICSC’s attorney members. Comprised of legal professionals from both private practice and the corporate world, these pro bono hands are encouraged to share their insights and expertise to allow ICSC to take the pulse of the industry.

According to Mott, their contributions have been crucial in ICSC’s amicus effort in Wayfair v. South Dakota and other appeals of consequence to the industry.

“I’ve always embraced the challenge of knowing every day will bring something new to tackle,” says Mott, who balances this workload with one seasoned paralegal, Iris Petriske. “It’s a lot to handle, but I’m fortunate to work with a great team of engaged colleagues and dedicated members.”

Truth be told, Mott can save at least part of the credit for herself. Upon joining ICSC as assistant general counsel, she immediately set to work standardizing the organization’s policies and procedures for all operations in the U.S., Canada, England, Singapore and Mexico. Model contracts were developed to streamline and create uniformity in legal and risk terms. Departments were given their own compliance playbooks.

Most importantly, Mott dedicated herself to developing relationships with colleagues in ICSC’s various departments, to better understand their business needs, build trust, and integrate legal into ICSC operations to equip each business unit to operate optimally.

“I know from colleagues in other organizations that, too often, legal departments can be viewed as the ‘land of no’, which can lead to people avoiding looping in legal,” Mott says. “My goal is for legal to serve as business partner to guide and facilitate ICSC’s strategic objectives. Everyone knows my door is always open for colleagues to get advice on any matter, great or small.”

Owing in large part to these efficiencies, Mott was promoted to general counsel in 2015, less than two years after her arrival.

With ICSC’s internal operations running smoothly, Mott turned her attention to servicing the organization’s global membership of attorneys. She helped create an annual Latin American law conference, to be hosted on a rotating basis throughout the region, as a counterpart to ICSC’s flagship regional event, RECon Latin America. She also reinvigorated ICSC’s amicus participation in cases of significance to the industry, elevating ICSC’s role in legal and policy issues.

“Our role is to serve our members and the industry,” Mott says. “If we’re going to continue to grow and deliver value to our members, understanding the pressing issues members face—whether region by region, or sector by sector—is essential. Because of that, it’s become an ever-evolving role. It’s a challenge, but a fun one.”

And a career path that couldn’t have been scripted any better.

Of course, growing up in a family of lawyers at least partly explains the fit: Her dad was a veteran criminal defense attorney before he became a New York State Supreme Court Justice, while two of her sisters are also lawyers.

A 2004 graduate of Smith College, Mott received her J.D. from New York University in 2007. She started her career at Cahill Gordon & Reindel, a prominent Manhattan law firm. Starting at Cahill in the fall of 2007, at the precipice of the 2008 financial crisis, she realized just how precarious the profession could be.

“I watched half the associates at every New York firm lose their jobs, because that’s what was happening everywhere,” Mott recalls. “I was one of the few people left standing from my class, so I was immediately thrown into a broad spectrum of litigation and corporate matters under the tutelage of some of the most renowned attorneys in the country. It was amazing training that I couldn’t have received anywhere else.”

That included everything from securities and real estate to government investigatory and first-amendment issues, as well as work for non-profit clients. She also began working closely with some of the city’s top general counsels. Over time, Mott became intrigued by the idea of a more proactive and preventive role.

Her big leap came in 2014, when Mott joined ICSC as an assistant general counsel.

In her spare time, Mott volunteers her time and expertise to several charitable causes close to her heart: She’s the former chair and a current member of the New York City Bar Association’s Committee on Animal Law; a volunteer for the Humane Society of the United States; Catskill Animal Sanctuary; and a member of the Board of NADAP, a social services organization. She lives in Manhattan with her husband Amir, daughter Laila, and two rescue dogs, Daffy and Huey.

While the resulting pace is seldom plodding, the process has never felt better.

“In all honesty, it’s more akin to what I thought being a lawyer would be like,” Mott says. “The client is more tangible, because you see them every day. The work you do feels more impactful. There’s a level of interaction there that you just can’t replicate.”

Well, that and a chance to sway the Supreme Court. 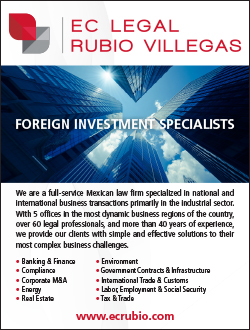 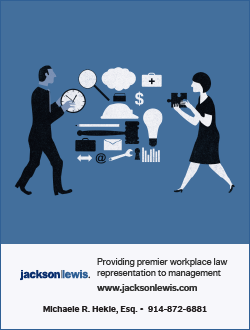 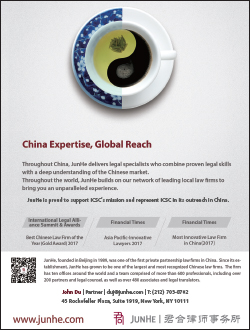 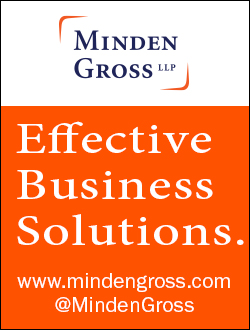 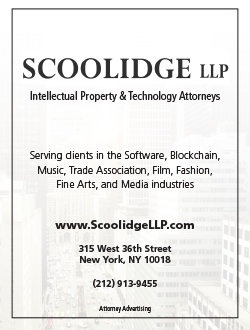 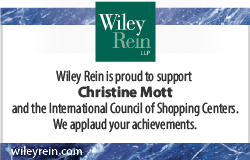