In Chris Henderson’s 16 years at Salem Media Group Inc., he’s held nine positions. That, he says, is a testament to his “raise your hand” philosophy and to the opportunities Salem Media Group provides to its 1,600 employees. 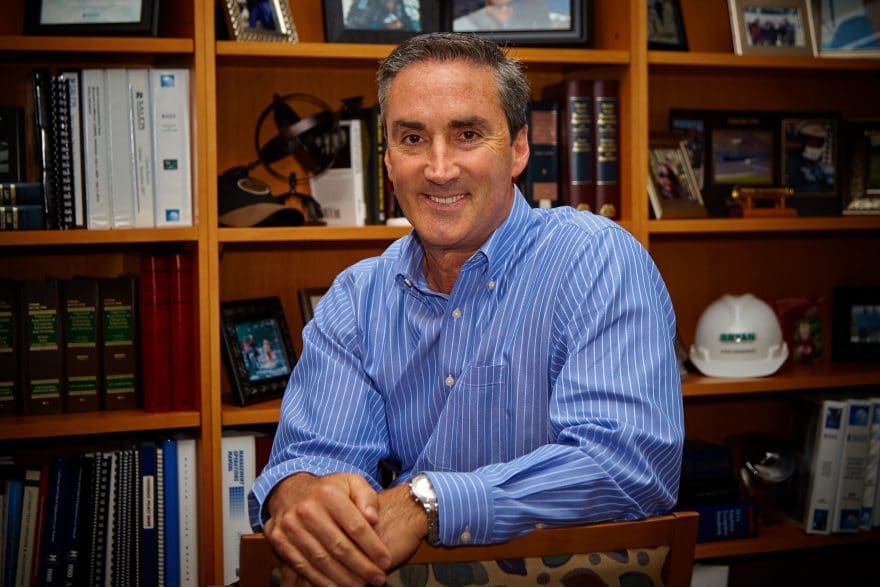 “A big part of why people like being here is because we’re working for a company that’s doing something bigger than ourselves,” he says.

Henderson has a “glass half full” kind of outlook. That, coupled with his faith in the company, has made it easy for him to lend a helping hand and take on more responsibilities—among them, general counsel, senior vice president of legal and human resources and board secretary. He also oversees the Salem IT and real estate departments.

After 13 years of working for a law firm, where he was first a trial attorney, then a transactional attorney, Henderson decided to go in-house. He wanted to specialize on one client and one industry, an opportunity few, if any, law firms could afford.

When Henderson heard an ad on one of Salem Media Group’s radio stations that the company was looking for an in-house attorney, it was as if he’d found his calling. “The content just resonated with me,” he says. 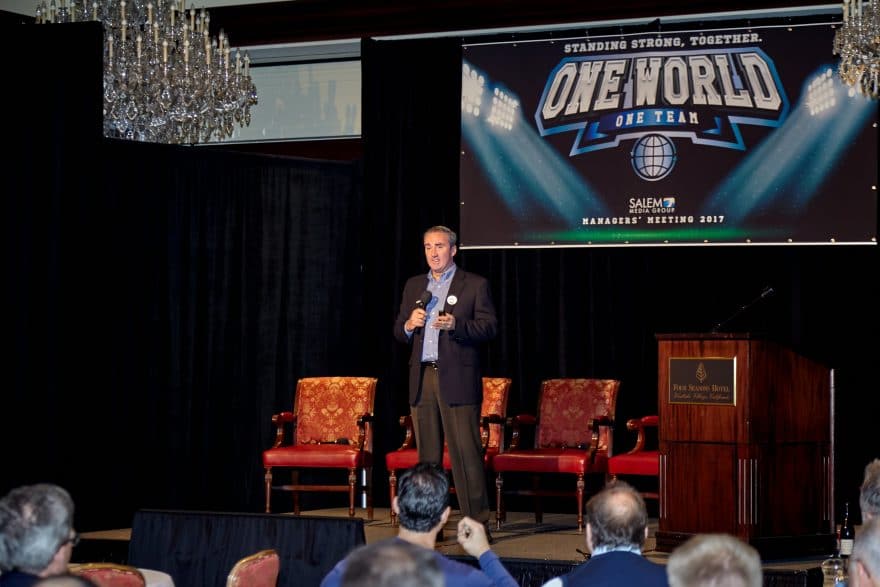 What Henderson really wanted, though, was to become general counsel. He asked the CEO: Is moving from the legal department to HR a promotion? Will it increase or decrease my chance of becoming general counsel?

That’s not to oversimplify Henderson’s success.

Managing HR was hard, he admits. “Stepping in after being a lawyer and managing a team of HR folks was such a different job. That first year was a real challenge.”

He had to both rebuild the team and develop management skills on the fly.

“One thing I learned was, you’ve got to earn the respect of the people on your team,” he says. “Just because you have the title, that doesn’t necessarily get you the respect you need to manage folks.”

Later, when Henderson applied for the general counsel role, so too did Salem Media Group’s two other in-house attorneys. Both were stiff competition. They had practiced in-house, gone to great schools and worked for large firms.

“Yet, I got the job in large part because of the HR and management experience,” Henderson says. “So it’s important to be able to look around and raise your hand, be available when something opens up, even if it’s outside of your normal wheelhouse.”

Years later, when the IT department needed help improving its customer service—something Henderson had successfully done in the legal department—he was asked to lead that department as well. Again, when Salem Media Group asked Henderson to oversee the one-person real estate department, he agreed.

What’s guided Henderson through these transitions, he says, is being willing to learn new things and ask for help. 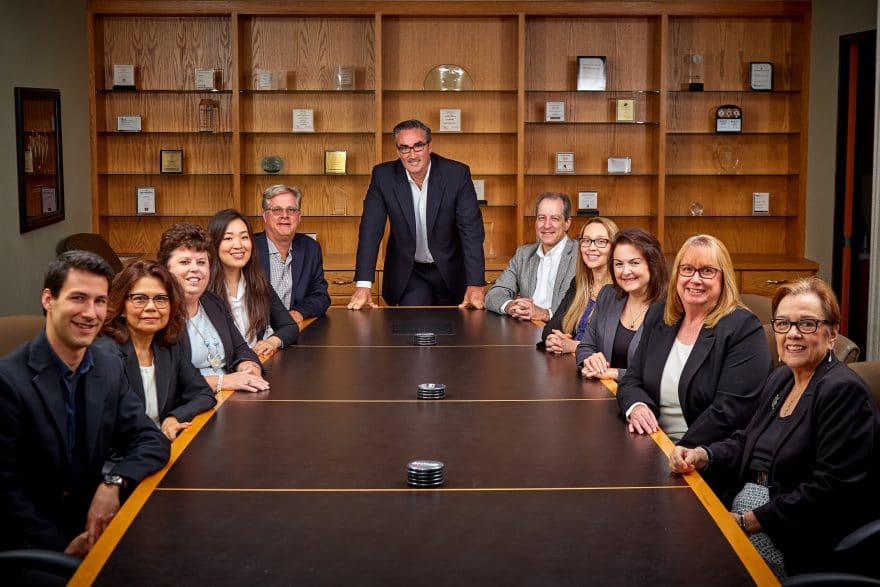 “I think it’s easy, if you become good at one thing, if you’ve done one thing for a long time … it’s easy to get in a rut, but by being willing to try new things, it opens doors to advancement,” he says of his success moving through the company.

Now, Henderson strives to offer the employees he oversees similar opportunities for growth and development. His approach is collaborative. He hosts meetings regularly, offers guidance and advice, tries leading by example and maintains an open door policy. He plays to employees’ individual strengths, too.

“I’ve got lawyers that are far better than I at lots of things,” he says. “The analogy I use is coach of a baseball team. I’m not as good a pitcher as the pitcher, but I’ve found a really good pitcher. … But they couldn’t necessarily do what one of the other lawyers does, or even what I do.”

Henderson uses that approach with outside counsel, too. He turns to firms like K&L Gates LLP for corporate and securities matters, as well as litigation-related work.

“As general counsel, Chris is key to coordinating with outside counsel, like K&L Gates, and making sure that the interests of Salem Media are best served,” says K&L Gates Partner David Lee. “I’ve found Chris to be decisive, practical and able to cut to the salient points regarding the particular issue at hand.”

Lee notes that, in the 10-plus years he’s worked with Salem Media and Henderson, the rest of the legal department has handled a number of different legal matters on their own. That’s a testament, Lee says, to their capabilities and Henderson’s leadership.

Keeping on the sunny side

After reading “The Oz Principle,” a popular management book, Henderson took to the notion of living above or below the line. That is, some people “live below the line” and take to grumbling, passing the buck or blaming others. Those who “live above the line” are accountable, address problems directly and move on.

In the legal department, posters reading “live above the line” are a kind of code, reminding staff to take the high road. A large banner reads “keep the main thing the main thing,” to remind staff not to get bogged down in minutiae.

The success of that sunny outlook is apparent in the legal department’s customer surveys, which read things like “best team ever,” “most responsive legal’s ever been” and “great customer service.”

Reflecting on the legal department from his Camarillo, California, office, Henderson is proud of its success and positive reputation. He’s happy, too, to have served Salem Media Group in so many key roles.

“It’s been an interesting journey,” he says modestly. 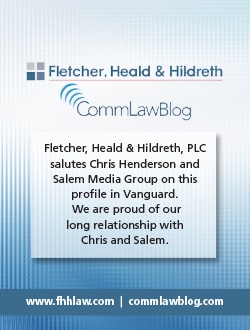 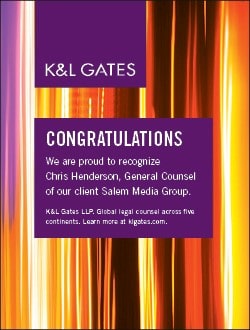 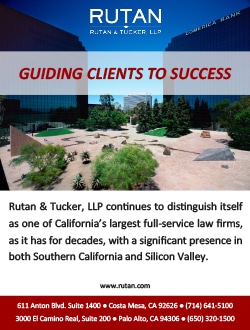