Opening the door to greater opportunity for HBCUs

The new year underway, David K. Sheppard keeps tabs on the congressional doings of special interest to him and the Thurgood Marshall College Fund. Personable but persistent, he initiates dialogue with lawmakers and federal agency administrators, emphasizing their role in closing an educational equality gap through fair funding and other means.

He emphasizes to the Biden administration, for instance, the importance of providing federal support to the 101 historically black colleges and universities, 47 of which make up the Thurgood Marshall College Fund’s member organization. Historically speaking, these schools have been underfunded at the state level and, while there’s been incremental progress, Sheppard senses the opportunity to expedite it. 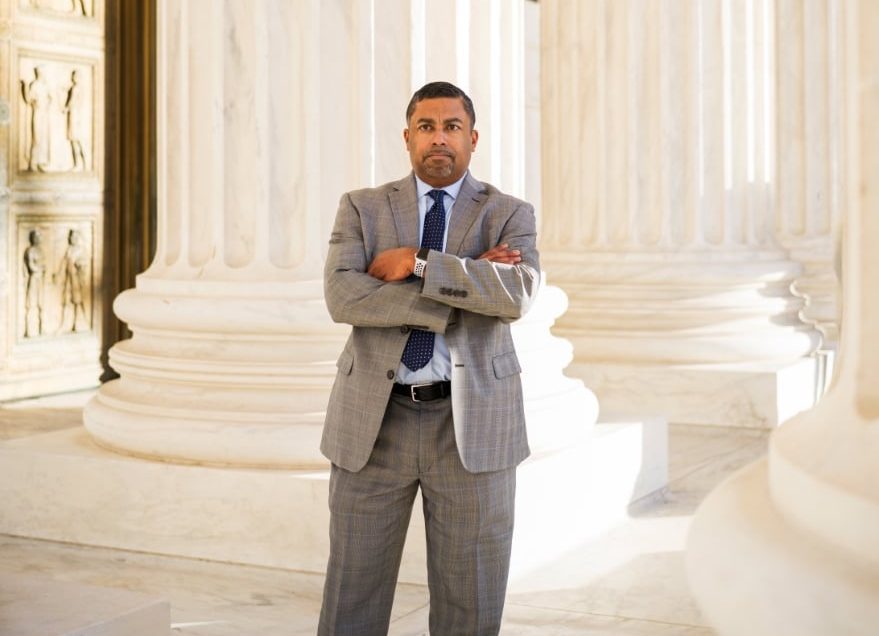 “We’ve got to get the conversation going at the state as well as the federal level,” he tells Vanguard in November from Washington, D.C. “There’s so much the states haven’t done to support HBCUs but we’re hoping there’ll finally be movement.”

Movement which he’ll track and try to accelerate as part of his expanding responsibilities with the nonprofit named after the Supreme Court’s first Black justice.

Chief legal officer, chief of staff and corporate secretary to the Thurgood Marshall College Fund’s board of directors since January 2018, Sheppard often steps outside the traditional role of in-house attorney.

There’s much to do as the nonprofit’s role extends beyond its initial aim of providing scholarships to students attending HBCUs. And while Sheppard isn’t an HBCU alumnus, he does feel indebted to these schools.

“My father graduated from Howard University and that makes me a beneficiary of an HBCU,” Sheppard says. “Had it not been for Howard University, I might not have had the opportunity to get my education.”

For a greater impact

“It’s an opportunity that I couldn’t afford to pass up,” Sheppard says. “The ability to do for 47 institutions what I was doing at Delaware State.”

Which, he acknowledges, is quite the workload for the only in-house lawyer with a to-do list that can include being lobbyist, advocate or de facto diplomat.

And among the causes he’s fronting: Full implementation of the HBCU PARTNERS Act, which Sheppard and his government relations colleagues lobbied Congress into passing in 2020. Whereas HBCUs comprise 3 percent of institutions of higher education, he cites National Science Foundation statistics showing how in Fiscal Year 2019—the most recent interval for tracking—the 101 schools garnered just $371 million or less than 1 percent of the $44.5 billion that the federal government awarded in research and development grants to institutions of higher education 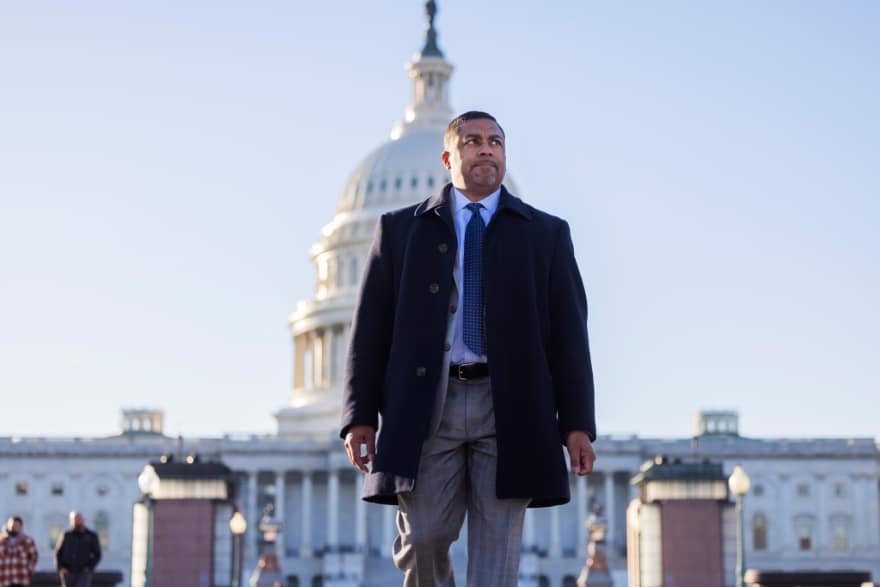 The PARTNERS Act building upon prior presidential executive orders spanning from Jimmy Carter to Donald Trump, it requires federal agencies to undertake annual planning and coordinate their efforts to support and expand HBCU participation in agency activities. Sheppard calls it just one of many initiatives in need of follow-through.

HBCUs, after all, grew from necessity, the schools taking upon themselves the task of educating former slaves or the children of former slaves. Throughout the 20th century, these schools have lagged their predominantly white counterparts in support from states, and while the gap isn’t as pronounced today, Sheppard explains how recent events made plain the ongoing systemic inequity.

Whereas the pandemic necessitated virtual learning, many HBCUs lacked the infrastructure to transition to that environment and many students lacked the technology or access to broadband to keep up with courseloads. Cognizant of this dynamic, Sheppard and his colleagues lobbied Congress and the White House and helped secure $5 billion for HBCUs to navigate the impacts of the pandemic.

“Ours are under-resourced institutions lacking significant endowments and are largely tuition-dependent,” he says. “On the fly, they had to address innumerable health and safety issues while still keeping their institutions functioning during the pandemic.”

Sheppard and his colleagues also made the case last year to the House and Senate appropriations committees to repurpose unused COVID-19 relief funds to address campus infrastructure needs. One institution used such monies to build a residential hall. Other schools upgraded physical plants and 50-year-old buildings or enhanced campus safety.

Then there’s the nonprofit’s mission to help HBCU students pursue opportunities in corporate America. Just over half of them are first in their family to matriculate, and more than 70 percent are eligible for Pell Grants given to students with financial need. 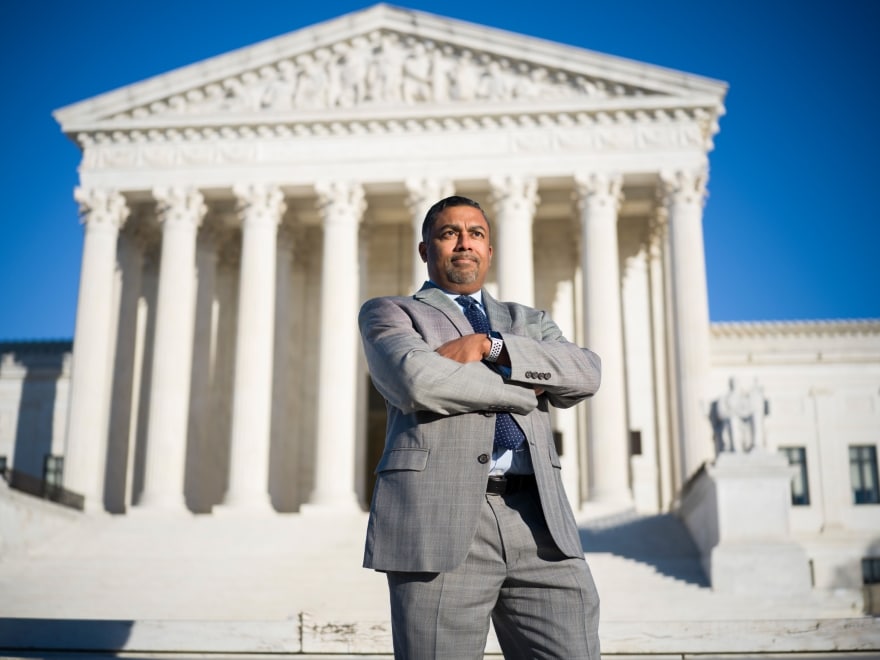 “Let us be your partners in your DEI efforts,” he tells the Business Roundtable, a Fortune 250 trade association. “It’s to our collective benefit.”

Coincidentally, Sheppard’s father benefitted from a similar effort undertaken by DuPont decades ago when the then-chemical giant hired him out of Howard University. There weren’t many companies back then that considered graduates of Black colleges, but the elder Sheppard distinguished himself as an electrical engineer.

The younger Sheppard thus had the family wherewithal and role models to graduate from the University of Notre Dame and The George Washington University Law School. But he feels an obligation.

“I’m revisiting what DuPont was doing 50 years ago,” he says. “My aspiration to give back manifested in me through a legacy that I inherited from my dad.” 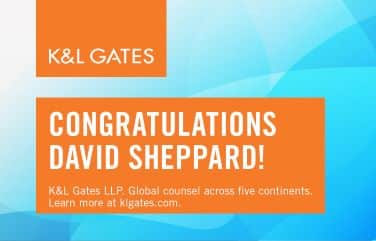