As general counsel for Ducks Unlimited, David Marrone is responsible for helping the nonprofit achieve its mission of conserving, restoring and managing wetlands and associated habitats for the continent’s waterfowl.

An avid sportsman, Marrone shot his first deer at 13 and was introduced to the world of duck hunting when he was a young law clerk. “I loved it and was invited by another clerk to join Ducks Unlimited,” he says.

Founded in 1937, Ducks Unlimited is one of the country’s largest conservation organizations having conserved more than 13.6 million acres of waterfowl habitat in North America. The organization works to restore grasslands and watersheds, replant forests, educate landowners, acquire land and establish conservation easements throughout the U.S. and Canada 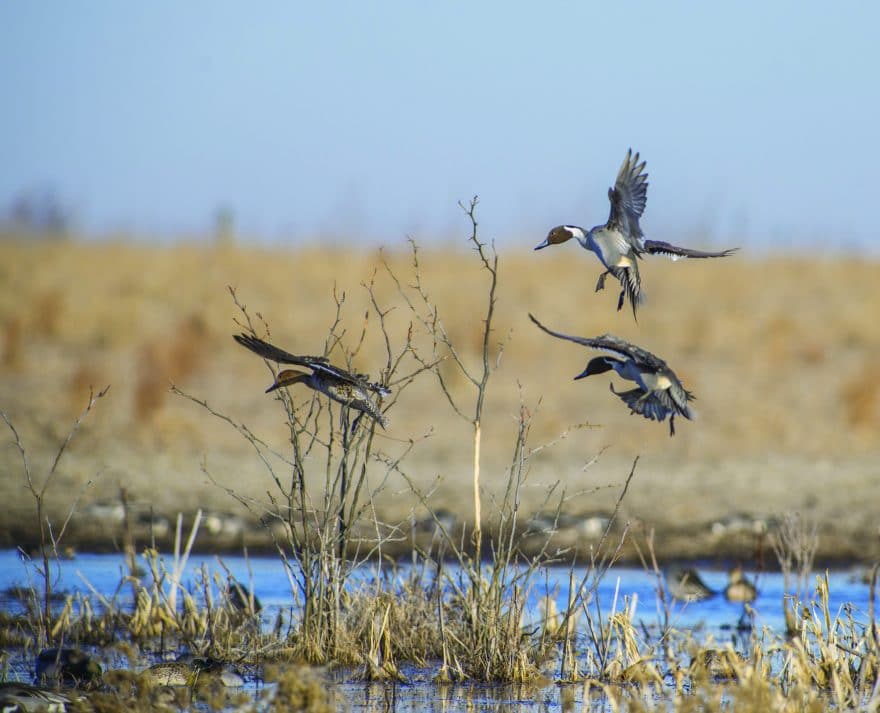 Marrone earned a law degree from Quinnipiac University in 1993 and spent the next five years working in law firms while remaining an active member of Ducks Unlimited. Marrone volunteered as an area chairman for the conservation nonprofit for six years before joining Ducks Unlimited as director of land protection in 1999.

“As an attorney who is a sportsman and a conservationist as well, it’s a dream job for me,” says Marrone, who recalls one of his first outings on behalf of the organization. “I was sent to South Carolina’s Lowcountry and at the end of the day I was standing on a levee watching ducks land, having a drink, catching shrimp and just thinking ‘they’re paying me to do this.’”

Growing into the role

Marrone served as director of land protection for nine years, stepping into the role of assistant general counsel in 2009 before landing the top legal role at the organization in 2014. Marrone also serves Ducks Unlimited’s board as assistant secretary, helping to draft resolutions and record minutes for all board meetings.

While Marrone only spent a brief time working in law firms, he found that many of the skills he developed as outside counsel translated into his new role at Ducks Unlimited. “I was doing a lot of real estate, probate and commercial work that was a perfect fit with the skills they needed here,” he says.

Over the course of 17 years with the company, Marrone has expanded that slate of skills to include tax law, construction contracting, insurance, corporate governance and environmental law. 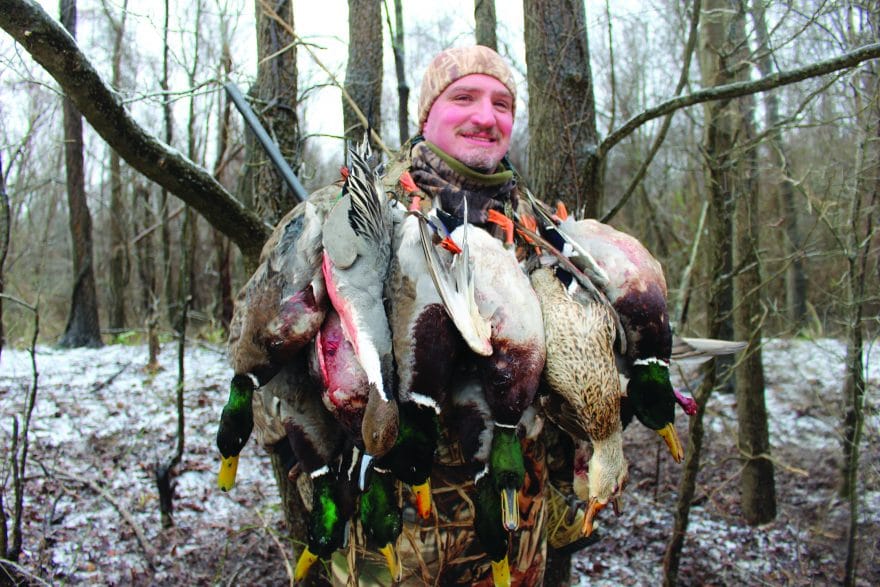 “We might have 4,500 fundraising events across the country and each state has its own regulatory issues pertaining to charitable gaming, raffles issues and insurance issues,” he says. “It’s a major challenge dealing with such a patchwork of rules and regulations and we constantly have to do research to make sure we’re up on the latest news.”

When fundraising in some states, Marrone often finds himself seeking exemptions to rules drafted with for-profit enterprises in mind. “That way you’re able to do nonprofit fundraising without getting caught up in regulations that are meant to impose rules on casinos and for-profit gambling,” he says.

The general counsel is also responsible for overseeing the organization’s intellectual property (IP) rights. While this might be less of a concern at many nonprofits, Ducks Unlimited’s unique organizational model includes an emphasis on branded apparel, accessories, firearms and merchandise.

“That duck head is ubiquitous, so every time it appears we have to create a licensing agreement with royalties; you’ve really got to be a little bit of a real estate and construction, corporate generalist and IP guy to be in this role,” Marrone says.

Birds of a feather

Marrone stands as a prime example of Ducks Unlimited’s ability to draw from its vast membership base when it comes time for new hires or outside expertise on legal matters.

“Just on the Ducks Unlimited board alone there are several attorneys and many times we look to them first. Throw in on top of that our far-reaching membership and we can usually get an excellent recommendation or even representation just by putting the word out,” says Marrone.

The organization regularly turns to a shortlist of trusted firms to handle specific areas of law. Ducks Unlimited works with Baker Donelson for many corporate, tax and business matters and turns to Wyatt, Tarrant and Combs for all of its IP needs. “We have a pretty good network of attorneys across the country for certain matters that pop up from time to time, as well as a good broker for insurance in A.J. Gallagher,” he says.

As the head of the organization’s legal team, Marrone oversees all hiring within his department. In his two years in the role of general counsel, Marrone has hired an assistant general counsel, Steven King, and retained two long-time paralegals. Because Ducks Unlimited is a nonprofit that generates most of its revenue from fundraising efforts, Marrone says it takes a special kind of employee to thrive there.

“I look for character and the ability to be trained for competence, but the main thing in an organization like this is you need the right fit; at the end of the day we are all fundraisers, so you have to be able to genuinely connect with people — all people,” he says.

Marrone’s own hiring process gave the general counsel a chance to showcase his own unique approach to the legal profession. When asked what attributes set him apart from the competition, Marrone listed the “Six Cs” he first learned about during a leadership seminar. “Character, communication, competence, commitment, courage and compassion; these are my compass and help keep me focused in the right direction,” he says.

In addition to his roles as the organization’s top legal mind and corporate secretary, Marrone still plays an active role as a volunteer and area chairman. The general counsel chairs an annual, $300-a-plate dinner in Memphis that regularly raises upward of $100,000 for the organization.

Ducks Unlimited has given Marrone the rare opportunity to combine his professional career and personal interests, and the perks aren’t bad either. “People say ‘you’re the general counsel at Ducks Unlimited, you must have a great hunting spot.’ Come duck season I have lots of friends,” Marrone jokes.

Even when Marrone is away from the office, wetlands and waterfowl conservation are never far from his mind. While he knows how to leave work behind and enjoy family time or a high school baseball game, Marrone can often be found carving his own duck decoys at home in eager anticipation of the coming duck hunting season.

As general counsel at leading waterfowl and wetlands conservation nonprofit Ducks Unlimited, David Marrone has the unique opportunity to combine his personal interests and professional skills into one satisfying role.