Focusing on the future of the department

Its medical lasers are widely considered some of the best in the world. The TAXUS Stent, used to open clogged arteries, has given thousands of patients a new lease on life. Scan the company’s products tab and you’re met with a head-spinning lexicon, from atherectomy systems to uteroscopes.

For more than 40 years, Boston Scientific hasn’t merely embraced the cutting edge of medical devices; it’s helped define it, staking its brand—and its reputation—on always looking to the future. 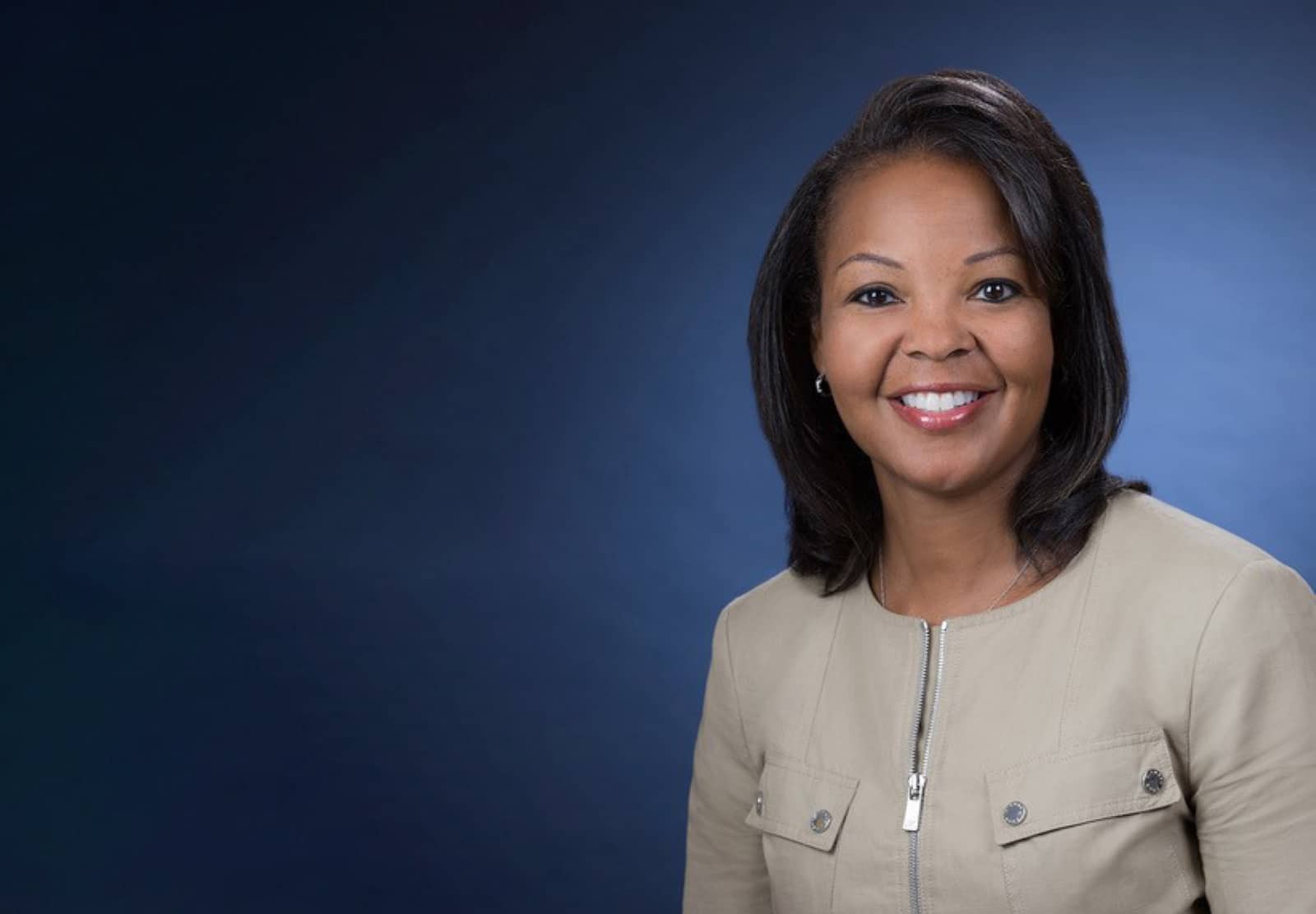 It’s a mission that Desiree Ralls-Morrison, the company’s senior vice president and general counsel, is proud to support. And in more ways than just conscience or counsel.

“I spend a lot of time thinking about what the legal and compliance department of the future should look like,” says Ralls-Morrison, who joined Boston Scientific in 2017. “Legal operations are about treating and running the department like a business: defining clear and concrete goals and metrics that are tied to the broader business objectives. But it’s also about continuous improvement, and that means always looking to the future.”

On the cutting edge

Big data, analytics, artificial intelligence—all figure heavily in her department’s plans. The goal, Ralls-Morrison says, is to use these emerging tools to become faster and more efficient—a boon, rather than a burden, to the broader business.

Few projects better reflect those efforts than a recent initiative involving a subject of increased focus for Boston Scientific: robots.

As the company leverages robotics to transform its manufacturing, Ralls-Morrison’s department has embraced the technology to overhaul its internal processes. As part of a “BOT-A-Thon” held in 2019, teams from across the company (including legal and compliance) were asked to submit proposals relating to process automation.

The department made two submissions. One was a program that would reduce the amount of time it takes to migrate contracts into a new system—“an endless task for a global company in growth mode,” according to Ralls-Morrison—from 13 manual steps down to seven automated ones.

Copying and pasting of metadata; renaming attachments; saving attachments to a shared drive; patching data to be uploaded to the new contract system: All will be handled by the robot, saving the department 3,330 hours of one person’s time and approximately $200,000 with all steps completed in one week—rather than 13.

Eyes on the prize

In the end, the two bots submitted by the legal and compliance departments won second and third place, respectively, garnering honors for best business case, biggest return on investment, demonstration of a proof of concept and overall presentation.

As Ralls-Morrison explains, the new “robot” is a contract management module. In time, it will migrate more than 4,000 contracts (including all metadata and attachments) from the soon to be retired system to a new system.

“It’s all about identifying the repetitive, lower-value work that people shouldn’t be spending a lot of time on,” she says. “You also end up with a lot of useful data, which can be used to support future efficiency efforts.” 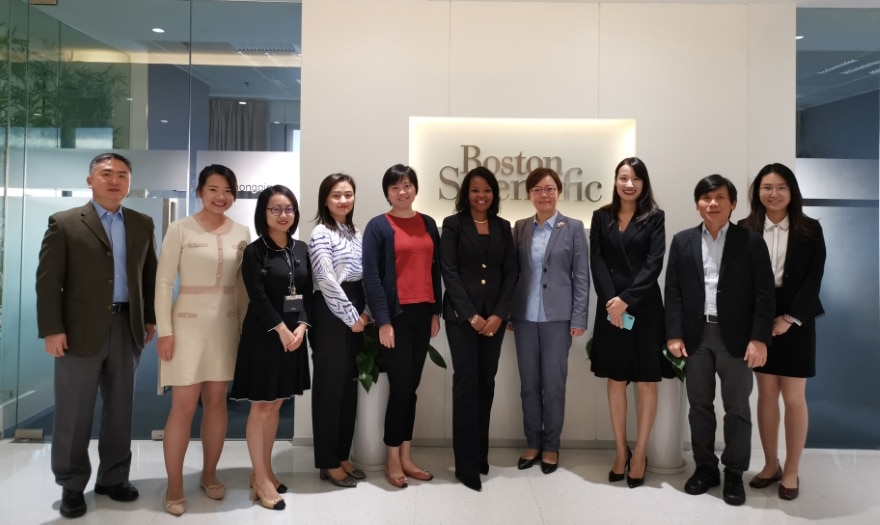 Top honors weren’t the only thing the department gained, however. Once the software-based bot is brought online, it will be given a name and employee number—along with a guaranteed spot in Ralls-Morrison’s department.

“The thing is, if you want to stay current in a legal department for the future you need to think creatively about where the world is going to be in the future and lead those efforts,” she clarifies.

It’s a calculus that Ralls-Morrison has spent many an hour thinking about. As the company’s innovations evolve—and its global footprint grows—she says it’s imperative that her department keeps pace.

To call it a difficult balancing act would be an understatement. With Boston Scientific having acquired 10 businesses in 2018 alone, ensuring a smooth transfer of people and resources has been high on Ralls-Morrison’s radar.

As most acquisitions end up creating more work for companies, figuring out which tasks should be automated—contracting, for example—is likely to loom large, including in Ralls-Morrison’s own department.

“Basically, the latest technologies save thousands of hours and hundreds of thousands of dollars in costs,” she says. “Based on our analysis, it shows how we can make money for the company by doing things more efficiently.”

In place of migrating contracts, for example, Ralls-Morrison says her team can dedicate more attention to higher-value tasks that impact customers and patients: being more involved in the company’s research and development efforts, conducting more thorough due diligence on potential acquisition targets—the list goes on. 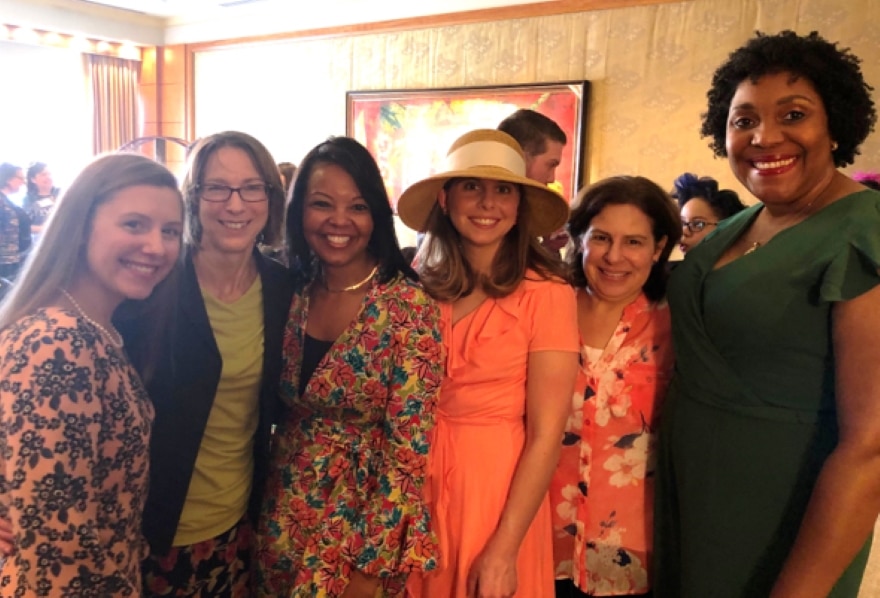 “It’s simply a shift in where we focus our time,” Ralls-Morrison says. “We will tell the robots what to do; people in this equation are not obsolete and this is just one example of how we will use analytics and artificial intelligence—the possibilities are endless. Helping people to develop these skills and capabilities are an essential part of developing the legal and compliance department of the future.”

What’s more, as the department moves away from those repetitive tasks, Ralls-Morrison envisions a future where employees are more engaged, more fulfilled and more driven, giving Boston Scientific yet another competitive advantage to benefit customers and patients alike.

“It’s exciting to be at a turning point in our profession,” she says. “There’s a real need for excellent professionals to supplement their strong technical and leadership skills with completely new and different capabilities.”

Indeed, it’s a lesson she herself has always tried to heed.

Knowing she wanted to be a lawyer from childhood, Ralls-Morrison earned her bachelor’s in economics and political science at Wesleyan University. Taking a year off to clerk at a law firm, she then became the first lawyer in her family, earning her degree from Harvard in 1992.

After law school, she spent four years at the Hartford, Connecticut, firm of Shipman & Goodwin as a trial attorney. Following a one-year stint at a New York firm, Ralls-Morrison got a call from a recruiter. A position had just opened at pharmaceutical giant Merck and Ralls-Morrison was being asked to throw her hat in the ring. 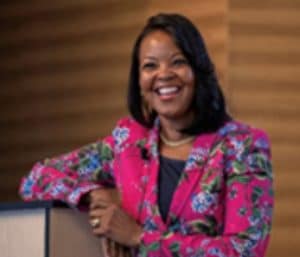 “I took the interview sort of on a whim, to be honest,” Ralls-Morrison reflects. “But I ended up getting the job. I was excited to challenge myself with something completely new and different in the law.”

As senior counsel, Ralls-Morrison was responsible for the regulatory legal aspects of Merck’s vaccine division, and also helped with vaccine litigation. In 2005, it was on to another corporate icon: Johnson & Johnson, where, over the next eight years, she worked her way up to general counsel in the consumer sector.

Eager once again for a new challenge, Ralls-Morrison joined Boehringer Ingelheim USA in 2013 as General Counsel, working in pharmaceuticals, animal health and injectables. Four years later, she got another call from a recruiter—this one about an open GC post at Boston Scientific.

Two years later, Ralls-Morrison says the new job has proved uniquely rewarding—a role that allows her to draw on her past experiences.

“My favorite part of the job is working for a company whose values are consistent with my own, and a big part of that is always focusing on the future,” Ralls-Morrison says. “Here there’s a caring, diverse environment with a winning spirit of collaboration. These are our core values. They drive us to be better and think of innovation. I love that culture at Boston Scientific. It’s exciting to be a part of it.” 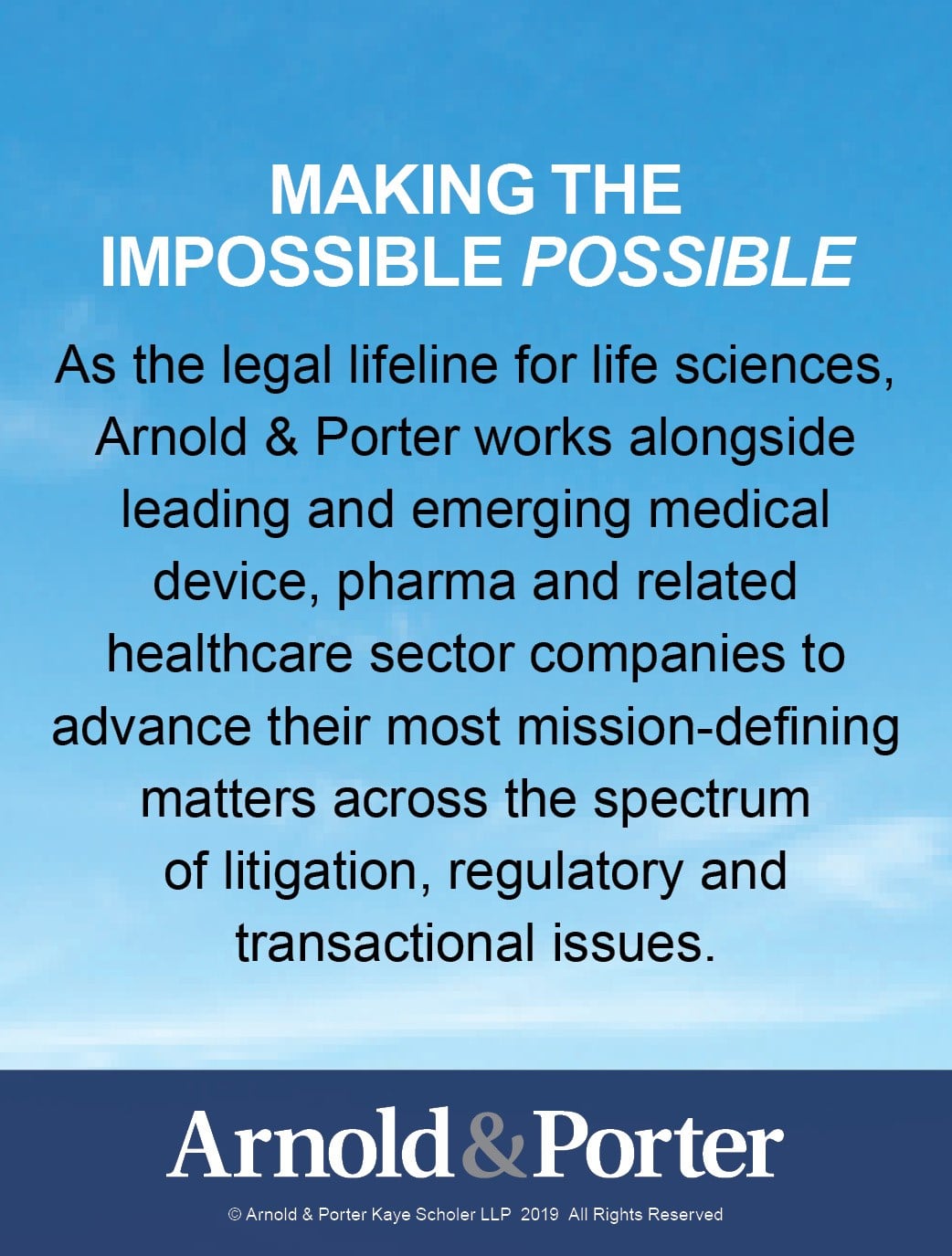 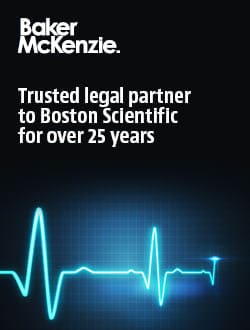 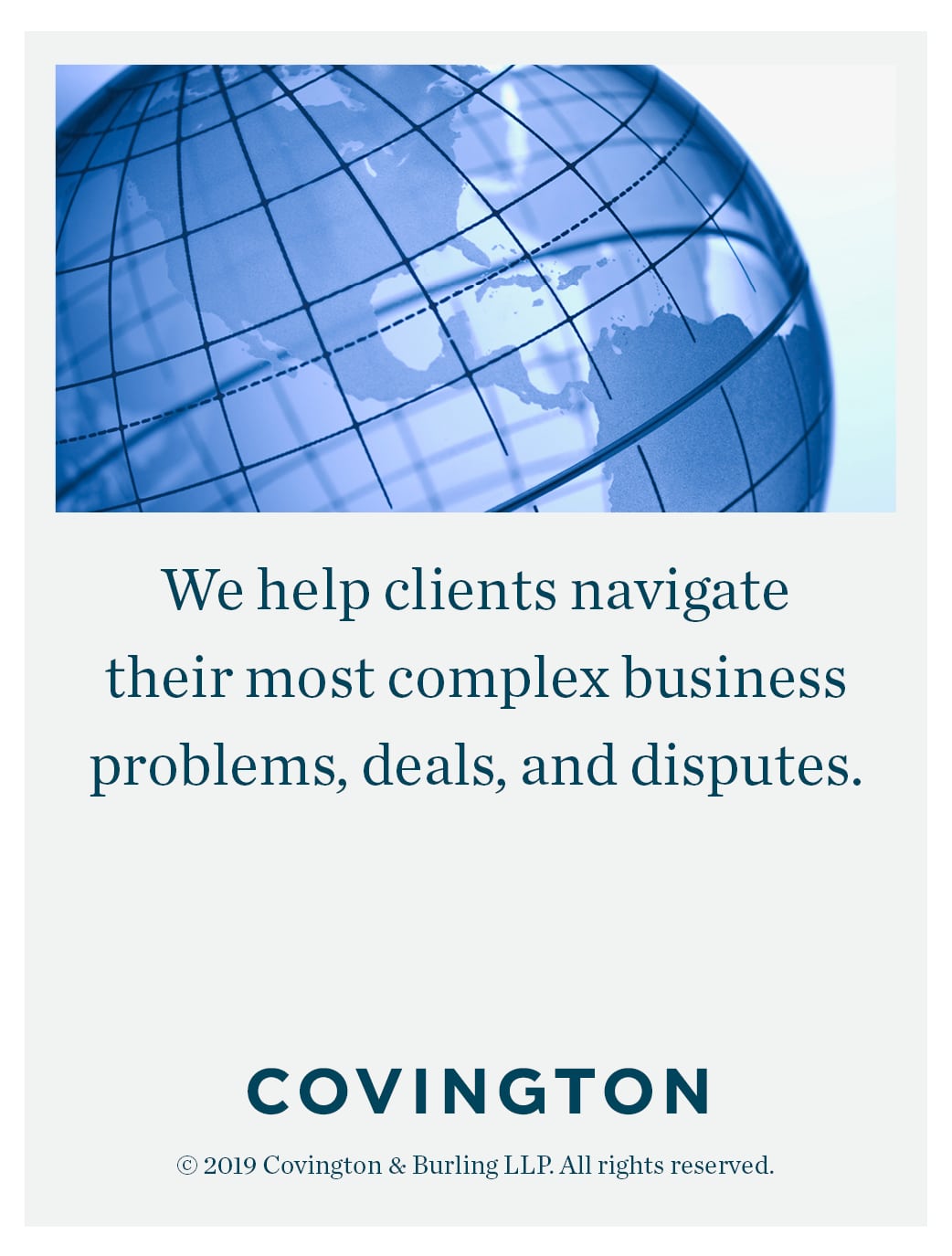