In the Washington, D.C., area, Ethan Weitzman, fights the war on drugs in his own backyard, but he’s not a cop or a first responder. A Baltimore native, he’s chief regulatory compliance officer and general counsel for the Washington/Baltimore High Intensity Drug Trafficking Area, or HIDTA, which coordinates federal, state and local drug interdiction efforts for the nation’s capital, Maryland, and portions of West Virginia and Virginia.

The job can be grim, with opioid related overdose deaths dramatically increasing over the past decade. Since 2015, drug overdoses have killed more people each year in the U.S. than the reported U.S. military deaths for the entire Vietnam War. 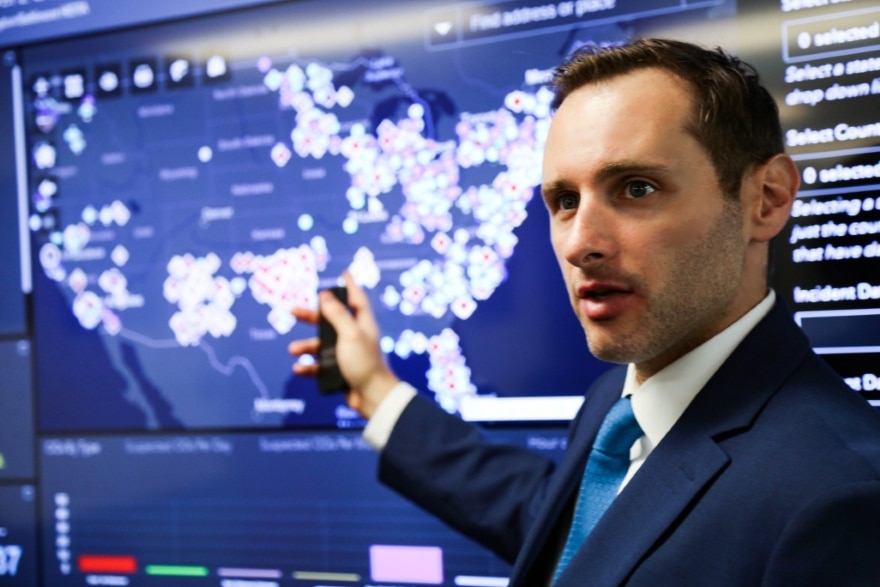 “The opioid epidemic has affected people from all throughout the country,” Weitzman says. “Combatting the damage from drugs is one of the few universally accepted ideas in Washington, and we receive strong support from both parties.”

Congress created the nationwide HIDTA program in 1988 as a tool to enhance law enforcement efforts in the nation’s most critical drug-trafficking regions. Weitzman considers the Washington/ Baltimore HIDTA to be the flag bearer for the program, given its proximity to the nation’s capital and in-house development team.

“My job has two primary tracks—managing the corporate legal requirements as well as the data privacy and data security side, which is constantly evolving,” Weitzman says.

He oversees the legal aspects of the contracting and procurement departments, which range from negotiating licenses for innovative analytical software to personnel. Recently, he renegotiated two commercial leases that will save the HIDTA program more than $400,000 in rent over five years. 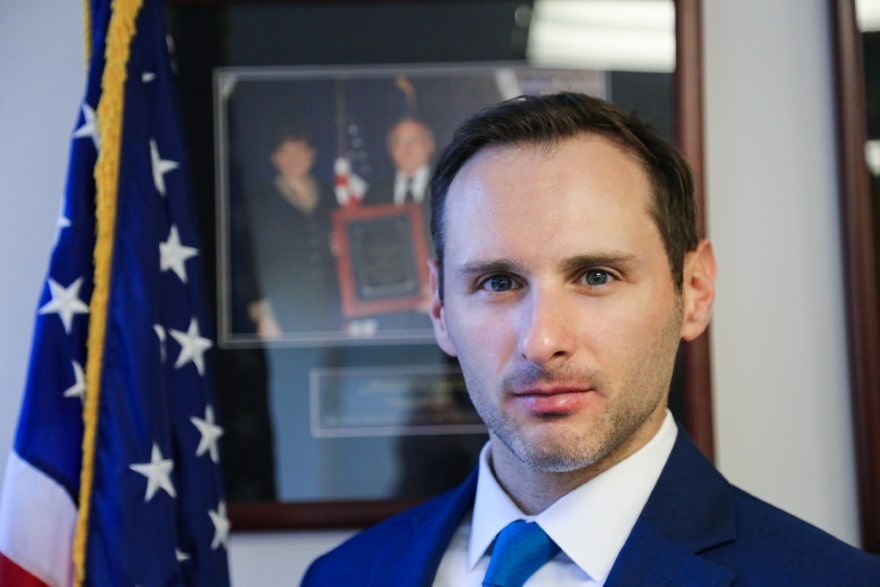 Weitzman says his HIDTA’s work in data privacy and security sets it apart. He holds two data privacy certifications, and developed the agency’s data privacy program framework, drafting policies and procedures to which the federal Bureau of Justice Assistance described as “the gold standard.”

Weitzman is especially proud of the compliance work he and his team accomplished by creating policies and procedures for several law enforcement and public health databases.

“We work with law enforcement agencies at all levels, and the key is making them work together. Our currency is information,” he says.

Yet as Weitzman explains, HIDTA’s work is about far more than arrests and interdiction.

“You can’t arrest, treat or prevent your way out of an epidemic; it takes all three areas together to make a difference,” he says.

In response to increased overdose deaths, his HIDTA developed the Overdose Mapping Application Program, or ODMAP, a new tool for use by local first responders that could go a long way in overdose prevention.

Yet it is the simplest of concepts that could help save lives, Weitzman says.

“It takes less than 15 seconds to update a point. The web-based system can be used by first responders on their phone, tablet or the mobile device terminal in their vehicle, and that’s it.” Weitzman says.

The concept was complex in its creation, he adds. In developing ODMAP, Weitzman and his team worked with the developers to understand the business processes of the database and implement industry Privacy by Design standards from the start, he explains.

“Our developers did a great job in designing the system to automate certain processes, prevent the intake of certain personal health information and allow us to conduct audits really easily,” he explains.

First responders only report if the suspected overdose was fatal or not, and whether naloxone was administered in the emergency call. Commonly known by the tradename Narcan, naloxone blocks and reverses the effects of opioids to reverse an overdose.

Limits on info, not potential

The information reported is not enough for anyone to start a criminal investigation or make an arrest. Instead, the app is an early warning system that can assist in the harm reduction emphasis of overdose prevention.

“We can go through a limited amount of data and be able to anticipate where there may be trouble, such as a bad batch of drugs, typically fentanyl or a synthetic analogue,” Weitzman explains. “If overdoses spike in Anne Arundel County, Maryland, we know that the West Virginia panhandle will feel it within eight hours.” 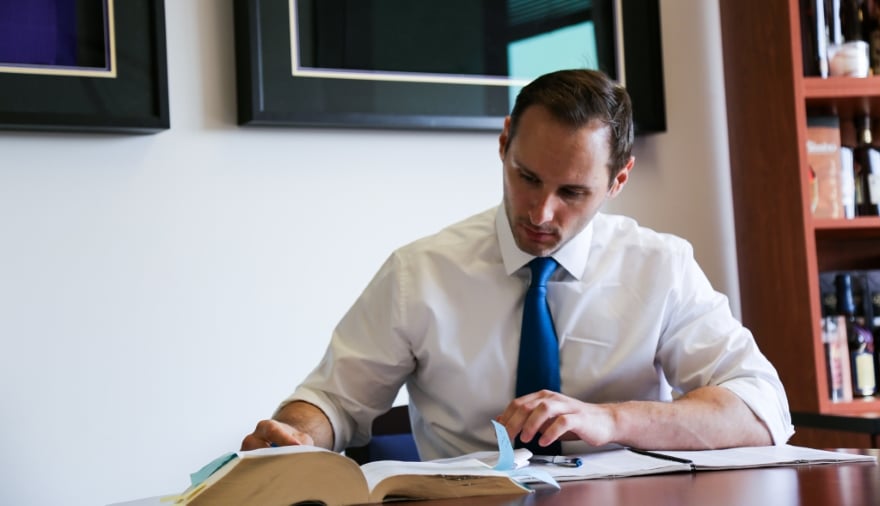 The immediacy of ODMAP reporting is crucial, he adds.

“The aim is to have a close to real time health surveillance system,” Weitzman says. “If the goal is to save lives, we need as much data as quickly as possible.”

How participating agencies use the data is their call, Weitzman says, but the program buy-in has been huge.

Weitzman joined the W/B HIDTA as a staff attorney in 2012, just after earning his Juris Doctor from the University of Maryland School of Law.

His father is an attorney and his mother a retired Baltimore City judge, and Weitzman clerked at the family firm while in law school. He found himself drawn to the in-house side of practicing law, he adds.

“I was looking for an interesting opportunity after law school,” he says, “One with several different areas of the law to experience.”

Weitzman, 34, also has a Bachelor of Arts degree from Tufts University in history and art history. Away from the office, he enjoys traveling with his fiancée, Nicole, rock climbing and connecting with other Tufts alumni. Weitzman said he is proud to be part of the overdose prevention effort, especially as it is his home territory.

“I know every day I am coming in and fighting the good fight,” Weitzman says. “I don’t want to think of it in terms of winning and losing, but if we aren’t out there doing what we are doing, how much worse is it going to be?” 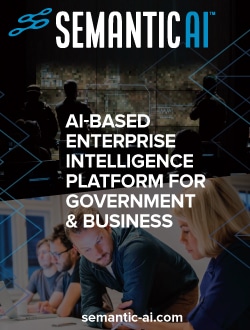