It was everything Fred Frankel could’ve hoped for: a well-paying job helping people, in a business he’d one day inherit—a group of Illinois nursing homes operated by his father, Charles Frankel, during the ‘80s and ‘90s.

But when the elder Frankel passed away suddenly in 1997, complications with the business left Fred feeling disillusioned. Having passed the Illinois Bar that same year, Frankel threw himself into his new career and didn’t look back.

“If I’m being honest, I never once thought I’d become general counsel for a nursing home management company,” says Frankel, the top attorney for the Illinois-based Aperion Care. “It wasn’t the most perfect of circles. But I wound up where I belong.”

In the eight years since Frankel started working for YAM Management—first as a client in his private practice, then as full-fledged GC—the company (rebranded as Aperion Care in 2014) has more than quadrupled the number of nursing home facilities under its umbrella, from 10 to 46.

That, in turn, has meant a whirlwind few years for Frankel. In the span of just a few weeks, around the time of his interview with Vanguard, Frankel helped close a number of real-estate deals. He worked with a bank to secure a line of credit for seven different facilities. After a brief two-day trip to Israel, where he arrived just in time to meet his new granddaughter, Frankel was back on a plane to Chicago to talk to potential investors. 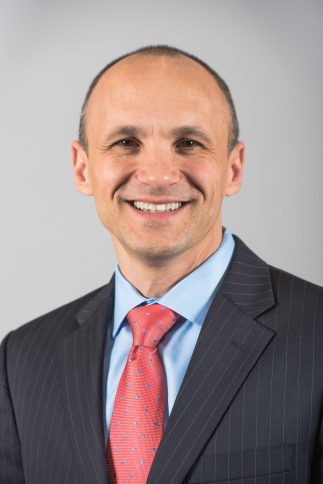 “When you’re in growth mode like we are, you have to find creative ways to manage your time,” Frankel says. “Having reliable outside counsel helps enormously. But even then, you have to know what to handle yourself and what to pass off.”

A full-time compliance officer has since lightened that load, but challenges remain.

Thirty years ago, most nursing homes—including those owned by Frankel’s father—relied mainly on three payment sources: Medicare, Medicaid and the U.S. Department of Veterans Affairs. Now there are myriad health maintenance organizations (HMOs) and other insurers in the mix, complicating payments at a time when health care costs are rising.

“There are just so many more moving parts than there were even 10 years ago,” Frankel explains.

What’s more, because Aperion often acquires distressed facilities, bringing them up to regulatory par requires covering many bases: licensing, patient care, dealing with “old operator” legal issues and so on.

Moreover, because of changes in the industry, nurses and other staff members have become more specialized than they were 25 years ago.

“Back when I first started, it was okay for nurses and other staff members to wear a lot of different hats,” Frankel explains. “Now you have people dedicated to restorative care, others dedicated to care planning. It’s highly specialized, and we pay a lot of attention to making sure we’re compliant.”

Of course, when you operate as many facilities as Aperion does, accidents are bound to happen. It’s the job of Frankel and his team to ensure the resulting damages are mitigated—and care protocols improved.

Operating mainly in Illinois, a state that tends to be friendlier to plaintiffs, Aperion must confront the occasional patient or worker injury—headaches that, while rare, have helped the company “figure out what we can do better.”

Hinshaw & Culbertson LLP, a national law firm with offices in Chicago, has been one of Frankel’s go to sources of litigators. For Adam Guetzow, one of the firm’s partners, working with Frankel is two-way educational street.

“Fred is a true expert in the field, and knows the world of long-term care like the back of his hand,” Guetzow says.

“As much as we try to be a resource for him, he’s been a huge resource for us,” added David Alfini. “We’re always learning something from him.”

That expertise can be explained, at least in part, by Frankel’s unique relationship with Aperion management, which requires collaboration on everything from operations and accounts receivable to investor relations.

He also plays a role on the M&A front. Not long after Frankel joined Aperion, the company added a pair of nursing homes to its growing suite of facilities. But it was when Frankel found out exactly which ones—three of the four his father used to own (with the last being acquired in November 2017)—that he understood just how full circle his career had come.

“It felt like validation, like this is where I belonged,” Frankel recalls. “In a way I already felt like I’d come back to my roots. But this made it even more meaningful.”

For as long as he can remember, coming back has always meant one place: Chicago, where Frankel was born and where his father, Charles, owned a successful meatpacking business. In 1974, an opportunity to join his brother’s trucking company brought Charles and his family briefly to Philadelphia.

Soon thereafter, the family returned to Chicago. It was then that Charles Frankel began working in the nursing home business. Within a few years, he had bought four facilities of his own.

Following his father’s passing in 1997, Frankel dove headlong into law, first at a private firm, then as an assistant general counsel for the Illinois Department of Human Resources, and finally heading his own practice (Frankel & Associates)—all while raising his three daughters.

It was his time as a sole practitioner which Frankel credits for helping sow the seeds of his future GC endeavors.

“I was really fortunate to be able to touch on multiple areas of the law,” he says. “In a lot of ways it helped prepare me for all the things I would face in the world of long-term care.”

Eager for a new challenge, in 2010 Frankel joined YAM Management, focusing first on corporate compliance, and eventually broadening his purview to full-fledged general counsel. In 2014, the company was rebranded as Aperion, with Frankel keeping his title.

“The industry has become so dynamic, you can’t have the kind of success we’ve had without surrounding yourself with amazing people,” Frankel says. “For me, the key to being a good GC is, how well do you leave your ego at the door? I learned that a long time ago.” 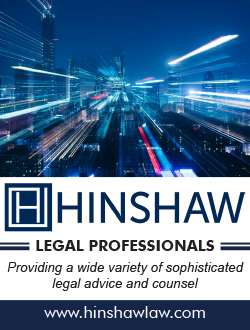 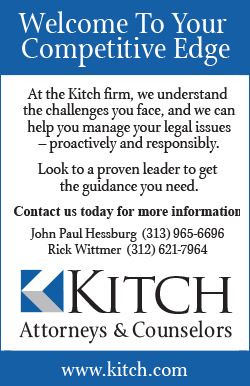 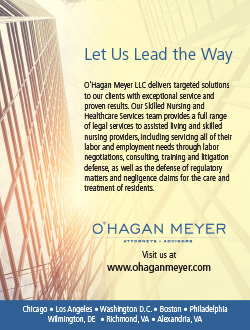