When do the Feds hit the delete key? Gary M. Stern helps decide

Stern is general counsel for the National Archives and Records Administration (NARA), the agency that both stores permanent government records and sets the rules for what records federal agencies have to keep and for how long. Because NARA tells the State Department what the rules are for keeping emails, the plaintiffs wanted information about those rules and about communication between NARA and the State Department under the Freedom of Information Act (FOIA). 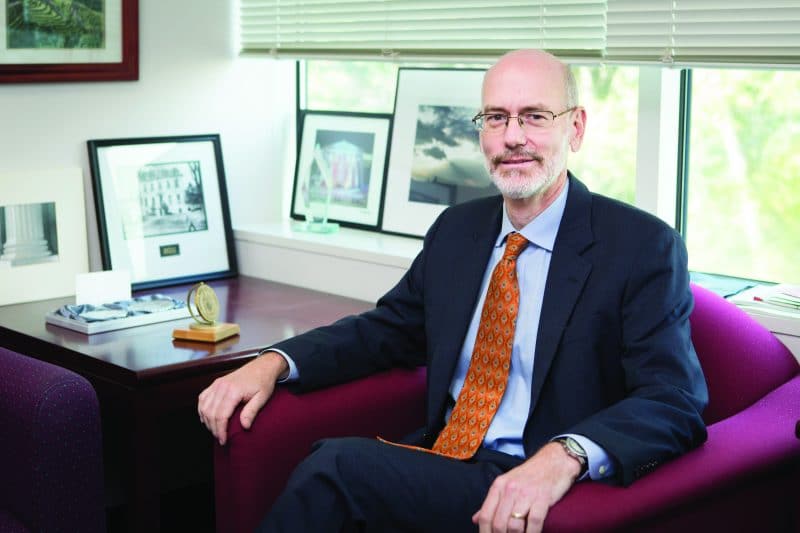 “We actually got sued in those cases because we didn’t respond immediately,” Stern says. “We put them in the queue, and they were impatient, and you can sue for that.”

NARA did have records of communications with the State Department, which it provided, and the lawsuit was settled.

This certainly wasn’t the first time Stern handled a NARA lawsuit, and he’s been on both sides.

On President Reagan’s last day in office on January 19, 1989, the American Civil Liberties Union (ACLU), where Stern was working at the time, sued the National Archives and the White House to prevent the Reagan Administration from deleting electronic records from the first government email system, which belonged to the National Security Council and had been used during the Iran-contra affair.

That case, Armstrong v. Executive Office of the President, was “the first major lawsuit under the Federal Records Act and the Presidential Records Act against the National Archives and the White House on whether government emails are distinct records from a paper printout,” Stern says.

Flash-forward a few administrations and Stern was working for the Department of Energy and applied for the general counsel position at NARA.

“The then Archivist of the United States pretty much said that he was very tired of getting sued by people like me and losing, so he decided to hire me,” Stern says.

In the 18 years since, Stern has made it his objective to be responsive to other people, including some of his old friends and colleagues, when they challenge or sue NARA.

“I brought the notion that, just because they’re suing us, doesn’t always mean that they’re wrong and we’re right,” Stern says. “[We] look into what the real problem is and see if we can resolve it.”

Stern is passionate about his role and the role of NARA.

“I totally believe in and support the mission, and I believed in the mission even when I was suing the archives because that’s what we cared about then,” he says. “We wanted them to do the right things.”

Stern knew from a young age that he wanted to go into public service. He assumed he would go to law school and then Washington and “sort of find his way.”

He did just that. After studying Ancient Greek at Vassar College, he attended Yale Law School, where he was editor-in-chief of the Yale Journal of International Law. He graduated in 1987 and found a job with the ACLU.

On the archives side, it has over four million boxes—one cubic foot each—with roughly 2,500 pages per box. That’s roughly 12 billion pages of paper documents. Then there are the bound volumes, photos, videos and posters.

NARA has “the Charters of Freedom”—the Declaration of Independence, the U.S. Constitution, and the Bill of Rights—and all of the permanent records that have come since. It also has all of the presidential records going back to President Hoover’s administration at its 13, soon to be 14, Presidential Libraries.

“And of course more and more is born electronic, so we have to preserve it electronically,” Stern says.

On the records management side, NARA sets the rules for what every federal agency should keep or throw away and when to throw it away. Approximately three percent of federal records are permanent. The other 97 percent get thrown away. The question is how long they should be kept. That time varies anywhere from one day to seven years to 50 or 100 years.

Plus, NARA gets up to 18,000 FOIA requests each year, and every day hundreds of researchers come in to the research room in its College Park, Maryland, headquarters to request records. If researchers don’t get the records or don’t get them quickly enough, they can file lawsuits against NARA.

A clean slate for the next POTUS

Each presidential changeover adds to that work load.

When President Obama leaves the White House, all of the Obama Administrations’ records will move to the National Archives. That’s thousands of boxes of physical records, as well as hundreds of terabytes of electronic records.

“Probably the single most important thing I’ve worked on, on a daily basis, is the presidential transition, and making sure that it’s all working well and smoothly, in close coordination with the White House,” Stern says.

Stern was in the White House the morning of Obama’s inauguration eight years ago to make sure every last one of President Bush’s records were properly transitioned and the Obama Administration could start with a clean slate. NARA was there until just before noon on January 20, when the Bush officials essentially got up and walked out the door and their job was done, and within a short time Obama officials walked in.

“Probably the single most important thing I’ve worked on, on a daily basis, is the presidential transition, and making sure that it’s all working well and smoothly, in close coordination with the White House,” Stern says.

“We joke, but we’re serious as well, that the National Archives is a wholly non-political, non-partisan agency of the government, but we always prefer a two-term president because it’s a lot easier to plan for the end of the administration,” Stern says.

In 2011, NARA worked with the Obama Administration to issue a presidential memorandum on managing federal records. It was the first time a president had spoken on records management since President Truman. The memorandum called on federal agencies to manage their records electronically because most agencies were still expected to print all of their electronic records and store them in paper folders.

That still happens to some extent. In 2012, NARA and the Office of Management and Budget issued the Managing Government Records Directive, which called for all federal agencies to manage their email records electronically by the end of 2016.  Last NARA checked, 93 percent of the agencies said they expected to comply on time.

Email has been around for nearly 30 years, so the challenge of managing it is not new.

“It’s just gotten bigger and more necessary that we figure out ways to address it and solve it,” Stern says.

For the last 10 years, especially, NARA has focused on guiding agencies on how to manage their email records and how to improve its own systems so the emails are both secure and accessible.

“Those are definitely our biggest issues,” Stern says, “but we’re starting to see some success, and that’s a good thing.”