The need for excellence in IP

A 2019 report by the Texas A&M Transportation Institute concluded the average commuter wastes 54 hours per year in traffic delays—more than a weekend, if you count the hours spent sleeping.

Jaimes Sher knows all about this. For decades, he had the same routine. His alarm would go off, he’d shower, get dressed, and rush to drive to work before the height of the morning traffic. Over and over and over, for jobs all over the country. 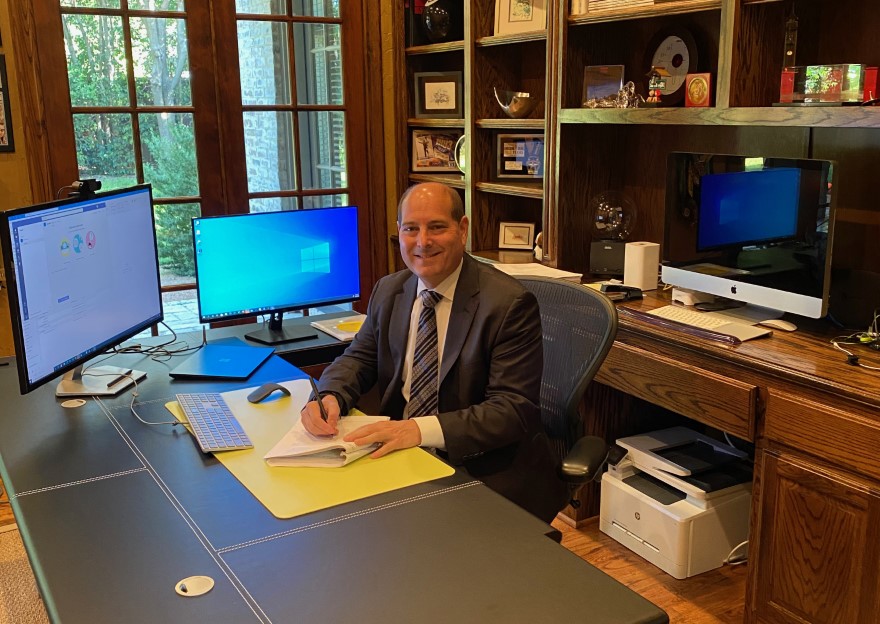 So, after decades of driving from wherever he lived to wherever he worked, Jaimes Sher is done wasting hours in his car.not done doing what’s motivated him each morning: passionately protecting intellectual property and helping clients get the most value from their IP.

With a desire to shorten his commute to the 10 feet from his bedroom to his office—while still being a staunch defender of creators and their inventions, companies and their ideas—Sher founded IP Excellence, a one-stop shop for all things related to intellectual property.

“IP law is an international, fun, strategic and ever-changing discipline, and that’s why I love it so much,” Sher says.

Sher says his business is much more than just a IP consulting shop. He aims to bring sophisticated and differentiated counsel to those wanting practical and strategic IP guidance and business solutions. While he stresses that he can handle the nuts and bolts of IP, like drafting and filing patent applications, Sher’s wants to help companies understand what they’re getting from their valuable investment in IP.

“I’ve been very fortunate to have done almost everything there is to do in intellectual property around the world and for Fortune 500 companies,” Sher says. “And I’ve been successful, so I think I have a lot to offer companies looking to benefit from my experiences.”

On his new website, ipexcellence.com, Sher defines IP excellence as “a mindset, a strategy, a process, and a drive toward competitive advantages for generating realizable business value.” He doesn’t want to compete with firms or lawyers at companies he works with; he wants to support them and help them bring “justifiable and measurable” results.

His goal, Sher notes, is to help companies bring a culture of innovation, complete with all the processes and mechanisms for creating, obtaining, maintaining, protecting and using intellectual property to drive business value.

So, for instance, he has developed a budgeting template that, when aligned with IP strategy and metrics, drives decision making. Sher also has developed engaging training programs for sparking enthusiasm for IP. This, along with “war stories” from his extensive in-house experience, give him a unique perspective, he says.

A career of protection

How did he get to this place?

Sher’s first job after school was as IP counsel for ExxonMobil in Houston, a position he held for more than 13 years. While there, he was responsible for patent portfolio management and had administrative responsibilities for some of the largest and most important research and development activities within this Fortune 100 company.

“I worked with multi-million budgets, managed extensive IP portfolios and led large global teams of in-house and outside lawyers,” Sher says. He added that the training and world-class legal exposure is what has given him the foundation to build his career. 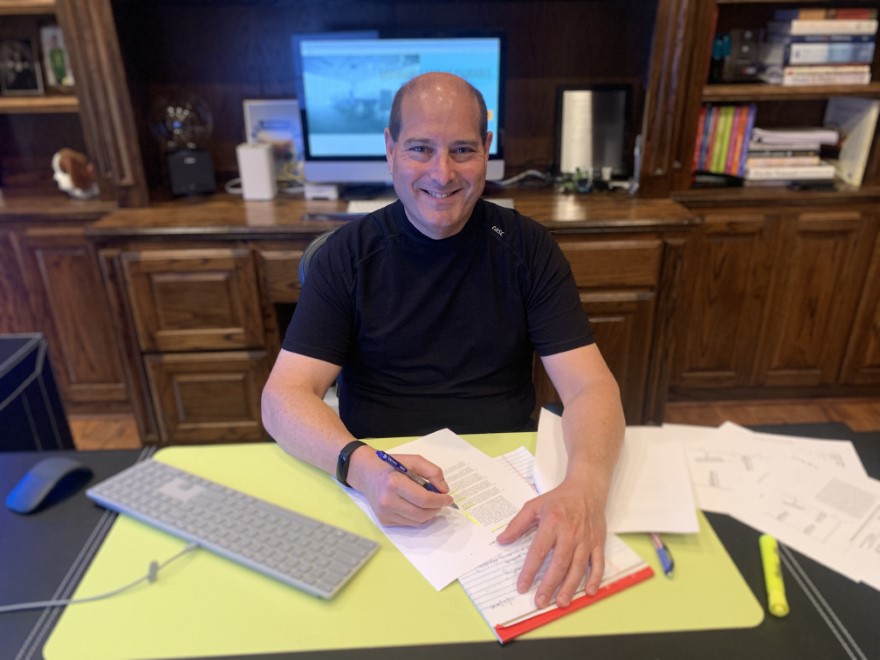 From there, he took a position for a recently acquired start-up business at Cabot Corporation, a specialty chemicals and performance materials company. Here he was a member of the senior management team and established a legal group from scratch. He built upon his strong foundation and passion for driving business value from IP. Working in such a fast-paced, highly charged, and energetic organization was infectious, he says.

After three years, he moved on to become chief IP counsel and associate general counsel for Chemtura (now Lanxess) for nearly three years, where he learned how to lead—rather than manage—a legal function. Later, he held the same position with Dallas-based Celanese, another Fortune 500 company, for more than nine years.

In each position, Sher was responsible for IP globally and leading teams of in-house and outside counsel. Sher learned very quickly that every company—and specific business within them—requires specifically tailored IP requirements for driving business value. He also learned that there are many definitions for what is valuable.

At Celanese, having been there during the tenure of two CEO’s, two general counsel’s and several major reorganizations, Sher says flexibility and ability to change directions is essential. IP is not something you can shut-off or turn-down quickly. People change and strategies evolve, market opportunities emerge and competitive activity is unpredictable.

Despite his success in IP, Sher wanted to eventually become a general counsel, and he achieved that for nearly three years at Ulterra Drilling Technologies in Fort Worth.

“I can see why some people like being a GC, but for me, it wasn’t as strategic and exciting as the intellectual property space,” he says.

Working with private equity and for a small portfolio owned company, another first for Sher, was an eye-opening experience. Given the highly depressed market conditions in the oil and gas industry, and with reduction-in-force actions being taken, Sher wanted to be prepared.

So, he explored starting his own company, an option he’d kept in the back of his mind since he was an impressionable college student finding his way.

Sher admits that the average attorney who ascends to a general counsel position doesn’t often go back to working in one area. But his interest in IP goes back to his early days in law school.

Sher studied biology and chemistry—with the idea to go to medical school—at the University of Texas. He was influenced to some extent by his father and grandfather, both medical men. While a pre-med student, he developed a keen interest in the sciences and new technologies and was ready to enter medical school, but he changed his mind at the last minute. Little did he know that this difficult decision would set him on a path towards his passion. 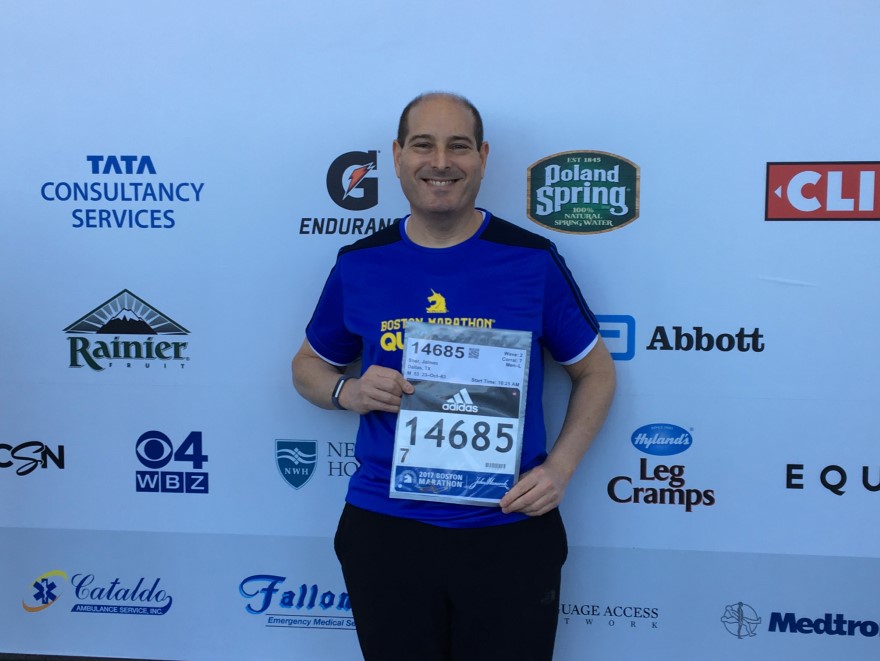 He ended up forgoing a path to be a medical doctor and instead enrolled at St. Mary’s University School of Law, but while there, he began to regret his decision. He found that general law, while interesting, was a little too dry. He missed the excitement and challenges that come with learning about new technologies and scientific advancements. During his second year, it hit him that he could have both. That’s when he discovered the world of IP and ended up getting a master’s degree in the topic at the John Marshall Law School in Chicago.

Many successes later, Sher’s more excited than ever by IP, attributing his success and passion to seeking challenges while not limiting his thinking to the past.

“I’m driven to find ways to use my talents to promote IP excellence for my clients,” he says. Especially when he’s not waiting in traffic. 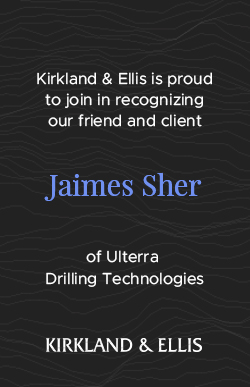