Putting sports betting on the radar

For sports fans around the world, the mobile-phone revolution has ushered in a new age of instant-update convenience. Even if you forgot to DVR the big game, second-by-second stats and scores are never more than a swipe or two away, whether you’re waiting for coffee or headed to a friend’s for dinner—so long as you’re checking in the passenger seat, of course.

If you’re one of the countless millions who regularly scrolls for stats, regardless of the ware or website, there’s a good chance Sportradar put it there. That you’re just now learning this proves how far under the radar the Switzerland-based data company has operated. 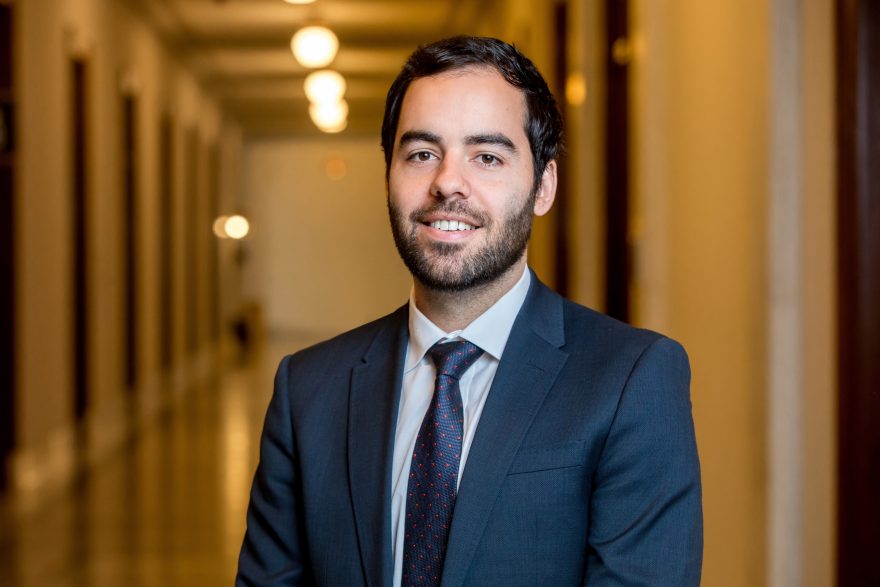 Following the Supreme Court’s recent decision to effectively legalize sports betting in the United States, however, Sportradar’s blip is about to get a whole lot bigger.

“This decision effectively brought a multibillion-dollar business out of the shadows in the U.S. and created the world’s second-largest gambling market virtually overnight,” explains Jake Williams, vice president of regulatory and legal affairs for Sportradar’s U.S. operations. “It’s a game-changer, for sure, and we’re prepared to capitalize.”

For years, Sportradar’s role was to provide information to bookmakers all over the world: backend services like up-to-the-second odds, live data feeds and other resources. That’s still the company’s bread and butter, but the growing role of sports analytics has demanded an ever-larger purview—and an increasingly nimble legal department.

As the head of Sportradar’s U.S. rights-management efforts, Williams has had to negotiate contracts with some of the world’s biggest sports leagues, including the National Hockey League, the National Football League and the National Basketball Association (NBA) and content partners such as the Associated Press and Getty Images.

In addition, Williams handles all agreements relating to Sportradar’s media partnerships, allowing it to distribute its own or league data to content providers like ESPN, Yahoo, Facebook and CBS, among others. The result is what Williams calls “all-encompassing data distribution, wide-ranging content solutions and myriad other products and services to the media and betting industries.”

He also works closely with the company’s Sports Integrity Team to ensure that more than 70 partners around the world who work with Sportradar protect the integrity of their matches and games.

Winning on the court

In the wake of the recent Supreme Court decision, Sportradar’s services are in high demand, as evidenced by a tenfold increase in the number of service requests since 2017.

Until recently, Nevada was the only state that allowed bookmakers to operate in a meaningful way. Now that the floodgates have been opened, Williams foresees a boon for the industry—and a developing sports betting ecosystem for years to come. 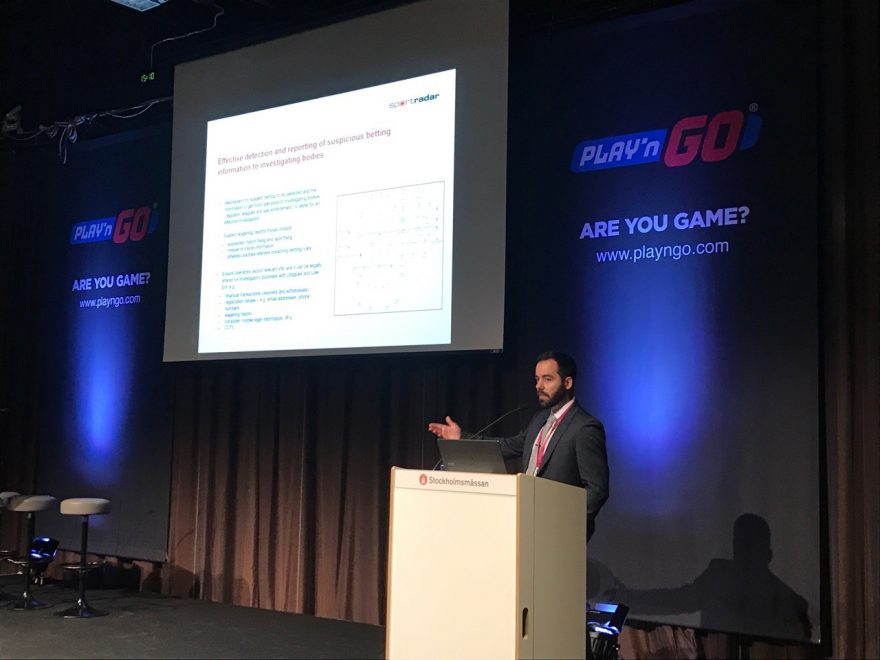 “Sports, and especially college sports, are so deeply ingrained in the national psyche, leagues and media providers have to be ready to meet that demand,” Williams says. “Because of that, the data is only going to become more instantaneous and more hyper-specific.”

In the past, a fan’s betting scope was inherently limited: the final score, whether the underdog covered the spread, or how many points a particular player scored. Now, one can foresee placing a wager—in a regulated marketplace, Williams is quick to add—on how many 15-to-20-foot jump shots a particular basketball player takes in a quarter.

As data becomes more granular, there’s growing debate over whether the rights to that information belong to the leagues, or to the players’ unions. That, says Williams, represents his role’s next great challenge.

“When the players themselves are the sources of data, you’re invariably going to run into ownership issues,” Williams explains. “So it’s important we be able to navigate that intellectual property and regulatory framework effectively, such that we can continue providing the best data possible.”

This past July, Sportradar was sold to a group of investors. But while Williams describes his role as mostly ancillary, he says it’s imperative that he and his team keep their eye on the legal ball.

“We have 35 offices in 24 countries around the globe, so it’s imperative that everyone be on the same page with regards to the relevant regulations,” Williams says. “Sports have never been more global, and that requires constant due diligence.”

For Williams, understanding the nuances of the global sports landscape—from American basketball to Russian ice hockey, Indian cricket to Colombian soccer—is part and parcel of the post. Indeed, you could say it’s one he was born to run.

Born and raised in Australia, Williams was a sports fanatic, playing everything from cricket and AFL to tennis and rugby. Though he knew following in his father’s footsteps was unlikely—Greg Williams spent time as a professional AFL footballer—the younger Williams was dead set on sports as a viable career.

Like many Australians, Williams spent his first post-high-school year figuring out what he wanted to do next. He worked as a barback in a local pub. He got his personal training certification. He pulled stints at a property development company and accounting firm.

When a mentor recommended a dual law and business degree, Williams was reticent about the workload. Looking back, he calls it one of the best decisions he’s ever made.

“Having the ability to work alongside the business units and offer succinct and specific legal expertise is a huge advantage.”

Following a postgrad stint with a law firm and property management company, Williams took advantage of a unique Australian visa program, pursuing what he thought was a temporary relocation to the U.S. in 2014. In 2015, he discovered the international sports law program at New York’s St. John’s University.

After earning his LLM in 2015 (4.0 honors), Williams took a position as legal intern for the Confederation of North, Central American and Caribbean Association Football, one of soccer’s foremost governing bodies.

Later that year, he was hired by Sportradar to help its European legal department. Eighteen months on, he was named director of legal affairs for the company’s U.S. operations. And while his first two years have proven a whirlwind, Williams has welcomed the challenge—and the competitive verve.

“I feel like I’m one of the fortunate few who have a position that fits my skillset perfectly,” Williams says. “Working in sports is incredible on its own, but to know our company is on the cutting edge of our industry—that’s what makes this role uniquely special.”