A career and company worth waiting for

When he first arrived at Entrata’s cramped corporate headquarters, then located on the dimly lit second floor of a credit union in Salt Lake City’s outskirts, Jared Hunsaker—the company’s sixtieth hire—had to share his cubicle with another coworker.

Today, the seasoned general counsel is one of more than 1,600 employees. Meanwhile, the company’s revenue has increased more than tenfold, spurred by its growing suite of real estate management platforms. 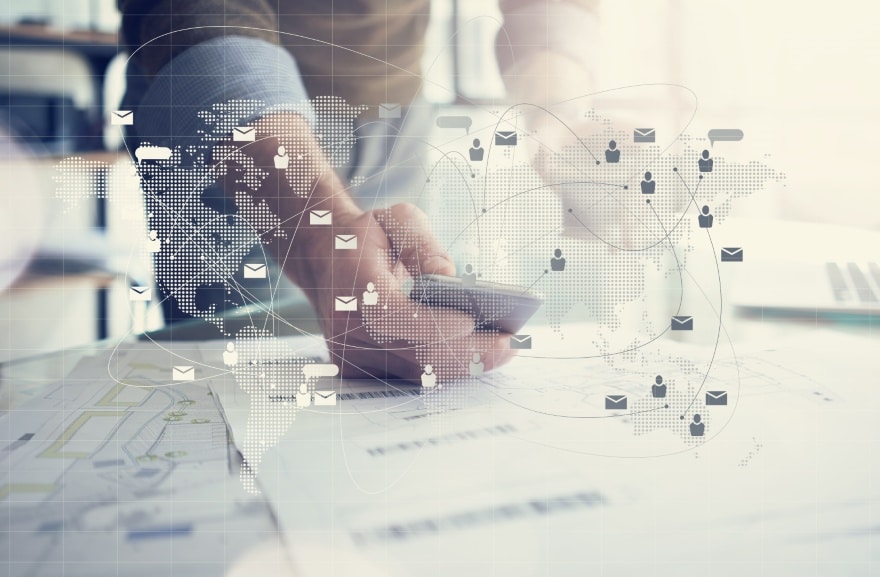 “When I started at the company, we had one paralegal and a small accounting department,” recalls Hunsaker, who joined Entrata in 2010 following a four-year stint as a private practice attorney. “For my first two years, it was my eyes on every contract we encountered. Things have changed quite a bit.”

Not the least of which has been Hunsaker’s own legal purview.

Given Entrata’s offerings—marketing and enterprise resource platforms offered across industries and service companies in all 50 states—regulatory compliance is paramount. Accordingly, Hunsaker works closely with Entrata’s research and development team to ensure the products meet laws and guidelines, from the Health Insurance Portability and Accountability Act to the Patriot Act and beyond.

As Entrata looks to broaden its presence in China, Europe and Canada, Hunsaker has added international compliance to his docket, with the help of a trusted group of expert outside counsel.

“We have to be strategic in how we use outside counsel, and international compliance is a great example of that,” Hunsaker explains. “The regulatory landscape is often very different, so it’s important to have those boots on the ground that can help you navigate it.”

That data diligence extends to Entrata’s internal operations. To date, Hunsaker says that half of his continuing legal education courses (known as CLEs) have involved data security. Together with the company’s chief information officer, Hunsaker launched an internal risk committee in 2011, wherein the heads of Entrata’s biggest departments meet monthly to discuss and evaluate potential cybersecurity risks.

According to Hunsaker, one of the by-products of these meetings was a risk matrix that allowed him and his team to plug certain eventualities—a data breach, for example—into a “heat” map to determine which risks are most pressing. 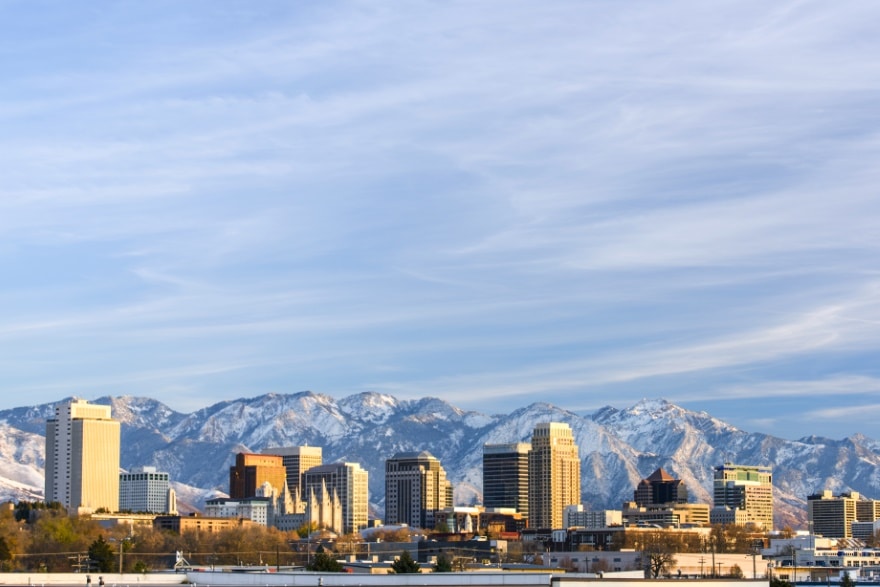 “It was readily apparent early on that data breaches should be a major focus for the company,” Hunsaker recalls. “It’s not just about identifying the biggest risks today; it’s about looking down the road and trying to spot future threats.”

Hunsaker’s duties aren’t entirely defensive, however. Owing to Entrata’s bootstrap roots and organic growth (the company has never accepted venture capital), internal business advice is doubly important. Here, Hunsaker draws on his considerable real estate experience—acquired during his days as a leasing manager, then as an attorney specializing in business law—to advise on everything from market strategies to staffing.

It’s a role that requires a Broadway closet worth of hats. Even if it took him some time to find that first right fit.

Growing up in Utah, a state where the NBA’s Utah Jazz are less a basketball team than a way of life, Hunsaker dreamed of one day gracing the team’s home court. While his basketball talent wouldn’t carry quite that far, it did earn Hunsaker a full-ride scholarship to New York’s Marist University, where he graduated with a B.A. in English literature.

Unsure of where his future lay, Hunsaker tried his hand as a sportswriter and restaurant manager. But it was the advice of his father, an Army veteran who served as a law clerk during the Vietnam War, that convinced Hunsaker to try his hand in the legal world.

“He was the one who taught me that life isn’t a sprint; it’s a marathon,” Hunsaker recalls. “When he got laid off at 50 years old, he went back to school and learned the skills he needed to. That was inspiring to me. I knew if he could do it, so could I.”

In 2004, Hunsaker enrolled at the University of Utah’s S.J. Quinney College of Law, where he earned accolades as one of the school’s most gifted moot court competitors. After earning his J.D. in 2006, Hunsaker joined the Provo, Utah, firm of Reneer & Associates, specializing in contracts, leases, discovery requests and other first-timer accoutrement.

In 2009, Hunsaker made the jump to the Law Office of Elaine Cochran, where he narrowed his focus to real estate law, family law and civil litigation.

The audition proved to be a brief one. Having rubbed shoulders with the longtime general counsel (GC) of Marriott during a Mormon retreat, Hunsaker had grown intrigued by the unique demands of in-house counsel. When Entrata announced it was looking to hire its first GC, Hunsaker saw an opportunity.

Eight years later, the job still feels tailor-made—though he’ll always be the first to credit the handiwork of others.

“One rule I’ve tried to live by in this role is to always hire people smarter than you,” Hunsaker says with a laugh. “A lot of people might feel threatened by that. I feel empowered. It’s a lot like basketball, in a way: you want a team where the whole is greater than the sum of its parts.” 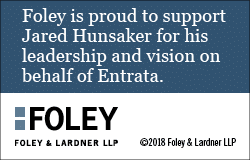 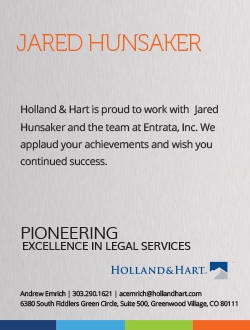