Jason Maxwell wasn’t necessarily an expert at global real estate when he became general counsel at Hines Advisors in 2006, but he’s nothing if not adaptable. Especially when there’s an opportunity to advance his employer as well as himself.

“The world is an unpredictable place and you have to be proactive in managing that change,” the affable 44-year-old legal boss for Hines Global real estate investment trust tells Vanguard in March, just days after helping to successfully resolve a long-running litigation. 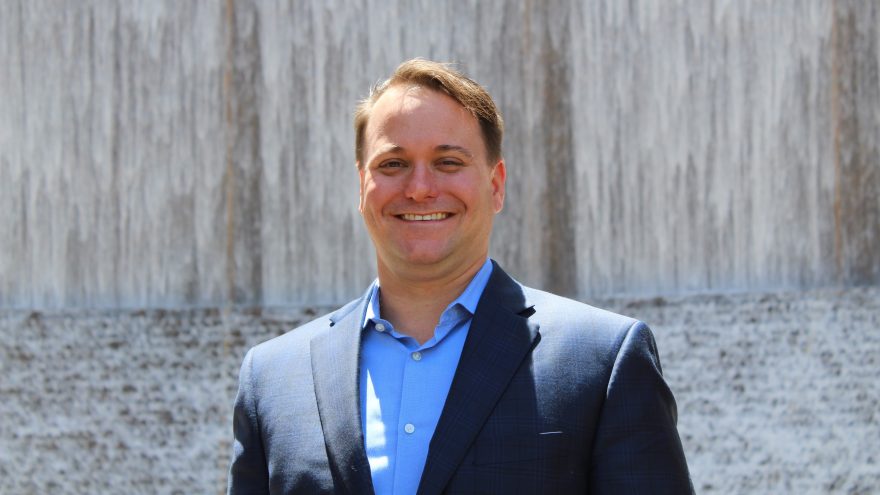 “You can’t control where your business is heading with all the vagaries of the international economy. Even your career path isn’t likely to be that linear.”

That said, preparing for multiple possibilities will keep Hines moving forward even if there will be occasional zigs and zags that Maxwell has been accustomed to straightening out since coming aboard as boss of legal, as well as chief compliance officer of HMS Income Fund, a public non-listed business development company sponsored by Hines.

It’s a responsibility best entrusted to someone well-versed in the nuances of law, finance and business—and, of course, the ability to adapt to the ever changing circumstances of global real estate investment.

Prior to joining Hines, Maxwell had distinguished himself for over eight years with the prestigious firm of Locke Lord, where he made partner, but private practice wasn’t where he wanted to settle.

“I’ve always had a mind for business,” says the Georgetown University law grad whose worldliness was enhanced with a summer semester at Germany’s Heidelberg University.

“I wanted to be a corporate and securities lawyer because I knew it would increase my marketability for an in-house position down the road. Being in the trenches with the business team day to day and getting to know the entire operation of one client appealed to me more than continuously jumping from deal to deal for different clients.”

The opportunity for that greater involvement now comes daily, with Hines maintaining operations in 24 countries. The stakes are higher and the stage is bigger, and that’s how Maxwell likes to work.

On March 2, the Circuit Court of Maryland preliminarily approved settlement of a purported class action lawsuit, brought forth in August 2016, by stockholders alleging breach of fiduciary duties and other claims against Hines Real Estate Investment Trust and its directors. While Hines denies any breach of fiduciary duties, Maxwell believes the settlement was in the best interest of the firm and prefers to look forward.

“I’ve been working on it for close to two years with a fantastic team of lawyers from O’Melveny & Myers and Venable, and it was important to obtain the court’s pre-approval of the settlement,” he says.

The O’Melveny team helped Hines navigate through complex procedural and legal issues, drafted a strong dismissal motion, and ultimately helped negotiate a favorable settlement, Maxwell says, hoping the court will soon give the final OK to the matter later this year.

Hines REIT was the first public REIT sponsored by Hines that owned over $5 billion in assets at its peak.  Two years earlier Maxwell had helped put the final pieces in place for that fund liquidating by leading the sale of seven U.S. office assets going to a Blackstone affiliate for $1.162 billion in a complicated real estate-corporate hybrid transaction for which his skill set was suited.

Maxwell speaks excitedly about the firm seeking to raise new capital in Hines’ latest perpetual life REIT fund: Hines Global Income Trust. A non-traded REIT with a $2 billion public offering, Hines Global seeks to assemble a portfolio that includes properties in all sectors globally —office, industrial, multi-residential, retail and hospitality—and is sure to expand the firm’s international footprint and add to Maxwell’s deal transaction experience of over $20 billion during his 12 years at Hines.

When asked about this latest fund, Maxwell again credits the many others who make his job possible. “Ali Connaughton at Greenberg Traurig has been a key member of our outside counsel team for nearly a decade with her knowledge of non-listed REITs, and her team’s work was so critical to help us launch this fund’s latest offering,” he says.

Impressive transactions, especially for a general counsel who hadn’t focused much on real estate before joining Hines. While being a seasoned negotiator of big deals, he believes his most difficult challenge is to advise boards of directors as general counsel for the four public companies simultaneously sponsored by Hines.

“Being a master of the big deal is really the easy part of my job, with the most difficult part of my job providing effective guidance to four different boards and responding to the needs of so many different and often competing constituencies,” he says.

Like so many things in the legal world, it’s on-the-job learning that may makes one a capable lawyer.

“Law school only teaches you to think as a lawyer,” he says. “When I got to Locke Lord, I learned about corporate securities by doing a ton of highly sophisticated transactions on securities, mergers and acquisitions and private placements deals. It was my experience on those matters that made me a well-trained attorney ready for my next series of challenges at Hines.”

For upon coming to Hines, there weren’t any training wheels.

“Our then-CEO of the public REIT funds says to me, ‘Hines is in the business of buying, selling and managing real estate, and that’s where you need to spend most of your time,’” Maxwell remembers. “So I set about to learn everything I could about buying, selling and financing real estate globally. That was the first time I had to adapt to a new circumstance, but I am now a subject matter expert in real estate transactions around the world, as well as U.S. corporate and securities law, which is a very rare combination of skills.” 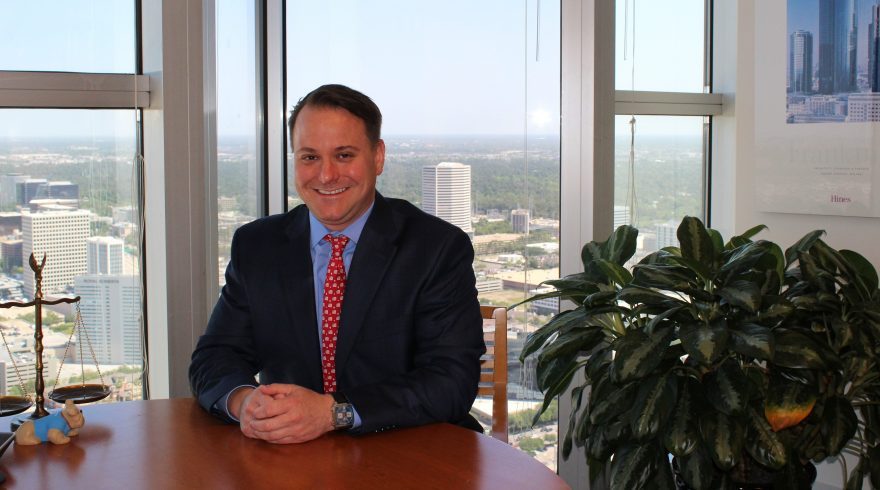 It wouldn’t be the last time he had to adapt on the fly. When HMS Income Fund’s chief compliance officer retired in June 2015, Maxwell brushed up in that area.

“Just another tool in my belt,” Maxwell calls it.

The need for more tools only grows, with Hines since surpassing $100 billion in assets under management in every hemisphere. “I can only perform my job well because I work with truly outstanding people in all other functional areas at Hines. Hines has the best professionals in the real estate industry, whether it is asset management, accounting, finance, engineering or risk management.”

Hines also created a central resources legal team being led by Richard Heaton, whom Maxwell says “is doing a good job and makes Hines personnel more aware of legal risks so that the legal teams can proactively address many legal risks.”

“We have worked on and closed big deals and have grown closer as friends,” says William Wagasy, a former Navy SEAL who did multiple tours in Iraq and Afghanistan post-9/11. “I have found Jason to have those intangible qualities of character in business that I would look for in a fellow SEAL warrior on the battlefield. He is a man of integrity and professional bearing that you can trust and rely upon.”

Maxwell sums up his role in more humble terms.

“A mentor (Don Hammett of Dentons) once told me that the poorest lawyer in the world is one who says ‘no,’” Maxwell says. “I remember that mantra every time I’m thinking about the goals of our client, which is the company. Instead of saying ‘no,’ you’ve got to understand the client’s business objective and look for potential avenues to reach that desired outcome, while maintaining the ethical voice of the company.

“I have tremendous pride in working for Hines, and I have no job more important than protecting the integrity of the Hines brand.” 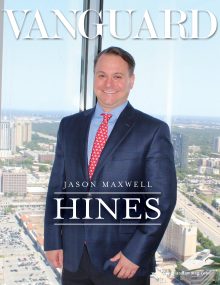 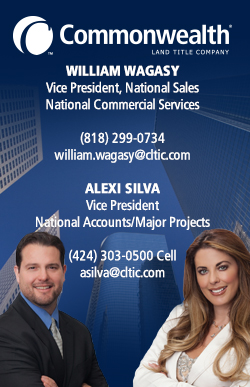 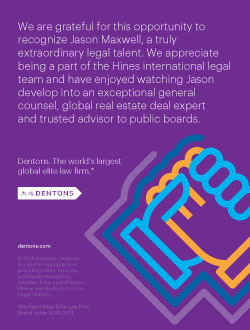 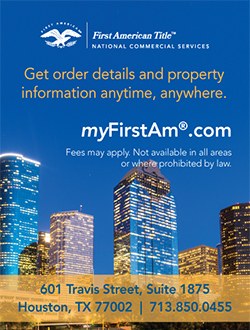 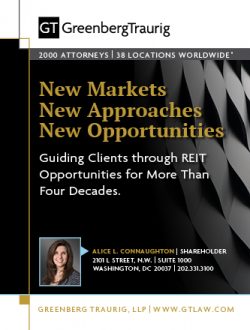 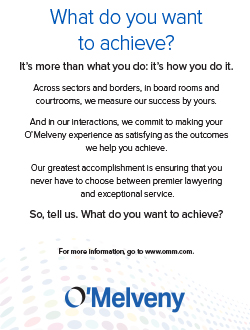 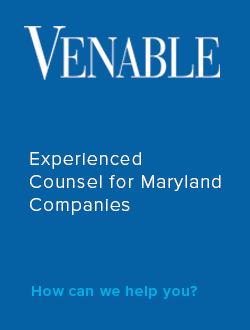