In the middle of the recession that gutted the housing market in 2009, John A. Williams had a hunch. He believed multi-family housing properties would be the first area of recovery so with his co-founder, Lenny Silverstein, he formed Preferred Apartment Communities Inc.

“We had a visionary CEO and he was 100 percent right,” says Jeff Sprain, who’s been there from the start.

Sprain, PAC’s executive vice president and general counsel, helped make the founding vision a reality—or at least bring it to the next level—as he guided PAC’s IPO process and filings, and eventually got to ring the bell signaling the end of daily trading at the New York Stock Exchange in 2014. 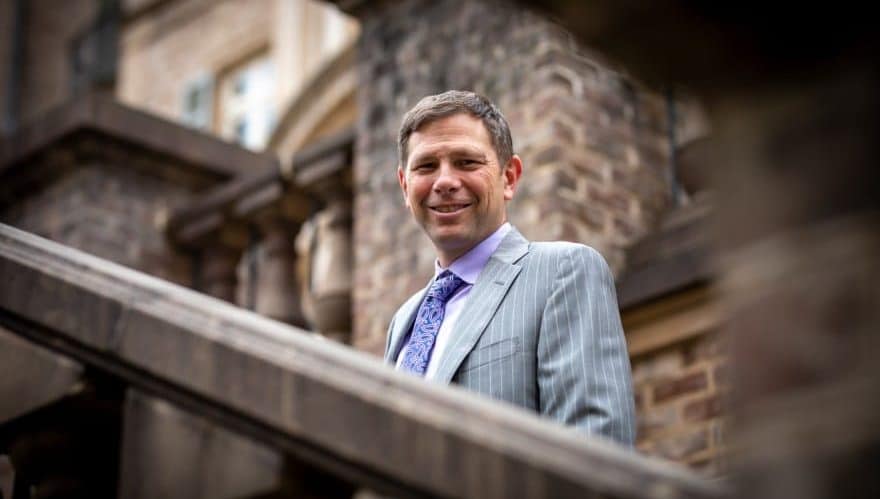 A decade after the company began with no assets and a vision, it has a portfolio worth more than $5 billion; one that expands on an almost monthly basis throughout the Southeast and as far west as Arizona and north to Pittsburgh.

As Sprain explains, not just any multi-family housing will do. PAC buys communities in irreplaceable locations with amenities and stable turnover rates that promote quality of life.

“These are for renters who want something exceptionally nice but do not want to own a home for any number of reasons,” he says.

As Sprain notes, the company is now carrying on its founding vision without Williams, who died suddenly in 2018.

How PAC moves on is also a testament to Williams’ expertise and influence, Sprain says. His mentor not only had the inspiration to start the company, he developed and harnessed the talent to ensure its success.

“We grew by adding assets and qualified people who bought into the culture,” Sprain says. “We truly have a deep bench and the people to step up and into new roles. We are constantly growing by raising capital and buying properties.”

Most of PAC’s portfolio, about 60 percent, is in multi-family housing communities and student communities. The remaining holdings are split evenly between retail and office space. In all, the company owns assets in 56 cities spread through 15 states, buying newer or just completed turnkey developments. 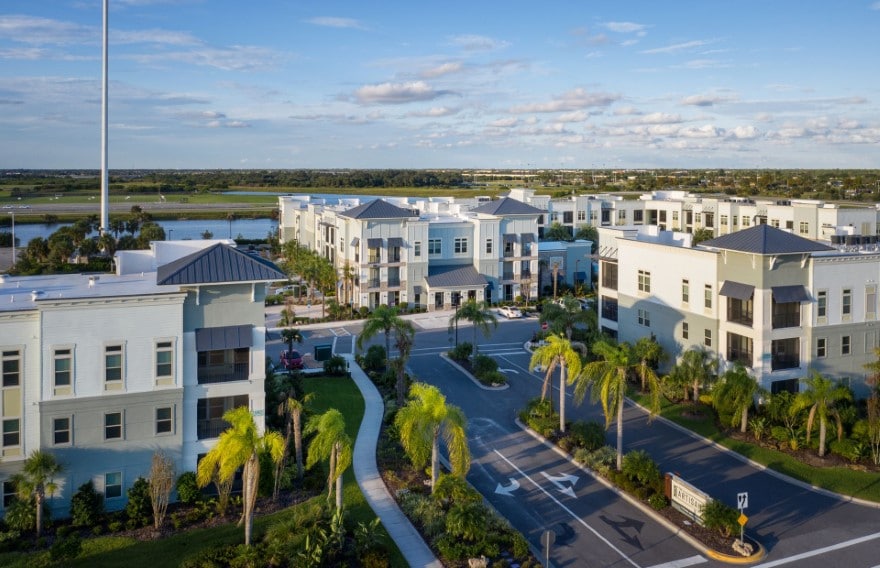 In September 2019, PAC added to its Florida portfolio by acquiring 5 Oaks at Westchase in Tampa, Florida, a 218-unit development designed for family living. The acquisition was followed the next month by the loan investment in 340-unit Vintage Horizon West in Orlando. Sprain coordinated the transactions with his team, and says the pace of investment will not slow anytime soon.

With another attorney and two paralegals, Sprain oversees all the legal affairs for the company, although he says he will call in outside counsel to handle some aspects of purchasing and financing.

“A lot of what I do is creating separate limited liability corporations for every acquisition,” Sprain says, adding he also works with the company’s investment committee and advises its board of directors.

PAC has a very targeted approach to building its portfolio. The company invests in Class A residential developments laden with amenities such as pools, workout centers and community rooms. In the future, the company plans to make accommodations for electric vehicles, including charging stations at parking spaces.

Renters are typically people who travel for work, move frequently or have not yet saved up the money to buy a home. Sprain says the company also seeks developments where 50 percent or more of the residents remain for more than a year.

PAC generally does not invest in older multi-family developments; the average age of its holdings is about 5.4 years. Even then, the question arises about amenities for a changing demographic, and whether upgrading a property provides a better return on the investment than selling it, Sprain says.

Sprain also helps secure the retail portfolio, which is predominately comprised of shopping centers anchored by supermarkets with tenants that are “internet resistant businesses.” With chains like Kroger or Publix supermarkets anchoring the sites, Sprain says there is always a flow of traffic in the developments, because while customers may be able to order groceries online for pick up, there are not many options for home delivery. 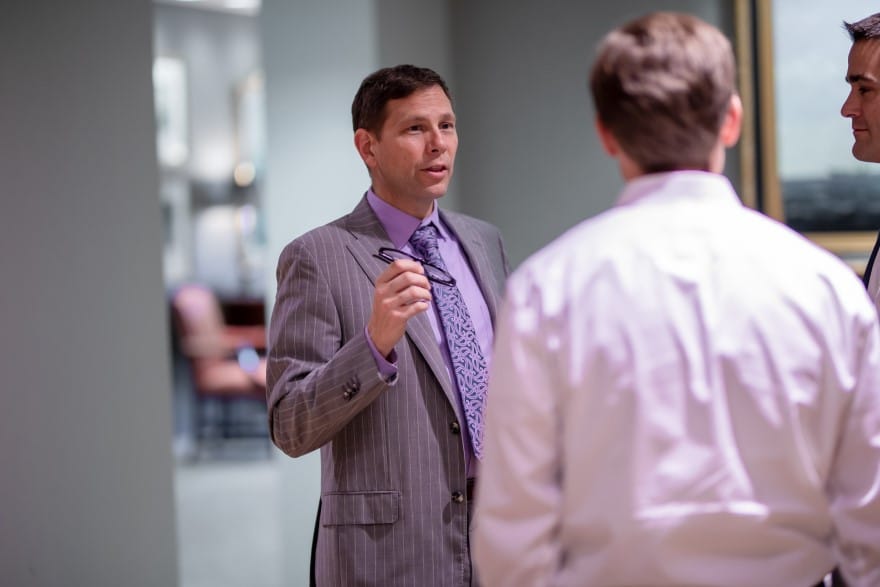 “We look at average area incomes to be sure there are customers, and we look at stores with good residential density from three to five miles away,” Sprain says.

PAC also invests in Class A Office properties in high-growth major markets, primarily across the Sunbelt, with assets like the recently acquired Wells Fargo Capitol Center, a 560,000-square-foot-Class A office building in Raleigh, North Carolina. The 29-story tower is leased to a diverse mix of high quality tenants representing financial services, law, technology, government and other industries, Sprain says.

From the lab to the law

For someone whose process is so deliberate, Sprain had a fairly unconventional and meandering path to becoming an attorney. A Wisconsin native, Sprain graduated from the University of Wisconsin in 1993 with a degree in electrical and computer engineering. In the years before law school, Sprain was a research scientist for the U.S. Air Force in lab facilities in upstate New York. He decided against a military career, he says, but Sprain remained undecided on pursuing an MBA or J.D. Told his background would make him suited for patent law work, he went to the University of Minnesota Law School and earned his J.D. with magna cum laude and Order of the Coif honors in 2001.

Though he was a patent law clerk while attending the University of Minnesota, Sprain was drawn to corporate law after graduation, specializing in mergers and acquisitions. 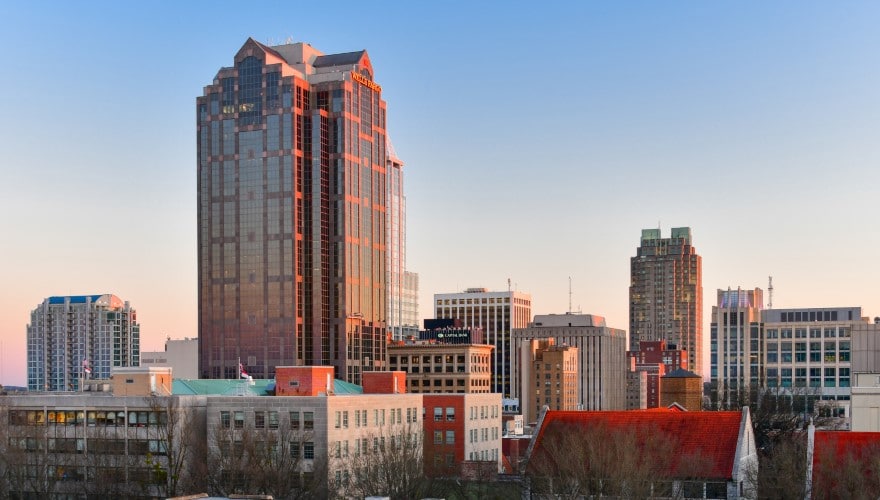 Being away from the office does not necessarily get Sprain away from the law, nor does he necessarily want to be—his wife is a litigator who has worked on First Amendment media law. They have a 12-year-old daughter, and Sprain says his leisure time is filled with biking or running half marathons. He also remains a passionate Wisconsin Badgers football fan.

While Preferred continues to grow, Sprain says the loss of Williams is still felt in the company of more than 700 employees.

“John always told us to do three things,” Sprain recalls. “Work hard, have fun and be more than fair. We truly lost an icon in the multi-family development world.” 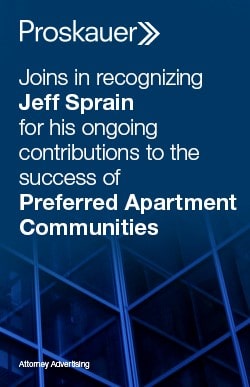 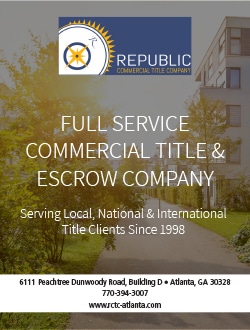