From glamour to departments of corrections

Rare may be the person among us who’s not on a first-name basis with someone incarcerated. At any given moment, there are around 2.3 million Americans being detained in a local, county, state or federal facility.

Whether it be for a short stay in jail or a long stretch in prison, some kind of positive outreach from a friend or family member would seem advised for that inmate’s rehabilitation or mental well-being. Well, in much of the nation, it’s never been easier to interact with a friend or loved one behind bars—at least virtually—or send them a modest amount of cash for essentials or entertainment. 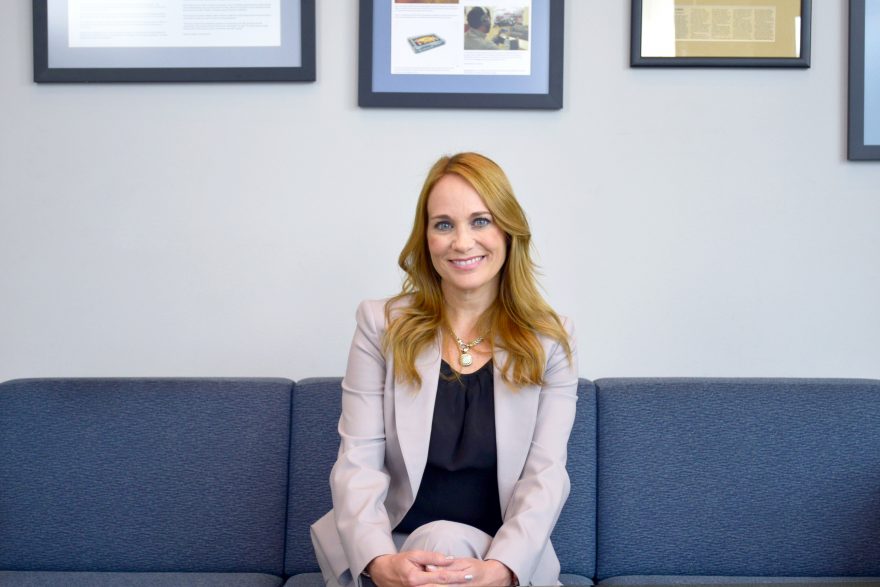 For since 2002, JPay Inc., a corrections-related service provider headquartered in the Miami area, has been enabling such interaction, servicing over 1.3 million inmates and their friends and families in the 35 states where the company is under contract.

“The Apple of the prison system,” Bloomberg Business Week deemed JPay in 2012, and that seems even truer today, the company having since added to its amenities the JP5 tablet, an “industrial-grade” item allowing inmates to read and draft emails, play games, read news articles and e-books, view photos and VideoGrams sent by their loved ones, watch movies, and download from a music library of more than 10 million songs. Inmates may also earn college credits or study for their GED on their tablet through JPay’s Lantern program.

But as is the case with any operation involving jails and prisons, JPay’s growth must be accompanied by the most stringent legal compliance.

Well-suited for the job

Such is among the many roles for Jessica Y. Camuffo, a 1997 Harvard Law grad who’s served as JPay’s general counsel since 2015. Camuffo brings a diverse background that includes an eight-year in-house run with ANN INC., owner of the Ann Taylor and Loft brands, and a subsequent consulting role with Take-Two Interactive Software upon moving to South Florida.

“I’ve gone from glamour and fashion to video games to departments of corrections,” Camuffo says with a laugh from her office in Miramar, Florida. “But at the end of the day, general expertise can be applied to any industry.” 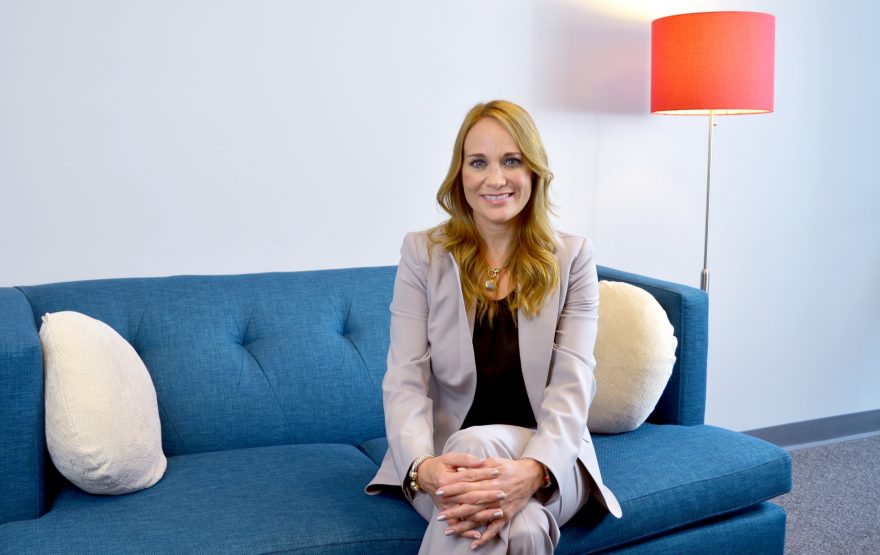 Only in JPay’s case, the stakes might be higher and the oversight more intense. The 35 departments of corrections each have their own rules and regulations, Camuffo says, and whenever any company gets into electronic money transfers, it must be licensed as a money service business wherever it operates.

While JPay primarily services state departments of corrections, it must abide by federal anti-money laundering rules for money transfers and detect and report any suspicious activity. Ways around the rules seem limited only by the imaginations of those trying to beat the system, but Camuffo says some schemes stand out, such as multiple moves of large sums to a single inmate.

“Compliance in everything is the most rigorous requirement,” explains Camuffo, whose role as JPay’s only in-house lawyer is somewhat eased by a small but capable compliance department and outside counsel. “There’s daily transaction monitoring to ensure we comply with federal law, and the states also require quarterly reporting of our transactions.”

There’s a litany of other matters for Camuffo to oversee.

Though JPay was well established when she, at the behest of a headhunter, came aboard nearly four years ago, Camuffo says it still had the energy of a startup.

New means of communication between inmates and their loved ones were being introduced, and more entertainment options were being offered to inmates, putting a premium on Camuffo’s savvy for intellectual property law and her ability to negotiate complex agreements with service providers. 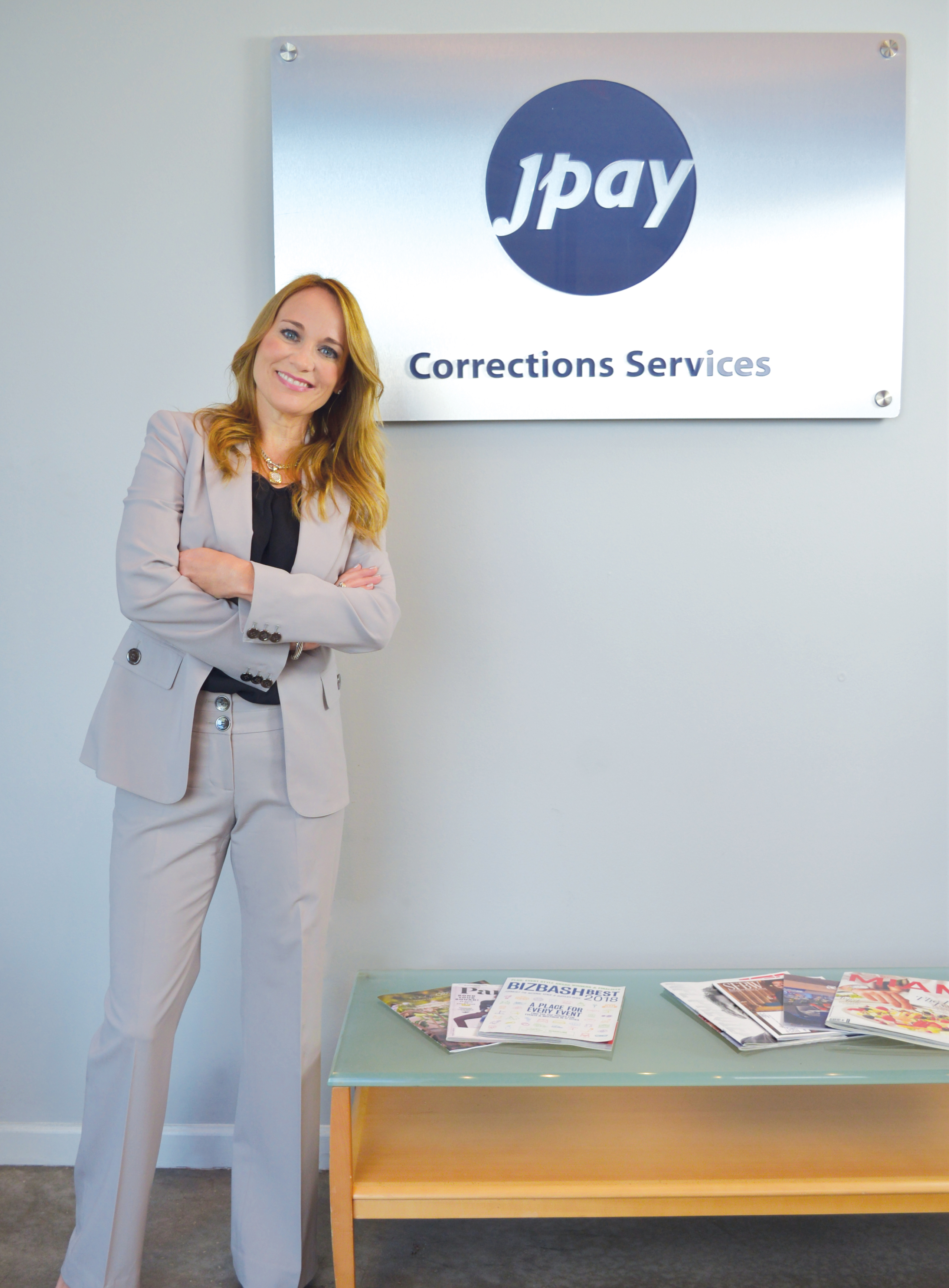 And there’s always something on the litigation front, especially the class-action cases that Camuffo finds so intellectually challenging. While she may rely on such outside counsel as the Boies Schiller Flexner firm, Camuffo “reads every single thing that crosses my desk” and in the past year can chalk up a couple of victories.

This summer JPay warded off allegations it unduly attached fees to the prepaid and reloadable cards it provides to inmates upon their release. Last summer a federal district court judge ruled JPay did not have to face class arbitration by consumers who took issue with JPay’s money transfer service.

For Camuffo, it all goes with the territory of being an in-house legal boss. It’s the direction she chose after six years as an associate with Cleary Gottlieb Steen & Hamilton LLP and an earlier go at founding the since defunct HolaMujer.com website, a casualty of the waning dot-com era.

She’ll never regret that initiative, Hola Mujer meaning “Hello Woman” in Spanish. She the daughter of a Peruvian-born woman and American man, Camuffo was reaching out to the 16 million-plus U.S. women of Latina descent, as well as women throughout the Latin American region. While she enjoyed early success, she wasn’t able to secure a second round of funding.

The firm work was fulfilling, with Camuffo being called “Port Lady” by a Cleary Gottlieb partner for her project finance work involving the financing and construction of marine terminals throughout Latin America. But, as many in-house lawyers will say, private practice has its constraints.

“I like seeing projects from beginning to end,” she says. “You get that more in-house than with the law firms. You get to see the success or failure of the launch of a business initiative and use your business and legal skills to protect the company against risk.”

And all the better, she says, when it’s a progressive company that’s serving a societal need, such as providing for the kind of positive interaction inmates everywhere so need.

In listening to Camuffo, one is reminded how, in “The Shawshank Redemption,” inmates used cigarettes as currency and how one of them felt rich after winning a handful on a grim wager. Thanks to JPay, inmates have access to a much healthier currency. All it takes is some rigid compliance with the rules and regs of, at last count, 35 states. 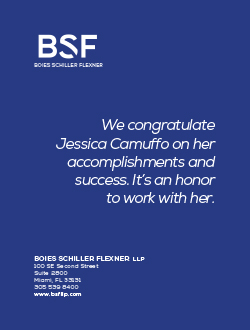