Rose Acre Farms attorney’s work is no game of chicken

To Joe Miller, it’s not an issue of whether the chicken or egg comes first.

It’s an issue of ensuring that Rose Acre Farms of Seymour, Indiana, produces eggs and egg products, such as tortilla shells, humanely and sustainably.

Miller is the first general counsel Rose Acre Farms has had. Last featured in Vanguard in 2018, he’s been joined by Chelsey McCrory in managing legal affairs at Rose Acre Farms. 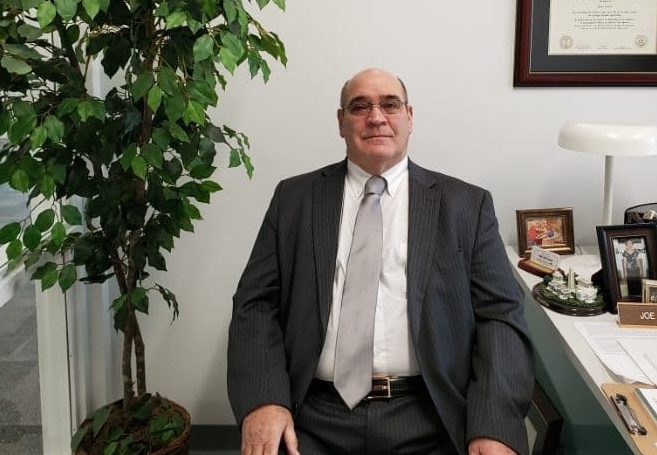 A rare in-house team in this industry, they tackle legal changes affecting everything from how hens are housed to how manure is sold for fertilizer. Miller has also twice defended the company against price fixing charges in federal court.

“We’re among the leaders making change in the industry,” he says. “As a company, we want to meet consumer demands. They change, we recognize that, but it can take time and money to make these changes.”

Founded by the Rust family in Indiana in 1939, Rose Acre Farms began with two houses for 500 hens. The eggs were sold to local produce markets and then the Indianapolis Farmer’s Market and grocery stores. As the company grew, it also began selling eggs from other local farmers.

In the 1980s and 1990s, Rose Acre Farms began expanding in the Midwest and Southeast. It’s now expanding into the Southwest and has 17 facilities in eight states. Those, including a joint venture in Hawaii, make it one of the largest egg producers in the U.S.

Like other egg producers, the company is navigating anti-animal cruelty legislation passed in seven states that prohibits the sale of eggs from caged hens. 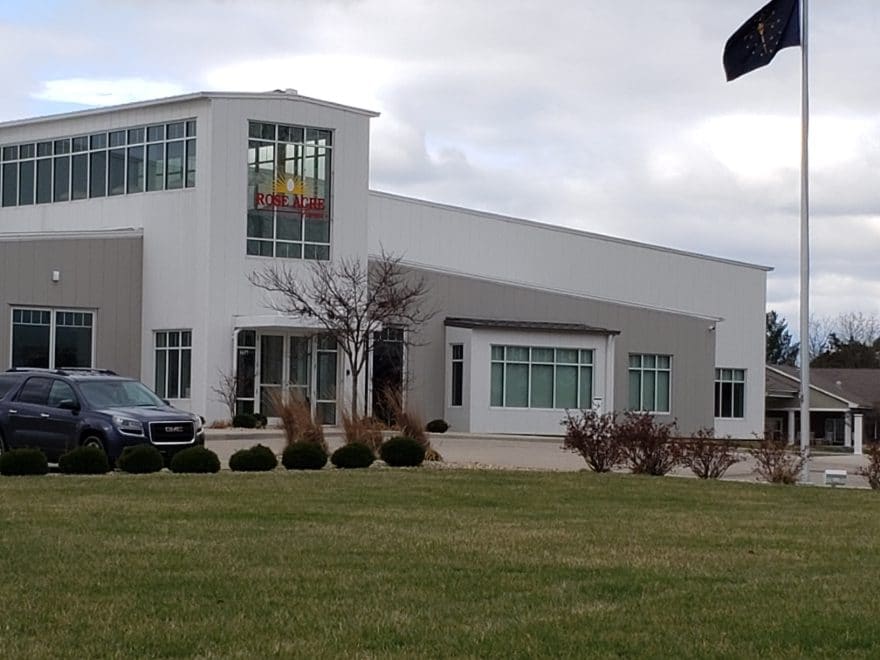 While that may feel like a sea change, cage-free was the industry norm up to the 1950s, Miller says. Farmers began using cages because hens have pecking orders—separating them helps prevent them from harming each other. Rose Acre Farms is shifting to cage-free operations in all its facilities and ensuring compliance with state and local regulations. But it’s challenging.

“People think you just take the cages out,” Miller says. “But to do it right, you really have to start with a new building and new equipment. It’s time consuming and expensive to switch.”

He adds cage-free farming requires changing systems, too. Cage systems are built with conveyor belts underneath to collect eggs and send them on for washing, grading and processing. So, while Rose Acre Farms’ hens aren’t confined in those facilities, they must be trained to use nesting boxes over conveyor belts and minimize human contact with eggs.

On the farms, in the courts

Miller says Rose Acre Farms is also changing its packaging to comply with new laws in states including Maine, Maryland and Virginia that ban polystyrene foam containers. For his part, Miller has had to revise supplier contracts to comply with new packaging rules. He’s helped the company navigate supply chain difficulties for the compliant containers, too.

To comply with environmental laws, Miller obtains permits for water used to wash the eggs (the company uses phosphorus-free cleaners to prevent contaminating water supplies) and for the wastewater generated. He gets permits needed for selling manure as fertilizer, too, and ensures the packaging shows the nutrient value and how to apply the fertilizer.

In addition, Miller twice led Rose Acre Farms’ defense in antitrust suits that reached the U.S. Court of Appeals for the Third Circuit in Philadelphia in 2018 and 2019. Rose Acre Farms was among the United Egg Producers sued by supermarket chains for price fixing. The plaintiffs claimed UEP guidelines recommending more space for hens increased egg prices because there were fewer hens, Miller explains. 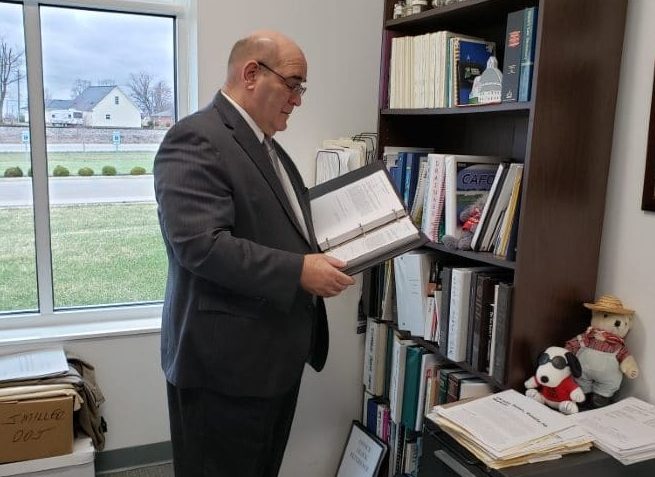 He worked with Porter Wright and partner Jay Levine, who chairs its antitrust and consumer protection practice group. Together, they showed Rose Acre Farms was building more housing for hens and increasing the egg supply while meeting UEP guidelines.

“Jay and the Porter Wright team have been fantastic to work with on these cases,” Miller says. “They are extremely knowledgeable about antitrust law and how to present the materials to judges and juries. There were over a million documents in discovery, and they were able to pare that down so the juries could understand an extremely complex case.”

Levine adds the stakes were very high—plaintiffs sought roughly $1 billion in damages and by law, damages could have tripled to $3 billion.

“It has been our honor to work alongside Joe and be a trusted partner to Rose Acre as they’ve navigated these complex cases,” says Levine.

Law on the farm

Miller is from the farm belt in northwestern Indiana. He earned his bachelor’s degree in agronomy from Brigham Young University and his master’s in international agriculture and agricultural economics from the University of California, Davis.

While working for the University of Missouri Extension Service, he learned a dike his family had built on their farm to prevent flooding from the Kankakee River had been deliberately breached by state employees so they could fish in the flooded field. His family sued and won, and Miller realized he could practice agronomy and law. The law schools he applied to didn’t initially see it that way, he recalls. 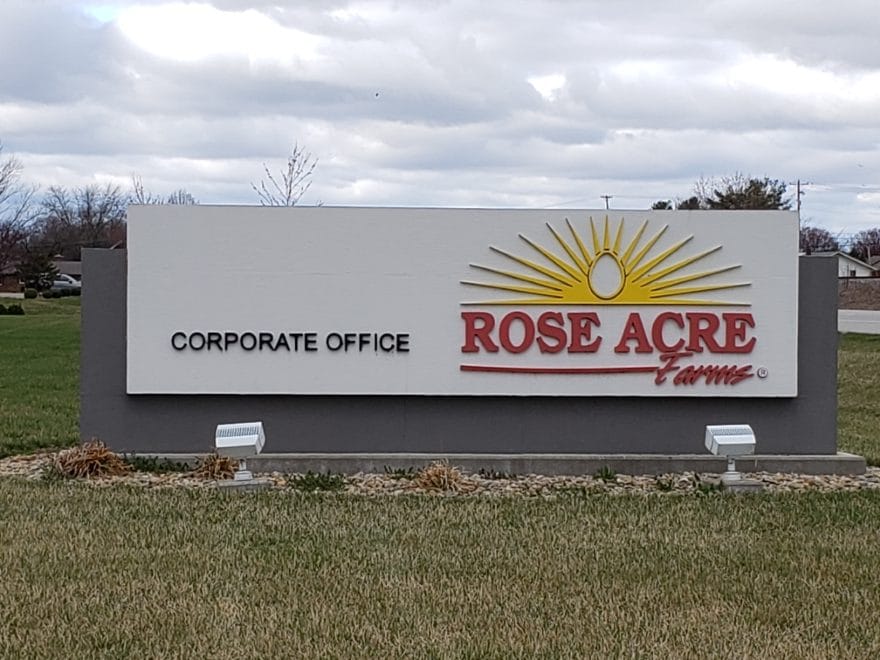 “They’d ask why I wanted to go from agronomy to law, and I was shot down by everyone in my first round of applying,” Miller says.

However, the University of Arkansas offered the only degree in agricultural law in the U.S., and Miller earned his J.D. there in 1987. Before joining Rose Acre Farms, he was an agricultural specialist and in-house attorney with the Indiana Farm Bureau and then the American Farm Bureau.

“My heart and mind have always been in agriculture,” Miller says. “Being able to combine agriculture and law has made for a fantastic career and life. I have not only been able to help others but also fulfill many of the things I have wanted to accomplish in my life.” 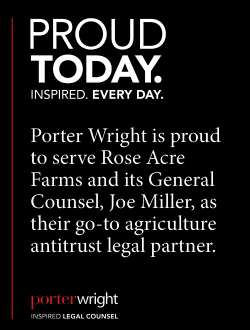