Whenever he brings his trumpet onstage to jam with fellow musicians, John Cheek isn’t thinking about his first incendiary solo. Instead, he listens and waits for the moment when the rhythm and harmony of the group would suffer without his sounds.

In his role as chief intellectual property counsel (IP) for Tenneco—and upcoming Tenneco spinoff DRiV Incorporated, a company specializing in ride performance and aftermarket solutions for the transportation sector—Cheek’s philosophy is much the same: Everyone has a part to play. The trick is finding the right time, tone and tempo. 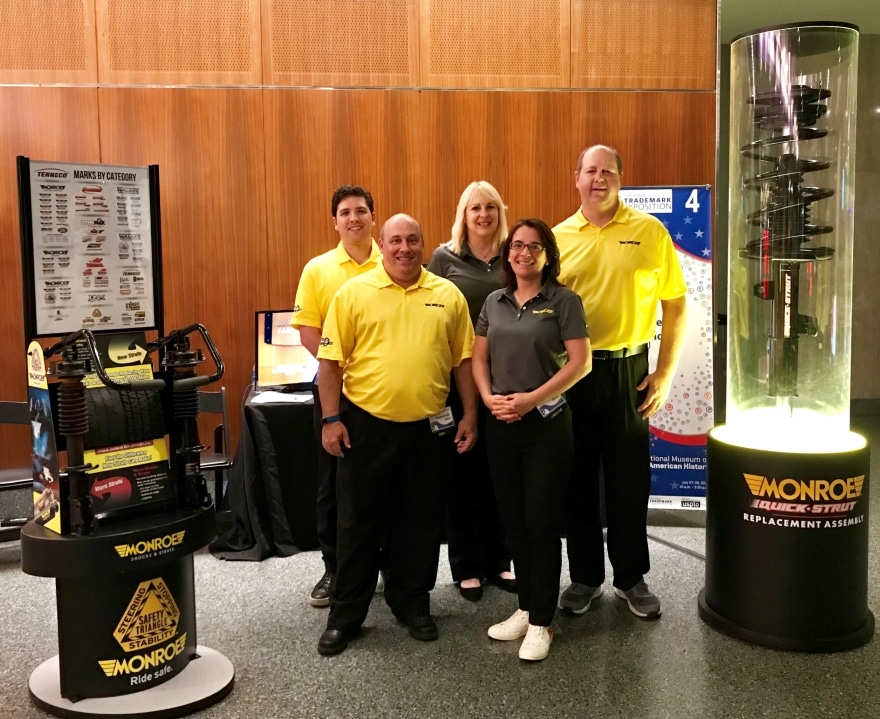 “If everyone is on the same page and everyone plays their role, at the end of the performance, people will stand up and cheer. It’s no different in a company setting,” says Cheek, who joined the Michigan-based Tenneco in 2017 following a 20-year run at Caterpillar. “The only difference is the stakes are a bit higher here, because the music and stage are changing sometimes even faster and more unpredictably than during a jazz improv performance.”

When the band gets bigger—as it did in the wake of Tenneco’s recent $5.4 billion acquisition of fellow auto parts supplier Federal-Mogul—that coordination becomes even more important.

Particularly so given the unique nature of the transaction. Following the initial acquisition, the areas of the two former companies relating to internal combustion engine technology were combined to form the new Tenneco. 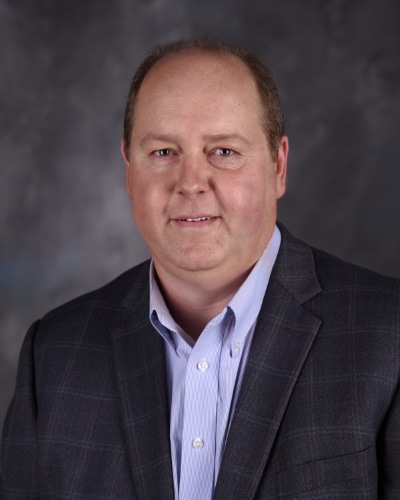 “Think of a Reese’s Peanut Butter Cup,” Cheek offers as an explanation. “Chocolate and peanut butter are a great combination. But some people prefer one or the other. So we’re essentially merging the two chocolate pieces and the two peanut butter pieces together. The hope is that this will allow investors to choose the company ‘flavor’ that best fits their plans or portfolios and allow the businesses to exploit their strengths in ways that can be difficult as a combined company.”

It’s up to Cheek and his legal counterparts to guarantee the resulting integration goes as smoothly as possible, a process he likens to forming two entirely new bands, complete with new instruments and new styles of playing.

Whether it’s creating a new company (DRiV) that will become publicly traded, figuring out how assets will be allocated between the new Tenneco and DRiV, selecting and protecting the name of the new company, or laying the foundation for things like best practices and employee policies, Cheek has a hand in it all.

More broadly, he’s working to ensure that DRiV’s legal and compliance posture meets the standards he helped set for Tenneco—and creates the kind of culture conducive to long-term success.

“A lot of legal departments take the view that culture isn’t their job. We don’t operate that way,” Cheek says. “It’s our job to see down into all the pockets of the business, and to be the eyes and ears of leadership. When you create a new spinoff, you’re kind of building that culture from scratch. But there’s a lot from both Tenneco and Federal-Mogul that we can draw on.”

Cheek credits much of DRiV’s success to his trusted “bandmates”: Lisa Mikalonis, who heads the trademarks and brand-protection function, and Pete Mattei, who leads patents and innovation (Mattei is himself an accomplished guitarist).

“Lisa and Pete are leading IP action every day to make tomorrow better—one of DRiV’s core values—for our business and our customers,” Cheek says.

Like any accomplished musician, however, Cheek instinctively understands how his instrument can be brought to bear on any section or arrangement. In his workaday life, that instrument is IP.

As Cheek’s focus shifts to helping get DRiV off the ground, establishing and bolstering the company’s IP portfolio looms large: filing applications with the U.S. Patent and Trademark Office, keeping tabs on what DRiV’s competitors are doing (many patent and trademark filings are publicly available), and so on.

To ensure DRiV’s portfolio is safe and secure, Cheek works closely with Anaqua, a company specializing in IP management software. Using Anaqua’s platform, Cheek can keep a close eye on all of DRiV’s patents and trademarks: potential conflicts, payment services for patent annuities, trademark renewals, and so on.

“Being able to understand and analyze the entirety of the DRiV portfolio was of paramount importance to John,” says Stephanie Fraley, Anaqua’s manager for client growth. “That was one of the requirements that made the partnership between Anaqua and DRiV such a synergistic relationship.”

In addition, it’s Cheek’s job to communicate the company’s IP strategy in a way that resonates with executive leaders—a stage he says lends itself to a bit more creative flair.

“The question you have to answer when explaining IP strategy is, ‘Why?’” Cheek explains. “Why is what we’re doing going to help us achieve our business objectives? Within that, how does this impact our risk management efforts? What does it mean for us as a company? Those aren’t easy questions to answer. But the more you learn how to play that instrument, the better you get at filling in those empty spaces.”

It’s a gift that Cheek honed from an early age—even as the instrument and stage would evolve over time.

It started in sixth grade, when Cheek’s mother convinced her son to take up middle school band. Despite being the tallest kid in his class, Cheek was a shy kid. And despite playing lots of basketball like most boys from the Hoosier state, in the trumpet, he found not only an instrument of music, but of self-expression.

“When I got to high school, I auditioned for the school band as a freshman and beat out one of the seniors for the first trumpet section,” Cheek recalls. “It was a big deal, and the news spread throughout the school quickly. It was a real life-changing moment for me that helped me become a leader.” 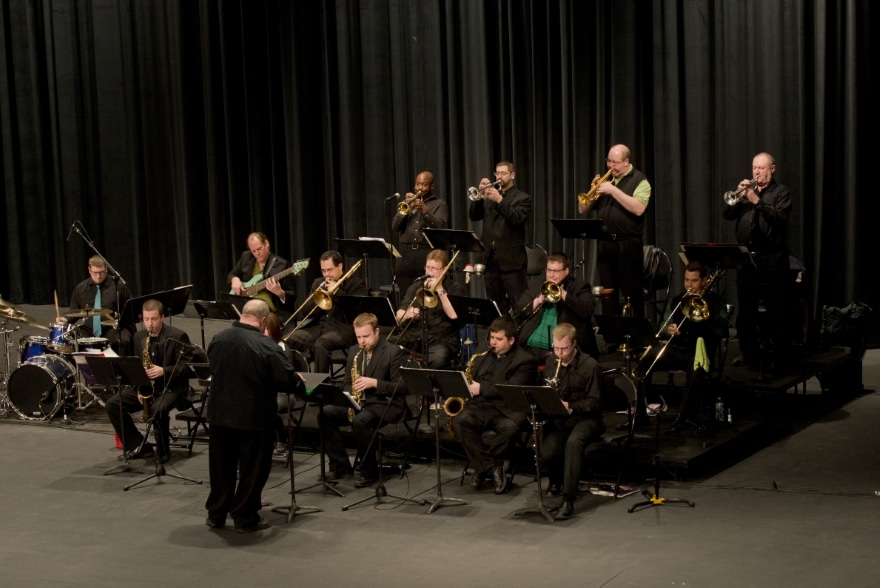 It was during his junior year at Indiana’s Wabash College that Cheek experienced his second calling, when his longtime advisor convinced him to consider law school—and a career in IP in particular.

After earning his J.D. from the University of Dayton School of Law in 1994, Cheek began his career in private practice in Dayton, Ohio, where he quickly found a niche in patents and trademarks.

Eager to ply his trade in-house, Cheek joined heavy machinery icon Caterpillar as an intellectual property attorney in 1997, subsequently earning his MBA in entrepreneurship and strategic management from the University of Chicago as part of a development program for Caterpillar lawyers. Over the next 20 years, he held multiple roles, including managing IP attorney for Europe and chief counsel of innovation and strategy.

“What I loved most about my time at Caterpillar—and I loved so much about it—was learning how to navigate those different roles and different personnel,” Cheek recalls. “I can’t think of anything that could’ve prepared me better for where I am today.”

In Tenneco, Cheek saw a chance to wield his IP expertise to the greatest effect. Though he insists his education is still ongoing, currently serving on the boards of two IP-related organizations: the Intellectual Property Owners Association and the Association of Corporate Patent Counsel—roles he says have allowed him to “learn from listening to how others play the music.”

Not surprisingly, he still manages to find time for his first passion: A regular in various local bands and combos, Cheek is in the early stages of co-producing an album for a community big band.

Not that he’ll ever stay entirely in the shadows: As the lead trumpet player in his new band, Cheek can surely expect a few solos on the album.

“I like having a solo as much as any musician,” Cheek says with a laugh. “It’s exhilarating in the moment. But the biggest satisfaction comes with seeing the end result. Whether as a lawyer or a musician, that’s always where I’m focused.” 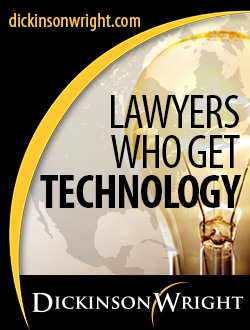 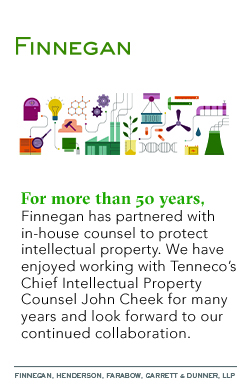 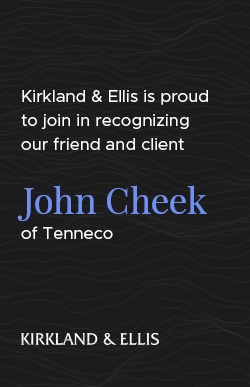 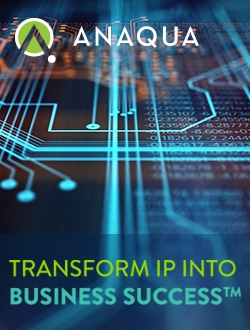