Count on him to smooth acquisitions

Having helped secure around 250 acquisitions in his two decades-plus as associate general counsel at CBIZ Inc., John Geffert can’t be expected to recall every one. But he’s sure to remember a couple groundbreaking deals sealed in the past two years.

CBIZ, a Cleveland-based professional services provider that primarily serves small and medium-sized companies, had become well established on much of the West Coast. It acquired accounting, consulting and insurance firms from San Diego to San Francisco. However, a presence in the Pacific Northwest’s burgeoning market remained elusive until April 2021, when Geffert helped bring accounting firm Berntson Porter into the fold.

The Bellevue, Washington-based firm has since rebranded as CBIZ Berntson Porter. The acquisition is proving mutually beneficial, Geffert says, with Berntson Porter bringing 120 employees and around $26 million in annual revenue. 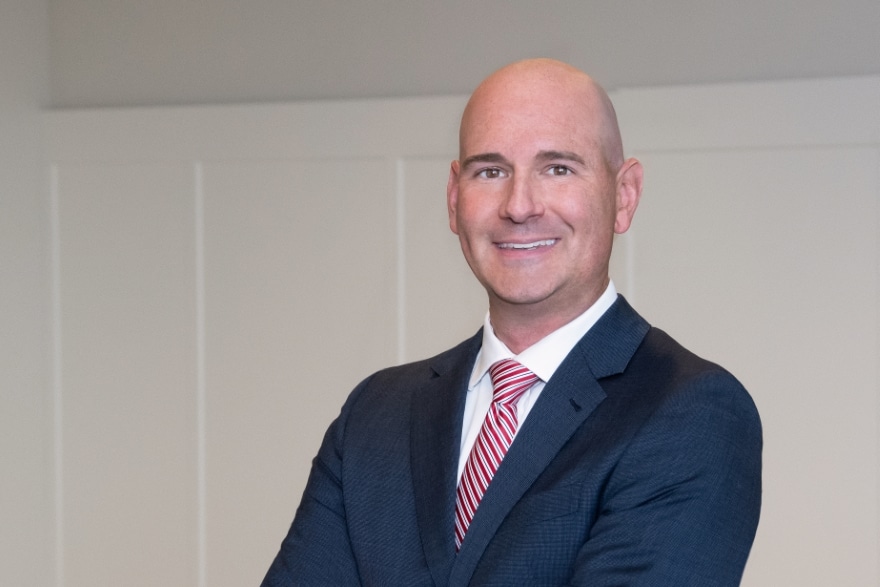 An even bigger success story was CBIZ’s acquisition of Manhattan-based Marks Paneth this past January. With $138 million in revenue and a 600-strong workforce in several states, Marks Paneth ranks among the nation’s 50 largest accounting firms. It has clients in industries including real estate, construction, hospitality, manufacturing and healthcare, as well as the public sector.

“A transformative transaction for us—the largest deal we’ve ever done,” Geffert tells Vanguard in July. “New York City is its own animal and what that deal did was give them the opportunity to be coast to coast.”

As demands grow on local firms and brokerages, Geffert says more and more of them are receptive to partnering with a national firm. Advantages include oversight of complex areas, such as compliance, accounting, employee benefits, property and casualty brokerage, risk consulting and investment solutions.

“At the end of the day, we strive to out-local the national firms and to out-national the local firms by providing world-class service,” he says. “We have over 100 offices and serve clients in all 50 states. We’re a one-stop shop for all and we continue to grow.”

The acquisitions themselves can be a fast process, with Geffert overseeing everything from due diligence to negotiations. There’s always much to pore over, including the vetting of the principals, tax issues, the firm’s reputation and reliability, and what impact a deal might have on both parties.

Under normal conditions, he says it’s possible to seal a deal in 90 days, though he’s helped bring some across the finish line in two months or less. Though, as he’s quick to remind, he doesn’t do it alone. 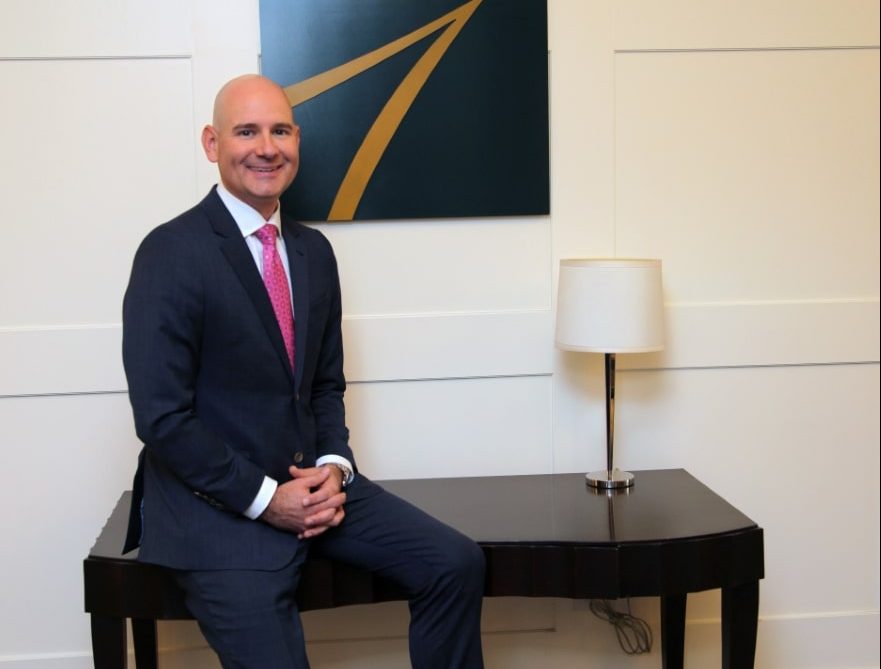 “I have played the lead role in many deals, but the credit goes to the team,” Geffert says. “That is part of our culture and CBIZ.”

As a lawyer with an accounting background, Geffert says his specialties include merging the books of business and smoothing over any bumps that might arise from the acquiree’s clientele. This includes concerns about sustaining relations with a firm under new ownership. He’ll spend time with the acquiree’s executives and customers, helping them understand the potential hiccups and eliminating as much friction as possible.

“If there’s any noticeable change in service, it’ll be an improvement and not because the targeted firm had been doing a bad job,” Geffert says. “For the most part, it’s a net gain to their client base because we have resources and brainpower across the country that a local firm can’t be expected to have.”

Such expertise is necessary given how sophisticated professional service firms have become in recent years, particularly on the compliance end. With CBIZ able to guide its acquirees, there’s also less need for them to retain outside counsel.

“We may not have every box checked but we have more boxes checked than they do,” he says. “We’ve got experts in industries that you will not find in your local firm or brokerage.”

For Geffert, it’s all part of being an in-house lawyer at a firm where his involvement predates him joining the legal team in June 2002. While earning his bachelor’s in accounting at Case Western Reserve University, he interned for CBIZ’s first accounting acquisition in 1997. It was around this time that its leadership sensed the opportunity to cross-sell CBIZ’s professional services.

Having distinguished himself, first as an intern in accounting and then as a law clerk in corporate legal, Geffert was hired back a year after graduating Cleveland Marshall College of Law in 2001. Prior to then, he garnered a couple years’ experience, first as clerk and then associate, at Wegman Hessler. 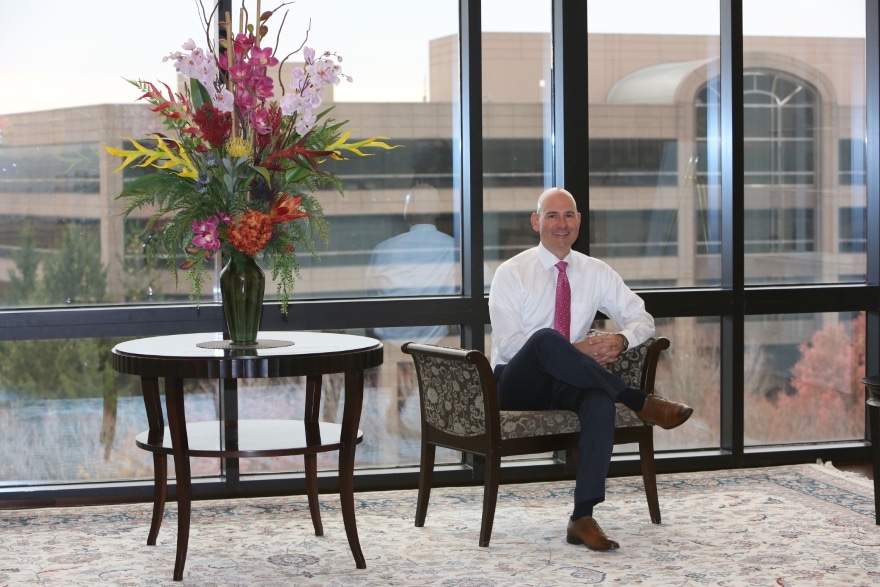 In-house was where he wanted to be, and that’s basically what he did at Wegman—the firm assigned him to its corporate legal department where his primary client was an Ohio manufacturing company. Then while pitching Wegman’s services to CBIZ, CBIZ offered Geffert a position, which he accepted.

While his letterhead reads associate general counsel and assistant secretary, Geffert sees himself in another, unofficial role as the CBIZ goaltender. The metaphor suits the hockey dad, whose three children played in the Cleveland area’s youth hockey scene. More recently the brood has turned to lacrosse, and the goaltender analogy applies there too.

CBIZ intent on raising its already heavy profile in metropolitan areas, there’ll be much more for which Geffert must stand guard. Of course, given the number of acquisitions under his belt, one might also regard him as a scorer. As he’ll say, multiple skill sets can get a person far.

“As a lawyer with an accounting background, you can write your own ticket,” Geffert says. “It’s gotten me where I am today.” 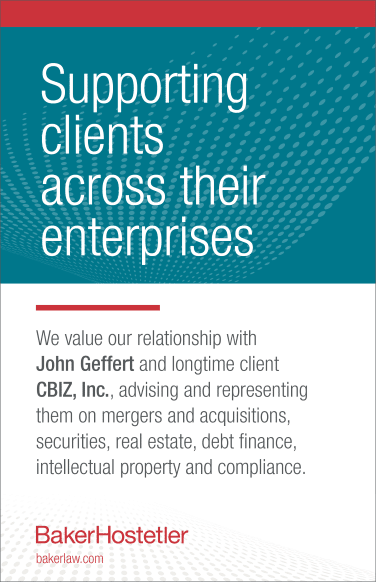 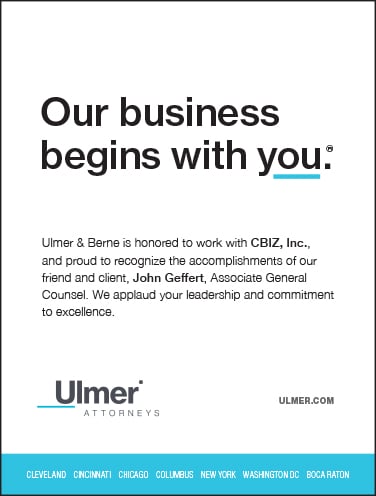 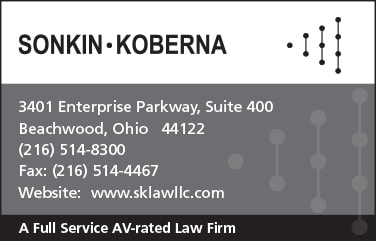