Making a world of difference

Time was when professional conferences were confined to boardrooms, but that was before such innovations as Salesforce, Dreamforce, Google I/O and Amazon Reinvent allowed executives worldwide to put their heads together.

But for every process that’s been simplified, another inevitably arises with its own complexities. Larry Samuelson, the tech-savvy general counsel and senior vice president of Cvent Inc., had spent much of the past year anticipating all kinds of scenarios when he took time out to speak with Vanguard in May. 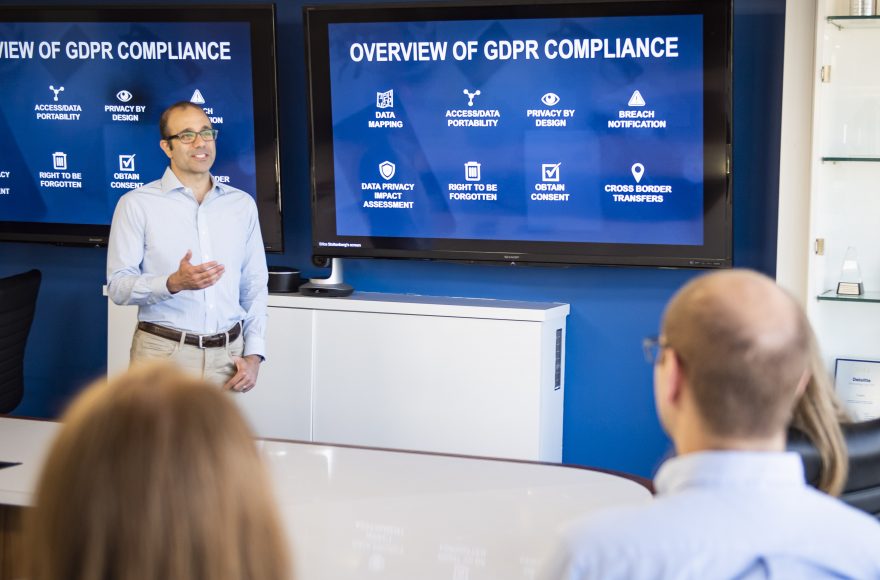 For Cvent, a software-as-a-service company—that’s SaaS in techno-jargon—is among the international heavyweights when it comes to cloud-based events management and venue sourcing.

The pressure on the company’s legal department had been intensifying, because when May 25 rolled around, Cvent would have to be in compliance with the European Union’s updated privacy law, the General Data Protection Regulation that replaces a fragmented and antiquated system with universal “digital rights” for the citizens of the 28 member states.

In some ways, GDPR can be looked upon as an overdue simplification, Samuelson explained, the rules being the same in Belgium and Bulgaria, Slovakia and Slovenia, Ireland and Italy, and so on. The stakes, however, have become higher for noncompliance, with offending companies facing whichever is higher: A fine of 4 percent of global business revenue or 20 million euros, which is about $23.7 million in U.S. currency.

“It’s one of my top priorities,” Samuelson said about ensuring Cvent’s compliance with GDPR. “But regulations aren’t a bad thing, and might be necessary, given how bad actors in the tech world have been using personal identifications to make money without letting the subjects know.”

That said, much of the Cvent business-to-business modus operandi is built upon the exchange of information, which has become a sensitive matter on both sides of The Pond. After extensive collaborations with the company’s other bosses, Samuelson believes a system is in place,  so, if questioned by regulators, Cvent can back up its claims that the company and its clients comply with the new regulations. 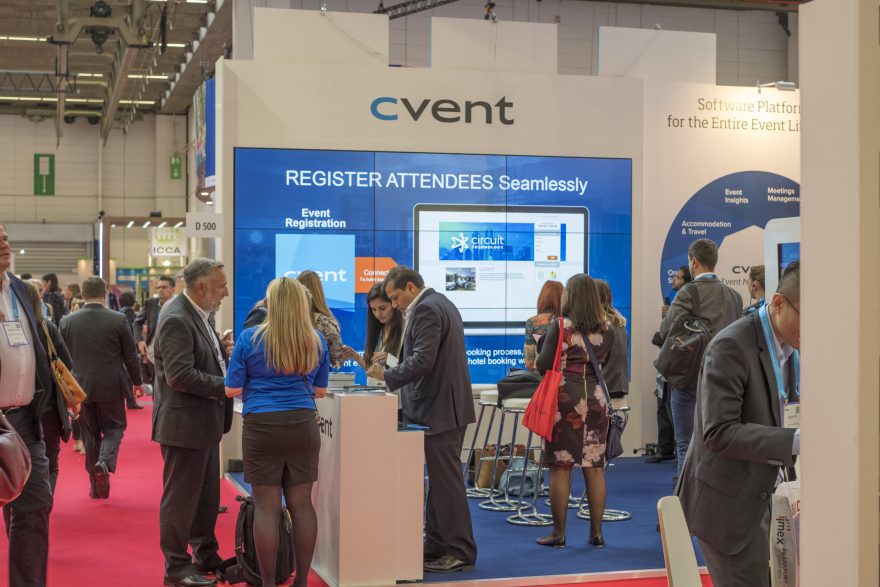 “It’s staggering what the consequences can be if you’re not, and we take our responsibility very seriously,” he said from Cvent’s headquarters in Tysons Corner, Virginia, adding that he’s become a regular in educating clients about the post-GDPR world.

Rather than Cvent and its clients looking upon the new regulation as a daunting challenge, he’d rather it be seen as greater opportunity for companies to build trust and transparency with their customers, by having the right management technology in place. Cvent adheres to both the letter and spirit of the law, he assures.

In a nutshell, data subjects in EU countries have been bestowed with eight new rights: consent, right to be forgotten, right to access, data portability, right to prevent direct marketing, right to have inaccuracies corrected, right to be notified of confirmed data breaches, right to object to profiling.

Among Samuelson’s key partners in adhering to the new regulation is a data protection team overseen by a chief information officer with divisions for security risk and compliance, security architecture, business continuity management, applications security, security engineering and operations, and a security operations center.

Another key partner is the marketing department.

“We ourselves market our services and know the benefit of direct marketing initiatives,” Samuelson acknowledges. “I’ve been working hand in glove with our marketing team, here and in Europe, to be transparent with our customers and prospects.” 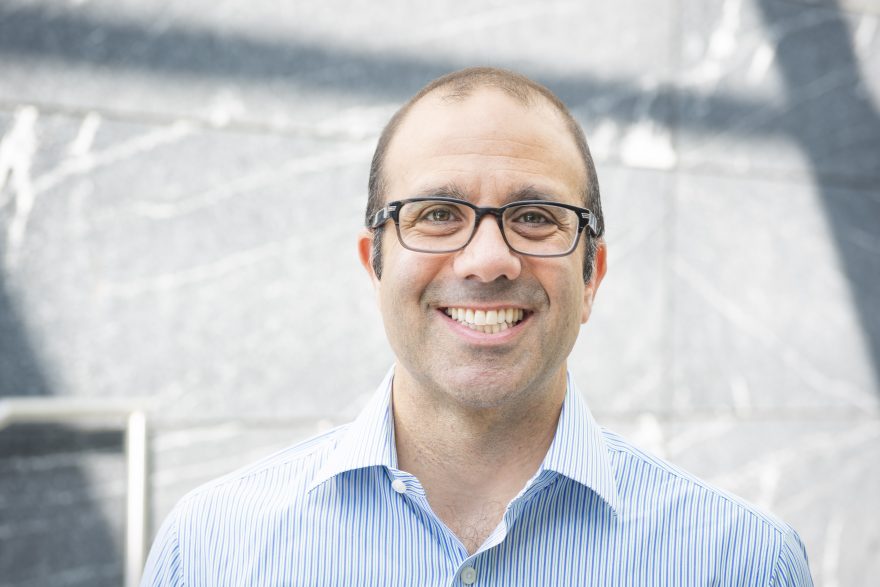 It’s that kind of involvement in all areas of the Cvent operation that seems to bring out the best in Samuelson. A Boston University 1998 law grad, he’s spent the past 14 years in various in-house capacities after garnering extensive international legal experience with Bryan Cave (now Bryan Cave Leighton Paisner) and then in the Washington and London offices of Fried Frank Harris Shriver & Jacobson

“A fantastic firm with fantastic partners who taught me how to be  client-focused and solution oriented,” he says of Fried Frank, where he really cut his teeth as a world-class business lawyer, helping blue-chip companies raise money, handling high-yield debt and mitigating crises for corporations staggered by the 9/11 aftermath.

Such work also steered his aspirations in-house, where Samuelson could have a long-term, hands-on role, rather than going from transaction to transaction and not always seeing the results of the capital he helped raise or the acquisition he helped close. He’s been on the inside since 2004, coming to Cvent in 2013 after a couple of years as a deputy general counsel at Neustar Inc.

Helping ready the company for an initial public offering was among Samuelson’s early duties, with Cvent going public that August, after raising $117.6 million and garnering a market capitalization of over $1 billion. Although, three years later, Cvent was bought by venture capital company Vista Equity Partners for $1.65 billion, Samuelson says the culture has largely remained the same.

“We operate not as technologists, but as a company dedicated to helping people connect with other people through exceptional meetings and events experiences,” he says. “When we went private, we didn’t want to lose that magic, and Vista wisely sustained it. Our management team has remained. Relationships are very important to both us and Vista.”

As legal boss, Samuelson has the opportunity to build more relationships as the lean in-house legal department often needs outside counsel. Here’s he’s quick to say, “I don’t hire law firms, I hire lawyers who share the same principles of Cvent.”

He’s found those lawyers at the firms of Kirkland & Ellis, and Stoel Rives.

Among the world’s highest grossing law firms, Kirkland & Ellis is Vista’s long-time legal counsel and was retained by Cvent after the Vista acquisition. The Kirkland & Ellis relationship continues to be strong, Samuelson says, adding that the firm’s reputation speaks for itself and that time after time they’ve come through with flawless advice on complex matters.

Stoel Rives has been just as reliable, says Samuelson, who enlisted that firm’s expertise to represent Cvent in a trade secret litigation matter in Utah.

“You have to take as a given those firms’ skill sets and expertise, but what I look for is something a little extra,” Samuelson says. “It’s a gut feeling that they, too, are into relationships. They’ve both stood up really well for us.”

Just as Cvent will stand up for its clients when it comes to providing them with the technical solutions to comply and thrive in the post-GDPR world that may eventually transcend the EU. 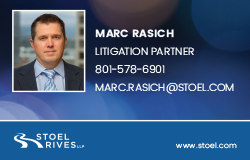 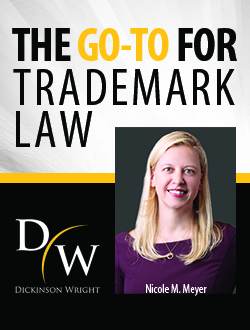