A stickler for rules here and abroad

She may have been the type of younger sister whose siblings came to appreciate her only belatedly.

“I was always the rule follower,” Lauren Curtin tells Vanguard with a laugh. “When my brothers would get into trouble I’d tell them ‘You can’t do that! Rules exist for a reason!’ That was me: the enforcer.”

She still is, the former Lauren McGee long since having taken up law and joining the in-house legal department at LifeVantage Corp., in 2016, ascending early last year to vice president and assistant general counsel of the Sandy, Utah-based multi-level marketing company of an expanding line of wellness and personal care products.

Its offerings are only as good as the science they stand upon, LifeVantage states in no uncertain terms. And Curtin—ever cut out for that enforcer role—won’t let any of the company’s distributors say otherwise. 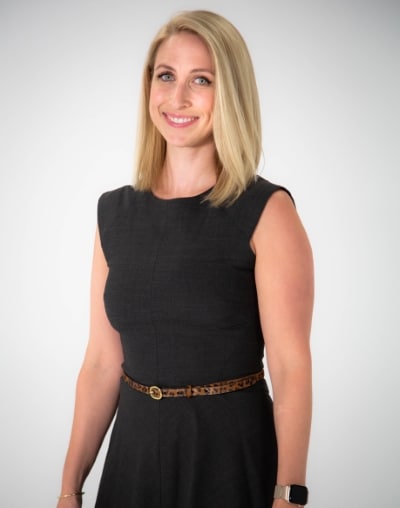 “We do not tolerate anyone reflecting poorly on the company’s reputation,” she says in July. “If we hear them using certain buzzwords or making false claims, we train them and, if that doesn’t work, suspend their account.”

And, she emphasizes, it’s better that the company or any wayward distributor hear it from her and not the Securities and Exchange Commission where she once interned

Or from the Federal Trade Commission, the Food and Drug Administration or whatever foreign agency may be insisting on compliance as LifeVantage aggressively expands into other countries.

Misleading claims are always a risk, Curtin explains, when a company opts to sells its products through commissioned distributors instead of on store shelves.

It’s an economic model that works well, though there will always be the odd distributor who tries to expand his or her network with get-rich-quick come-ons. To be sure, a full-time dealer may earn a substantial income—but not without the effort that would go into succeeding in any other challenging job.

What they’re selling is the power of nutrigenomics, Curtin says. That is, dietary supplements based on the new science that explores the connection between the human genome, nutrition and health. According to LifeVantage, these pills and powders can support healthy aging by reducing stress that causes human cells to lose power. There’s even a line for reducing oxidative stress in dogs, contributing to canine quality of life.

All told, there are some 60,000 active distributors of these products globally. As the business grows,  though, Curtin has to follow more rulebooks with the company now operating in the United States, Canada, Mexico, Japan, Australia, Thailand, Hong Kong, the United Kingdom, Germany, Netherlands, Spain, Tawain, Thailand, Ireland, New Zealand, and Belgium, and—through ecommerce only—China.

“Different countries have drastically different rules and regulations,” she says. “You might try to register a dietary supplement, but find one ingredient is banned or might have to be registered as a drug. It’s quite the eye-opener when you take your business abroad.”

Though she’ll never look upon regulators anywhere as the enemy. After all, she cut her teeth interning with one of the most stringent.

A University of Utah mass communications undergrad in 2007, Curtin returned to the school’s S.J. Quinney College of Law a couple years later, and prior to graduation interned with the Salt Lake City office of the SEC from August 2010 to December 2011.

There she’d develop a keen respect for the folks who regulate the securities industry, the nation’s stock and options exchanges, and electronic securities markets, and aid their cause by reviewing documents and preparing and drafting legal motions and memoranda in preparation of federal litigation.

Come 2014 she’d be an associate at the Salt Lake City branch of Clyde Snow & Sessions where her responsibilities included defense of white-collar types alleged to have gone afoul of securities rules.

“Now I was on the other side of the fence, and it helped me focus and educate the client,” she recalls. “I’d tell them, ‘this is why compliance with the rules is so important.’”

As it is at LifeVantage, which is in a high-stakes, high-rewards industry, one in which the rules are often changing—and often lagging behind a company’s research and development. Thus the legal staff must not just stay compliant with existing rules, it must anticipate what next might be on the books.

Where much of LifeVantage’s business is conducted online, security is paramount, maybe especially so in the European Union with its General Data Protection Regulation. Curtin says LifeVantage had a leg up, being in compliance before GDPR went into effect last year and how the company will be ready should the United States adopt a similar federal standard. Right now, the rules for data privacy vary state by state, making it a challenge for any company to be compliant everywhere.

But such challenges are part of the in-house responsibilities Curtin so relishes. The experience at Clyde Snow & Sessions was rewarding, she says, as were her previous stops at Burleson LLP and Westphal Energy, both of Salt Lake City. LifeVantage, however, has been most to her liking.

“At a law firm, you may be called upon to address an issue or two—employment or a contractual matter—but in-house you have to understand the whole operation,” says the 33-year-old Curtin. “It’s legal, it’s business, it’s every department. You’re not just a lawyer.”

But much of her is indeed a lawyer, and when Curtin spoke with Vanguard, her to-do list was lengthy. The fiscal year having ended on June 30 and LifeVantage being a publicly traded company, there was the annual Form-10-K to file detailing all the crucial information that must be made available to stakeholders.

And to the SEC.

Curtin having seen all sides of that agency, she’s not about to fall short on providing them with the facts. For she knows they too are non-nonsense enforcers. 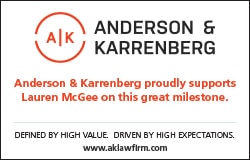 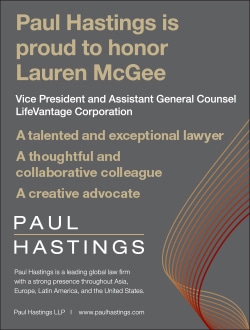