To thine own self be true, whatever you do

When it comes to her career, Lauren Schwartz has learned to expect the unexpected.

Since trading her premed studies for a law degree, Schwartz has occupied myriad positions within the law, ultimately landing as general counsel and corporate secretary for Chicago-based cleverbridge Inc., a tech startup offering ecommerce solutions for downloadable digital suppliers. 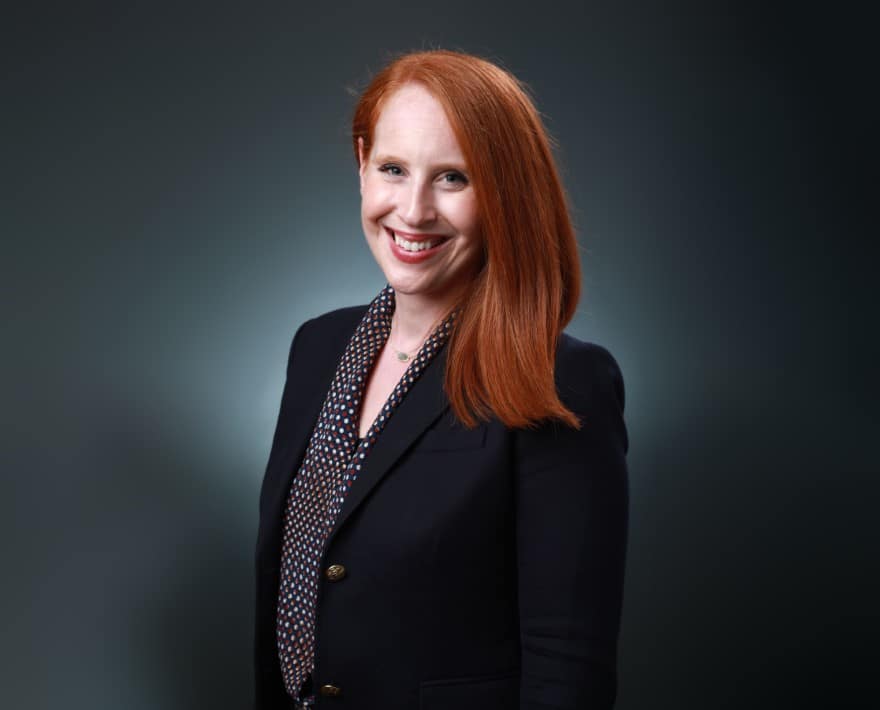 For Schwartz, each experience served as an essential building block for her latest role—and she wouldn’t have it any other way.

“There’s something about the diversity of these experiences—the array of what I’ve done—that’s coalesced into where I am,” Schwartz says. “The lesson is to follow what interests you.”

Asked what sparked her love of the law, Schwartz goes all the way back to high school, where she was captain of the debate team.

Despite her deliberative prowess, Schwartz’s mind was set on pursuing a career in medicine. That is, until she found herself spending countless undergrad hours working and volunteering in doctor’s offices, and yet feeling unfulfilled. 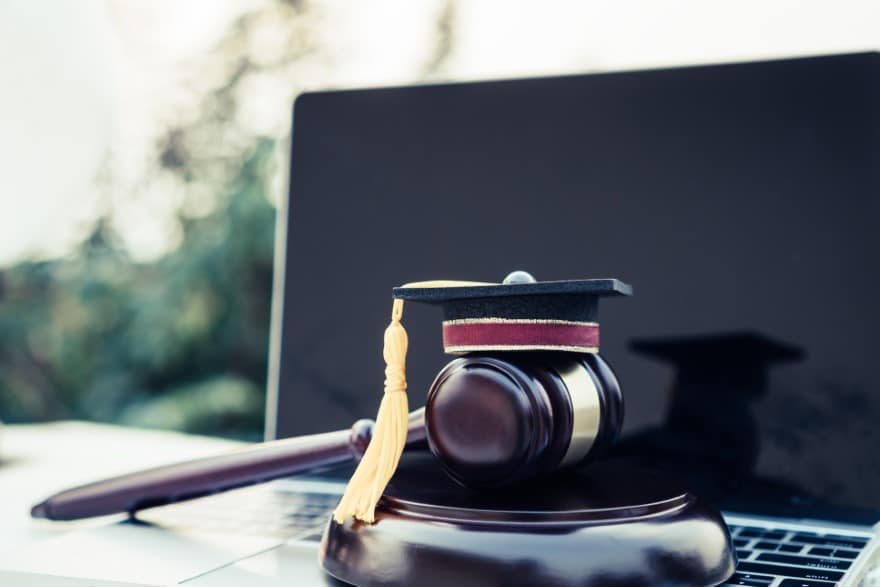 With her boyfriend (now husband) in law school, she became drawn to writing and research, prompting her to switch gears.

“The nuance of interpreting law appealed to me,” Schwartz says. “Science is black and white. Law often embodies shades of gray and that’s where the fun is.”

After graduating from the University of Illinois at Urbana-Champaign with a bachelor’s in psychology and chemistry in 2004, Schwartz knew that law school was the next logical stop.

But first, she wanted to get her feet wet.

In 2005, Schwartz took a position as a legal assistant at Chad A. Ritchie, P.C., where she did everything from make the coffee, to draft real estate closing documents and everything in between.

”I just started cold calling law firms to see if they needed help,” she says. “Thankfully, Chad did and that role shaped everything to come.”

Accepted to the prestigious Northwestern University School of Law, Schwartz continued to build her bona fides, culminating in earning a spot in the IP Litigation group at the famed Kirkland & Ellis LLP.

“I loved practicing patent litigation,” Schwartz says. “It allowed me to use my science background, despite having diverted away from medicine.”

While pregnant with her first child, Schwartz realized that her professional life was no longer consistent with her personal goals, both as a lawyer and future mother. So in early 2014, she began a clerkship  at U.S. Federal Court. Around the same time, Schwartz took a position as a professor at the Chicago Kent College of Law, teaching legal-writing courses. 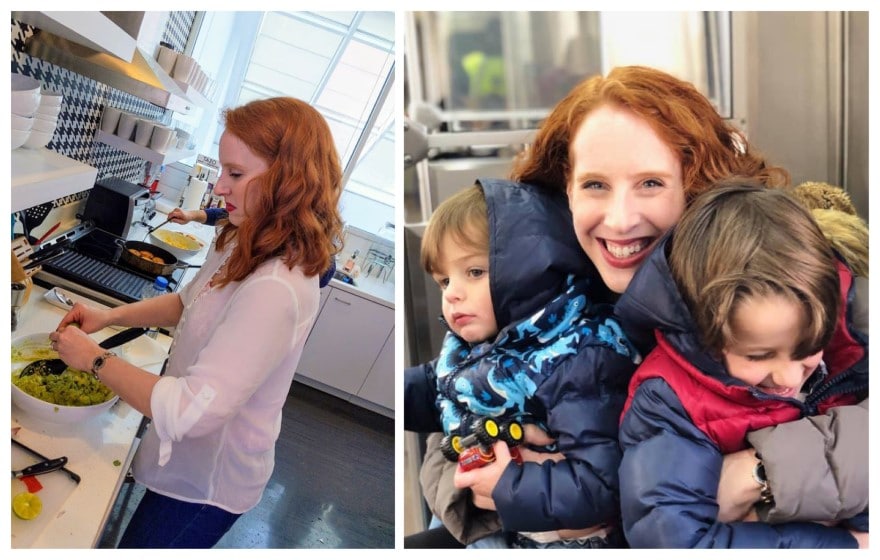 Of those two positions, she says, “I wanted to give back. It was important to me to use my skills in a way that enhances the legal system as a whole.”

Yet, there was one path that Schwartz’s still hadn’t pursued: the one that led in-house.

“While I had a lot of valuable experiences, I wanted to streamline them into one career path,” she says, “What I had done up until this point had opened a lot of doors.”

Including one as senior counsel of global litigation at Groupon in 2016. The role added two benefits: greater family time and a consistent focus on one client.

“The lessons from each earlier job  paid dividends in the in-house world,” she says.

When Groupon consolidated its international offices, Schwartz’s boss approached her to take over duties in Australia.

“It was one of those unexpected things,” she says, “It was more work and the same money, but they needed help and my mentor said it would be a development opportunity—and he was absolutely right.” 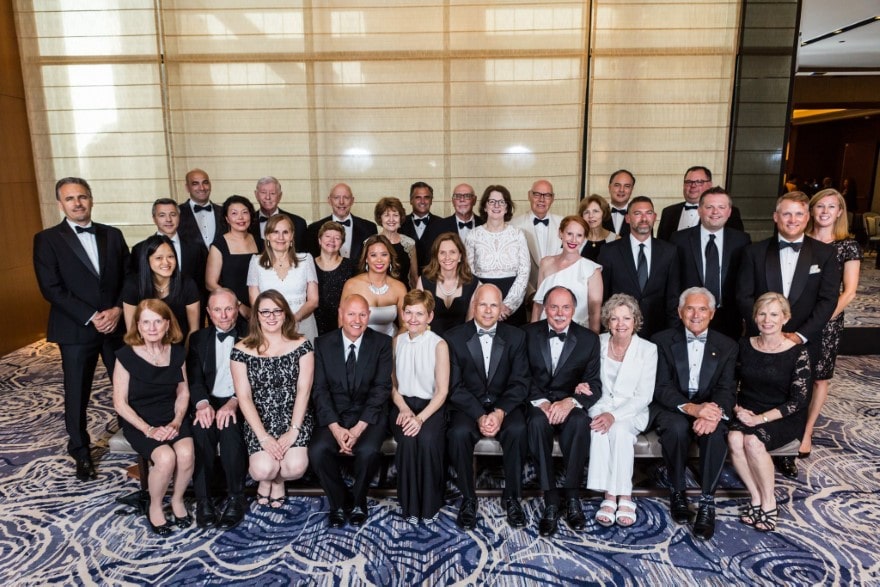 It proved to be a busy time for Schwartz, now with two young children at home. Handling the position remotely from Chicago, she added a steady diet of contract negotiations, data privacy, product liability and tax issues to her workload. In closing contracts, she was also bringing in revenue to the business, rather than simply protecting against litigation loss.

“I was the main point of contact on all legal issues,” she says. “I felt more dialed-in and a part of the business.”

The added responsibility, as it turns out, was perfect on-the-job training for becoming a general counsel.

When an associate general counsel position opened up at cleverbridge in 2019, Schwartz applied and was hired. Within seven months, the top spot was hers.

Today, her role entails everything from contracts and data privacy to employment policies—an issue that’s particularly pressing now, given the COVID-19 crisis.

“I never would have had the audacity of putting this role on a 10-year plan,” Schwartz says. “But  I suppose it makes sense when you look at the breadth of my career so far.” 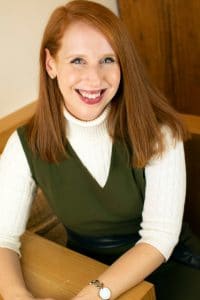 Her varied experiences have been something she’s only too happy to share with those within the company whom she mentors.  “I genuinely care about people,” she says. “If anyone’s struggling, I’m here to listen at any time.”

In addition, she’s worked to revamp cleverbridge’s  women’s group; and is an active participant in the company’s many volunteer opportunities.

In a career characterized by diverse experience, volunteerism has been the one constant. As a member of the board of The Richard Linn American Inn of Court, Schwartz spearheaded the American Dreams Playroom within the federal courthouse in Chicago. Located next to the courtroom for swearing in new U.S. citizens, the space offers a place for children to play while awaiting their loved one’s swearing-in ceremony.

“Families often arrive hours early just to secure a spot in line to see the ceremony,” she says. “But the day quickly becomes stressful when you’re trying to keep a little one entertained and quiet. We wanted to make sure our newest citizens felt truly welcomed – this was just one small way to do that.”

It’s just another example of Schwartz’s internal drive to give back to others.

“Service has always been part of my life,” Schwartz says. “Practicing law has given me the opportunity and flexibility to exercise that in many environments. And at the end of the day, that’s what the practice of law is all about: service.” 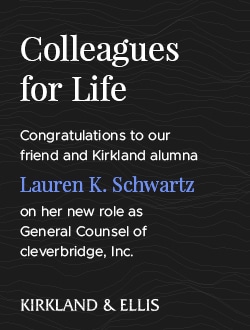