Ensuring that the show goes on

She’s not a lawyer, but Lisa Gazley just might have a resume and professional responsibilities that would be the envy of many who have that juris doctorate on their wall—in addition to law school debt that they’ll be paying off for a long time.

Meanwhile the personable Gazley continues to have a front-row seat as 20th Century Fox is absorbed by the Walt Disney Co., one of the biggest media mergers ever having been finalized this past summer to the tune of over $71 billion.

As to the value of that transaction, well it’s safe to say that Gazley pushed it up more than a few notches in her role as 20th Century Fox’s director of legal affairs—a position in which she’s more than just acquitted herself despite no formal legal training.

But Gazley knows something about licensing, patents, trademarks and intellectual properties law, and always knew she wanted to be in show business though not so much in front of the camera. So at least for now, she’s more comfortable behind the scenes of an enterprise that Gazley can help have a bigger and bigger effect on popular culture, Disney having secured the rights to such big-screen blockbusters as “Avatar,” “X-Men” and “Titanic” as well as TV shows including “Family Guy” and “The Simpsons.”

“I just love the magic of story telling and being able to contribute,” she tells Vanguard in November. “I love seeing stories play out on the big and small screen. I love the medium of expression and being part of the industry.”

The story of her own success seems to hold some magic. Magic that she created.

A star is self-made

“It’s safe to say I made my breaks, but I also was in the right place at the right time,” Gazley says. “This will always be a very fast-paced business, one in which a lot of people try to break into. If you’re bold as well as lucky, you just might make it.” 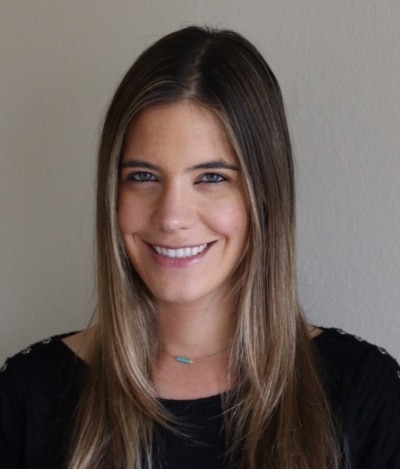 Like many whom so try for that big break, Gazley moved to California in 2008 following her graduation from Tulane University with a degree in English. At the time the economy was sputtering and she was seeing new law school grads taking jobs for which they were much overqualified. Though Gazley was intrigued with the law, she’d go about it from a different path, taking a position with the Santa Monica firm of Cislo & Thomas, and, in the process, getting her foot in the door of the entertainment world.

For Cislo & Thomas was and remains a heavyweight among Southern California’s practitioners of IP law, which takes on a greater role in an entertainment world gone digital. The three-year stint at the firm also would reveal to Gazley where she would not want to devote her professional life.

“I loved working at the firm and it was a great bunch of people, but I didn’t like billing out my time on an hourly basis,” she explains. “But I did learn about trademarks, the different classes to file them in and how the laws differ globally.”

Hence a break that she could take credit for making in 2011: The position of overseeing business and legal affairs at Lions Gate Entertainment Corp. Small and independent but enterprising, Lions Gate had entered into production for “The Hunger Games” and needed someone to lead its licensing and distribution processes.

While Gazley says she hit the ground running, there was some concern about whether she’d have a job for long, Lions Gate merging with Summit Entertainment for $412.5 million and such deals inevitably causing in-house shakeups.

But with “The Hunger Games” a blockbuster, Lions Gate would not just hold onto its new hire but hand her a lengthy, time-sensitive to-do list that included licensing clips and promotional materials, getting movie trailers on talk shows and arranging for actors and actresses to go on media tours. The promotional and public relations aspects most to her liking, Gazley might still be at Lions Gate had a bigger opportunity not beckoned in 2016.

Impressed with Gazley’s performance at Lions Gate, 20th Century Fox welcomed her into the expanded role of legal affairs director that included not just handling distribution agreements globally but leading  a procedural overhaul necessitated by a new media and entertainment landscape.

Gazley’s mix of legal, entertainment and technological smarts would have company lawyers coming to her for guidance as she went about revamping forms, templates and license agreements to better reflect the complexity of the modern industry. No one seemed more familiar than her about the legal challenges presented by the new ways that media content was being consumed on platforms other than TV and movie screens. Gazley knew where the issues were likely to arise and how to go about safeguarding the company’s rights.

And as far as older folks, some with legal degrees, having to defer to Gazley, she says it’s been a non-issue. Egos seem checked at the door.

She’s also earned their respect, having started her career at a law firm and as fruitful as those few years were, she likes being where she’s at. Just something about show biz, where she stars from behind the scenes. 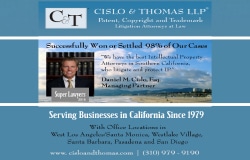