It is a burgeoning industry bringing in billions of dollars in revenue across the U.S. and spurring technological advances in agriculture as its crops are found in edibles, beverages, oils and the traditional plant form.

And yet, offering bank accounts and loans to businesses involved in marijuana cultivation and sales is completely off-limits for banks—because while legal at the state level, marijuana is still illegal at the federal level. 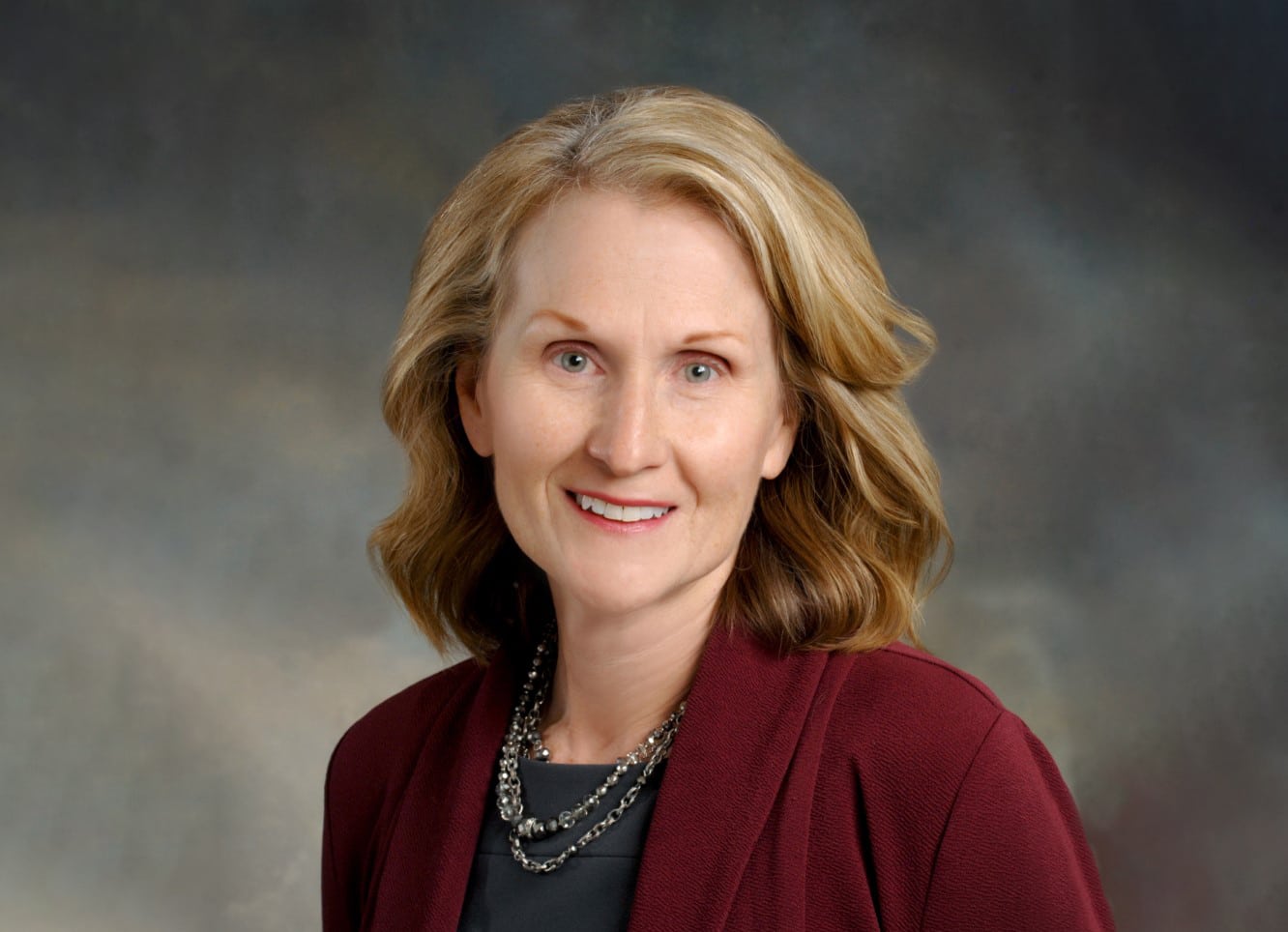 As senior vice president and deputy general counsel at Indiana’s 1st Source Bank, Lori Jean sees green in the nascent marijuana industry. But for the bank to serve the industry, she needs the federal government to make its own distinction.

“It would certainly help on a lot of levels if we had federal legalization or legislation to permit banking in this industry,” Jean says. “To the extent businesses involved in marijuana cultivation are operating in the open, they have to operate with all cash now.”

Indiana has yet to do either, although sales of CBD oil are legal, and the state does allow cultivation of industrial hemp.

That sales have brought a new tax stream to state governments is not news. However, those sales have not brought new account holders to many banks, because marijuana is still considered an illegal Schedule 1 drug by the federal government. Any bank doing business with marijuana growers and sellers stands to lose the master account it holds with the U.S. Federal Reserve, Jean explains.

“To lose a bank’s master account would put it right out of business,” she says. “It would help all of us to get that cash into the banking system: marijuana businesses would have a safe place to deposit their money and could operate using the banking services other businesses do. The deposits from these businesses could be used to make loans throughout the community and money would be moved out of the black market.”

Jean expects banks to offer deposit accounts first, but commercial and agricultural loans are a longer way off. 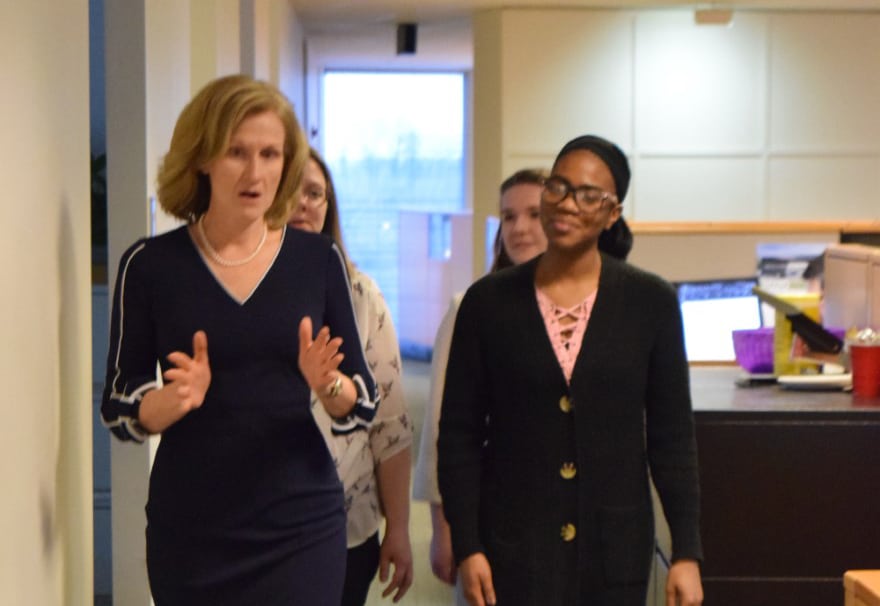 “To become operational and a reality, we have to be sure we have proper procedures and controls in place,” she says. “To comply with bank secrecy and anti-money laundering laws means additional costs for enhanced due diligence, and then continued monitoring and reporting.”

At this point, even a loan to a hemp grower using the crop as collateral is too risky because if the crop contains more than 0.3 percent of THC, it is considered marijuana and becomes illegal, Jean adds.

Supporting the bank in providing ﬁnancial services to the communities it serves is motive enough, but Jean says her interest in the marijuana and hemp industries began before she rejoined 1st Source Bank in October 2019.

“My interest developed when I worked in private practice (as a partner at Krieg DeVault),” she says. “It was an area of intense interest to our clients in the health care and banking industries.”

“We’ve had a long and mutually beneficial relationship with 1st Source Bank, serving as its counsel in a number of matters over the years,” Faccenda says.

The firm has provided outside counsel for acquisitions, commercial loans and financings, enforcement and the defense of commercial claims, he explains. 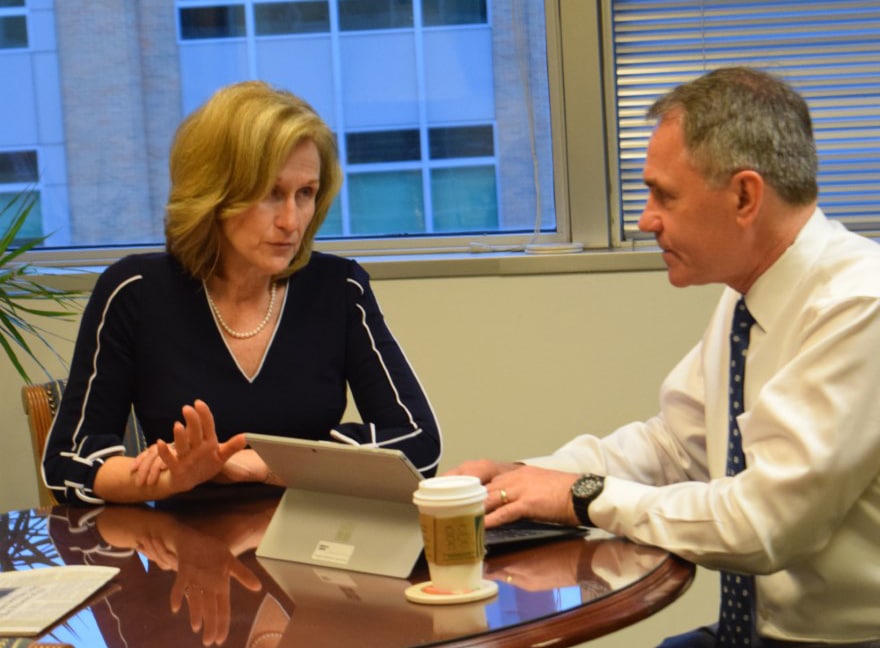 “Lori Jean has been a primary point of contact for us. She’s a very capable attorney who approaches every transaction with a ‘can do’ attitude and looks for creative solutions to challenging situations.”

In her return to 1st Source Bank, Jean is also preparing for the phaseout of the London Interbank Offered Rate, or LIBOR, that affects the index used for setting interest rates for loans. While unsure how the change will be handled just yet, she says it will play a part in the terms on which the bank extends credit.

Jean also works closely with the bank’s compliance team to help ensure adherence to federal and state rules, noting more than 60 regulations require monitoring and internal testing. For example, a periodic process is checking whether customers are receiving initial disclosures when applying for a loan by pulling individual files to check for the documentation.

Added regulations and compliance can protect and frustrate customers at the same time, Jean adds, citing the example of required disclosures and mandatory waiting periods which can create delays in closing deals.

Dotting the “i’s” and crossing the “t’s” may not seem like exciting work, but Jean loves how her days shape up.

“When you put people, human nature and money together, there is never a dull moment,” she says.

Paul Harold, a partner at SouthBank Legal, has seen the excitement her work can bring and the determination she brings to her job. 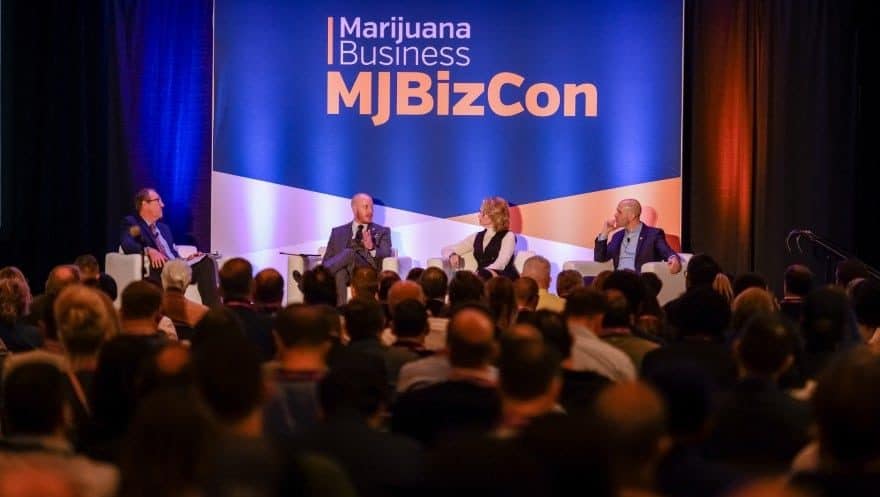 Harold, his SouthBank legal partner John LaDue and Jean worked together on a 2008 case where 1st Source Bank sought repayment of a municipal loan the town’s attorneys said was illegally made.

“She didn’t think that was right and she stuck with it,” Harold recalls. “She tested us through that time, made sure our arguments were as good as they could be.”

Together they contested the municipal opinion by Michigan’s bonding laws—and prevailed in a hearing that ended with elected officials hugging LaDue, Harold and Jean after they were told to repay the loan.

Jean’s a local, too, having grown up in northern Indiana and Michigan, so guiding the legal operations for the 156-year-old bank, based in South Bend, keeps her in her roots.

Jean earned her J.D. from Villanova University Charles Widger School of Law and clerked at the 7th U.S. Circuit Court of Appeals, so she’s seen big city life. In fact, the appeals court was instrumental in her development.

“It was one of the best training grounds you can have for a law career or life,” she says. “I worked with judges who pummeled you with questions. You have to do the research, make your best decision supported by whatever the facts and law are and move on.” 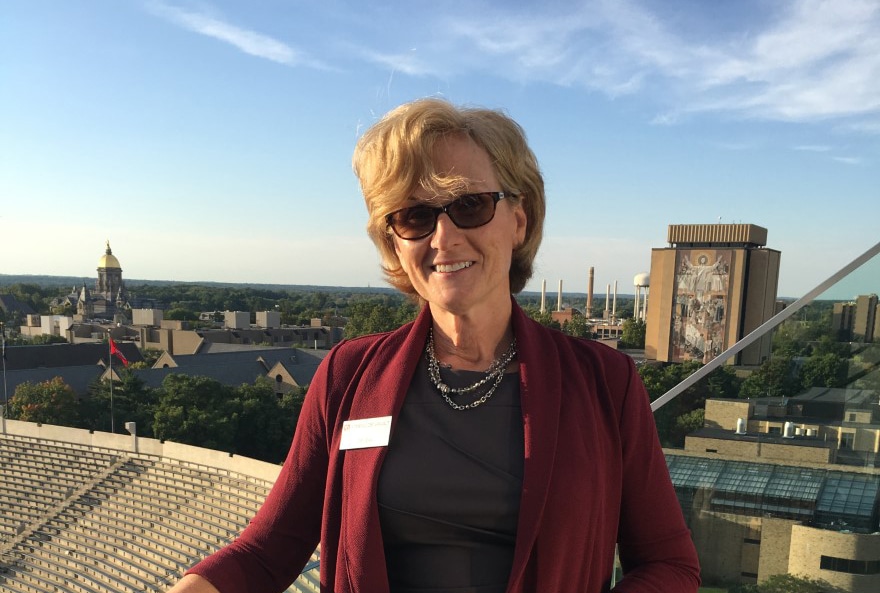 Whether it’s sailing on a local lake, advocating for the legislation to allow financial institutions to do business with the marijuana industry or providing legal guidance to her bank colleagues at the more than 80 1st Source Bank branches, Jean is in her place of fulfillment.

“My path has been one guided by finding balance in my life,” she says. “I haven’t always taken the most direct or lucrative career path, but it does not have to follow a straight line in order for it to be a success. Just follow the road and enjoy the journey.” 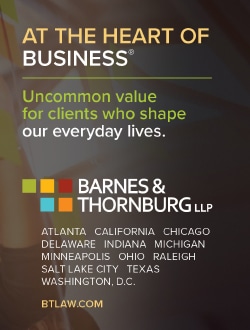 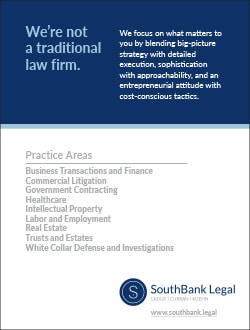