Lowell Plotkin knew he wanted to work in real estate law even before graduating from Harvard Law School in 2003.

“I’ve always wanted to be a member of a team,” he says.  “I didn’t see law as being competitive. That’s why I chose transactional law and not litigation, because everyone can win.” 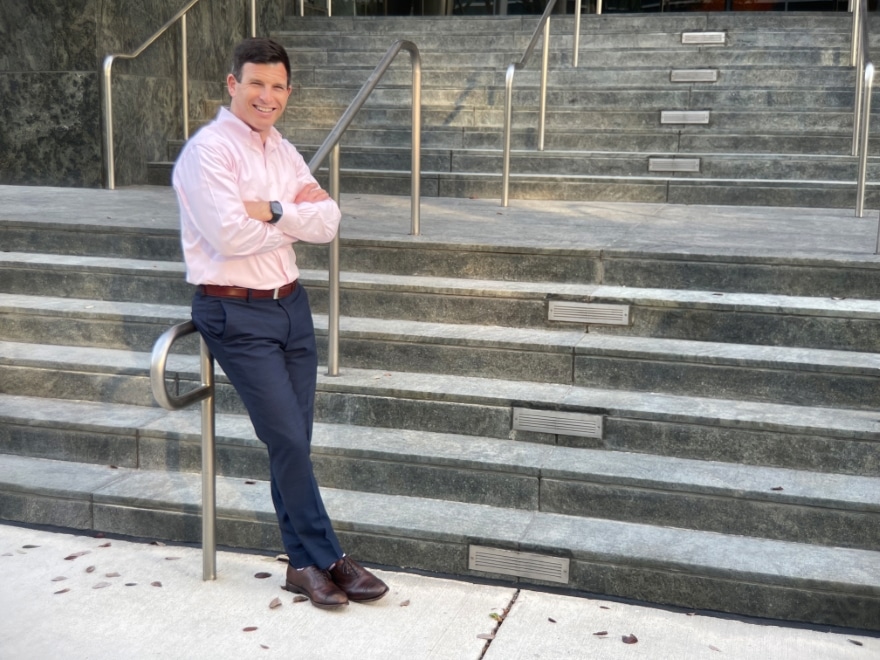 Now general counsel for Property Markets Group, Lowell structures agreements, secures financing and negotiates complex joint ventures for developments that are towering over skylines of major cities throughout the U.S. It’s not the new heights PMG reaches that impress him as much as the company’s culture of collaboration, though.

“It took me 16 years to find a place that operates so well as a team,” Plotkin says. “Since my arrival, PMG has grown from 35 to 80 employees, yet it has maintained its identity. I love how collaborative it is and how it’s a place where people don’t need to take credit, while credit is spread around generously.”

PMG was founded in 1991 by Kevin Maloney and is now jointly led by Maloney and managing partners Ryan Shear and Dan Kaplan. It began as a New York City real estate company and has expanded as an investment, development and asset management firm operating in Colorado, Florida, Georgia and Tennessee, as well. 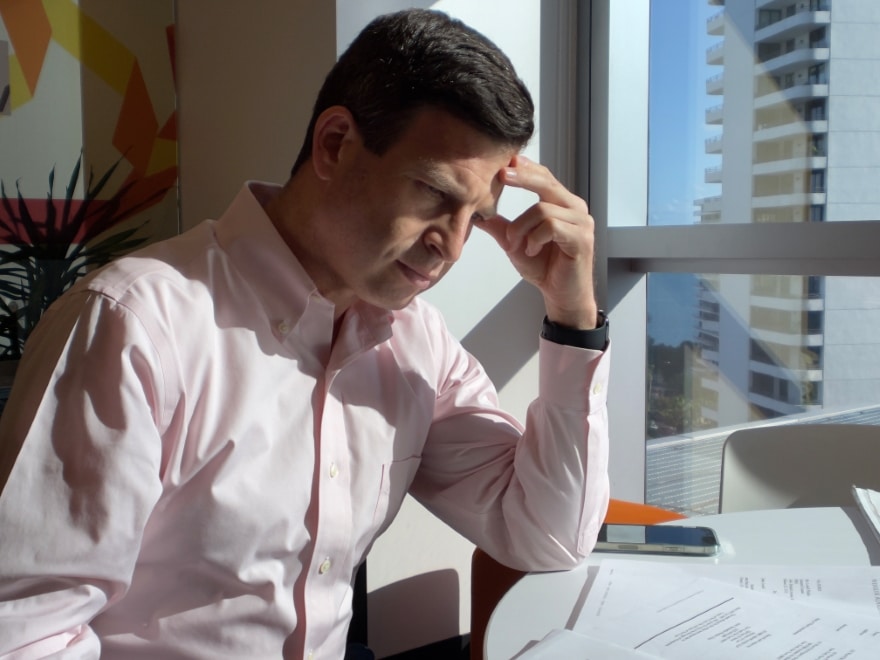 PMG’s recent projects include a joint venture with E11EVEN Partners in Miami to create the E11EVEN Hotel and Residences and E11EVEN Residences Beyond.

Before overseeing financing for the project, Plotkin helped determine the viability of the sites, which included conducting zoning analyses, assessing the environmental condition and reviewing title and survey issues.

The venture with E11EVEN Partners also required complex agreements to license the brand. Plotkin calls it “an energetic environment—Vegas style.” Amenities include a members-only rooftop pool, and a spa that includes a meditation room, yoga studio and state-of-the-art fitness center.

Plotkin helped navigate issues beyond customary partnership matters, such as major decision rights and “distribution waterfalls” which determine how profits will be shared. There were also intellectual property and licensing issues, as well as decisions regarding the management of the pool and day club.

He says E11EVEN Hotel and Residences became the first pre-construction condo project to allow buyers to use cryptocurrency to make deposits. To make that happen, he and Associate General Counsels Lindsay Davis and Scott Buscemi took a crash course in the blockchain to identify a method where buyers could deliver cryptocurrencies to the project’s escrow agent “in an acceptable and efficient manner.” They created sales contract addendums with provisions for accepting cryptocurrency as payment. 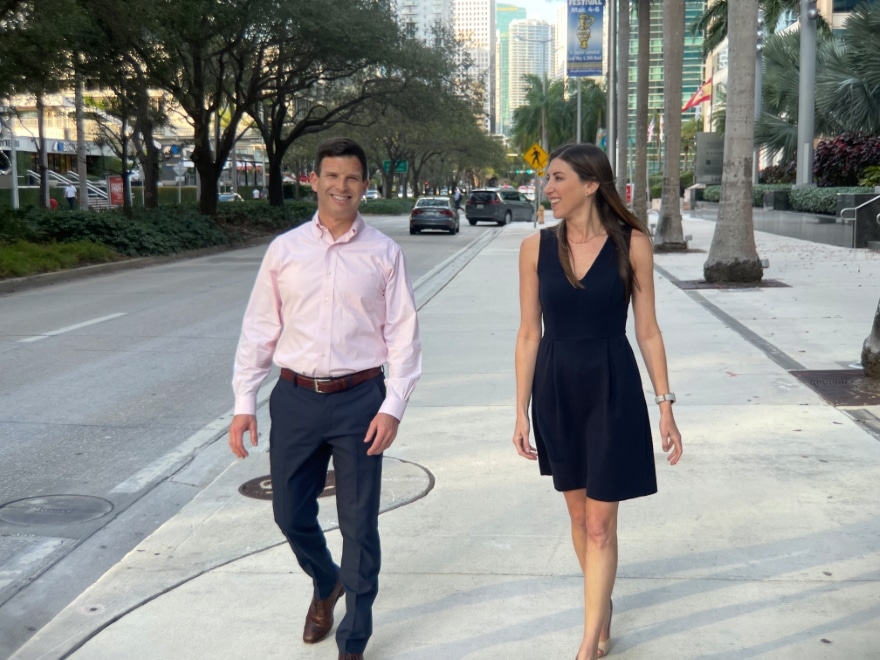 Whenever he is negotiating documents, Plotkin says he considers the worst-case scenarios. For instance, if a pandemic alters the construction schedule or causes supply chain issues, it can complicate monthly draws from a lender that are required to continue work. While he can’t account for everything, Lowell drafts provisions that address as many “what ifs” as possible, including potential governmental policies like a quarantine.

“We’re doing all of our diligence, thinking about the issues and protecting against the downside,” Plotkin says. “Essential to my job is making the final call. It goes beyond offering legal advice and the pros and cons that are expected from outside counsel. Being in-house requires you to determine the path forward for your company.”

‘Falling into’ his career

Plotkin hails from Warren, New Jersey, and says he “kind of fell into a legal career.” He earned dual bachelor’s degrees in political science and religion from Emory University in 2000 but says he hadn’t actively considered career paths as he earned his degrees.

“Law school and becoming a lawyer had been ingrained in me as a good option,” he says. Plotkin was accepted to Harvard Law School, where he earned his J.D. in 2003. While at Harvard, Plotkin worked as a summer associate at a firm where he was first introduced to real estate law.

“It struck me as a much more mutually beneficial practice,” Plotkin says. “I lucked out. It’s challenging, complex and changes every day.”

In September 2003, Plotkin joined K&L Gates LLP as an associate. His work included drafting zoning variance and site plan submissions. In May 2004, Plotkin started working for Seyfarth Shaw LLP as an associate. It was an opportunity to broaden his work as he represented clients, including lenders, who were financing, buying, selling, renting or leasing office, retail, hospitality and industrial sites. 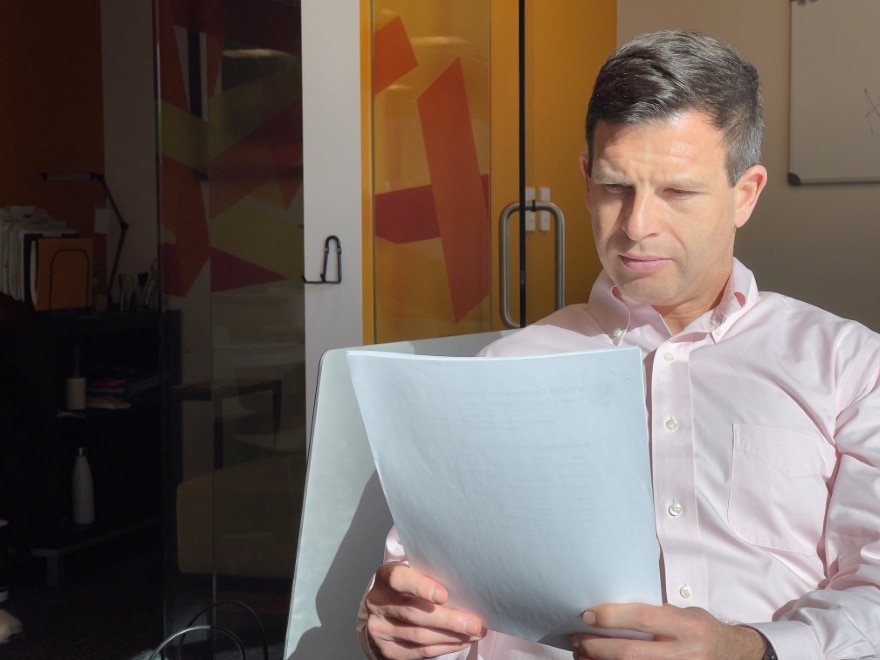 In May 2006, Plotkin became an associate at Rogers & Hardin LLP. In 2010, he joined Lowenstein Sandler LLP as counsel. In both firms, Plotkin continued to represent clients throughout the real estate industry. While at Lowenstein, he developed expertise in public-private partnerships as part of a team representing Lend Lease in connection to its work on Army bases.

In September 2014, he moved in-house, joining The Peebles Corp., which focused on development opportunities through public-private partnerships.

Plotkin was now in a role where he could see projects through every stage. In February 2016, Plotkin became associate general counsel for Crescent Heights, managing all transactions for the national real estate developer. He joined PMG in January 2019.

“Part of why I wanted to be in-house is because, in a law firm, you close a deal and it’s done,” Plotkin says. “I want a more personal stake and I love being part of a team outside the purely legal realm, including capital markets, acquisitions and construction. Achieving success as a group is so much more rewarding than achieving it alone.” 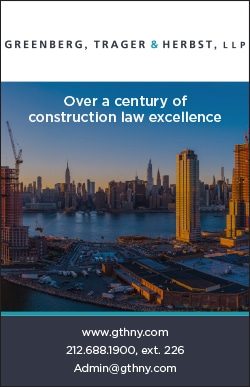 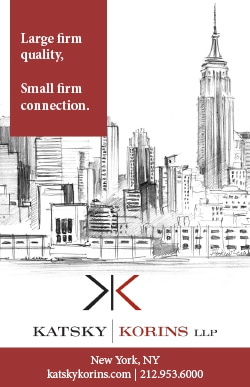 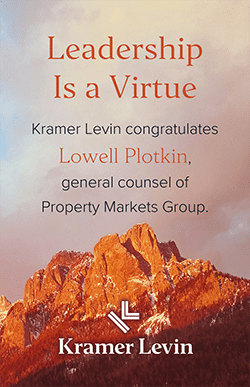 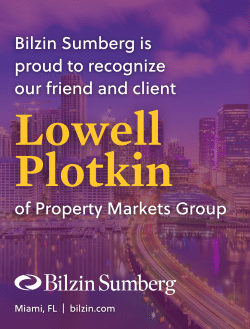 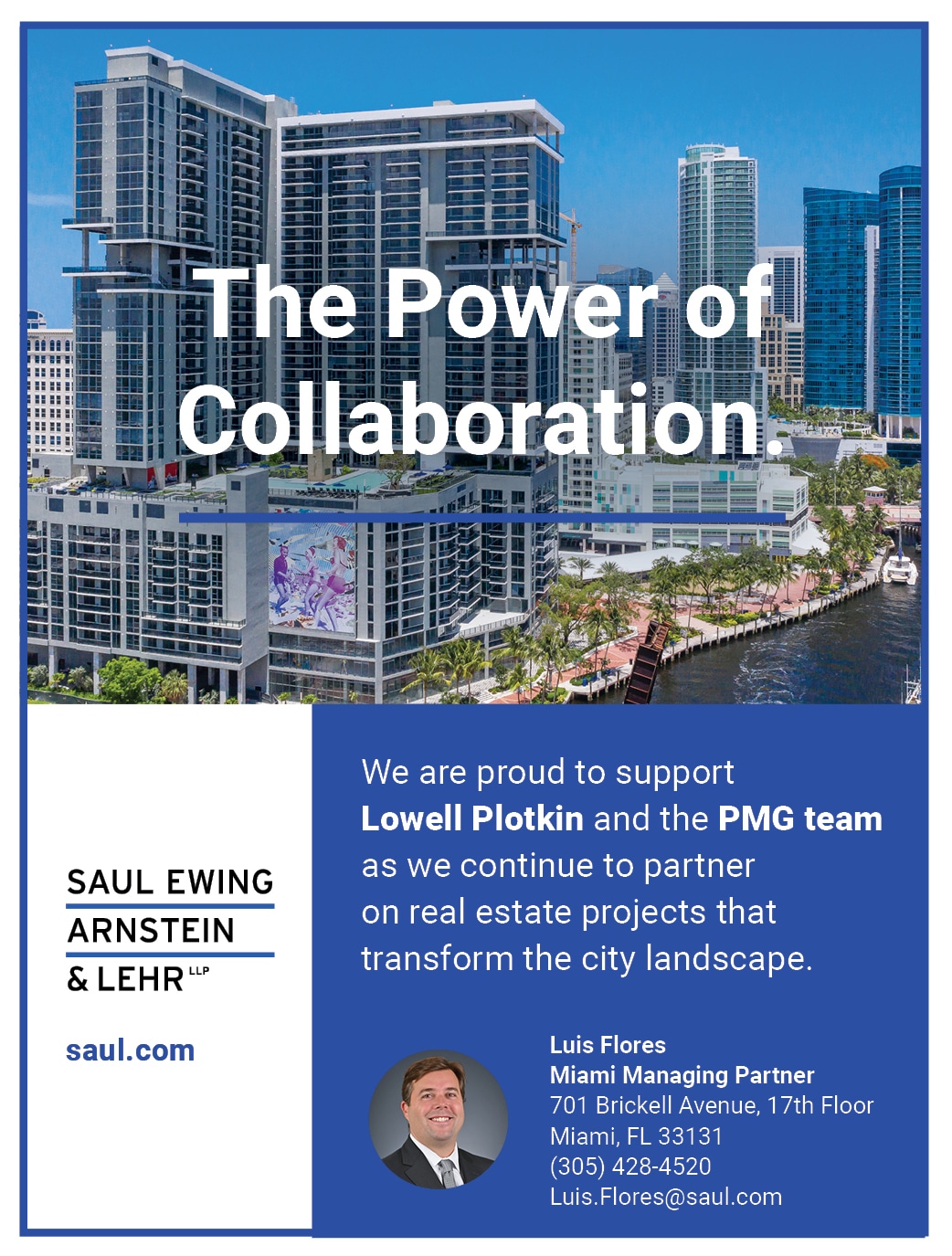