His long-time role as general counsel might have seemed consuming enough.

But, as part of a Trudell Medical Limited executive team whose members are expected to handle multiple responsibilities, Joaquim Ballès’ position was expanded a couple of years ago to include a stronger hand in business development. 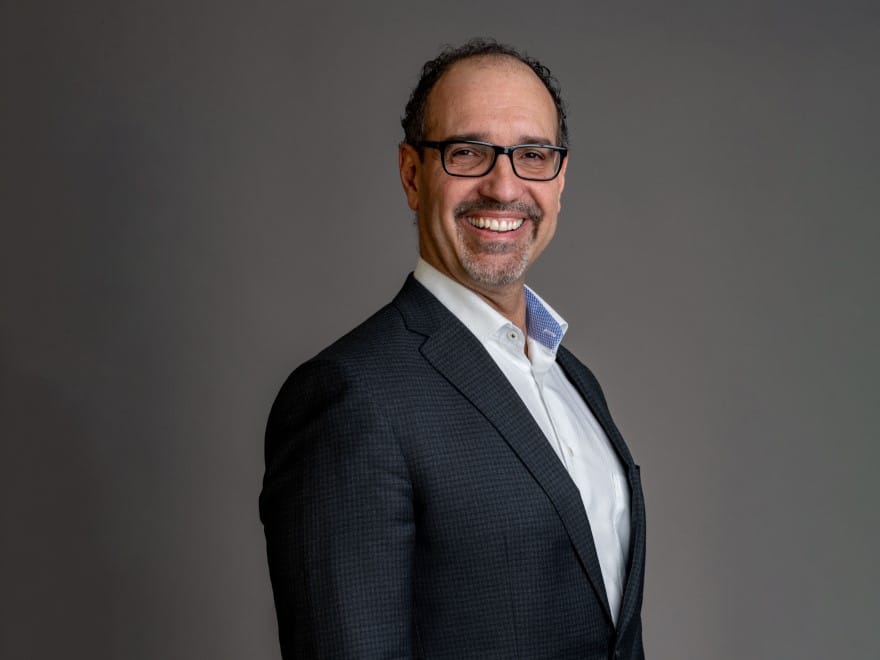 It’s something this leader has relished at this Canadian-based manufacturer of innovative healthcare devices that services a growing global clientele.

And exciting times seem to portend for this privately-owned company headquartered in “the other London”—that being the mid-sized Ontario city around 100 miles southwest of Toronto.

Known primarily for products for sufferers of asthma and other respiratory ailments, Trudell has also built a strong reputation in the development and manufacture of devices for urology treatment and minimally invasive surgery and delivery of respiratory care to the home. Trudell, which has locations abroad, including in the U.K. London, is also eying more foreign markets.

For a lawyer and businessman with a strong interest in innovation, international business, and teamwork, Ballès says it’s the place to be.

“We’re not just selling widgets,” Ballès tells Vanguard in March from company headquarters. “We’re developing and selling innovative devices that make a positive difference in the lives of patients. It’s a very energizing company that brings out the passion in all of us. And to watch the company grow in size and complexity, yet retain its culture, makes it even more worthwhile.”

While the growth of recent years may seem whirlwind, Ballès assures it’s been well-managed, with projects including a $10 million expansion of a manufacturing plant in Plattsburg, New York, that’s expected to commence with full production this fall.

Owned by one of Trudell’s seven subsidiaries, Monaghan Medical Corp., the plant will continue to produce market leading medical aerosol delivery devices for respiratory relief, sold under the well-known brand names of AeroChamber Plus® and AeroEclipse®. The plant will also produce new proprietary devices to be launched in the US market over the course of the next several years. Over time, Ballès has secured a patent portfolio protecting the valuable innovation developed in-house by product development teams and embodied in the multitude of medical devices sold worldwide by Trudell’s subsidiaries. Intellectual property continues to be a key strategic lever for the company and one of Ballès’ core responsibilities. 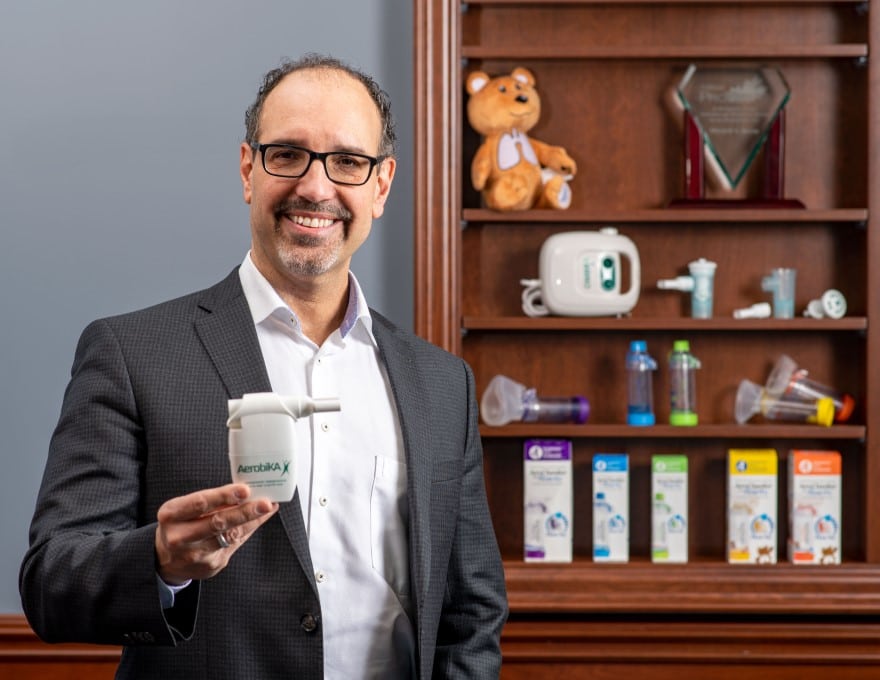 “Infringement happens and you’ve got to be vigilant,” Ballès warns. “These products might look simple, but are the result of complex research and development. We leverage decades of expertise from one product to another. We’ve got to have eyes everywhere and work closely with our product development and marketing departments in navigating the global landscape.”

Ballès has taken action against Chinese companies selling knockoffs in Europe and the Middle East, and has witnessed counterfeiting in this hemisphere as well. For patent protection, he’s found a trusted partner in the American law firm of Brinks, Gilson & Lione, and the German law firm of Grünecker, each having a century of expertise in intellectual properties.

“An important contributor to our success has been the ability to draw on, and incorporate into our team, leading legal practitioners who are pragmatic and embrace teamwork, both within their firm and with their client,” he says.

Trudell now distributing its wares in over 110 countries, Ballès’ legal team must keep pace with changing rules and regulations, because a medical product may be compliant in one jurisdiction, but may not be compliant just across the border. Then, business practices may differ across jurisdictions; what is legal in some countries might be considered bribery in others. The need for cybersecurity only grows as Trudell embraces e-commerce and cloud technology for data storage.

“The rules aren’t as homogenous as they could be,” he says of what has become a worldwide compliance maze. “But when you steer toward the higher standard—as we do—it makes compliance easier. We look upon it as an advantage- there being no bigger asset than a company’s reputation.” 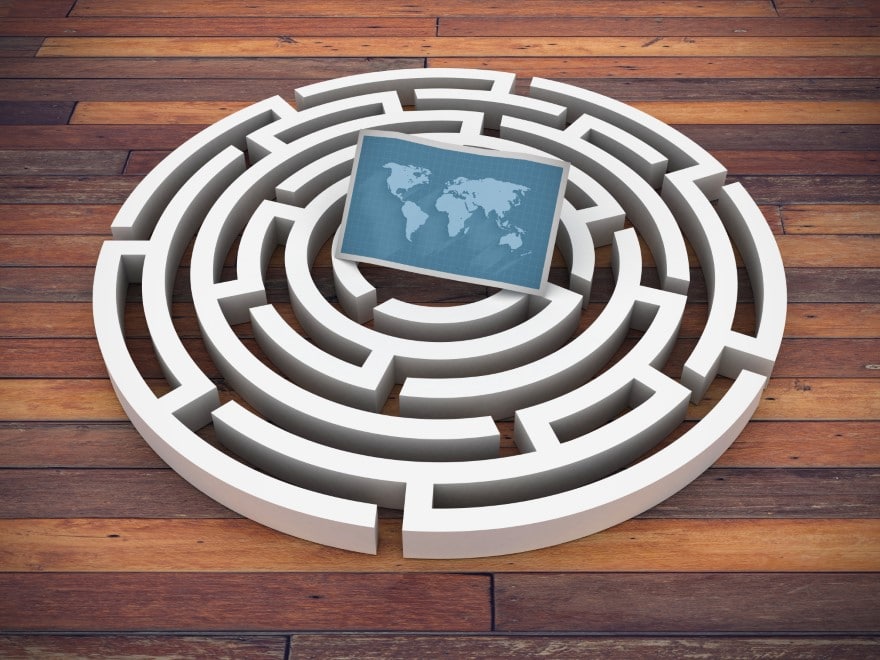 “It can be a similar situation with employment law”, he goes on to say. This, too, is an area that is commanding more of his team’s attention, with Trudell’s close to 1,000-strong workforce being five times more than when Ballès joined the company in 1996, and extending across Canada, the United States and Europe.

But how rewarding the two decades-plus have been, the Montreal-born, 54-year-old Ballès is quick to say. International commerce and law have intrigued him since he was a young man, with Ballès majoring in the former at Concordia University (Montreal, PQ), and earning his juris doctorate at Queen’s University (Kingston, ON) in 1993. Prior to both, he completed a CEGEP degree in Pure and Applied Sciences (Montreal, PQ).

Before joining Trudell, he would work as a business research analyst and money market manager at the investments unit of one of the largest insurance companies in Finland, then practice corporate, commercial and IP law for a few years at a leading London, Ontario, firm. Fluent in English, French, Spanish and Catalan, he’d have opportunities to speak in all those tongues in the insurance field in Helsinki, and in private practice, but neither was where he wanted to spend his professional life.

International business law and intellectual property held more appeal and, when Trudell offered that and more, Ballès eagerly accepted the role of director, legal affairs. Within a few years thereafter, he was promoted to the role of vice president, general counsel and secretary. By 2003, he’d enhance his credentials with an MBA from Western University in London, Ontario, giving him a stronger skill set to serve the company’s recent goal of doubling in size, but in a manageable and sustainable manner. 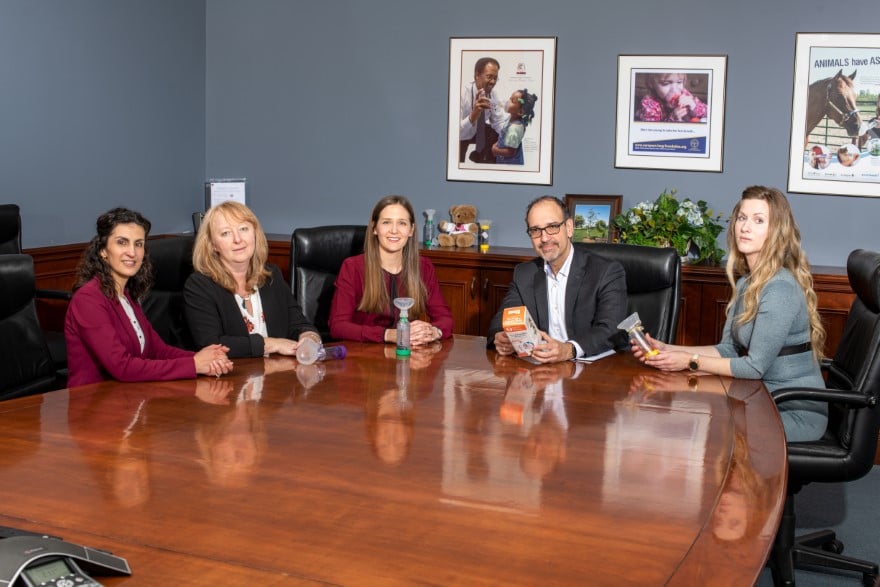 The process seems well underway, though Ballès wants it to transcend Trudell’s interests. A civic-minded man, his extracurricular activities include serving as a board member of the Ontario of Chamber of Commerce and chairing its Finance, Audit and Risk Committee, and as co-chair of the City of London’s Advisory Body which oversees the execution of the city’s Newcomer Strategy. Prior to that, he served as chair of several other boards, committees and task forces in a volunteer capacity.

Among his observations: Diversity is a key factor in a city’s ability to grow its economy and to prosper in today’s global village. Communities that recognize and embrace the importance of attracting, integrating and retaining newcomers, be they recent university graduates or immigrants with skills to share, significantly enhance their ability to achieve sustainable economic growth. He’s noted that London’s influx of hard-working Syrian refugees has enhanced a shrinking labor pool, and that a welcoming city can be a thriving city.

He also thinks the corporate community could take a cue from his own employer and CEO that stays “hungry, humble and smart” as well as attuned to the nuances of its very specialized industry and the global economy at large. Much opportunity is there for a company adept at R&D, manufacturing, and marketing lifesaving and life-enhancing products, and at providing respiratory care. A smart company devises a strategy to seize upon it.

“It’s like playing a good game of chess,” Ballès says. “You anticipate changes in the legal and business landscape, and move your pieces ahead of time. You’ll fall behind if you’re reactive.” 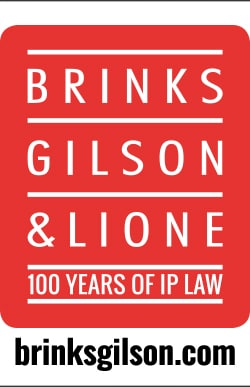 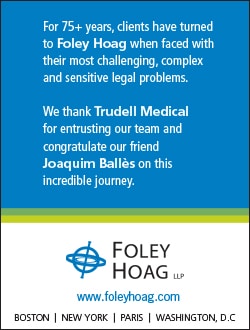 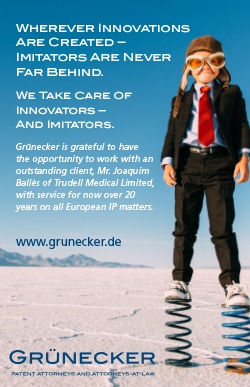