Picture a man standing in a field on a research farm in Naples, Florida. He’s just finished tasting a seventh variety of watermelon picked right from the vine. A short time later, he’s in Wisconsin, sinking his teeth into sweet corn that he plucked from the stalk and husked.

Marc Trigilio has been handling legal matters for firms and companies since graduating from Suffolk University Law School and has always believed that law and fun could intersect. Nearly a decade ago, he found a company that thought the same way: Syngenta, a global agricultural science and technology company, which focuses on seed and crop protection products, like herbicides and fungicides. 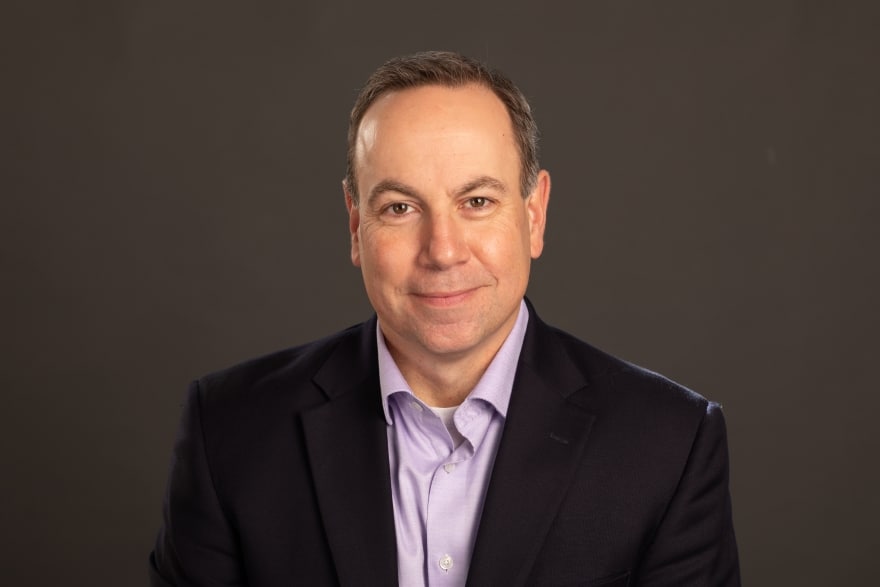 He joined the company in October 2012 as legal counsel and several months later was in Indiana standing on a farm for the first time in his life.

“That’s also when I first saw Syngenta’s products in action and gained a whole new appreciation for those products,” says Trigilio, who became the head of legal for crop protection in North America in July 2021.

He adds that knowing exactly how the company’s products are used and by whom, and how effective they are, is important. This knowledge allows him and the legal department to be better partners for the business side of Syngenta.

“Our guidance and solutions need to be practical and enable the business where possible and we really need to understand the business to do that,” he says.

A sea of learning

Trigilio says the legal department works closely with all aspects of Syngenta’s business, including product marketing, sales and research and development. The more the attorneys know about the products, the easier it is for them to address issues, such as if a competitor asserts that its product performs better than Syngenta’s.

Moreover, Trigilio has discovered certain issues may seem like they need to be handled by the legal department, when instead they can be resolved by working directly with the customer. He says terminating an agreement or contract is a last resort that Syngenta always tries to avoid, as it doesn’t give the company a chance to troubleshoot the issue and retain a happy customer.

For instance, he spent time at one of the Seedcare Institutes learning how to apply seed treatments and comparing Syngenta’s products to products of its competitors. He saw during his training that a product did not clog filters. 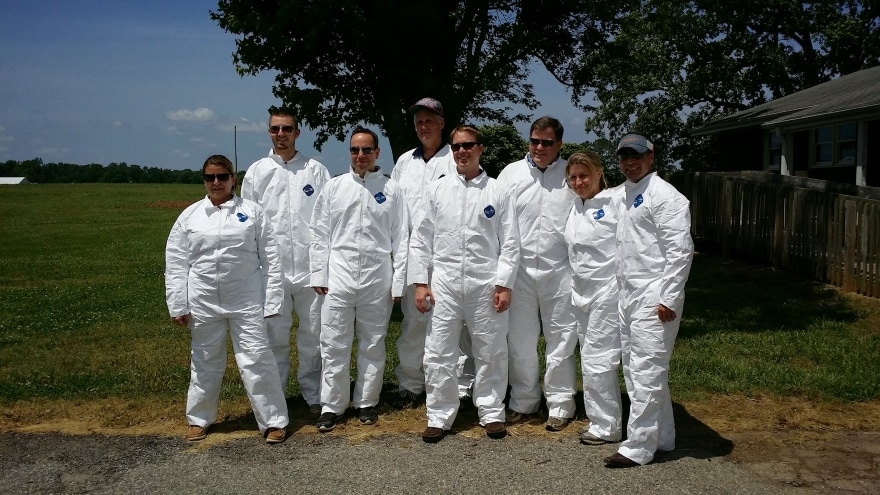 “Now, if a customer has a different experience, I know to ask our sales or technical representatives about whether we have looked at other avenues of resolution before I start looking at the legal contract for remedies,” he says.

When working with Syngenta’s pest management business, Trigilio even put on a plastic suit and attended a “termite school” for exterminators where he learned how to recognize termite damage and use Syngenta’s termite products. Apart from spending time with colleagues, it’s not something he particularly enjoyed, but it showed him how exterminators were using and applying products.

“Just one day in a crawl space and seeing a giant snakeskin on the ground was enough for me to know I never want to be an exterminator,” he says with a laugh. “I also wish I had been wearing more appropriate footwear that day.”

Syngenta has several legal teams, each one generally focusing on a unique business within the company—seeds, flowers, veggies, crop protection products, even turf and pest management. Every few years, the attorneys swap areas of focus, taking over different departments, so they gain a better understanding of Syngenta at large.

Trigilio says that diversity of experience helps maintain a learning mindset culture as the company focuses on personal and professional development. Combined with formal training programs, he says this is core to the success of the legal team.

In fact, in April 2022, he was planning a day trip for the legal team to one of Syngenta’s Grow More Experience field sites. This allows other attorneys to get their boots dirty and learn in-person from Syngenta’s agronomists about the company’s products. Trigilio says the experience builds chemistry and is an opportunity to spend quality time together outside the office.

“Having been to this site before, I can tell you it’s going to be a long but really fun day,” he says. 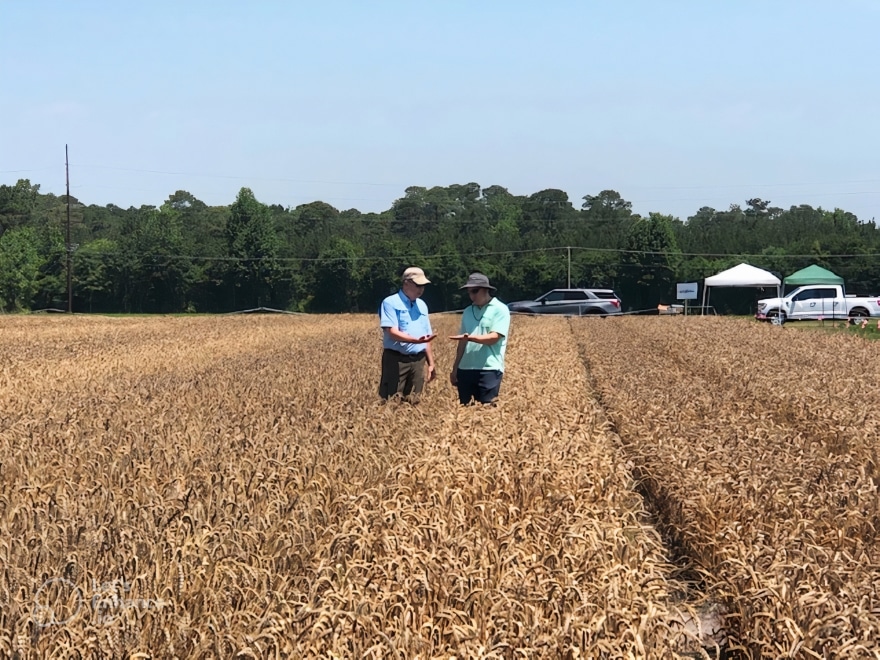 Trigilio also loves networking within the company and encourages his team to do the same. He says it helps break people’s perception of the legal team as some scary entity, makes the lawyers more approachable and builds lasting relationships in and out of the office.

For example, he attended a company training in Switzerland with a colleague who lived in Brazil. Years later, when that colleague moved to Greensboro, North Carolina, where Trigilio lives with his family, he introduced the colleague not only to other local coworkers, but friends and neighbors.

“When I ask good friends—partners at law firms—what they do for people and career development, it doesn’t compare to what we do,” Trigilio says.

Trigilio’s career in seeds and snakeskins started off, surprisingly, in hospitals and ambulances. When completing his undergraduate degree at College of the Holy Cross, he was a psychology pre-medicine major. He worked as an emergency medical technician during college for two years—until he had a realization during a spiritual retreat.

“I was watching a surgery and was honestly bored to tears; I think it was divine intervention that I had an uncle who was a lawyer and always felt a bit of a pull towards law,” says Trigilio, who still has the journal in which he wrote he wanted to switch careers.

Taking a leap of faith, he decided to go to law school instead of medical school, where he met his wife, Leigh, of almost 22 years. After graduating, he worked with a few law firms focusing on private equity and hedge fund representation, before moving in-house to industrial manufacturer DuPont before Syngenta. 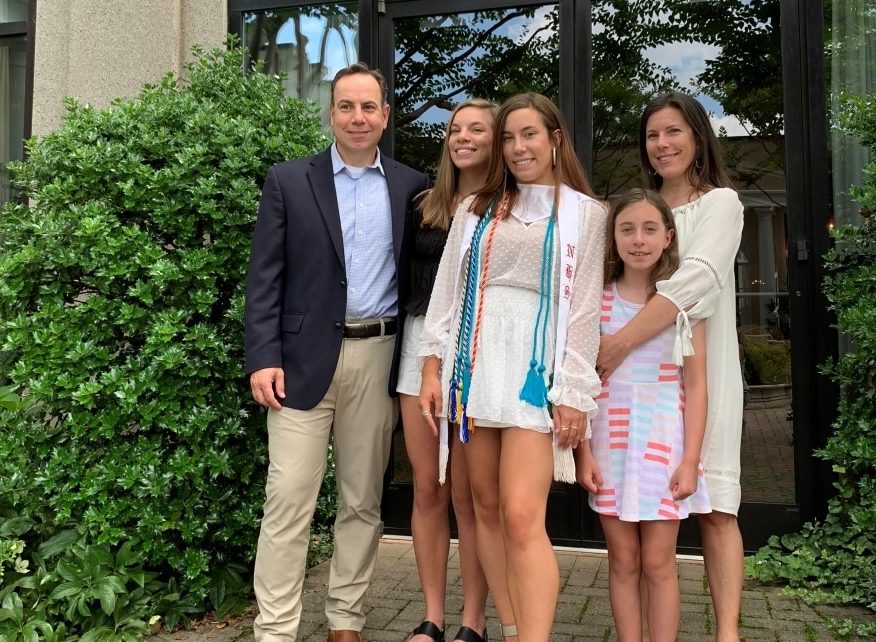 “I grew up in Boston with no background in agriculture but immediately loved the work and Syngenta’s mission of enabling the food chain to feed the world safely, sustainably and with respect for the planet,” he says.

Before joining Syngenta, when his children asked him what he did for a living, he’d simply explain how to manage a legal contract. Now, he tells three daughters—ages 20, 18 and 12—that he’s helping people.

“What we do is important—addressing food security, mitigating climate change, helping farmers—and we’re having fun doing it,” Trigilio says. “My work certainly has some tough parts, but I love my office—which sometimes has a computer and desk and sometimes a field and boots. What more could I want?” 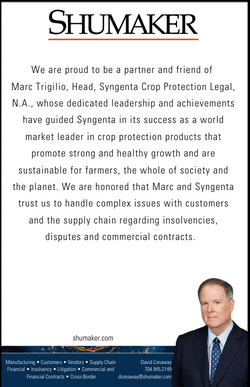 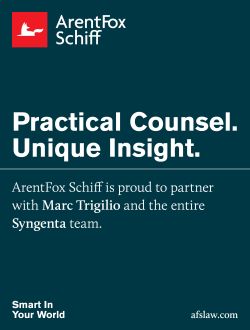 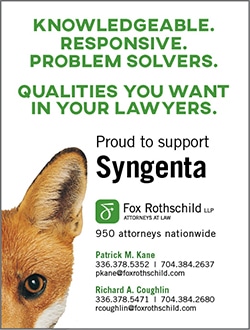