Making a case for efficiency

Shortly after being upgraded to associate counsel of Nationwide Title Clearing Inc. in 2013, Matt DePasquale was called into the chief legal officer’s area and given what might have seemed a battlefield promotion.

“The boss says, ‘I have a lot on my plate, I need for you to take over litigation,’” DePasquale remembers from his office in Palm Harbor, Florida, on the western shore of Tampa Bay. 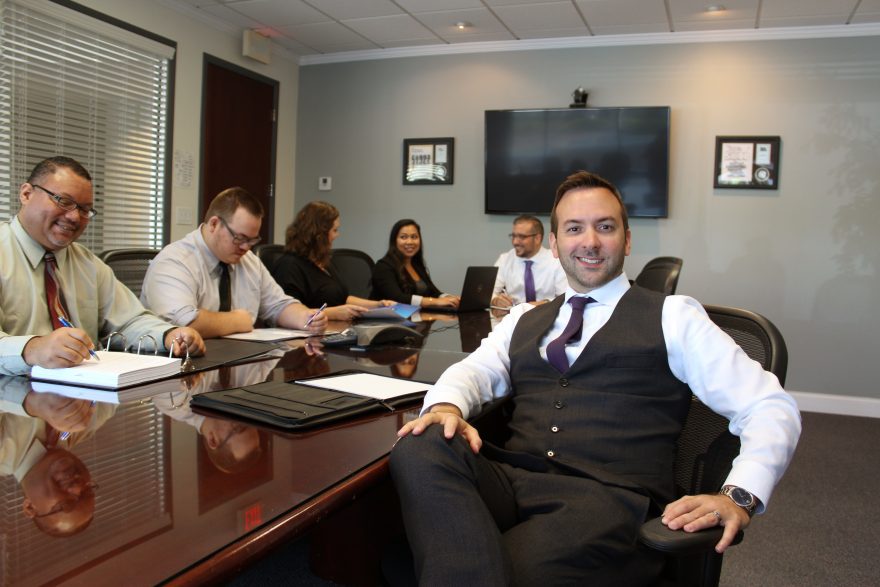 Now litigation is a big part of the legal department’s responsibilities. It just goes with the territory.

Sometimes it’s a matter of a state’s regulatory body demanding more stringent compliance, sometimes it’s a plaintiff viewing the company as an easy target and cash cow as well. Whatever the motive, NTC—a post-closing service provider in the residential mortgage industry, one of the nation’s largest—must keep its legal guard up, monitoring issues in all 50 states and the District of Columbia. While the process can’t help but be expensive, DePasquale has been able to economize without compromising the quality of legal.

“We had been slammed by high legal costs the prior year, but I was able to cut expenses by a third,” the well-spoken 32-year-old Rutgers law grad tells Vanguard in July. “We had a moderate increase last year, but this year I’m on track to again reduce costs by a third. The savings add up.”

Promoted again last November, this time to general counsel, DePasquale is NTC’s only full-time lawyer, though he’s ably supported by a more senior, part-time attorney and a smart group of paralegals. Such an operation, however, can’t possibly handle litigation coast to coast, so DePasquale must depend on outside lawyers.

“We understand how costs can soar,” DePasquale acknowledges. “It’s litigation and fluid, but the one thing we don’t do is settle just to make it go away. We want to get the case dismissed on the merits, so we have lawyers nationally, whom we have educated and cultivated to handle our cases. But first we’re going to ask them for a fee estimate.” 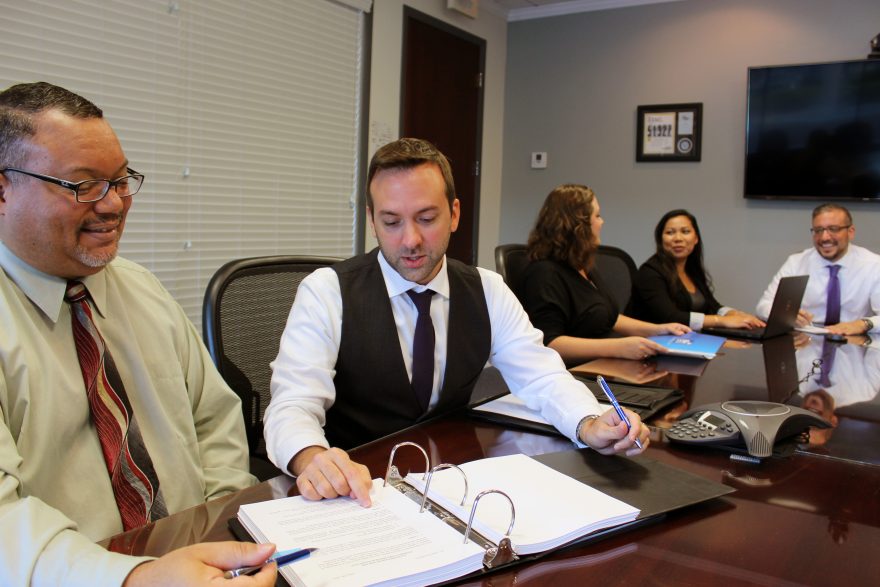 But that’s not to be mistaken for being penny-wise and pound-foolish. Whereas up until a few years ago, NTC often retained small law firms because of their lower overhead, DePasquale now says there can be savings in the long run by opting for the mid-sized and large firms.

“Their rates may be higher but with their resources, they’re able to knock the case out right away,” he says. “But we’re still counting on them to be very efficient. As long as they are, and produce, we’ll call on them again.”

Then there’s preventing matters from reaching litigation or attracting attention from litigators. NTC continually evaluates its signing model to ensure that its document preparation, signing and recording is beyond reproach, and that NTC’s practices comply with all state and federal laws and regulations. Nothing’s left to chance.

Come the end of the year, DePasquale will get out his green eyeshade again, and conduct what he refers to as the “post-mortem.” He and his staff will pore over the cases, noting what’s to be learned from every dismissed case, settlement and loss.

“We’re only as strong as our weakest link,” he reminds. “I want them to push me for answers and explanations. If they think I’m wrong, I want to know now. Better now than two months down the road when something else comes up. We’re all here to learn.”

And to take the initiative—like Richard Branson—DePasquale carries a notebook to jot down his most spontaneous ideas. Eventually, there’ll be one well worth pursuing, he says.

The end of the year is also when DePasquale will set goals for the next 12 months, 2018’s including further reduction of outside legal costs, the revamping of various in-house policies, a deeper engagement with other NTC departments and an improved compliance log that can significantly reduce the need for outsourcing.

Still a young man, DePasquale regularly advises people who are much older, but he’s built enough credibility since joining NTC as an account executive in 2012, when he had yet to pass the Florida bar. One year later, the newly licensed DePasquale was named associate counsel, and his role has only expanded.

“It’s a very diverse practice and it keeps you on your toes,” he says.

The daily to-do list may include managing all litigation start to finish, meeting clients for audits, complying with the federal Gramm-Leach-Bliley Act to which all financial institutions must adhere, chairing the risk-management committee, cataloguing all assets, and teaching a variety of in-house courses.

“I try to have a personal relationship with each individual who works for me,” he says. “I will mentor them professionally and show that I’m invested in their future. I’m giving them skills they can use elsewhere if that’s where they choose to pursue their career.”

More than a good actor

There was a time when DePasquale was leaning toward a different livelihood. Growing up in nearby Clearwater, as the son of a single mother, he was around 8 years old and not feeling particularly chipper one memorable day, until he turned on the TV and saw Robin Williams in all his comic genius as “Mrs. Doubtfire.” That put the acting bug in DePasquale, who figured he too could make people laugh. Ten years later he was studying acting at the University of Central Florida in Orlando.

Following his graduation in 2007, he had another epiphany of sorts while servicing accounts during a two-year stint at UnitedHealthcare in Oldsmar, another Tampa Bay community. 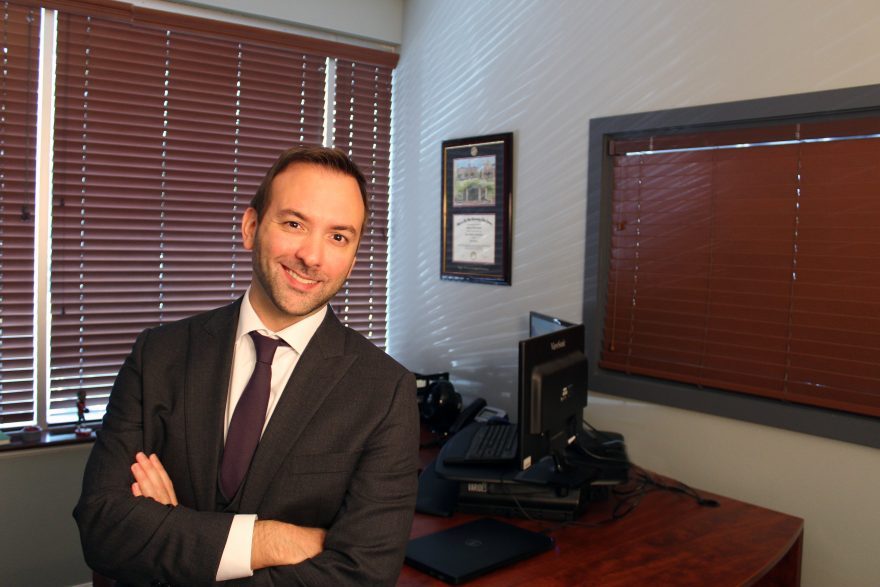 As DePasquale recalls, he was just doing his job when a man suffering from brain cancer complained that his bills weren’t being paid. Upon tracing the problem to a coding issue, DePasquale reflected on the satisfaction one gets from aiding someone in distress. It wasn’t the sole reason he opted for law school instead of Hollywood, but surely figured.

“Around Thanksgiving that year, the claim had been paid and I was so moved by how elated that man was,” DePasquale says. “You could hear the emotion when he was thanking us. From that point on, I thought law was the avenue to help people in times of crisis.”

He certainly did his share of that as a Rutgers student, heading its Association of Public Interest Law; working on voters’ rights issues in Camden, New Jersey; and spending two spring breaks in New Orleans, which had yet to fully recover from the Katrina beating a couple of years earlier.

Initially inclined to be a prosecutor, DePasquale has found the in-house role more to his liking. It may lack the glamour of a TV trial lawyer, but the married father of a precocious little girl knows he’s vital in a national operation helping lenders help homeowners.

And doing it very efficiently, to boot. 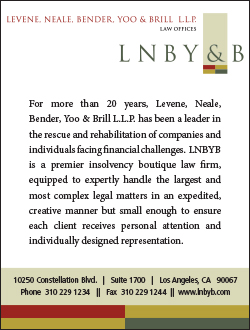 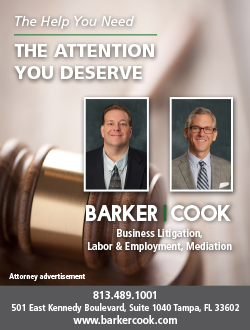