Successful acquisitions have him smiling

Nothing risked, nothing gained, believes Michael Bregenzer, who’s celebrating his fifth anniversary as the first general counsel of Ranir LLC, the Michigan-based manufacturer of value-brand oral and personal health-care products.

“I’m comfortable with risk,” says the personable 47-year-old attorney who cut his teeth handling Ranir’s patent issues, in 2006 as an associate with the Chicago affiliate of the Kirkland & Ellis international law firm, and six years later convinced the growing company of its need for an in-house lawyer. “It’s part of my job to be comfortable with risk, to balance risk with our business objectives, and then provide based on that balance.” 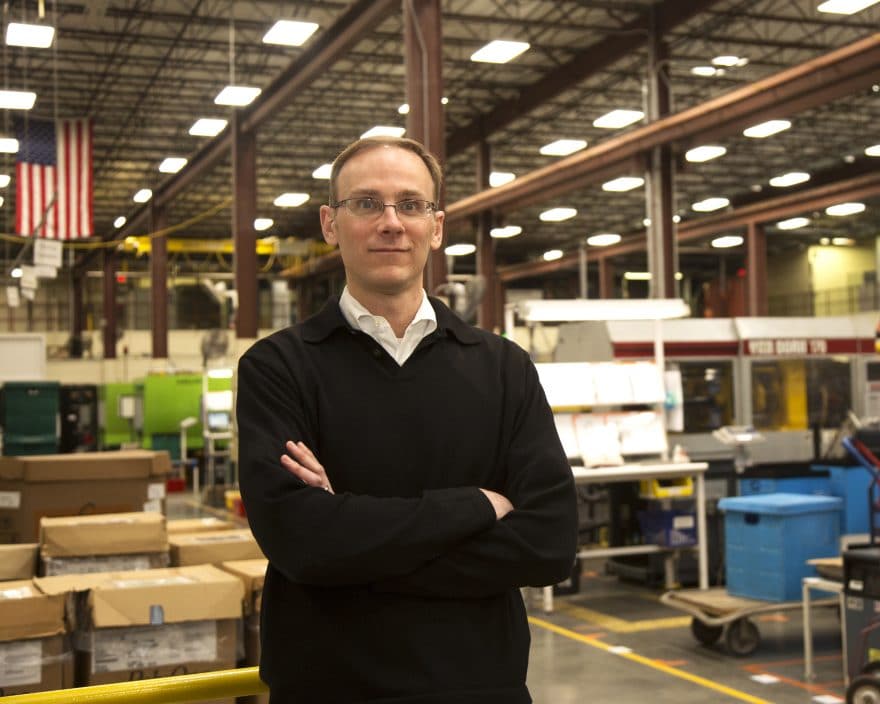 That’s made the University of Illinois College of Law graduate a good fit at Ranir, which did not come to dominate the discount shelves by playing it safe. On the contrary, for nearly four decades Ranir has seemed in perpetual growth mode, buying out competitors and branching into new lines of personal hygiene and health care, and pursuing overseas growth through its operations in Britain, France, Germany, India and China.

Only it’s a tempered aggression, Bregenzer is quick to remind— especially in an area as high-risk as corporate acquisitions. Bregenzer and his colleagues on Ranir’s global leadership team must have carefully calculated last year, as the company closed out 2016 with a couple of high-profile acquisitions that seem poised to sustain its double-digit growth.

While a healthy, affordable smile is part of Ranir’s purpose, the company’s brass may beam best when it has completed another expansion.

Last October, with Bregenzer managing the legal work in conjunction with its outside counsel, Kirkland & Ellis, Ranir acquired, for an undisclosed price, Toronto-based BrushPoint Innovations, which also sold a wide variety of oral care products, including store-brand manual and electric toothbrushes. Ranir President and CEO Rich Sorota saw the transaction as complementary to extending distribution in the United States, Canada and Europe.

“We have grown the last five years, on average, in excess of 10 percent per year,” says Bregenzer, who also heads Ranir’s business development team. “Acquisitions are an important part of that growth. Our goal is to do at least three in 2017, and we wouldn’t be sad if we did more than that.”

Bregenzer isn’t saying who Ranir might be targeting next, but predicts the company’s growth could hit the mid- or even high-teens, even though the oral health-care industry has been showing just a very modest 2 percent annual growth.

“It’s a challenge we’re undertaking, but it’s one we’re confident about,” he assures.

At least some of that confidence can be attributed to Ranir’s economic model.

“When the economy takes a downturn and money is tighter, people will try a store-brand product and realize it is basically the same as the branded product they long had been buying.”

While recessions won’t make anyone smile at the Grand Rapids headquarters, Bregenzer says the company—founded amid 1979’s market malaise that had shoppers everywhere pinching pennies—has long learned to smell opportunity in what may be hard times for competitors.

“When the economy takes a downturn and money is tighter, people will try a store-brand product and realize it is basically the same as the branded product they long had been buying,” he says, noting that the Great Recession marked a strong growth period for Ranir. “Then when the economy improves, we’re able to hold on to those customers.”

And those customers might be even more receptive to Ranir’s ever expanding options for brushing, flossing and whitening.

Time was when a toothbrush seemed the most basic device—just a head of tightly wound bristles mounted on a handle, with the texture of the bristles being the only significant difference. A humble instrument to be used twice daily by most folks.

But no product line stays the same, and what long ago was just a simple toothbrush now may come in as many varieties as an automobile. And then there are the other accessories, just a few of which include power handles and replacement brush heads, flossers, interdental brushes, whitening gels and bruxism devices to prevent nocturnal grinding.

With the need for patents increasing with the development of every new oral-care product, Bregenzer’s duties extend into intellectual property—Ranir’s and everyone else’s. After all, the competition always has its eyes on a company that can undercut its price.

“What we don’t want to do is infringe on any third-party’s intellectual property, whether it’s patents, trademarks or trade dress,” Bregenzer says. “We want to fight them in the marketplace, not in the courtroom.”

Then there are the regulatory issues that can be complex enough in just the United States; much more so for a company determined to take a bigger and bigger bite of the international market.

“We’re highly regulated. We sell Class I and II medical devices, cosmetics and OTC drugs. As a result, it’s very important that we dot all i’s and cross all t’s,” Bregenzer says, explaining that Canada and Europe have their own versions of the U.S. Food and Drug Administration that must OK many of Ranir’s products.

Big retailers that use Ranir—among them Wal-Mart, Rite Aid, CVS and Target—have their own quality-control specifications that must be satisfied. And Ranir, of course, has its own high standards.

“The driver of our success is to balance extremely high quality while providing our retail partners and consumers with good value,” says Bregenzer, who lists quality control as yet another of his chief responsibilities. “To be successful, we have to do more than just discount prices; our consumers expect the quality to be identical with the name brands.”