Sometimes the best runs start with a bad hand.

It was 2005, and Michael Magazzu had just earned his J.D. from Widener University. A pair of clerkships already under his belt—the first with a county prosecutor, the second with a public defender—the 25-year-old set his sights on a more prestigious gig working for a criminal court judge.

Only, a law-school classmate landed the role instead.

“It was a humbling experience, for sure,” recalls Magazzu, vice president and general counsel for Sands Casino Resort Bethlehem. “I sort of had to push the reset button and figure out what direction I wanted to go, with no idea how it might work out.” 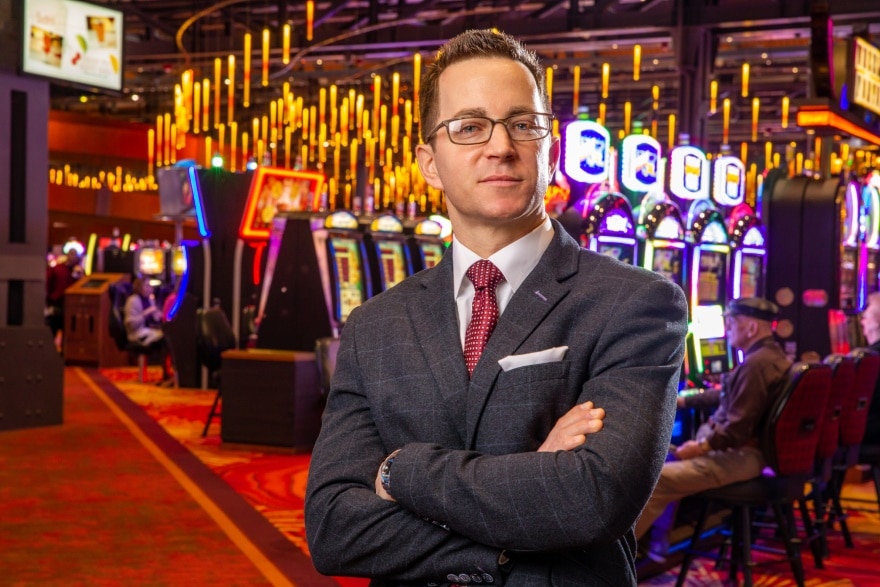 Leading to roles in Atlantic City’s gaming industry, including an eight- year-stretch with the famed Caesars Entertainment, it seems to have worked out just fine; and when Magazzu spoke with Vanguard in early May, it was about an industry-altering Supreme Court decision that had the potential to make his latest appointment all the more interesting.

At issue was a 1992 federal law that prohibited individual states from legalizing sports betting, save for the few states where it was already legal. In a 5-4 decision, the court deemed the law unconstitutional, opening the door for casinos like Sands to establish their own sports books.

Still, it will likely be months before the casino decides on next steps, Magazzu says. “It’s not as easy as flipping a switch,” he explains. “The fact is we don’t know what the regulatory landscape is going to look like. So a lot of it will be reading the regulatory tea leaves to figure out how we want to approach any substantial capital investments.” 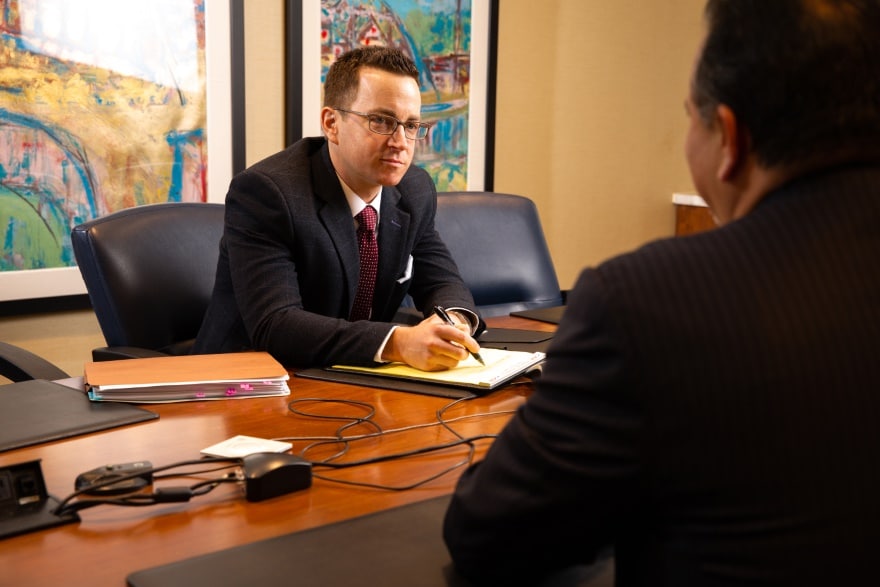 In the meantime, one of Magazzu’s most pressing responsibilities involves Sands’ anti-money-laundering efforts. Owing to the enormous flows of money they generate, casinos have long been seen as potential conduits for large-scale transfers of cash, some of which could originate from illicit sources.

Shortly after his arrival, Magazzu brought on Director of Compliance Jeff Tomlinson, who had spent more than 20 years in the FBI, to help reinforce the casino’s oversight.

“Since we brought Jeff on, the program has taken a different turn,” Magazzu says. “We’re doing much more analysis and tracking of patrons, to figure out where some of this money is coming from. It’s probably the most interesting part of my job.”

Magazzu and Tomlinson employ a similar tactic when issuing licenses to the casino’s vendors and patrons; conducting extensive background checks to ensure full compliance with authorities at both the state and federal levels.

Working with the casino’s Las Vegas parent company, Las Vegas Sands, Magazzu and Tomlinson created an executive committee to determine whether or not certain patrons should be banned from the Bethlehem facility. Similarly, in the event of an incident—say an unruly patron causing disruption on the casino floor—he might spend hours poring over security footage or other relevant reports.

“These are people that, in some instances, are highly-valued patrons in the casino,” Magazzu says. “We felt it was important for the property leaders here to take the lead in making those kinds of decisions.”

In addition, he and Tomlinson are responsible for collecting data on the casino’s diversity efforts, including hiring statistics and detailed information about the casino’s management personnel. Filed annually, Magazzu says the resulting reports have led to the casino hiring more women and minorities.

It might not be the high courtroom drama he dreamed of all those years ago, but for Michael Magazzu, the results—not to mention the career and thriving family of six—have been more than worth the wait.

After spending eight years as corporate counsel for Caesars Entertainment, Magazzu was hired by Sands in March 2016. Almost a decade had passed since his foray into the Atlantic City gaming world, and while Magazzu looks back fondly on his time at Caesars, a tenure that began when he was just 28, the pressures of overseeing the day-to-day legal issues for 14 different casinos throughout the country eventually took their toll. 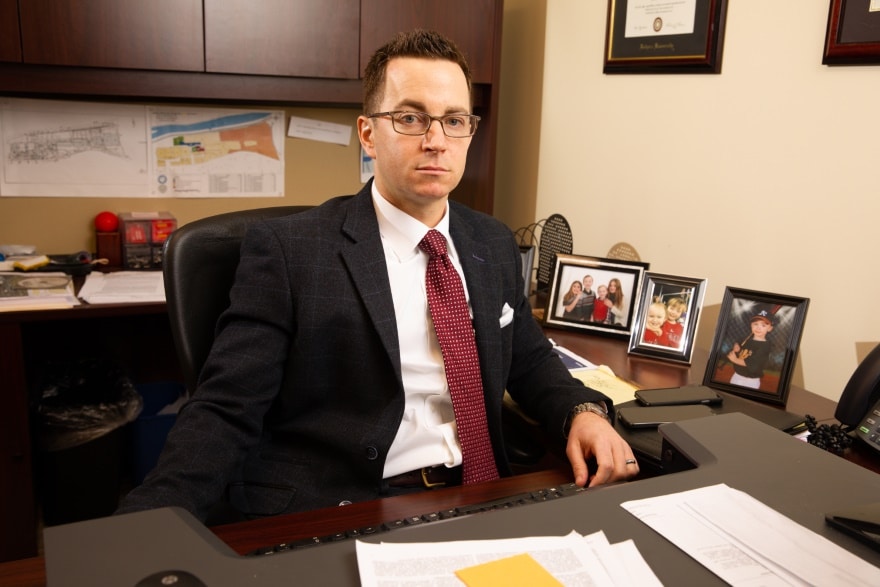 “It got to a point where I felt like I was barely scratching the surface of the daily legal issues,” he recalls. “Now that I only have one casino to worry about, I’m able to really get into the weeds of the operation and be more proactive.”

Indeed, Magazzu’s daily duties are far from strictly reactive. Earlier this year, he played a pivotal role in Sands becoming the first casino in Pennsylvania to secure approval for more than 250 table games, a designation for which Magazzu had to apply in person, in front of the state’s gaming board.

As he left Harrisburg that day, Magazzu remembers feeling a palpable sense of accomplishment, knowing that the work he’d done would have a tangible impact on the future of his company.

This time, he knew the job he had was his—and no one else’s.

“When I was younger, I think I took for granted how lucky I was to have the job I did,” Magazzu reflects. “I’ve come to a point where I can look back and really be proud of the path I took.” 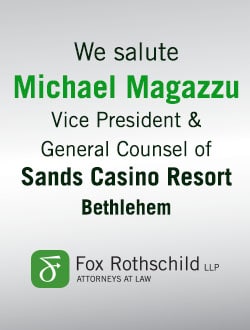 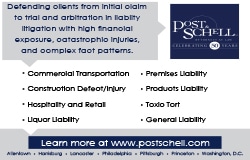