Say you’re a dentist in a small town in Iowa. You’ve built a successful practice, and now you’re ready to invest some of your earnings. In the past, certain private investments were essentially unavailable to you. But thanks to some forward-thinking venture capital firms, that playing field is growing more level by the year.

While the pandemic crushed some companies, others, like New Hampshire-based Alumni Ventures, experienced an unprecedented burst of activity. According to Chief Compliance Officer Michael Phillips, changes to investing rules—specifically, allowing individual investors like small-business owners, retirees and salaried employees to invest their savings in private funds (if they meet certain criteria)—have made the asset class more accessible. 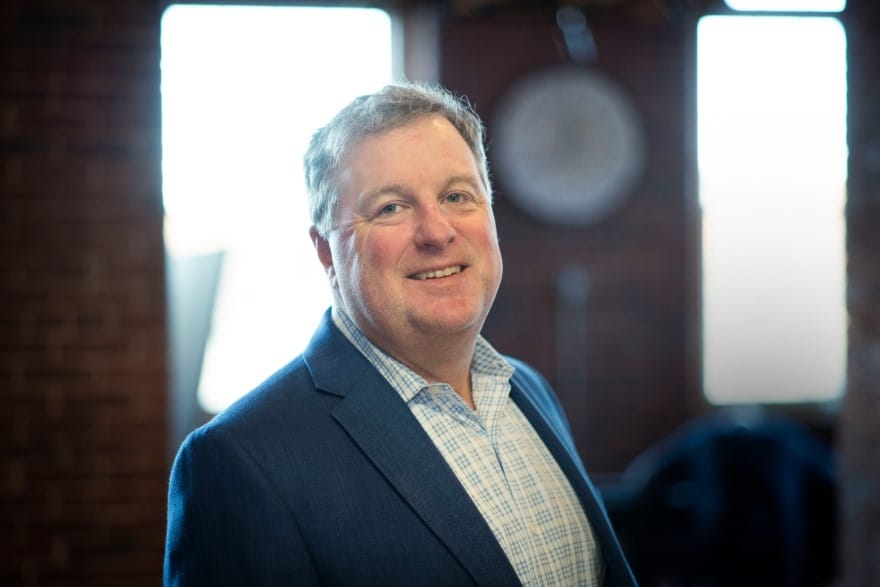 Because of this sea change, firms like AV have needed extra legal muscle to ensure strong compliance. Enter Phillips, who joined the firm in 2020 as its general counsel. He has more than 25 years of experience in both law and business management.

“It’s the golden age of venture capital and AV has grown quickly,” says Phillips, who switched roles to become the firm’s first chief compliance officer in November 2021. “We’re in a phase where we need to ensure that compliance is the cornerstone of all we do.”

Founded in 2015, AV initially raised capital from Dartmouth College graduates to invest in start-ups founded primarily by their fellow alums. It was a benefit to the community while also finding investment opportunities through that community.

Since then, AV has launched funds targeted to alumni of 18 different schools, each with dedicated investment management professionals. The company has developed hundreds of funds to date, most of them under $10 million (per federal regulations), with many built around themes such as impact, blockchain, artificial intelligence and global funds.

Now, accredited investors with a minimum of $25,000 can have their money invested across 20 to 30 companies in diversified sectors.

“It’s a value proposition offering people the opportunity to tap into venture capital funds that were previously primarily open to larger institutions and the ultrawealthy,” Phillips explains. “Now that person can pool their resources with other investors, while mitigating the risk of trying to do it themselves.”

Playing by the rules

With respect to compliance one of his main areas of expertise, Phillips is working to develop a culture where “doing the right thing is at the forefront of everyone’s mind”—from leaders in the c-suite to new employees.

For example, by having clear and documentable procedures regarding the allocation of investments, he says the firm is better able to meet each fund’s investment objectives—while also making sure no fund is disadvantaged. 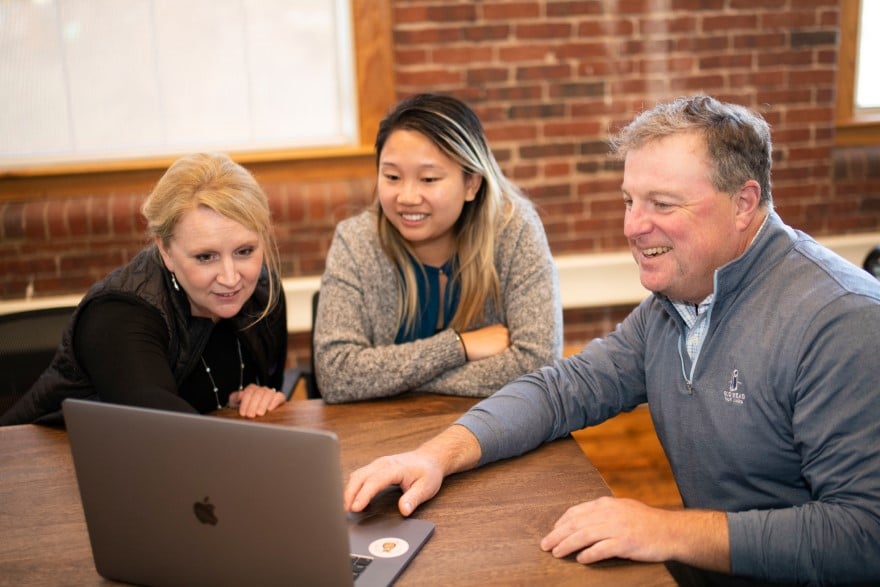 “Being fiduciaries, we must always act in the best interest of investors,” Phillips says. “Part of my job is to document and demonstrate that the company is meeting those responsibilities, as well as myriad regulatory requirements. Particularly those overseen by the U.S. Securities and Exchange Commission.”

As Phillips explains, given the nature of its business, AV must invest at least 80 percent of a fund in “qualifying assets”—typically equity investments in private companies.

Owing to his business acumen (he helped TIAA expand its alternative investment business, raising and deploying billions of dollars globally) Phillips is also called upon to help develop new investment products—including those that emphasize and support diversity and inclusion efforts. In 2022, the firm will launch its third Impact Fund, with the goal of investing in companies that were either founded by traditionally under-represented populations or seek to benefit them (or other societal changes).

By the end of 2021, less than 18 months after Phillips joined, capital committed to AV’s Funds had jumped from approximately $350 million to more than $850 million. In fact, AV had to add over 50 new employees just to keep pace.

“Expanding our portfolio, including by investing in companies with and serving diverse populations, is a move that could mean millions in added value for start-ups to the benefit our clientele,” Phillip says. “Our long-term goal is to be one of the most impactful venture capital firms in the world.”

In 2015, while working for an investment advisory firm in New York, Phillips went to one of AV’s first pitch meetings at the Dartmouth Club of New York. Intrigued by what he heard, he tracked the firm’s activities for several years before being hired in 2020.

He came with plenty of experience. After graduating with a degree in English at Dartmouth College in 1990, Phillips would go on to earn a J.D. from the College of William and Mary’s Marshall Wythe Law School in 1996; an LLM in taxation from Villanova University’s Charles Widger School of Law in 2000; and an MBA in finance from the University of Pennsylvania’s Wharton School of Business in 2010. 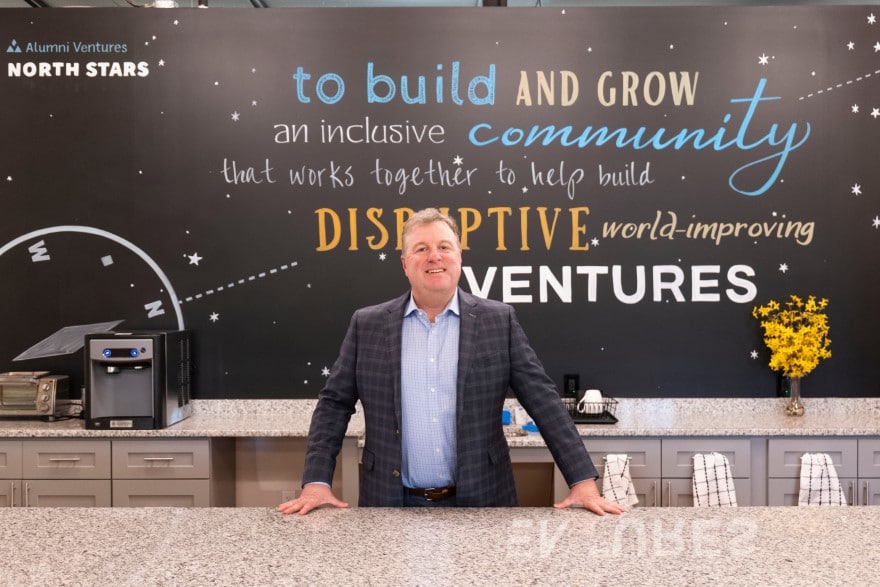 “I realized after years of private practice, I wanted to move in-house, to give practical advice in the real world,” Phillips reflects.

In the years that followed, Phillips became a specialist in the investment management side of the business, handling mutual funds and alternative products, such as hedge funds and private equity funds while marketing them globally. To develop further he studied taxation and became a Chartered Financial Analyst charter-holder.

The work only piqued his interest, prompting him to attend the University of Pennsylvania’s prestigious Wharton School of Business, where he took a deeper dive into the intricacies of finance.

“I found it an exciting challenge to develop investment products,” Phillips says. “By better understanding all areas of the business and working within the confines of regulations, I found new ways of bringing opportunities to investors. I love the challenge.” 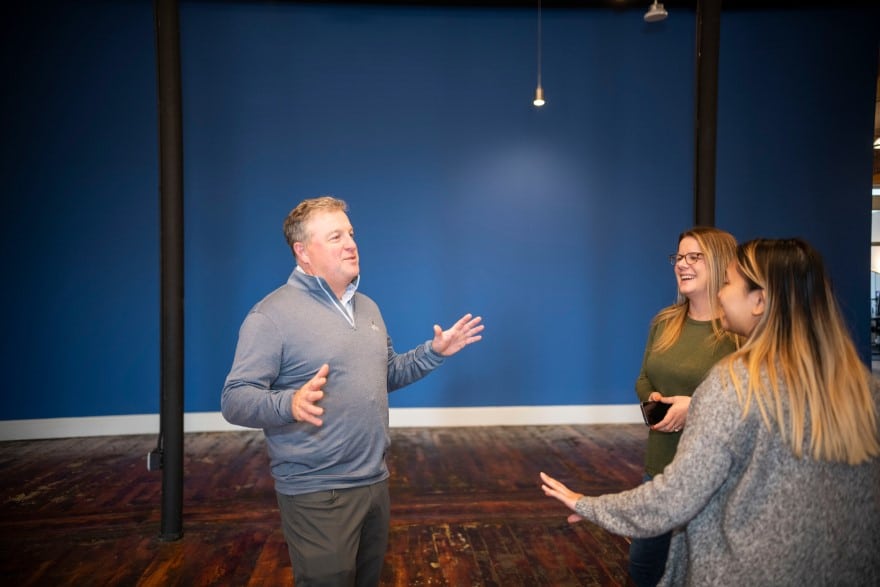 Next, Phillips went to New York, eager to explore the world of global investment. From 2011 to 2017, he served as managing director and associate general counsel at TIAA. That year, Phillips took his first role as a general counsel and chief operating officer at Parker Infrastructure Partners. There, he developed an “infrastructure advisory platform” used to deploy investments. That’s when he got a call from the now-expanded Dartmouth group—where he was subsequently hired in 2020.

“The opportunity to help grow AV from a scrappy startup into a truly world-class operation was too good to pass up.”

While Phillips can’t discuss the firm’s portfolios in too much detail, he is excited about AV’s growth, which includes ambitious expansion plans.

He’s also become an evangelist for AV’s model and its long-term impact. Part of the firm’s goal, Phillips says, is to democratize the traditionally white-male dominated venture capital asset class. To that end, each year, the firm trains over 150 individuals from underrepresented groups.

“We see ourselves as an entrepreneurial success story, and we want to pay that forward in whatever ways we can—either by funding the next generation of businesses or changing the face of the investment field,” Phillips says. “When you have a purpose like that, it really helps foster excitement among your team.” 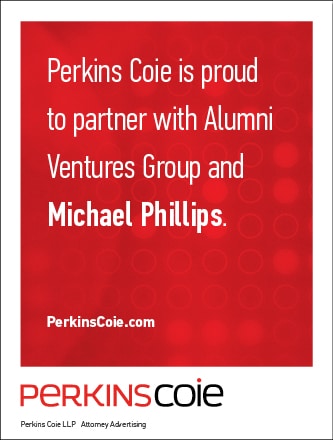 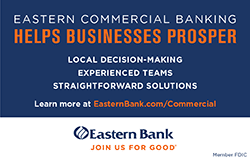