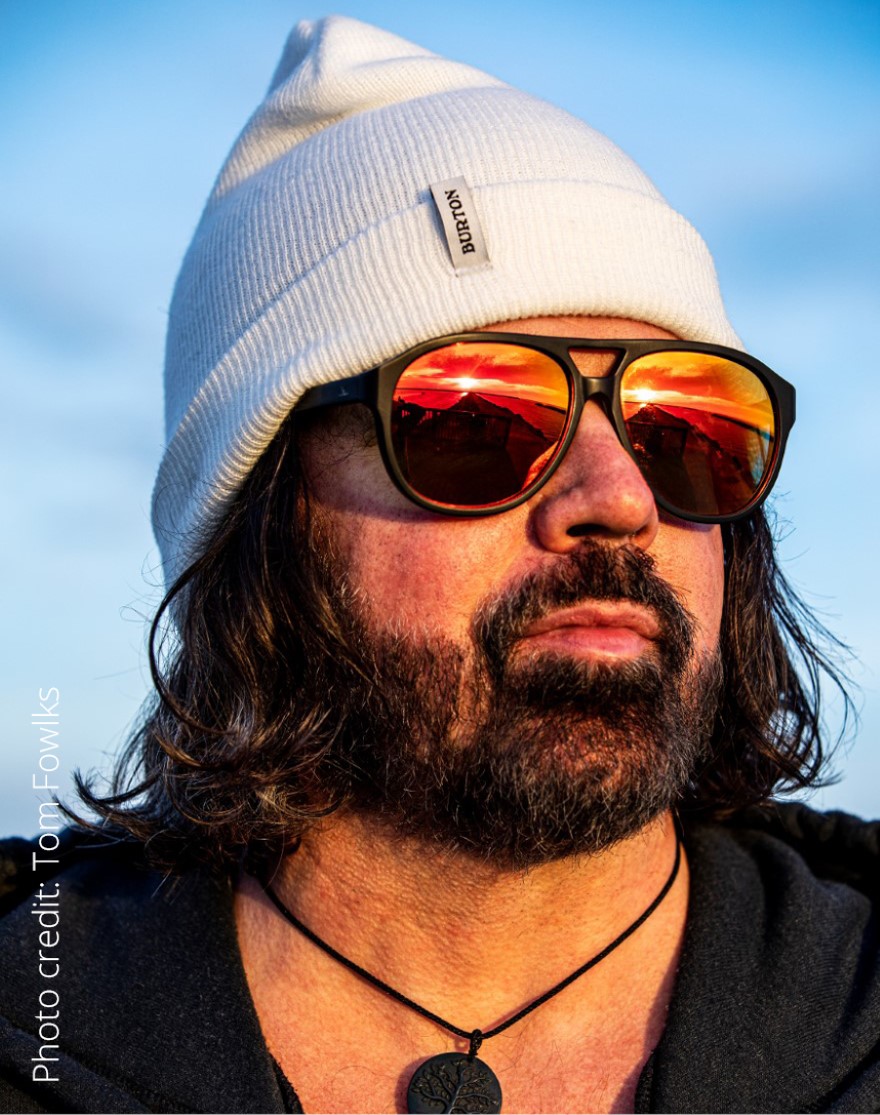 It’s late, you’re hungry and low on gas. So you fill your tank, maybe grab a burrito or a slice of pizza and something to drink and get on with your life.

And if you use your debit card, somewhere on the other side of the planet, a tree gets planted. You may never see the forest where it grows, but if the card comes from Aspiration, you’ve made a green spending choice that’s the essence of the company’s business model.

“We’re the new paradigm of how business should be conducted. You need to be involved and invest in the world,” Mike Shuckerow says. “Everything we offer and provide looks at the impact on climate and sustainability and how we can deliver for clients.”

As the first chief legal officer at Aspiration Partners Inc., Shuckerow protects the company’s abundant intellectual property. He also drafts the agreements to plant trees a world away from company headquarters in Marina del Rey, California.

Drawn to startups like a river to the ocean, Shuckerow says the beauty of Aspiration’s aspirations is not just its desire to do right by the planet and customers. It’s also found in the talent making paradigm change a reality. 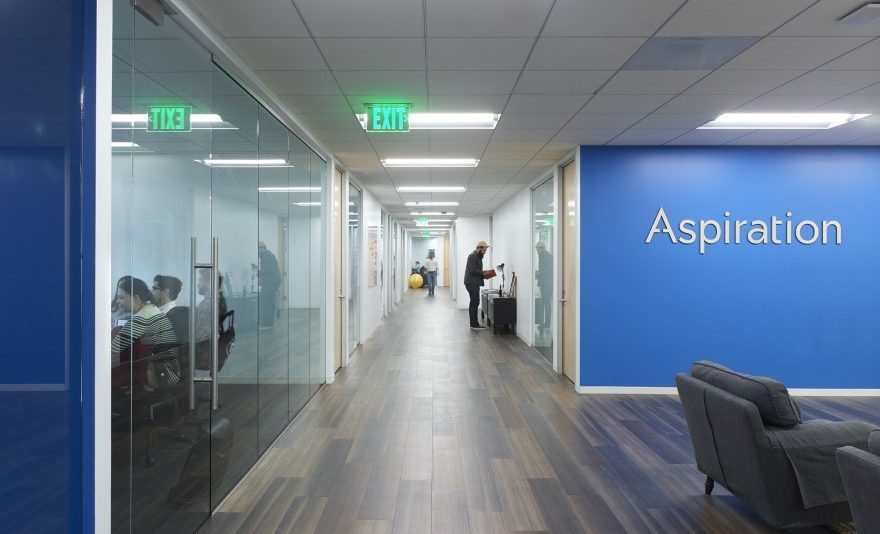 “This is my second full startup,” he says. “We’re first and foremost a digital innovation company on Silicon Beach with a tremendous tech stack, engineers that are top notch, and we have executive leadership and a board that knows they can do good beyond servicing shareholders.”

Founded in 2013 by Andrei Cherny, the youngest White House speechwriter in American history, and entrepreneur Joe Sanberg, Aspiration occupies what Shuckerow terms the “neo-bank challenger space.” Challengers, he explains, are an emerging trend in the financial services industry, operating exclusively online as they position themselves to compete against older, and often larger, financial institutions. 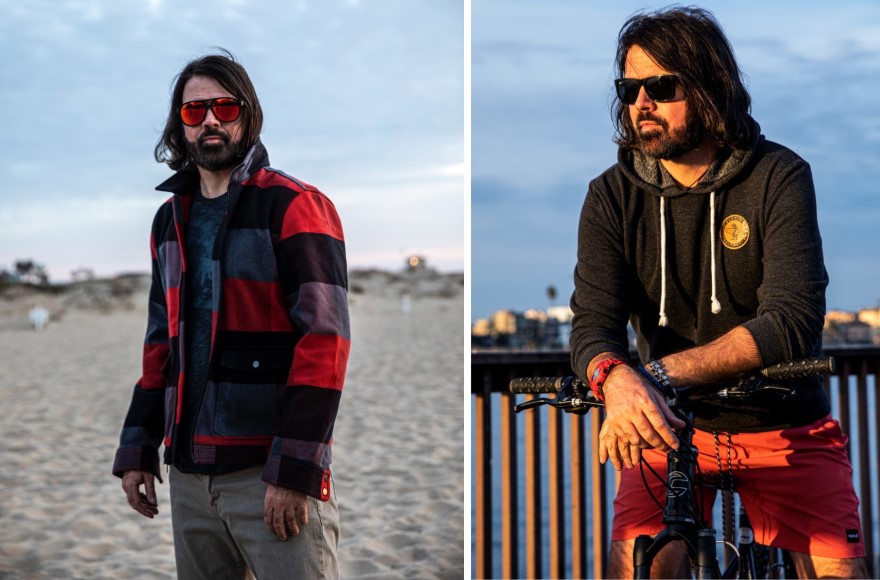 Aspiration is not the only company to add altruism to its business model. Shuckerow points to a competitor he admires—Ellevest, a digital investment platform focused on women investors, founded by former Bank of America and Citigroup executive Sallie Krawcheck—as another firm aligning a mission with private sector capitalism.

As someone you’ll find most days somewhere along the Pacific coast beaches, the debit cards are a point of satisfaction for him, Shuckerow says, because they’re made from ocean-recycled plastic that threatened marine life.

“Within the space, everyone is selling the same widget of a checking or cash management account with a debit card and rewards,” he adds. “But sustainability and caring for the climate is not bolting on—we consider it at the core of every product we build.”

Shuckerow, who looks like what rocker Dave Grohl would’ve if he’d wielded a briefcase instead of drumsticks and a guitar, joined Aspiration in 2019 and guided the company through a third round of fundraising in April that brought $135 million in investment. To date, Aspiration has raised more than $200 million, he notes. 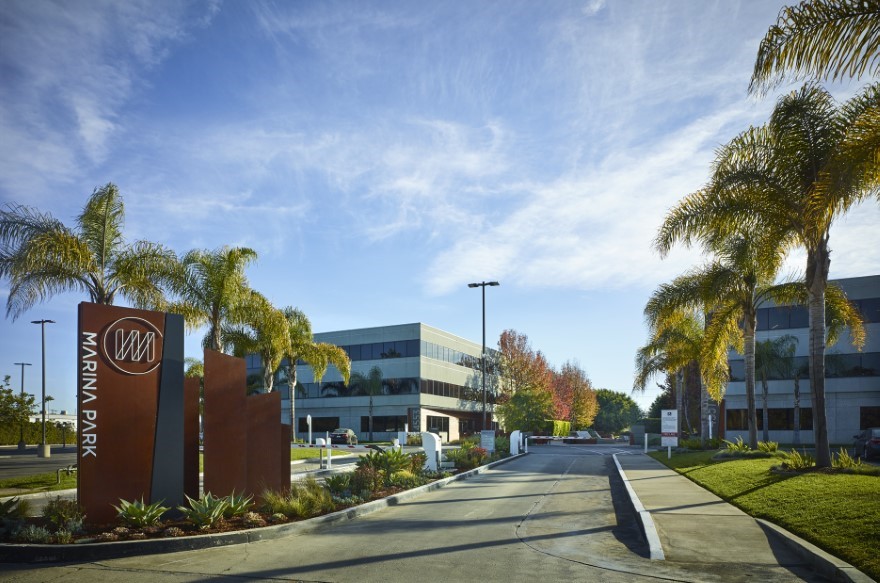 Fundraising is a perpetual process, he says, one where he’s needed to assist the board and executive leadership, while also partnering with top consultants and outside counsel to pilot the process and work through any sudden changes in how the fundraising is modeled.

“It’s never done until it’s done,” Shuckerow states. “Then there’s about a day of celebration, even as people are thinking about the next capital raise.”

He also protects the IP on more than 50 trademarks and a half-dozen patents Aspiration holds that allow members to support a greener planet, including the innovative Plant Your Change program. It’s funded when debit card users round up on their purchases to the next dollar to contribute to the cause—one tree per roundup, no matter if it’s a penny or 99 cents.

Through arrangements with Eden Reforestation, One Tree Planted and the Arbor Day Foundation, Plant Your Change was launched in April, and nearly 3 million trees have been planted so far, Shuckerow says. The goal, for which Aspiration has put ink to paper, is to plant at least 5 billion trees in 20 years, and not just in someone’s yard—unless they live in Kenya, Madagascar, Brazil, Nepal or Honduras, where there has been rampant deforestation. 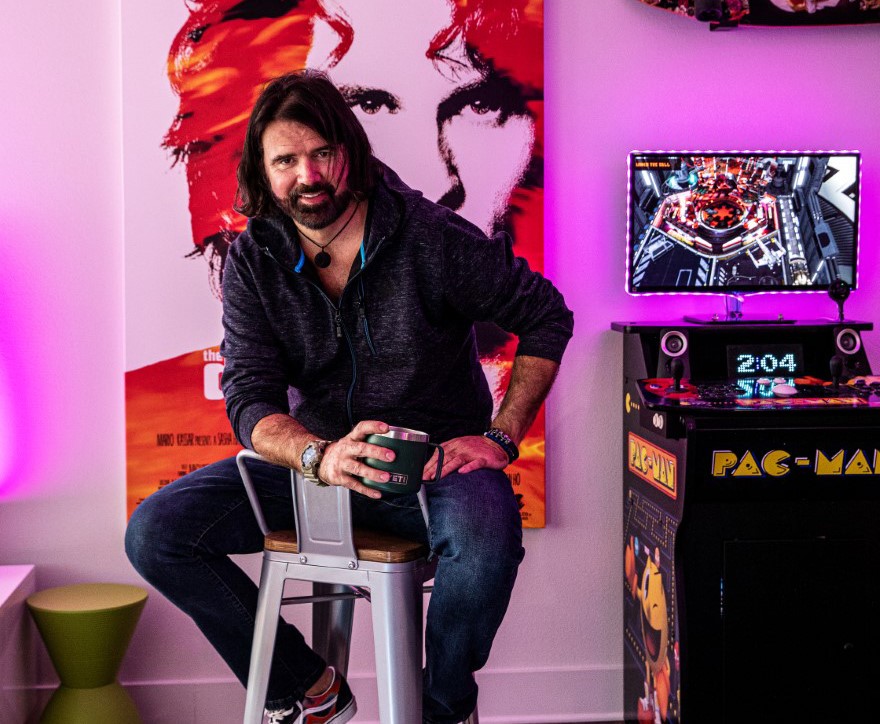 The tree-planting contracts require customized agreements that assure transparency for Aspiration and its members. Anyone who signs up can use the website to track where trees—all indigenous to their regions—are planted.

Aspiration demands inspection rights for the sites, which requires Shuckerow to write unique clauses guaranteeing access, sometimes with the use of drones, to monitor the new forests—not a typical financial services agreement, he notes.

As the trees are planted, Aspiration also helps its members support sustainability by never investing their deposits in fossil fuel projects. Its Planet Protection feature analyzes and tallies the carbon output on debit card gas purchases and the company buys carbon offsets through Cool Effect.

A matter of balance

Rock star style aside, Shuckerow has straddled the concrete of Wall Street and the sandy shores of Southern California in his career.

“I probably look these days like what you might expect to find on the beaches of L.A.’s South Bay,” says the Connecticut native who still spends at least a quarter of the year in Boston’s suburbs, where he has coached Little League baseball and youth basketball.

He’s a graduate of Northeastern University, where he earned a bachelor’s in pre-law in 1995.

Shuckerow then studied law at St. John’s University School of Law, earning his JD in 1998, and he’ll complete the 18-month Harvard Business Analytics Program in January 2021. 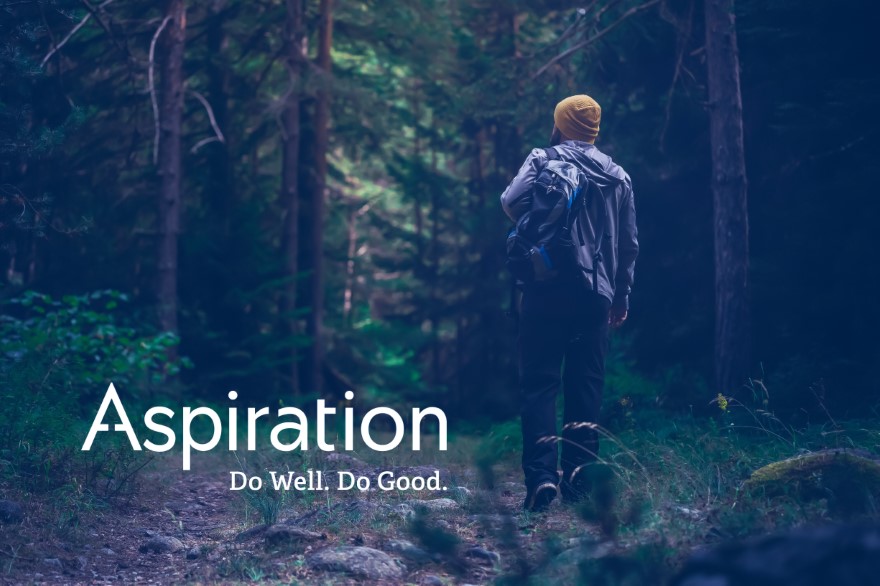 Though his career has all been in-house, Shuckerow has worked for banking giants including UBS, Citigroup and Bank of America. The startup environment suits him, so well, in fact, that he remains part of the advisory board at Vestwell, where he built the legal and compliance departments from seed-stage scratch.

“I am lucky to have a certain skill set I can apply as a company is in hypergrowth and then flip to a new company while still advising the prior one,” Shuckerow says.

Now backed with over $40 million in venture capital from firms such as Goldman Sachs, Vestwell was founded to change planning, saving and investing for a better future in the workplace, Shuckerow explains, adding that the modern tech infrastructure it has built will become the new backbone for the 401(k), 403(b) and IRA industries.

“Mike shared that thought, helping to establish the legal foundation to raise the bar for an industry that needed to change for the better,” he says.

Above all, balance matters for Shuckerow—at the office, at home and no matter where in the U.S. he happens to be. Aspiration helps him achieve it.

“We’re building a better solution to decades-old banking infrastructure and norms that don’t always align with the climate-consciousness we need right now,” he says. “The people succeeding in Aspiration are the ones who come to the table for the mission and recognize there’s also economic opportunity. We have an authentic message in the marketplace.” 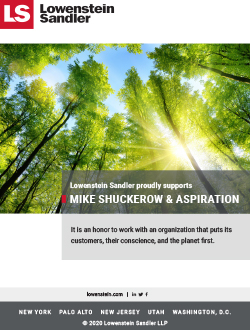