Agriculture’s all in the family

Mike Traxinger’s world went whizzing by him at the age of 13. Sliding across the 4-H showgrounds on his belly, he had a mouthful of dirt and was desperately clinging on to other end of the rope around his prized heifer as she dragged him back to the barn.

The moral of the story, of course, is that when life gets tough, you gotta hang on. Tight. 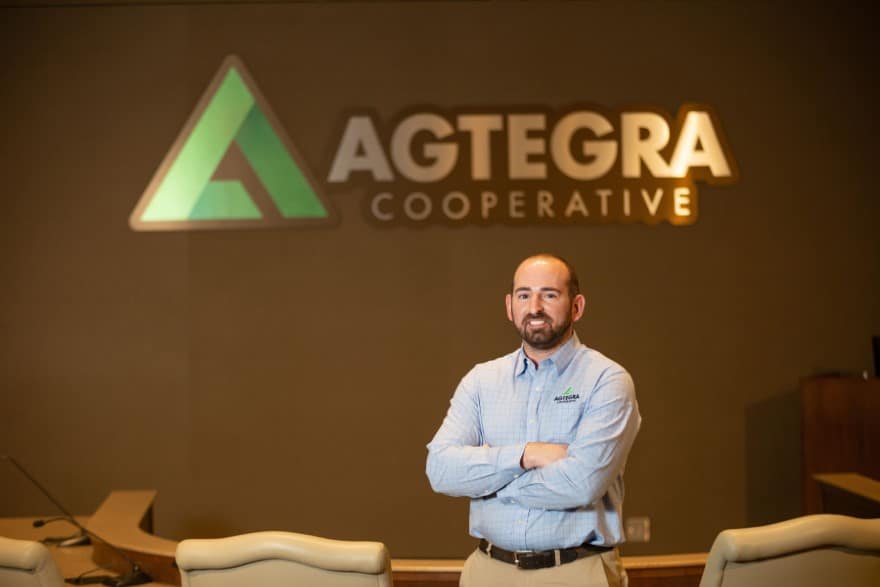 It’s a life lesson this fifth generation South Dakotan farmer brought to his new position as president of the American Agricultural Law Association (AALA) and his job as the first general counsel and director of governmental affairs for Agtegra Cooperative, an agricultural cooperative built by—and for—farmers and ranchers.

Since coming on board in 2014, Traxinger has worked on and completed six mergers and acquisitions—which included new business divisions focused on aerial application, fertilizer manufacturing, feed, fuel, truck and auto centers, and propane—which has allowed Agtegra to expand its product and service offerings to its membership.

“The most rewarding aspect of my work is serving the needs of members I’ve known for my entire life—my friends, neighbors and family. It’s an honor to be able to serve them,” Traxinger says.

One for all, all for one

One of his first mergers, of course, was developing Agtegra Cooperative itself.

Agricultural life in the upper plains can be tough, so a cooperative brings about economic advantage for those working together. Developed in response to needs of farmers and ranchers across the Dakotas, Team Agtegra tackles everything from boosting the buying power of the group for seed and fertilizers, to helping members get the best prices for their grain. It also helps with services such as chemical applications and introducing people to new agricultural technologies. 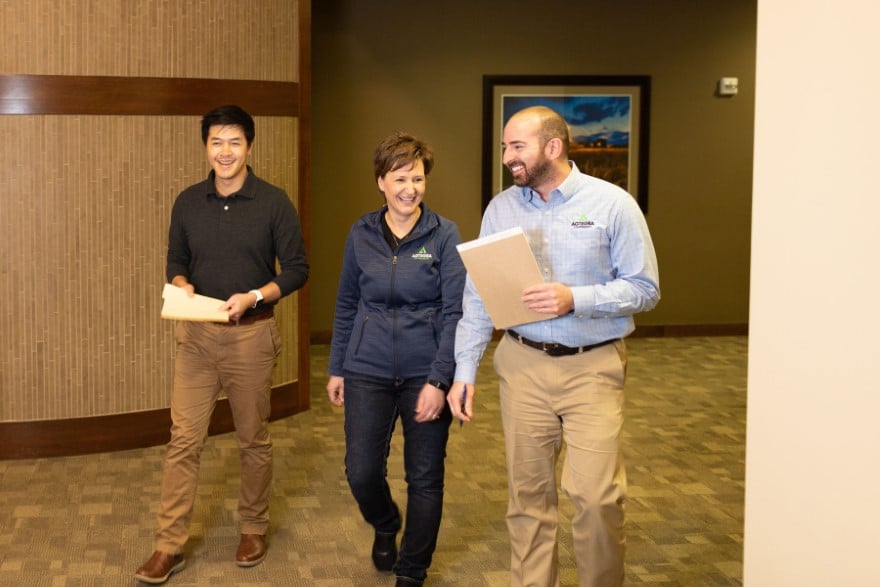 “The benefit of our work is not only to farmers and ranchers, but also to rural Americans in more than 50 rural communities in North and South Dakota,” he says. “The cooperative is locally owned and profits stay in our communities. When the cooperative is successful, it can pay patronage back in the profitable years, distributing cash and equity to our patrons.”

Progress on the plains

On the heels of Agtegra’s development, other acquisitions for Traxinger were soon to follow.

Another acquisition, North Star Energy, followed in July of 2019, allowing Agtegra to offer propane to members. Agtegra owned a third of the business beforehand, but acquired the other shares over the summer. It was a well-timed move, Traxinger says, given the record moisture received this year. Farmers use propane to power the grain dryers used to get wet corn to the optimal moisture level. 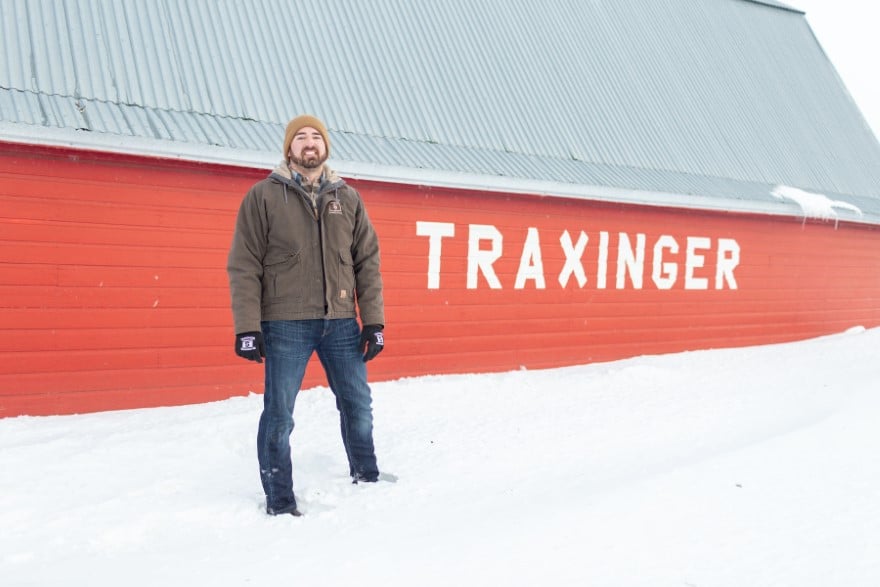 “Last season was challenging with so much snow and rain. Farmers were not able to get into the field when they wanted to and the crops had high moisture levels,” he says. “Last year in 2019 was an extremely challenging year for agriculture.”

A variety of factors drive mergers and acquisitions.

Often, cooperatives that are financially distressed approach Agtegra’s board with a request to merge. Other mergers are heartening and speak to the resilience of those who band together—such as increasing the members’ purchasing power—that can be of benefit to all.

“We’re always looking to improve and strengthen the cooperative for our members. There’s a value in coming together and maintaining the local cooperative model, to keep profits local and in the hands of our members and patrons,” Traxinger says. “Some things just make sense financially and support rural America.”

Voice of the farmer and rancher

Seeking solutions through the channel of public service was a seed planted long ago for Traxinger.

Even before law school he developed an interest in working on public policy. Agriculture, of course, was a topic close to his heart. 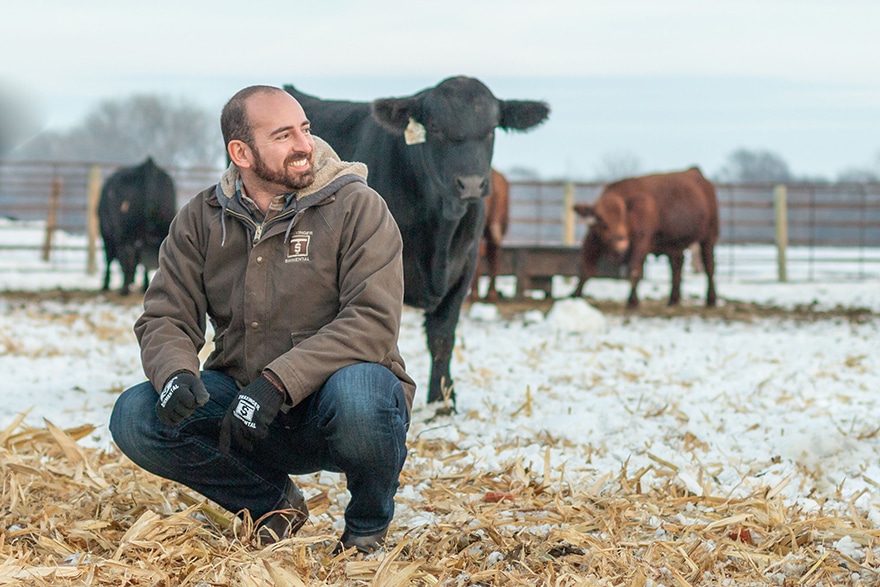 “I wanted to help my family and neighbors and make a difference on farm policy to positively impact farmers and ranchers,” he says, commenting that his father Mike L. Traxinger and other family members are Agtegra members.

While his role is more legal than policy focused, he’s been an agricultural leader in other ways. In November of 2019, he became president of AALA on its 40th anniversary at the annual symposium in Washington, D.C.

In his role, Traxinger is encouraging agricultural attorneys to network, share ideas and learn from each other to be better counselors for their farm and ranch clients. Educational initiatives will be a major push for AALA in 2020, including free monthly webinars on hot topics in agricultural law. AALA is also planning its 41st annual educational symposium in Kansas City in 2020.

“No question, it’s a challenging time to be in agriculture: commodity markets are depressed, trade wars are taking place and extreme weather conditions are putting an overwhelming stress on rural America right now. As agricultural attorneys, we need to be aware of how these issues impact our clients and how best we can support and represent them,” Traxinger says.

Throughout his life, Traxinger has balanced his passion for farming with his education, earning a dual bachelor’s degree in political science and journalism with a minor in animal science from the University of Minnesota in 2007. Later he added an agricultural law degree from Drake University Law School in 2012.

Everything he does, he says, is to support farmers and ranchers like his own parents and family—who have farmed and lived on the same homestead in South Dakota since 1946. 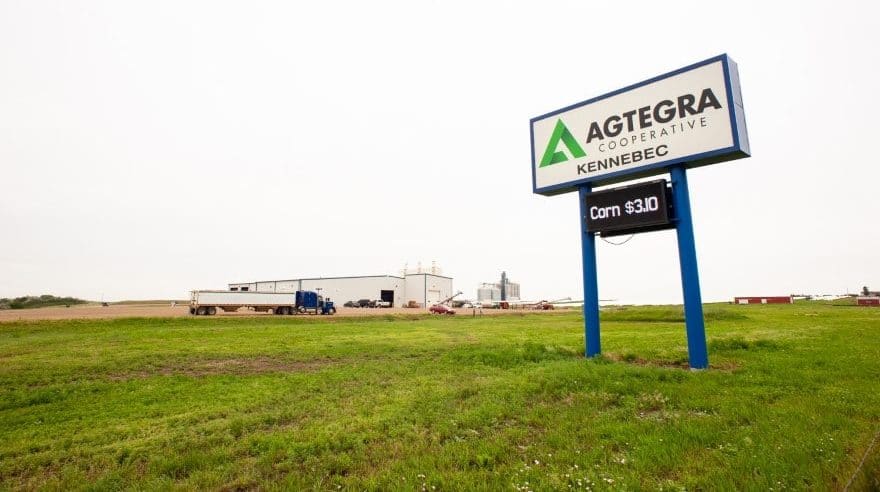 Despite all his “lawyering” he still carves out time each week to do chores on the farm where the Traxingers raise registered Simmental cattle and grow corn and soybeans in the James River Valley. He says it’s his mission to support his family, community and Agtegra with its 900-plus employees and more than 6,300 members.

“This has been our entire life since my family came here from Germany in the late 1880s and homesteaded in north central South Dakota,” he says. “To be able to help people and approach each situation with openness and integrity is the one goal I hope to achieve every day.” 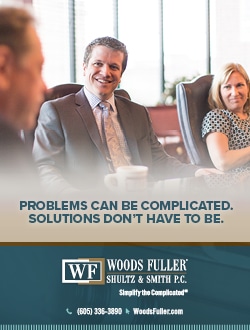