No watering down his worth ethic

He heard it from a professor of sports law while an undergrad at the State University of New York, College at Cortland. Just some simple advice that didn’t need to be embellished with any pretentious Latin.

“When the door to opportunity opens, you must walk through it,” young Mike Zitelli was advised not that many years ago.

All things being equal—which they almost never are—the sports fanatic might have preferred for that door to lead to a position within the National Football League or Major League Baseball. But here Zitelli was in 2013, just a couple of years out of St. John’s University School of Law, handling corporate matters for Reed Smith LLP when he was called upon almost by default to be de facto point man for the Scottish distiller Edrington as it sought to establish a U.S. base in New York City. 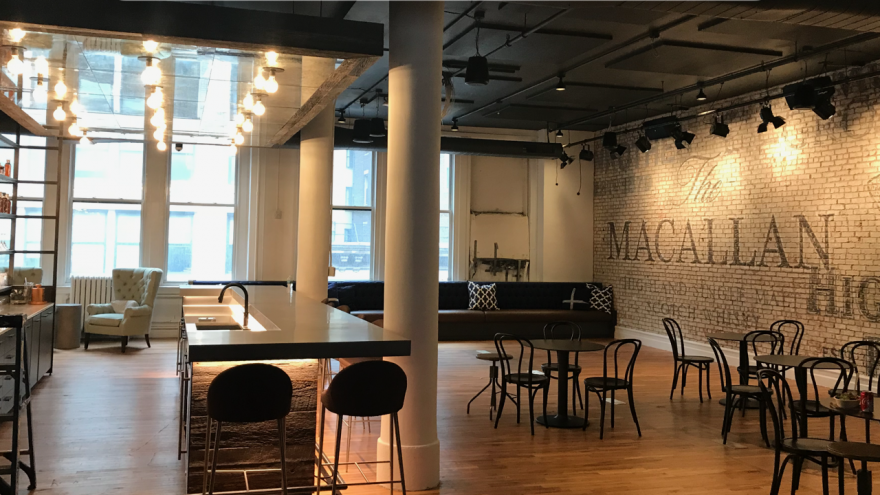 The opportunity of his young life, it turned out to be, for Edrington had tapped into Reed Smith’s expertise years earlier while expanding its Asian operations and now was looking west, which was a whole different game. No matter that Zitelli wasn’t up to speed on all the rules and regulations of the U.S. liquor industry—without a primer, almost no one is (more on that later). He simply immersed himself in the necessary details for setting up the corporate apparatus for his clients from Glasgow, spending what turned out to be almost six months working exclusively on Edrington matters and taking a liking to The Macallan, one of the company’s leading single malts.

By April 2014, the new entity of Edrington Americas went live with all pieces in place, save for in-house counsel. A couple of months later, when the distiller committed to such a need, it was an easy decision to bring in Zitelli on a permanent basis, and within a year he was in charge of all matters legal in the U.S., Canada and Latin America, as well as the Americas Travel Retail division.

That had to make Zitelli the envy of former St. John’s classmates scrambling to solicit the 2,000 billable hours many firms so mercilessly require of their associates. He won’t deny there was luck involved in landing such a prestigious position, but what’s luck if not the convergence of aptitude and opportunity.

“I guess you could say the stars aligned just right for me to make the move in-house so early on in my career,” Zitelli tells Vanguard. “But it was an opportunity I grasped by the horns and wasn’t about to let go.”

So the ambitious Zitelli has a way of mixing metaphors, but in plain English he pretty much made his own breaks.

Though Reed Smith is a global operation, Zitelli’s time there coincided with critical positions going unfilled, which in itself spelled opportunity—at least for one willing to do work above one’s pay grade.

“Although we had billion dollar deals pending, we had a lean corporate group which enabled me to get a level of experience and take on responsibilities beyond my years as a second and third-year associate,” he recalls.

“I was doing work parallel to that of a fifth- or sixth-level associate, and that springboarded me into opportunities to be able to succeed in an in-house role, that were coupled with Edrington’s expansion plans.”

And with the support of his wife Jacklyn, who obtained a law degree from St. John’s alongside Zitelli, he embraced the opportunity and hasn’t looked back.

Not by Scotch alone

An in-house role is to Zitelli’s liking, it entailing responsibilities extending across many areas of a business rather than narrow specialization. Then there’s the chance to see the results of one’s work and to be part of an expanding mission.

“When I joined Edrington in the U.S. it had a start-up feel to it, as the focus was really on building an organization; however, it did not carry with it the inherent risks associated with usual start-up atmosphere,” Zitelli says, explaining that the distiller’s brands—The Macallan, The Famous Grouse, Cutty Sark, Highland Park, and Brugal—already had enthusiastic followings from years of third-party importation and distribution. 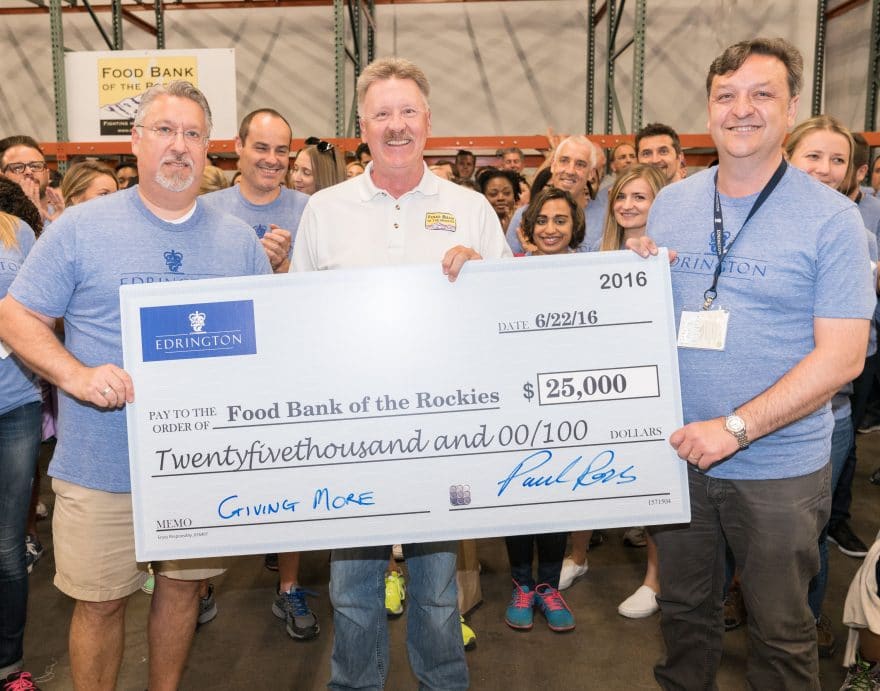 Sophisticated followings too, he adds, mentioning these are spirits to savor, not to binge on. Same goes for the expanded portfolio which also is couched in a luxury and premium platform.

“We’re now in what we refer to as the next evolution of Edrington Americas, experiencing very aggressive growth and business expansion,” he says. “We’re continuing to build the presence and impact of our brands, while also looking to expand the portfolio through strategic initiatives with other brands that embody our same ideals and standards of quality.”

Indeed, since opening its New York office, the distiller, made famous by its Scotch whiskeys, has been venturing into other spirits, with Zitelli playing an integral role in business development and assessment of potential targets—the most recent example being the strategic partnership between Edrington and Tequila Partida.

It’s at least as much a business role as it is legal, he tells Vanguard. Having just returned from Mexico after meeting with the local Partida team, Zitelli takes pride in his role in making this deal come to fruition and the success of the relationship—now a year old—embodying one of his proclaimed quests, to add value beyond the law.

Of course, legal diligence remains of the utmost importance, and Zitelli had to familiarize himself with a hodgepodge of state and federal laws, some rooted in antiquated Prohibition-era rules. And that’s far more challenging than memorizing batting averages or yards per passing attempt, reminds the man who once interned with a New York Mets farm team and clerked for the NFL’s Management Council.

“We’ve got over 99,000 liquor laws across 50 states, Canada and Latin America—and one in-house lawyer here,” muses Zitelli, whose legal team consists of him, a compliance manager and a paralegal.

Zitelli values relationships he’s built with his network of external lawyers, including the likes of Ryan Malkin of Malkin Law, who has become almost an extension of Edrington’s legal team.

Despite the regulatory challenges, Zitelli doesn’t regret applying his legal skills toward the liquor industry instead of sports. Similarities abound, he says, explaining that it’s hard to get a foothold in either industry but once in, rare are those who want to leave such a familial atmosphere.

And Edrington Americas is becoming an even more attractive place to build a career, its new Big Apple headquarters augmented by offices in Miami, Chicago, Dallas and Orange County. A company committed to “Giving More” and owned by a charitable trust, Edrington gives employees days off for charitable work and double-matches funds raised by employees for such causes.

“I feel extremely fortunate to be able to come to work every day and work alongside people who share a common goal of driving the business forward in an environment filled with both passion and fun,” he says.

The responsibilities may be increasing, but there’s an opportunity behind each.

And while Zitelli will not be walking his 1-year old son Treyden into the Yankees’ front office, he’s just as enthusiastic about sharing a dram of rare Macallan scotch with him—in about 20 years’ time, of course. 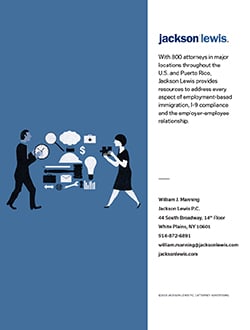 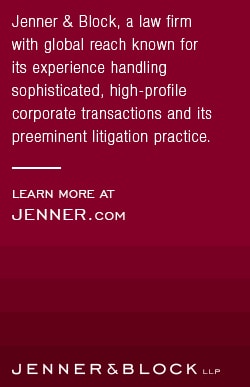 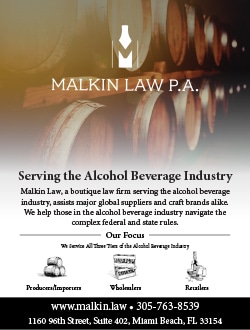 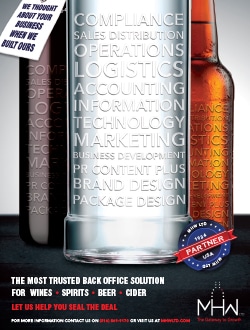