While Miri Miller could have simply stuck to her job description at dentsu International, she knew she had the resources—and desire—to do more.

In 2017, the deputy general counsel started a pro bono channel at the global advertising and marketing solutions network. Since then, dentsu attorneys around the world have partnered with law firms and nonprofits to take on cases relating to contracts, employment, compliance, intellectual property, privacy, immigration and corporate law.

After taking on over 40 pro bono cases in the first year, the company was recognized for having the best in-house legal team of 2019 by TrustLaw, an initiative of the Thomson Reuters Foundation. Miller, who’s based in dentsu’s New York City office, appreciates the recognition, but says the work is the true reward. 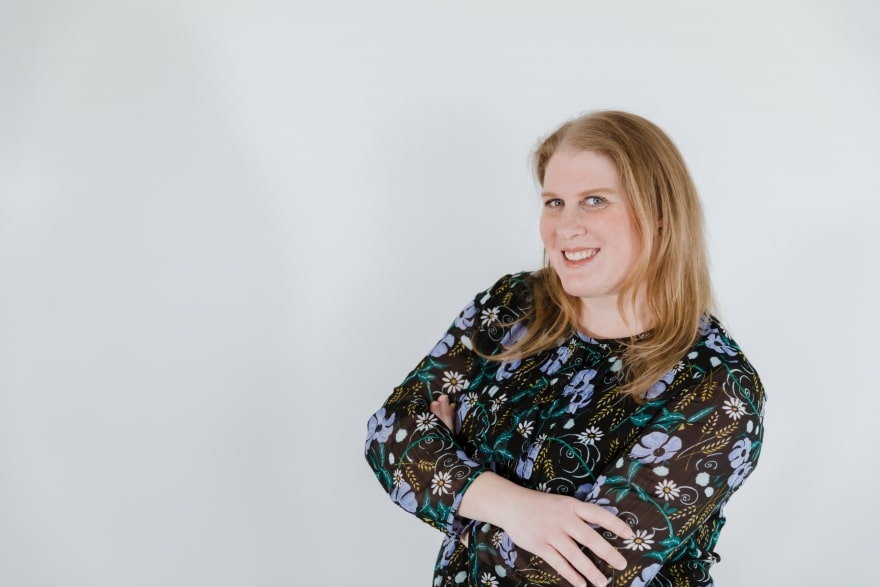 Since 2017, she’s been working on an immigration law case for a young client from Honduras who’s seeking the legal right to stay in the U.S. In 2021, the client was granted special immigrant juvenile status and Miller is now helping him get a visa. Simultaneously, she’s working to dismiss his ongoing deportation case and stop his removal proceedings.

In her nearly five years on the case, Miller has seen the client learn to speak English fluently and graduate high school. Now he’s planning to go to college.

“It’s incredible to see how far he’s come and how much he can achieve when he feels secure and supported,” she says. “This is the most impactful pro bono matter I’ve ever worked on, but it’s only one case. There are so many more people in similar situations who need help.”

When Miller had the idea to start a pro bono channel at dentsu, she says the regional and global general counsels quickly approved and encouraged the project.

She worked with the Pro Bono Institute in Washington, D.C., to develop the channel and identify resources to support it. She spoke with other dentsu lawyers, as well, to see what types of work they were interested in. Then, she started developing relationships with law firms who could connect them to cases. 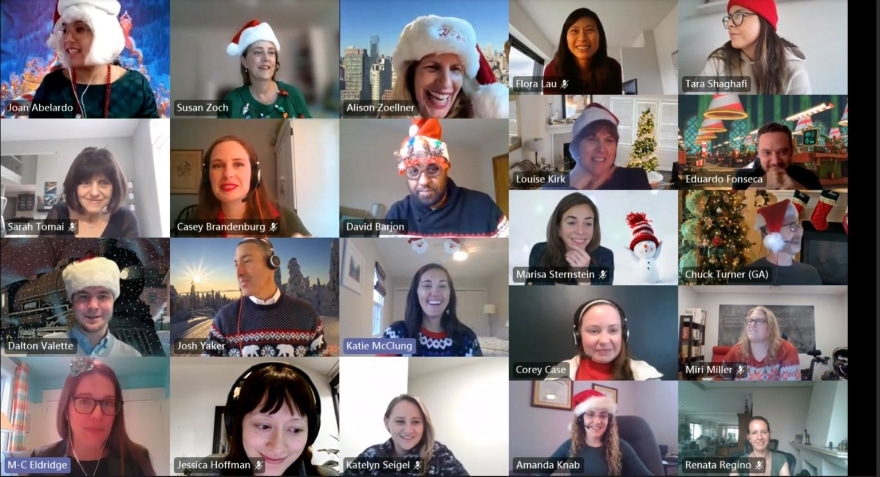 This included Sheppard Mullin, a global firm that works with Kids in Need of Defense, a nonprofit that pairs unaccompanied minors with pro bono lawyers who can help them apply for the legal right to stay in the U.S. Sheppard Mullin organized a training for dentsu lawyers and offered to partner on cases—that’s how Miller met the minor from Honduras. She says the case has taught her a lot about immigration law, which has required “many, many hours” of reading and studying.

“I’ve been practicing law for 17 years and it’s taken so much work to learn how to advocate for my client,” she says. “It boggles the mind that we expect immigrants, some of whom have few resources or don’t speak English, to represent themselves in immigration court.”

After partnering with Dan Brown, a pro bono lawyer at Sheppard Mullin, to educate dentsu employees on the “access to justice gap” and how non-lawyers can help, Miller saw an opportunity.

“Dentsu is a global media and communications firm, so if people are having a hard time understanding their rights, we should be able to help,” she says.

The company has since worked with Pro Bono Net’s National Disaster Legal Aid Resource Center to make ad campaigns targeted at survivors of natural disasters who may not know what pro bono and self-help legal resources are available to them. Dentsu’s production house, The Story Lab, is also making a documentary featuring the Active Bystandership for Law Enforcement Project, an organization that trains police officers to intervene and prevent fellow officers from causing harm. 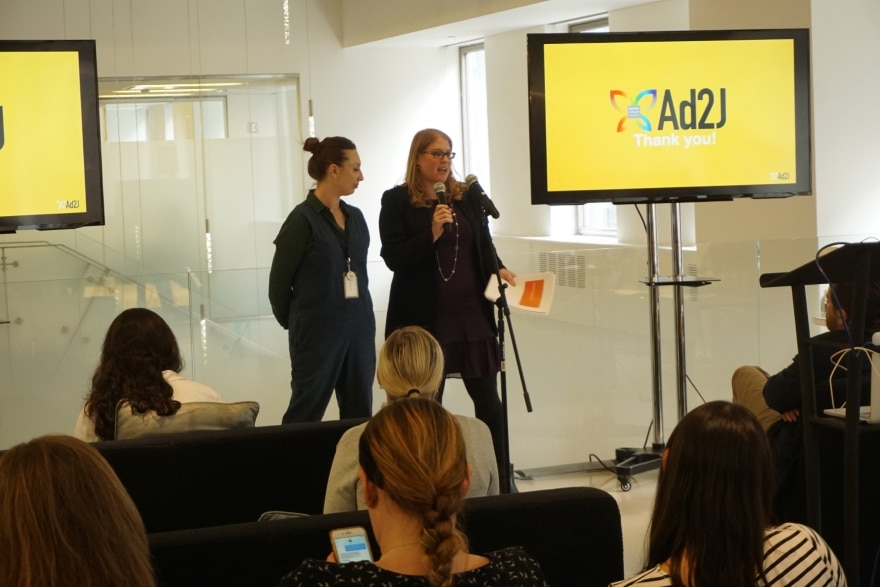 The project was started by Georgetown Law and Sheppard Mullin. Miller serves on the organization’s corporate advisory board, which works to garner more corporate support for the project. She says the documentary is expected to be completed by the end of the year and be available on a major streaming platform.

“It’s exciting that dentsu is helping to tell the story of the ABLE Project,” she says. “When I first heard about the program, I knew it was something that could change the country and the way police departments operate within communities.”

Miller often works with dentsu’s diversity, equity and inclusion team, and the legal department was named one of Leadership Council on Legal Diversity’s “Top Performers of 2021.”

She’s been a big proponent of creating policies that allow for greater work/life balance, particularly flexibility for working parents, which has been especially important to her since becoming the mother to twin girls in 2019. Her commitment to helping other employees, as well as to her work, led to her being named a 2022 Working Mother of the Year by She Runs It after being nominated by her colleagues.

“I am completely humbled by this award,” Miller says. “It feels like a recognition of how I try to bring my whole self to work.”

In addition to her pro bono work, she provides legal advice on digital advertising, media planning and buying, marketing analytics and more. She was promoted to deputy general counsel for the Americas in July 2020 after joining dentsu in 2013 as associate general counsel.

Prior to dentsu, she was a senior counsel at Activision, a global video games producer, and associate general counsel at The Beanstalk Group, a marketing agency based in New York. She says she likes working in media, and especially at dentsu, because of the complexity of the work and her ability to be a partner to the business.

“The media industry evolves very quickly, which puts us in the forefront of navigating gray areas and helping clients make the best decisions,” Miller says. “I didn’t go to law school to give black and white answers. As a lawyer, I like when things are always changing.” 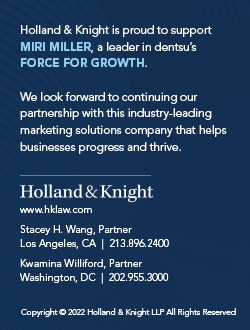