Going by life sciences and the law

Whatever the company, any new hire is well-advised to hit the ground running. That first impression can be a lasting one, and if so, Thomas Lynch must have endeared himself from the get-go to the team at Orexigen Therapeutics Inc.

Just three days into his job as general counsel of the growing biopharmaceutical company in La Jolla, California, Lynch, also the company’s secretary, was sitting in his first board meeting in late 2015 when told that Orexigen wanted to regain sole rights to its flagship prescription weight-loss medication, Contrave®. 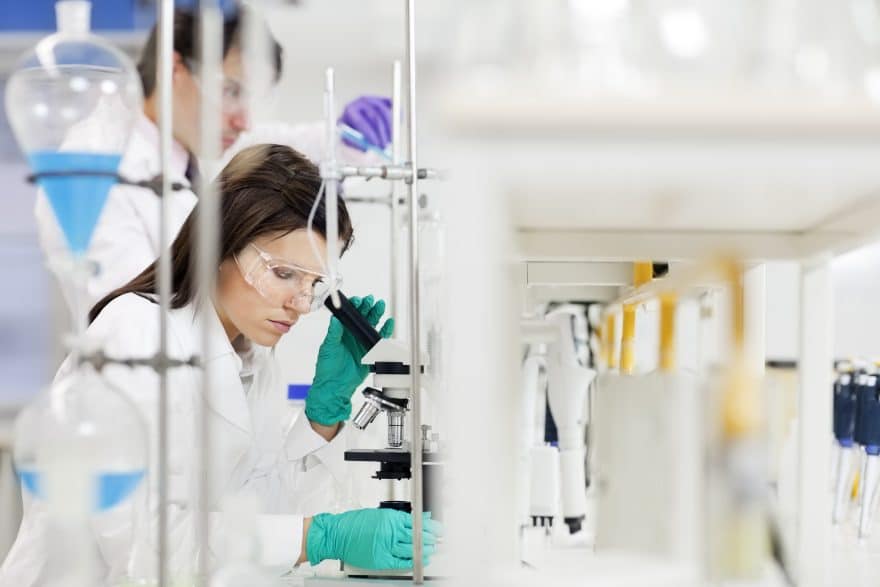 Orexigen and its commercial partner had secured the Food and Drug Administration’s approval the previous year and, within its first year after launch, Contrave had become the number-one branded prescription weight-loss product in the U.S. with a 41 percent market share. In March 2015, the drug had also garnered approval for marketing in the European Union under the name MysimbaTM.

“So that was my first assignment, on my third day at work: Negotiate a deal with our partner to buy back the rights to the drug,” remembers Lynch. “At the same time, we needed financing to support the buildout of our commercial operations.”

Having honed his enterprising creds as an in-house lawyer at two other companies involved in the life sciences, Lynch was able to hammer out an agreement with Takeda in March 2016, and support the team’s efforts to successfully obtain financing.

Besides contributing to the organization in business development, Lynch has added human resources to his responsibilities.

Lynch isn’t complaining; business law was always the first choice for the 1996 Boston College law grad. The more it entails, the better.

“At other companies, one might not have as much opportunity to be so involved as at Orexigen,” he says. “It is one of the strengths of our organization. We hire talented individuals and give them the opportunity to develop and contribute in many ways.”

Not by willpower alone

Even as the world becomes more enlightened about some diseases, the misperception is still widespread that an overweight person need just eat less and move more. Research shows it can be far from that simple, as the same brain chemistry that can make one crave alcohol, tobacco and drugs can do the same for tasty, high-calorie foods such as ice cream, french fries and pizza.

Though not a doctor, Lynch comes from a medical family—his father, a physician, his mother, a nurse, three of his seven siblings, health-care professionals, and his wife, a nurse—and speaks with authority on subjects in which he’s become very informed.

One area of the brain, the hypothalamus, controls the hunger sensation, Lynch explains, while another part, the mesolimbic reward pathway, is wired for cravings. While diet and exercise are a key component for weight loss, these parts of the brain may be working against those efforts. That is why Orexigen and weight-loss experts know that the struggle to lose weight is not just about willpower; a patient’s brain, without any intervention,  may be making dieting and weight loss that much harder.

Unlike diet pills of another era that included ingredients found in amphetamines, Contrave is composed of the reuptake inhibitor bupropion and the opioid antagonist naltrexone. 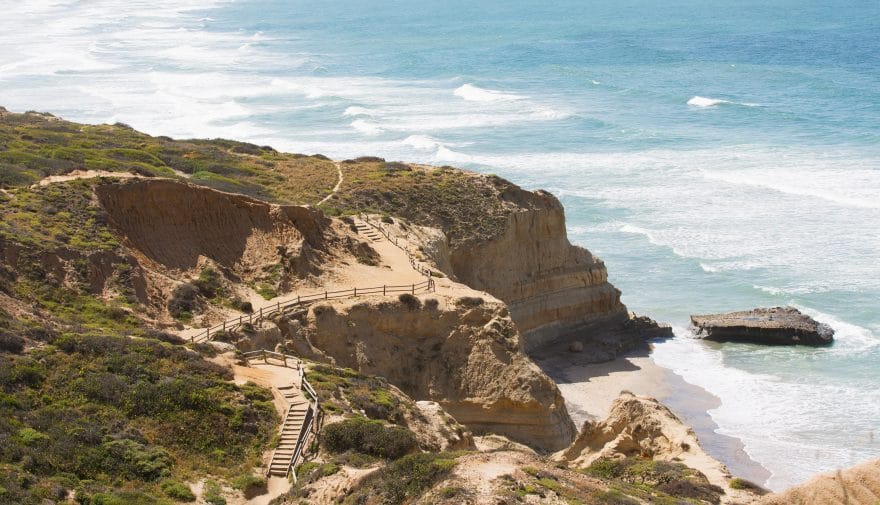 While the neurochemical effects of Contrave are not fully understood, research has demonstrated that the combination of the two drugs can help neutralize what researchers refer to as the central nervous system’s reward pathway that causes cravings.

“Contrave is not for every patient, and physicians and patients should refer to the product’s prescribing information before starting on the drug,” Lynch reminds.

Contrave alone won’t cause one to shed weight, Lynch emphasizes, but used as directed and with appropriate lifestyle changes, it can be a part of the solution for the one in three Americans struggling to shed pounds.

“Our campaign informs patients that there are parts of your brain that are working against you and making it harder to lose weight,” he says. “Weight loss can be a complex issue, but Contrave can be part of the answer.”

With the rights to Contrave again in Orexigen’s control, the team focused on strengthening the company’s commercial operations. The complexities of the pharmaceutical industry are many, with national and international regulatory compliance that allows no cutting of corners, and limits on how companies can market their meds with doctors who write prescriptions.

The Orexigen team worked together to carefully evaluate requirements and risks at each step in building effective, efficient and compliant operations and programs.

“We’re proud that we were able to do in six months what we were told could take between nine and 12,” Lynch says, giving much credit to his legal, compliance and HR staff of 10, as well as to the many other Orexigen departments. “It’s a remarkable story of how a company with a clear mission, strong execution excellence, and hard-working, collaborative team members can achieve great results.”

A consumer-activation campaign was initiated last December, with TV ads, digital marketing and online support services for patients. As part of the campaign, Orexigen launched a solution to provide patients with access to a telemedicine consult. Initially launched in two states, the telemedicine solution is now available in most states.

Patients can also have Contrave delivered directly to their home through Orexigen’s home delivery partner. Lynch sees the telemedicine and home delivery solutions as examples of Orexigen’s commitment to innovation and enhancing patients’ experience and access.

“The greatest satisfaction I’ve gotten in all my roles comes from making sure I’m helping to make healthy solutions available for patients while delivering value to all stakeholders,” says Lynch, who came to Orexigen after a little over three years with Novartis, where his duties took him and his family to the company’s Swiss headquarters.

Living in Switzerland and working in a global role was quite an educational experience, both professionally and personally, he remembers, with Novartis being one of the world’s dominant pharmaceutical companies and the opportunities he had to interact with industry lawyers and business partners worldwide.

Prior to Novartis, Lynch spent almost a decade in Minnesota with Boston Scientific, a leading medical device manufacturer. He practiced corporate law for six years at the Twin Cities firm of Dorsey & Whitney LLP, after four years teaching high school in California and Minnesota. 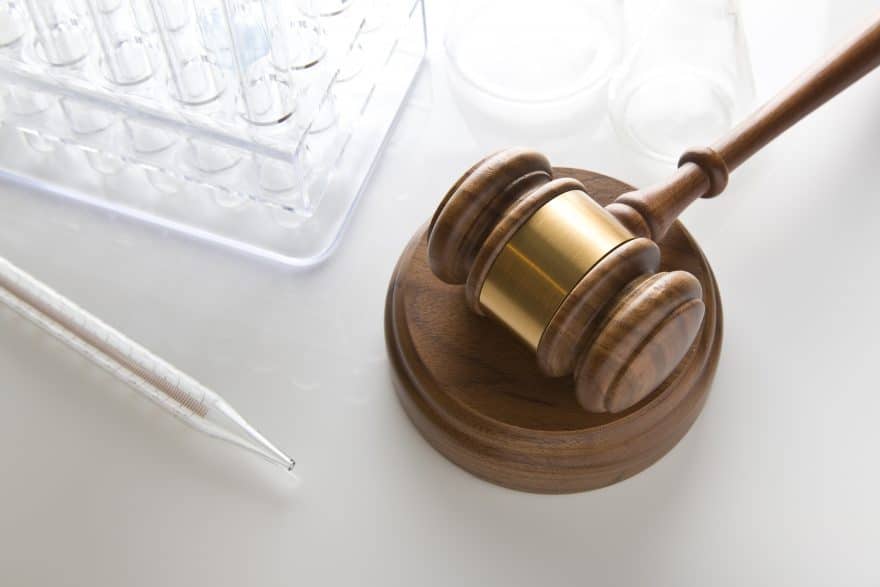 “I have been blessed throughout my professional life with managers and mentors at each stage who have taken the time to coach, train and guide me,” says Lynch. “At every organization, I have worked with colleagues who are highly collaborative, true team players and always willing to offer advice.”

All of these experiences and support are coming in handy at Orexigen, which seems poised for continued growth as patients struggling to lose weight choose Contrave.

“Last year was a year of transformational progress,” he says. “We built a fully operational commercial infrastructure and launched an impactful, broadly integrated patient campaign, including direct-to-consumer advertising. With an established platform to drive growth, and an unwavering commitment to our mission, we are excited for what’s to come.”

It’s the same excitement that Lynch showed when he hit the ground running a couple years ago. He hasn’t lost a step. 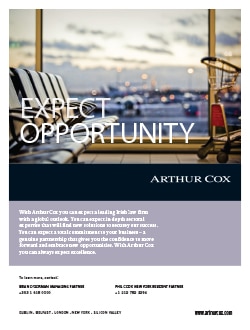 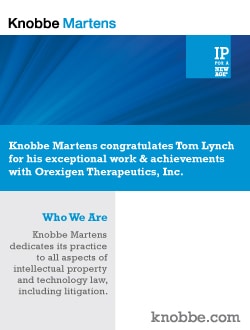 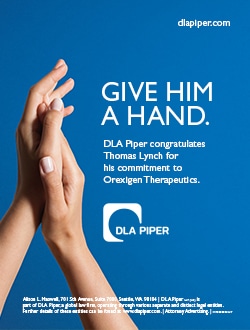