Paula Beck believes everyone deserves a safe, warm place to live. Better yet if it’s affordable.

As senior vice president and general counsel for Minnesota-based Sherman Associates, she leads acquisition and financing for housing projects. The real estate development company has developed over 11,700 multifamily units throughout the Midwest and Colorado and owns and manages over 6,600 luxury and affordable housing units. It also owns and manages commercial buildings, including four hotels and three Starbucks locations.

“Growing up, I always knew where I would sleep at night, so it feels good to provide that for other people,” she says. 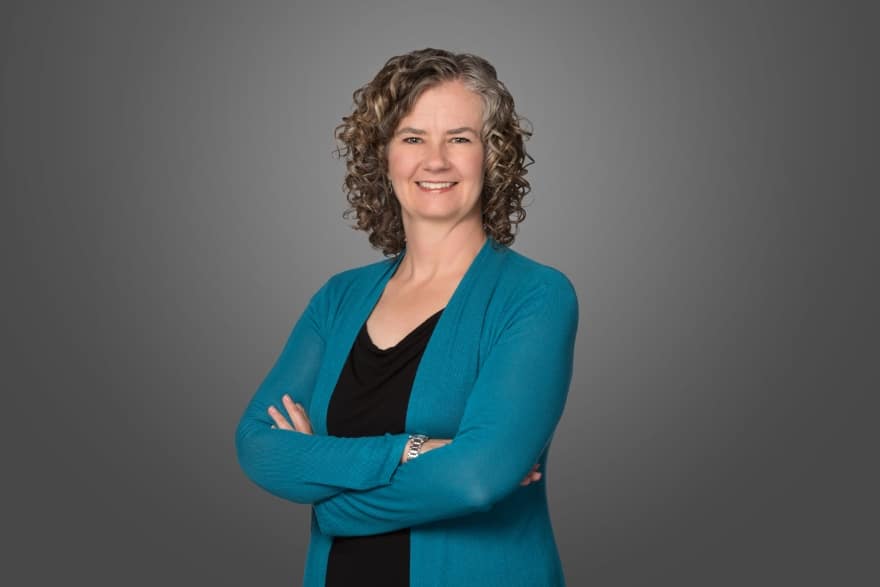 Beck, who entered real estate law to work on affordable housing projects, is proud of two buildings that recently opened in St. Paul. One, named Verdant, is an 82-unit income-restricted property that was developed through tax increment financing generated by the other building, The Scenic, a 171-unit luxury property.

According to Beck, such TIF financing can only be used for affordable housing projects, so in coordination with the city, she structured the financing as a loan from The Scenic to Verdant. She worked with outside counsel to review all loan, TIF and city documents to ensure they were all on the same timeline so the projects could close together. This allowed Sherman Associates to coordinate construction costs and save money.

“We tend to develop more than one project at a time, but in this case, we couldn’t have done Verdant without The Scenic,” Beck says. “It wouldn’t have been financially feasible without the TIF.”

Beck says it’s been rewarding to see the two buildings open after having been in the works for five years. She’s since been able to replicate the TIF loan structure on two other projects—one in downtown Minneapolis and another in one of the city’s suburbs.

With Verdant, she also secured an environmental grant, which offset the cost of construction. It was built with a “Passive House design,” meaning it’s not heated or cooled with mechanical systems. Instead, Verdant was built with high-performance, triple pane windows; a continuous layer of insulation around the building envelope, which keeps it airtight; no thermal bridge; and a heat-and-energy-recovery ventilation system. The building is 90 percent more efficient than a standard building. 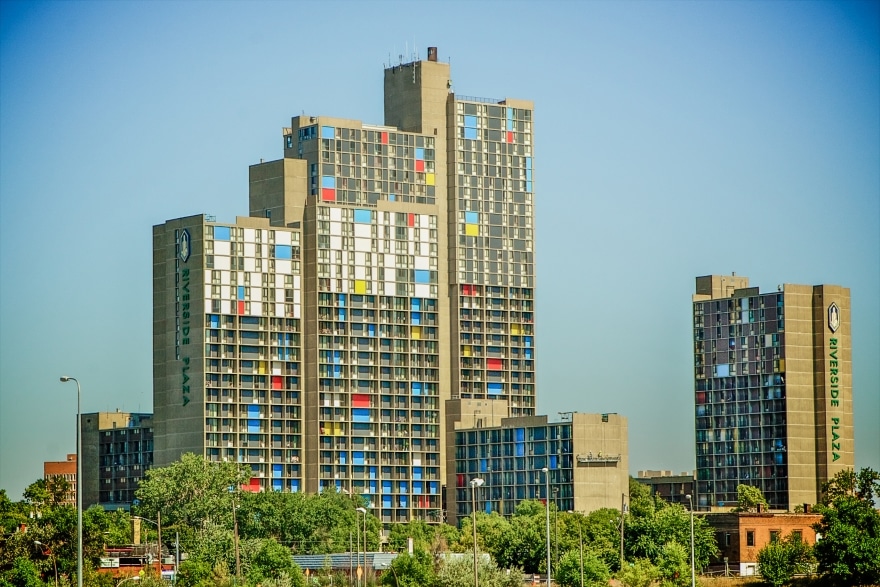 “I loved being part of a project that’s not only environmentally friendly, but improves people’s quality of life,” Beck says.

One of her favorite projects was the first complex financing project she did with Sherman. The Greysolon Plaza in Duluth, Minnesota, which was built as a hotel in 1924 and later converted into affordable, Section 8 housing for low-income seniors, was purchased and renovated by Sherman in 2006. The company sold it to another affordable housing developer in 2020. For financing, Beck secured low-income tax credits and historic tax credits in one financing structure.

“It was meaningful because we were restoring this historic structure while giving high quality housing to seniors,” she says.

Beck is also proud of Riverside Plaza, an affordable housing property with 1,303 units and the largest apartment complex in Minnesota.

While Beck wasn’t closely involved with the project, which was completed in 2012 after two years of renovations, she says it’s a reminder of the impact of Sherman’s work. She says it’s where many immigrant families live when they first arrive in the state and has become its own community within the city.

“It’s a source of pride for the company,” she says. “We’re obviously a for profit company, but the mission here is what drives so many of us.” 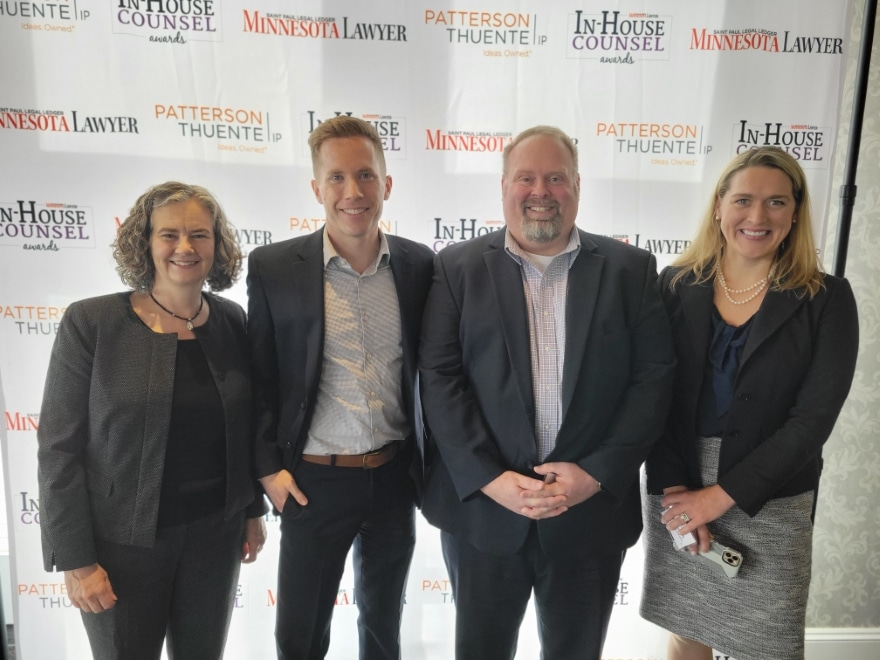 Aside from seeing families move into their new homes, Beck says collaborating with her team and colleagues is one of her favorite things about her work. Her team includes two other lawyers and a paralegal, all of whom work closely with the development team and outside counsel to negotiate purchase agreements for buildings being acquired and to secure financing.

Collaborating from the start allows teams and departments access to each other’s ideas and expertise, she says, and helps to avoid mistakes.

“It’s fun to see things go from an idea to a finished project,” Beck says. “I enjoy the development process because it’s so collaborative.”

Beck started working at Sherman in 2004 after almost five years as a Minnesota assistant attorney general.

She says she “developed a service mindset” while attending Swarthmore College, which she describes as “a small college with social justice undertones.” She felt law would be a good way of giving back and, after graduating from Harvard Law School, realized she wanted to increase access to affordable housing.

With a father who worked in commercial real estate development, Beck already knew that the commercial side wasn’t for her. 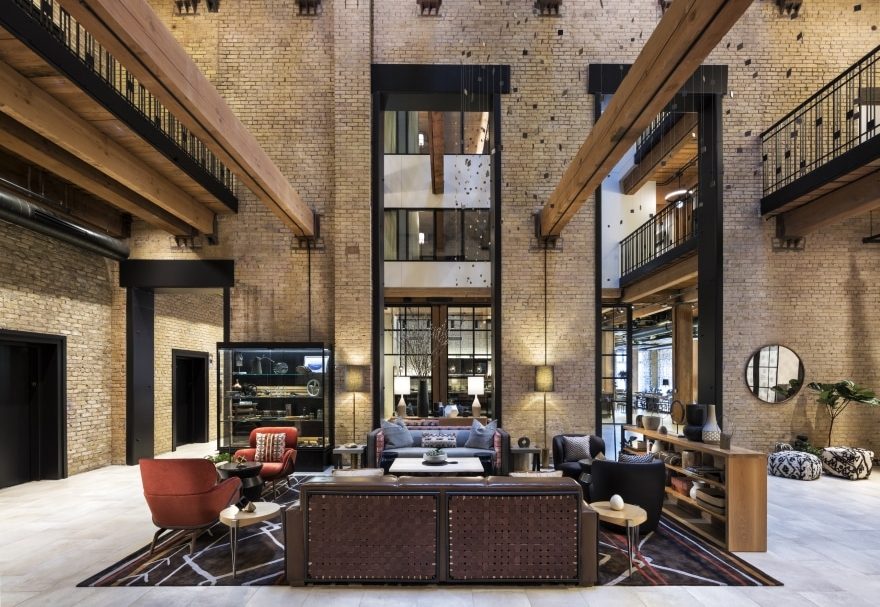 In her first stint at Sherman, which lasted five years, Beck was vice president and assistant general counsel. She left for six years when an opportunity arose at Minnesota Housing, the state’s housing financing agency. She started as counsel and was promoted to general counsel after two years.

Beck returned to Sherman in 2015, saying she missed being part of projects from start to finish. And, because Sherman manages its properties, she’s able to see how the new housing impacts communities over the years. After a year back, she was promoted to general counsel and earlier this year added the senior vice president title.

“I spend a lot of time at work, so I want it to be meaningful,” Beck says. “I wouldn’t want to dedicate so much of my life to something that didn’t have a larger impact.” 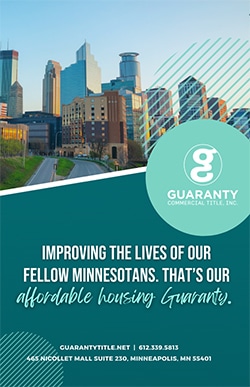 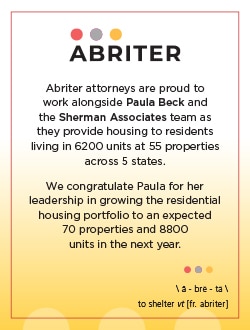 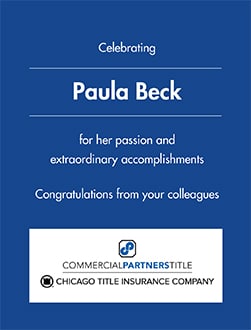 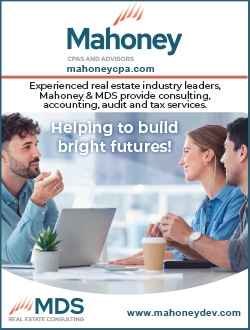