A sticky note secured his future

At a certain point in their careers, many attorneys find themselves at a crossroads. They’ve paid their dues in law firms and spent time working in large, corporate settings. Then, the job starts to feel like just that, a job. Such lawyers, a breed driven to do more, begin to look around, to question.

Peter Katz knows this, perhaps too well. After working in the legal departments of a large East Coast mutual fund and a Midwest consulting firm, Katz, an optimist, was tired of rigid legal processes, their slow pace and the stigma often attached to lawyers. 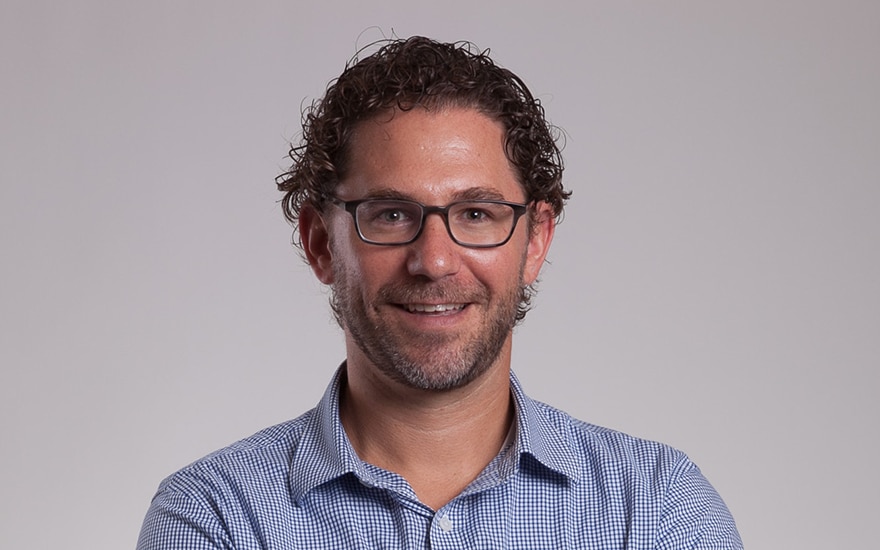 While some lawyers might pursue a dream, like opening a coffee shop or a restaurant, Katz admits to lacking the “drop everything and start over” bone.

“So I started thinking about where I could practice law and experience the rush and satisfaction of building something fresh,” he says. “When I asked myself, ‘in what sector would I find the most innovative work?’ it became quickly clear that the startup world needed to be my next move.”

In particular, it was one startup: Duo Security, a cloud-based information security and software-as-a-service (SaaS) provider, where Katz is now general counsel.

The power of intention

Katz, born in Philadelphia and raised 50 miles outside the city, graduated from the University of Florida and later came home to attend the University of Pennsylvania Law School. He and his wife moved to metro Detroit in 2009 to be closer to his wife’s family.

At a time when the U.S. economy, and especially metro Detroit, was really struggling, Detroit was essentially giving away office space, which allowed startups and incubators to pop up and fuel innovation, Katz says.

The idea of working for a startup appealed to Katz. He felt it would scratch the itch of wanting to start over and work on something inspiring, to put his stamp on things and to be himself, yet allow him to stay in the legal world. So, he began to research local startups and wrote the names of four promising companies on a sticky note. Over the course of 18 months, Katz did periodic research on those companies, following Crain’s Detroit Business closely.

One of those companies was Duo, which caught Katz’s eye when CEO and cofounder Dug Song appeared on Crain’s “40 under 40” list. As Katz learned more about Duo, the work the company—headquartered in Ann Arbor, Michigan, and launched in 2010—was doing piqued his interest, as did the strong venture capital backing from the likes of Benchmark, Google Ventures, Radar Partners and True Ventures.

So, when Duo advertised an assistant general counsel position, Katz applied. Initially, Duo thought the role should focus almost exclusively on negotiating sales contracts, but during the interview process, Katz argued a case for having a legal generalist in-house, someone who could reduce outside costs and mitigate risks associated with employment matters, real estate leases, intellectual property, marketing and the like. He described the role of general counsel and suggested they hire him to fill it. 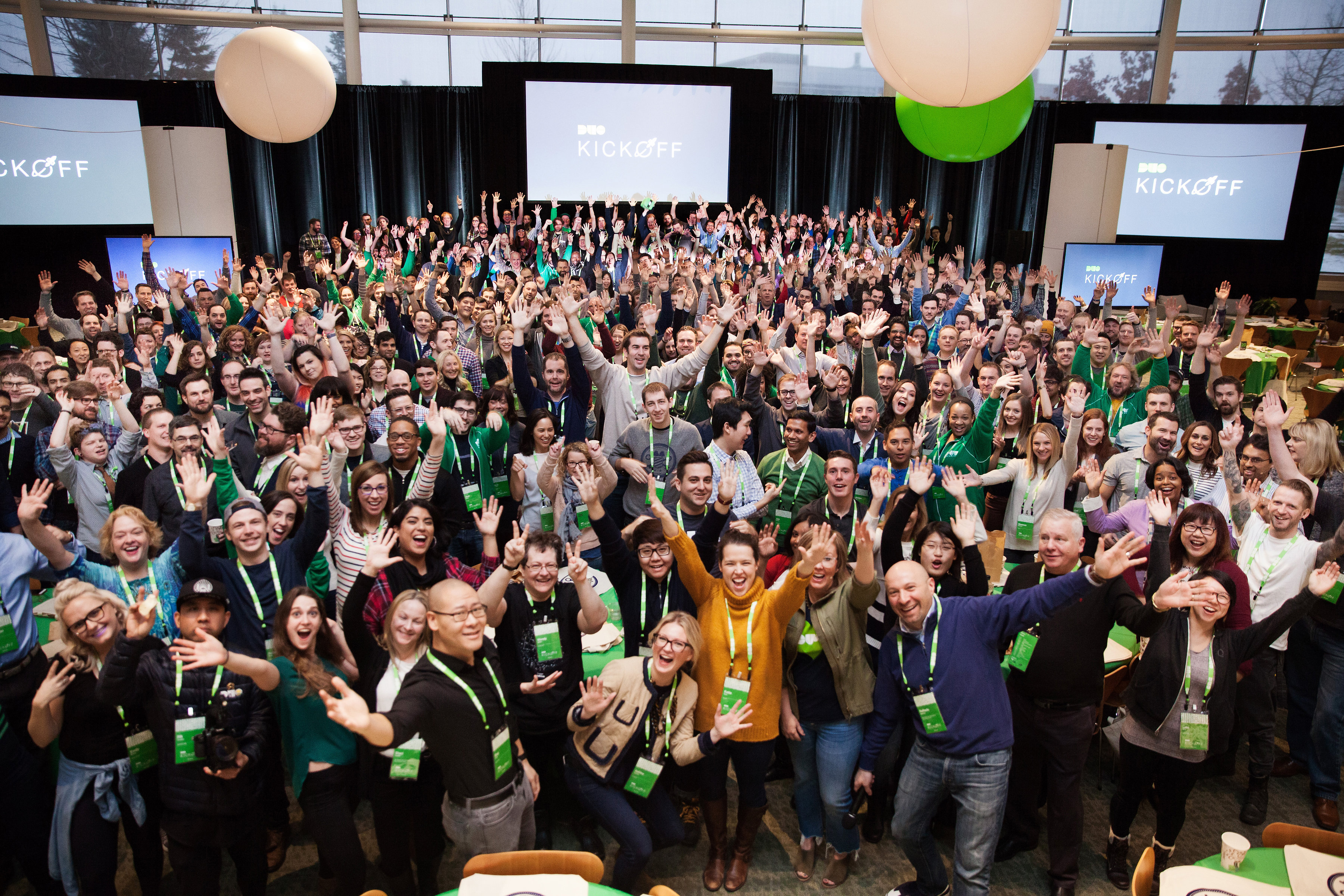 “I explained to them how excited I was about Duo and the opportunity and that I had written [Duo] down on this piece of paper and I thought the company was fabulous,” Katz says. “But I thought, in order for it to be something that would be worthwhile as a career step, it would have to be in the GC position.”

He tried to appeal to the leaders that, before their eyes, Duo was growing into a company with office locations, employees, IP issues, marketing material, employment issues and potential litigation. Rather than outsource the related legal work to law firms, Katz proposed that he could manage it as general counsel, which would help to reduce spending with outside law firms and align Duo’s risk tolerance with its business objectives.

“Then it went quiet for a while and I just kind of held my breath,” Katz says. He had conveyed his excitement and desire to get the job. Now he could only wait.

“I honestly didn’t think it was going to work out because it’s hard to convince a small company to create a role that’s different from what they’re looking for.”

A few weeks later, though, Duo asked Katz to be its general counsel.

Making a name for Duo

Since Katz joined the company in 2015, it has grown significantly—in size, revenue and reputation.

In 2017 alone, Duo raised $70 million in additional financing to join the world’s most valuable private SaaS companies, with total funding of $119 million, and a post-money valuation of $1.17 billion. Alongside this milestone, Duo also announced it has exceeded 10,000 customers, protects more than 300 million logins worldwide every month, and has doubled its employees since 2016, with offices in Ann Arbor, Michigan; San Mateo, California; Austin, Texas; and London, England.

Today, Duo has a user base of 5 million. It provides its cloud-based security to more than 8,000 paying customers, including Facebook, Etsy, Yelp, University of Michigan, Zillow and Altegra Health, to name a few. Its “Trusted Access” suite protects organizations by verifying users’ identities and the health of their devices before granting them access to applications, an approach known as two-factor authentication, or 2FA. 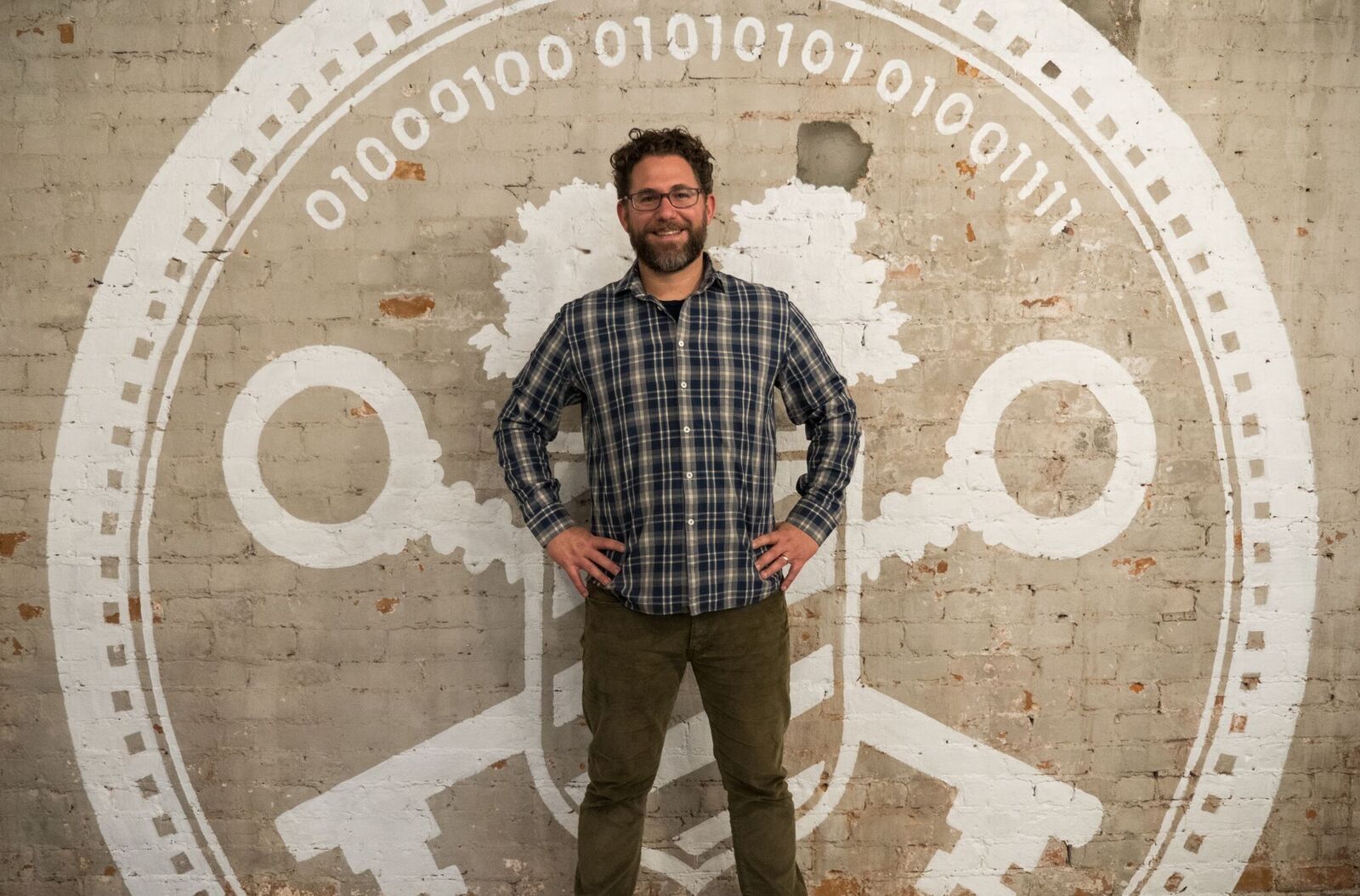 Before, people would ask Katz where he worked (Duo), what Duo was (two-factor authentication software) and what that meant. Now, when people hear Katz works at Duo, they simply say, “Oh, that’s great!” The level of recognition is a testament to the evolving market and Duo’s success. It’s a relief, too, for Katz.

When Katz was at the Association of Corporate Counsel conference in San Francisco, California, last year, a handful of people saw the Duo logo on his laptop bag, tapped him on the shoulder and excitedly showed him the Duo app on their phone. That’s not entirely surprising, as Duo has been dubbed “The Most Loved Company in Security.”

For his part, Katz has spent the last two years building a seven-person legal department, which he says is a problem solver, not a hoop that others have to jump through. That’s perhaps most visible in how closely the legal and sales teams work together to strategize and close deals.

“I imagine that people at many other companies would say when the first lawyer came in things got harder, but actually when I got here there was already a level of risk awareness that I found to be a relief.” Katz says.

“So it was easy for me to come in and get some early wins because of the fact that I was able to meet with my colleagues, talk to them about their concerns and considerations and then take point on developing a framework for contracting.”

That’s business enablement, he says, which is not typically how people are used to working with lawyers.

Though it’s only been a couple of years since Katz joined Duo, he already feels a new sense of fulfillment. While he’s working more now than ever before, he says it doesn’t feel the same.

“I’m doing a lot of this because I care deeply about seeing a successful outcome on a daily basis,” he says. “The thrill of coming to work is still present and there’s definitely a growing sense of pride as we continue to hit exciting new milestones.” 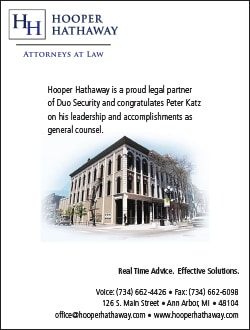