Working the point and living the dream

The first time Peter Steckelman walked into a crowded broadcast booth only to find tennis greats Martina Navratilova and Jim Courier, he broke out in an instant sweat and was at a loss for words.

“I could only think ‘Oh my God, don’t screw this up … and don’t stutter and don’t look stupid!’” says Steckelman, a self-proclaimed tennis junkie who also happens to be the senior vice president of business and legal affairs at Tennis Channel. “I almost fell over.”

Talk about a dream job.

Though Steckelman had learned his way around a tennis court as a teenager and during law school, he says it was surreal helping to pilot what he calls the largest resurgence in tennis programming. In the past two years alone, Tennis Channel has grown to land in the living rooms of 61 million viewers, making it the fastest growing network in the U.S. 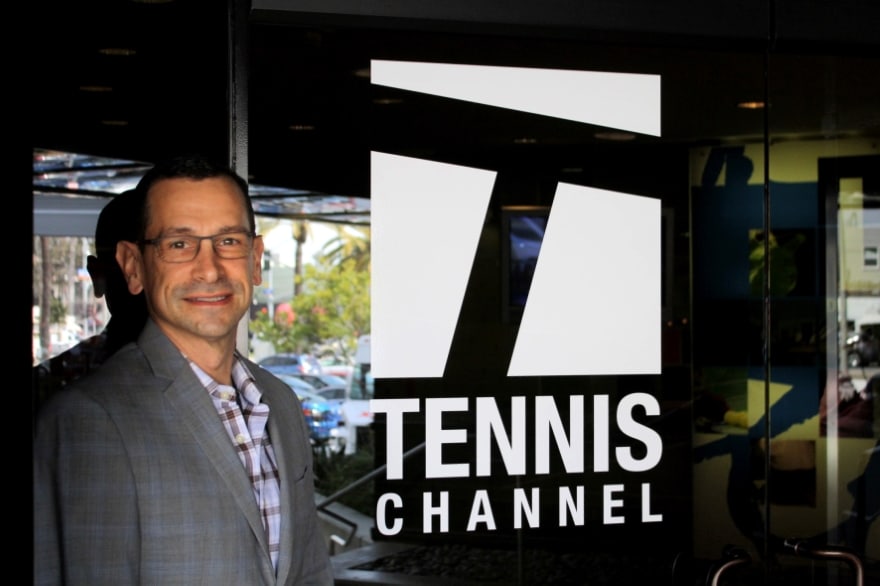 As Steckelman says, even non-tennis players know names like Roger Federer and Serena Williams and are tuning in. But nobody could have predicted what a phenomenon and transformation this is turning out to be for network TV. Of course, it makes perfect sense to Steckelman, an attorney who left a more traditional career in the entertainment industry to follow his passion for tennis.

The Olympics. The Kentucky Derby. The Super Bowl. The World Series. Wimbledon. These premier athletic events hold center court in legal negotiations as networks seek to dominate coverage. There’s an art to each deal and lot of volleying back and forth with lawyers like Steckelman. Tennis Channel doesn’t pretend to commandeer all the top tennis events, but Steckelman says at least 95 percent of what is going on in the sport can be found on their network. 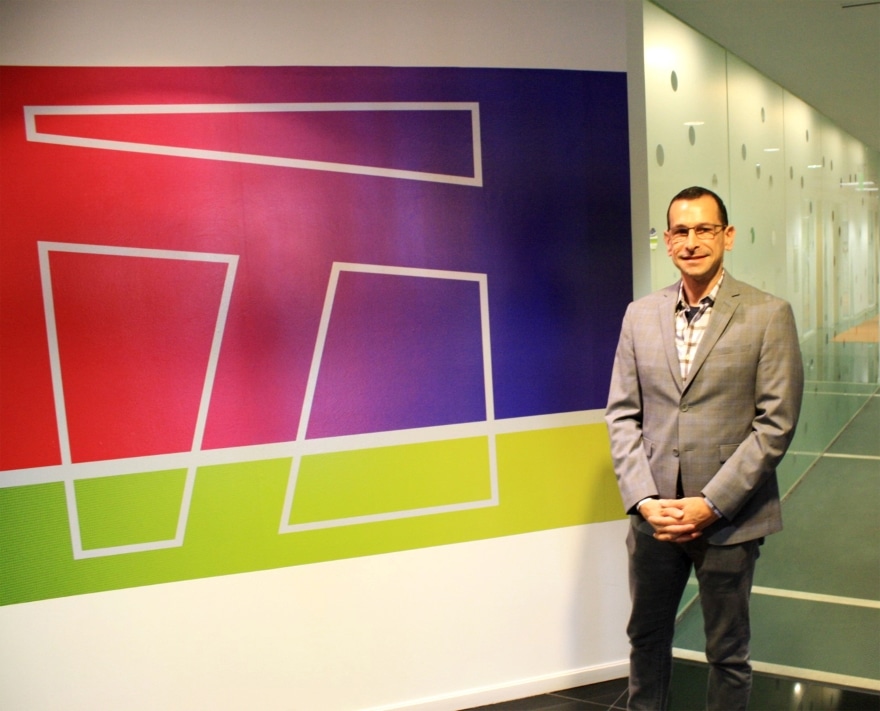 Tune in more often and you’ll also see something extra: tournament coverage to see what’s happening in the earliest rounds in the Fed Cup, the thrill of the Women’s Tennis Association (WTA) tour, not to mention Davis and Hopman Cup tour coverage.

Then there’s the additional coverage peppered with lifestyle programming, instructional videos, athlete profiles and travel segments. Tennis Channel also expanded its media presence and digital footprint through its acquisition of tennis.com and Tennis magazine. They are even moving forward in the streaming space by providing access across multiple digital platforms—all to serve those who love the game and want a quick and easy way to stay connected.

“If you want to watch tennis you start with us,” he says. “Our network’s mission is to be the home for tennis.”

Practicing law and playing tennis may have more in common than people think.

“Tennis is a metaphor for life,” Steckelman says.

As he explains, every person has a goal (in tennis it would be to win); faces opposition on the road to that goal (opponents); experiences variables to the situation (conditions); and somehow has to employ problem-solving capabilities (reading opponents and developing strategy).

Because he is immersed in negotiations more often than practicing his backhand slice, Steckelman has honed certain legal skills he’s picked up from the game. For example, discussing the finer points of duking it out for rights on simulcasting.

“It’s a little different with law, with the art of compromise. You don’t have to “win,” but you have to close the deal. One person doesn’t necessarily take home the trophy, but in a best-case scenario you learn how to lift it together.”

Steckelman says he’s experienced plenty of job satisfaction in his tenure with Tennis Channel since 2011. At the top of the list is celebrating the sheer magnitude of growth and acquisitions that are bringing more programming to the network. He’s also successfully resolved trademark disputes with colleagues at Cozen O’Connor.

But some of the real fun, he says, you can’t put a price tag on. Like hitting with Martina while helping her film a segment for Tennis Channel and sitting out a rain delay with Tracy Austin, Martina and Mary Carillo. Or working on “talent deals” with larger-than-life TV stars-gone-commentator like Martina, Jim, Tracy and Lindsay Davenport. Just to be on a first name basis is cool.

“It can be a fine balancing act between being a negotiator versus a fan.”

The national interest in tennis is showing no signs of slowing. While some viewers are drawn to the established tennis greats, others enjoy watching the stars in the making. To that end, Tennis Channel has forged a partnership with the United States Tennis Association (USTA) and is building inroads in covering college tennis.

“Keep the visibility up and popularity will follow,” Steckelman says. 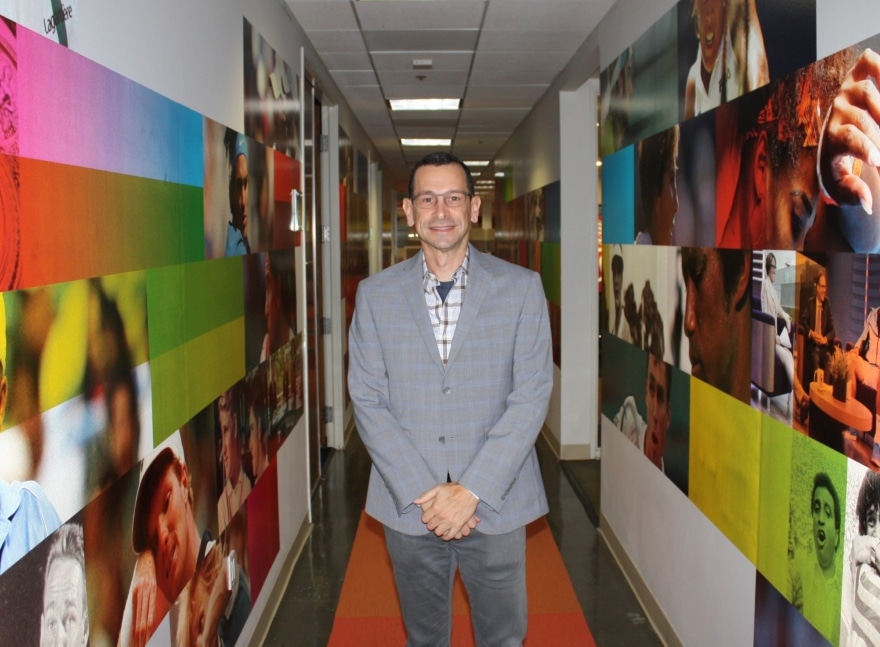 That said, nothing has captured Steckelman’s personal and professional interest quite like tennis; most of his non-work life—then and now—is focused on finding ways to play and promote the game.

Steckelman got into law largely because he didn’t want to get involved in the turbulent stock market of the late 1980s. But with a flair for forging deals, he found himself in the tennis-friendly environment of sunny California. Off the court he progressed up the legal ladder by working initially in the entertainment and gaming industries for companies like Disney, Mattel, Warner Brothers and, prior to TC, Konomi. But all roads eventually led to Tennis Channel where he scored his biggest win personally—game, set and match. 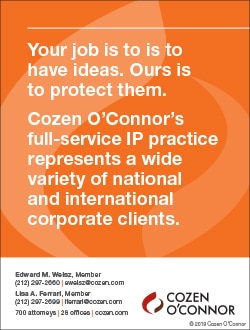