Poised for takeoff into expansion

The need for its services only growing as the threats in the post-9/11 world continue to evolve, the sky would indeed seem the limit for ACTS-Aviation Security Inc.

Indeed the U.S. subsidiary of ICTS Europe is intent on expanding well beyond its security solutions and services for airline catering, aircraft security and cargo screening. The groundwork is well underway and results should be tangible by year’s end. 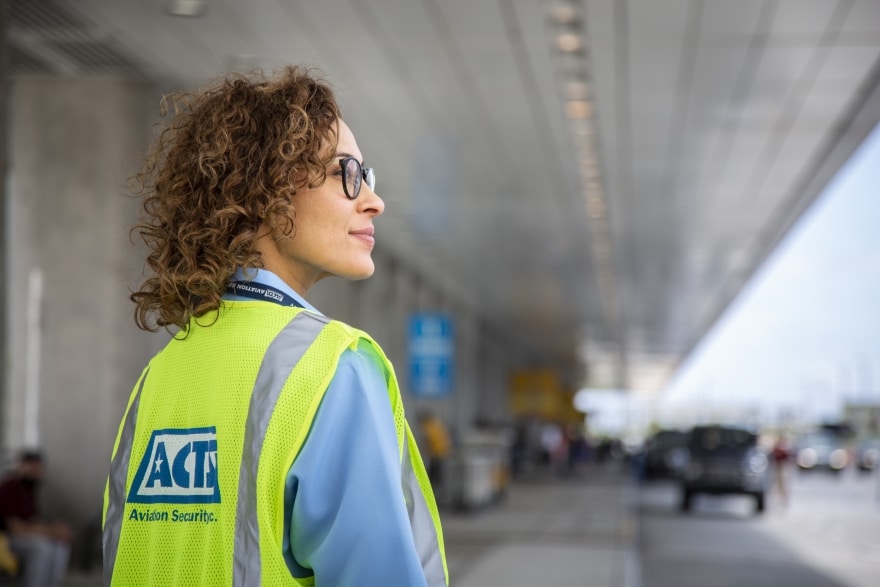 But nothing can be rushed, this being a highly regulated industry, reminded its General Counsel Richard Fiore, who helps to keep ACTS in good standing with its primary customers, the airlines, as well as the airports the company is targeting as prospective clients.

There is a lot of risk for Fiore to assess and manage before plans come to fruition, he acknowledged during a wide-ranging interview with Vanguard this past spring.

“My approach is to be the ‘Department of How,’ not the ‘Department of No,’” the veteran aviation industry attorney said from ACTS’ offices in the Chicago suburb of Des Plaines, Illinois. “Let me hear what it is that you want to accomplish, both ultimately and any important milestones along the way, and I’ll work with you to figure out the best way to get to each of those steps, markers and results while taking on the least amount of risk.” 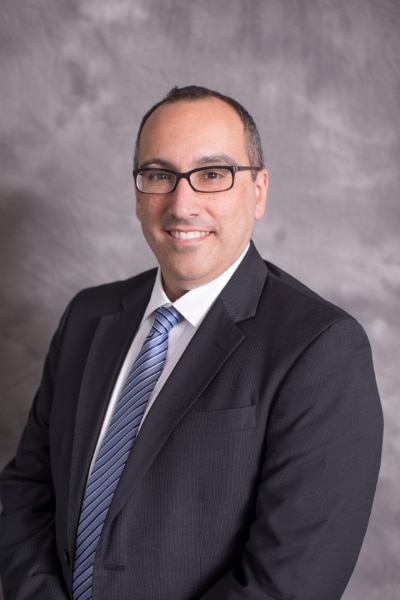 What ACTS seeks is to grow its customer base by way of its multiple new service lines, such as airport security and general security guard services, as opposed to almost exclusively serving the various airlines. ACTS serves, in some capacity, nearly every commercial airline operating in the United States. Given the company’s status as a leading provider of airline security since the terrorist hijackings of 2001, Fiore is eager to help make the case for ACTS’ greater undertaking.

“I wouldn’t expect our very first airport win to be the largest,” he said. “More likely it’ll be a smaller or midsized airport. But our ultimate goal is to be anywhere aviation security is needed.”

ACTS already maintains a presence at over 30 U.S. airports, though primarily providing services directly to airlines. Formed as Gate Safe in the wake of 9/11 to provide the essential security for its then-parent, ACTS has long since carved out a different niche, leveraging its former service into a company that ensures anything entering the rear or belly of a plane is secure and compliant with federal regulations.

It’s an area that may not weigh much on a traveler’s mind, but Fiore will tell you that the Transportation Security Administration is just as vigilant about this end of the plane as the front, and in a post-9/11 world there can be no taking chances on security.

Pre-9/11 the airlines bore security responsibility for the entire plane. Since then the TSA has largely been in charge of passengers and luggage while the airlines remain responsible for the rest, with many choosing to outsource that process to ACTS, which has acquitted itself well over the years.

The company’s agents do exhaustive cabin searches, onboard monitoring and gate-access control for airline employees and their vehicles. Screening of personnel includes hand-wanding, pat-downs and baggage searches. The catering process is also monitored, with all carts and other materials inspected and trucking seals verified. As canine detection grows in the United States, ACTS has partnered with another ICTS Europe subsidiary, DiagNose, to provide its own top-notch canine security screening.

“Those are the reasons we were created,” Fiore said. “To satisfy regulations and to ensure that prohibited items don’t enter planes. But since becoming a part of the ICTS Europe group, we’re a full-scale aviation security company, full stop. Along with its parent, ACTS is a global security leader with the know-how to handle any sized airport.”

The immediate task at hand is winning a U.S. airport contract. As ACTS also looks to provide security guards in addition to its inspectors of cargo, catering and aircraft, Fiore will have to ensure that each candidate is duly screened.

“All hands are on deck building up the operation,” he assured Vanguard. “Once you bust through, it gets a little easier to keep it rolling.”

Fiore spent the bulk of his professional life in some facet of aviation law, often in a legal-business hybrid role that made him especially attractive when ACTS became a stand-alone business and sought its first general counsel. 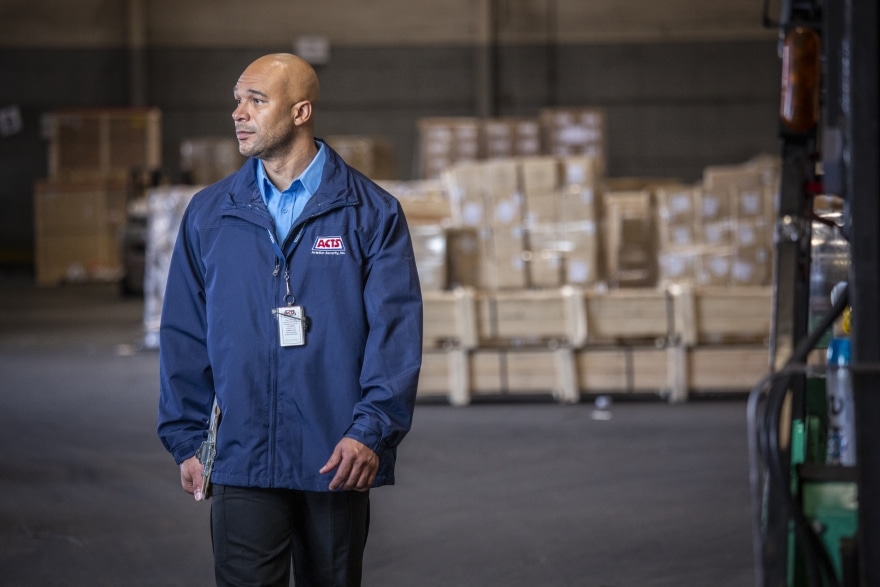 “At the time they had no in-house commercial litigators, which meant they needed someone to manage everything—whether small or huge, simple or complex. Airlines face the same general commercial issues as every other business, but also have countless aviation-specific regulations and face issues unique to the industry. It was a very intriguing opportunity to work for what was essentially the world’s biggest startup company.” Fiore said. “Shortly after joining the company, it became clear that the aviation bar is actually a very small community of generalists, who develop very specialized knowledge.”

He’d spend over a decade at United’s Chicago base, ascending to associate general counsel of litigation and intellectual property in charge of a 13-member team entrusted with more than 500 lawsuits, some dating back to the 9/11 hijackings. Gate Safe being among United’s vendors, Fiore would get to know the company, and the tug of the aviation industry ultimately pulled him back after briefly returning to the law firm at which he began his career.

“The aviation industry has a way of getting into your blood, though you may not realize it until after you’ve left it,” he said.

So he returned to aviation law in 2017, about the time that ACTS was acquired by global security leader ICTS Europe as a wholly owned subsidiary that has enhanced the value proposition of both companies. The future seemingly holding so much potential for ACTS, Fiore looks forward to helping it unfold.

And although his thoughts are never far from his close family—his wife (who is also a United alum) and four children—there’s something about being in-house that to Fiore feels more like a home away from home.

“I liken the in-house role to helping keep the walls standing, as opposed to an outsider being hired to paint those walls. That may sound like just semantics, but being a part of the business drives me more,” he clarified. 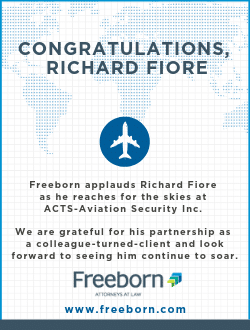