That’s why Silicon Ranch immerses in the local communities where it builds, owns and operates solar facilities, he says. Instead of building and leaving, the company stays for the life of the project, which can be up to 40 years.

As general counsel, Johnson makes sure the company and its vendors are aligned with each other and are positioned to serve the communities for the long haul. 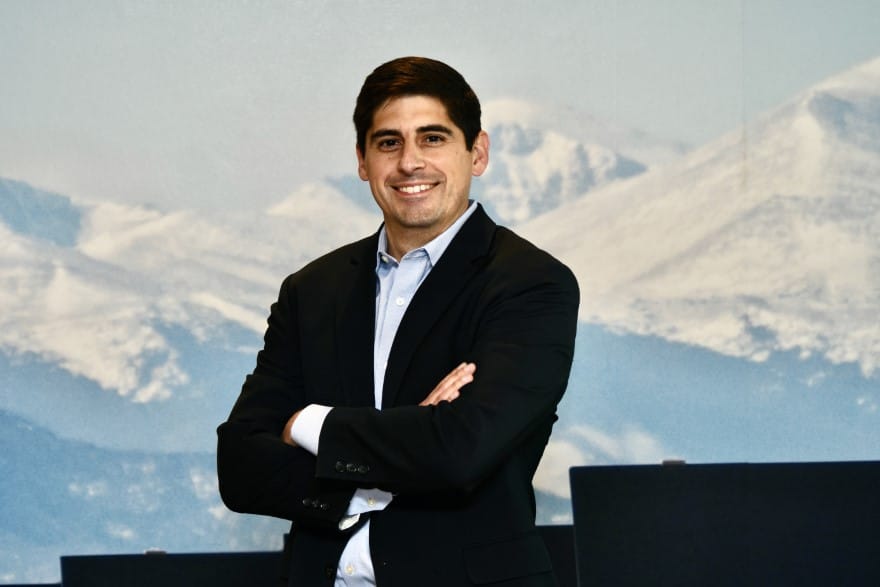 “I do think at the end of the day, when the behind-the-scenes legal work results in meaningful renewable energy projects that have a positive impact on the environment as well as local communities and their economies, it’s very satisfying,” Johnson says. “The work we do at Silicon Ranch is something I am truly proud of.”

Founded in Nashville in 2011, Silicon Ranch owns and operates more than 145 facilities across 15 states. It’s the U.S. solar platform for Shell and one of the largest independent solar power producers in the U.S.

When Johnson was hired as the company’s first in-house lawyer in 2015, he had a background in commercial transactions and contracts. He had a lot to learn about the solar industry, including the terminology, the nuances of tax equity financing related to solar investment tax credits, and the rules of the Federal Energy Regulatory Commission.

While navigating the learning curve, Johnson began expanding his legal department, hiring attorneys who specialized in real estate and engineering, procurement and construction contracts. Their expertise, along with his transactional experience, has helped with his success at Silicon Ranch.

Silicon Ranch starts every solar project by buying or leasing the land, with a preference for the former, which requires Johnson and his team to review and negotiate real estate deals. They then negotiate power purchase agreements with customers who ultimately buy the power from the solar facilities. From there, Silicon Ranch negotiates engineering, procurement and construction contracts, secures project financing, and oversees long-term operations. 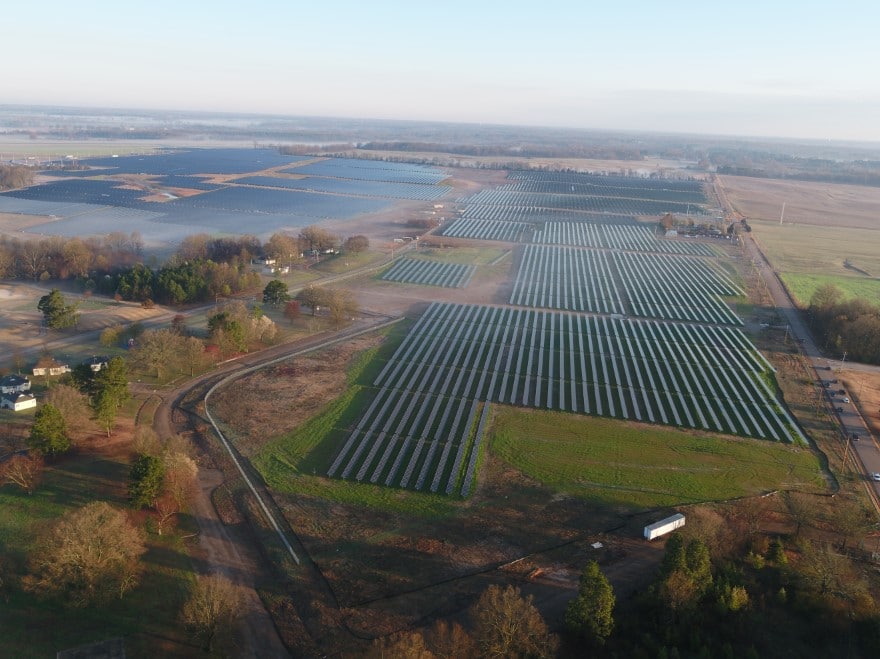 Silicon Ranch’s Millington Solar Farm at NSA Mid-South, is the largest operating solar farm in the state of Tennessee. The innovative project was the result of a unique public-private partnership that brought together the City of Millington, the U.S. Navy, MLGW, TVA, and Silicon Ranch with a shared vision to support the local community and the naval base.

Whereas many solar developers sell their projects rather than hold them, Silicon Ranch plans to own and operate each of its solar plants for their entire expected useful life. Accordingly, Johnson and his team ensure the contracts reflect the company’s commitments and that vendors are equally invested in the long-term success of the solar facilities.

One of the biggest deals Johnson worked on started when Royal Dutch Shell approached Silicon Ranch because it wanted to invest in the company’s renewable energy platform. Once the transaction started, Johnson helped negotiate the deal, which closed in 2018, making Shell the largest minority shareholder of Silicon Ranch.

“It was a crucial point in the maturity of the company and our partnership with Shell has allowed us to grow beyond our roots as a small Nashville renewable energy startup,” Johnson says.

Despite the growth, Johnson says the company will stay true to its localized roots with most of its partners being rural electric co-ops and the communities they serve. Silicon Ranch often builds solar facilities in small, rural communities, which creates jobs and makes it one of the largest contributors to the local tax base.

This also adds the responsibility of “being a good neighbor and leaving the area in better shape than we find it,” Johnson says. Silicon Ranch often uses an approach it calls Regenerative Energy®, where the company works with local farmers, leaders, nonprofits and communities  to manage and restore the land by co-locating regenerative agricultural practices with clean energy generation.

For example, instead of mowing the grass on solar farms, Silicon Ranch uses managed sheep grazing, which regenerates the soil and improves the land’s biodiversity. Chickens and ducks roam the land on some projects as well, which provides natural pest control and fertilization. Through the approach, Silicon Ranch uses third parties to collect data to measure soil health, water quality, sequestered carbon and local economic impacts, and verify the improvement of the project’s social and environmental attributes.

“It’s important to us that we truly invest in the communities we serve and be good stewards not only of the land, but of the people who live there,” Johnson says.

While Johnson never expected to work in the solar industry, he’s happy he does. He has his brother-in-law to thank for that. 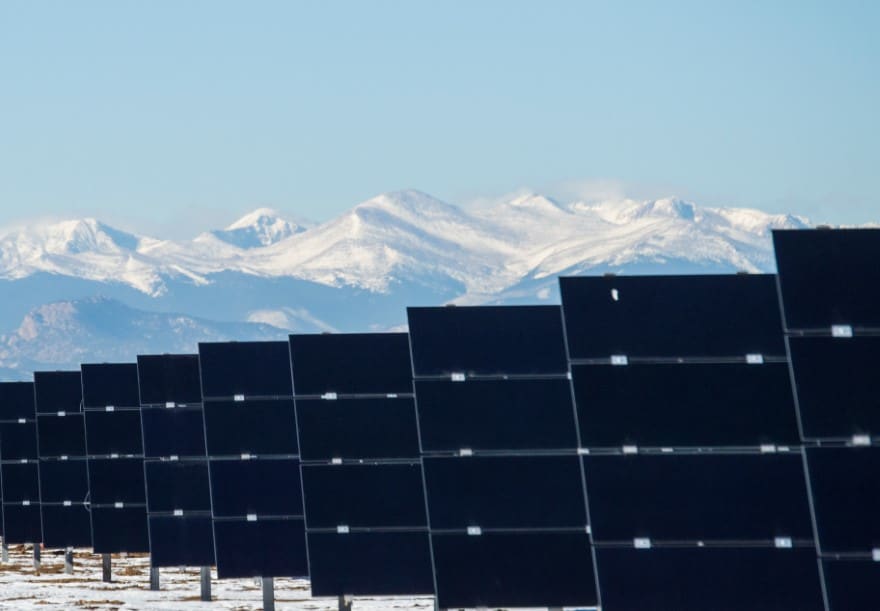 Johnson had been working as a corporate associate at Venable LLP, a law firm in Washington, D.C., when he got a call from Silicon Ranch. His wife’s brother was the startup’s first intern and had passed along Johnson’s name when he heard the company was looking to hire in-house counsel.

Johnson, who’d been happy at Venable for over eight years, had no idea his brother-in-law had referred him. But, figuring it couldn’t hurt to take an interview, he met with Silicon Ranch’s management when his family was visiting his brother-in-law in Nashville. Two weeks later, he and his wife moved there.

“I always said that if I ever left my job at Venable, it would only be for a unique opportunity in a dynamic industry with a small company that I could grow with,” Johnson says. “But if you had told me that, within two weeks, I’d be moving to Nashville to work for a solar company, I never would have believed it. I’m so glad it worked out, though, because it turned out to be the perfect challenge and opportunity.” 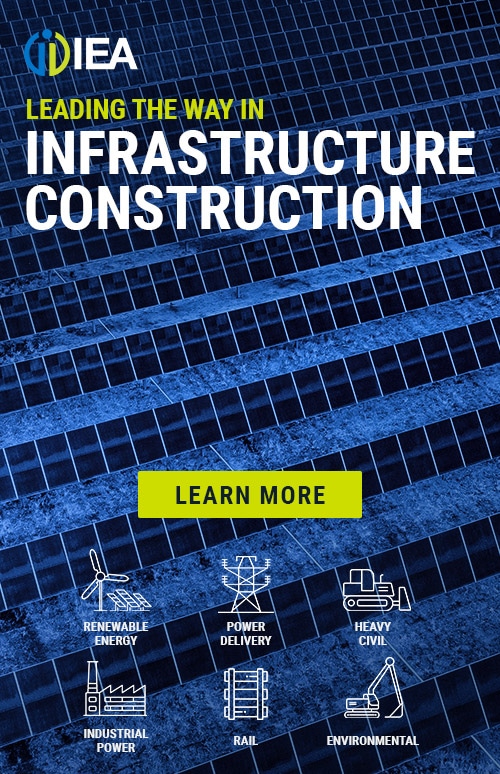 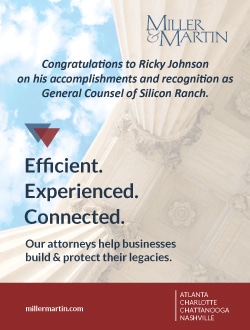 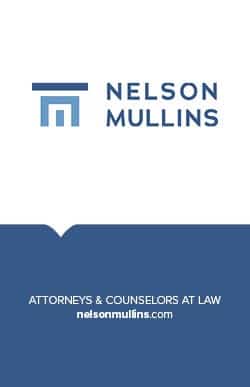