Where the compliance buck stops

Details, details, details—with a potential deal-breaking devil lurking in each. Such is often the case when a company takes on design-build responsibilities for a massive public sector project.

Take the Sherman Oaks Center for Enriched Studies, a magnet public school in the Los Angeles County community of Reseda. Ranked among the nation’s best and most challenging, it’s undergoing a comprehensive modernization which, come May 2022, should be complete under the oversight of Sinanian Development Inc. 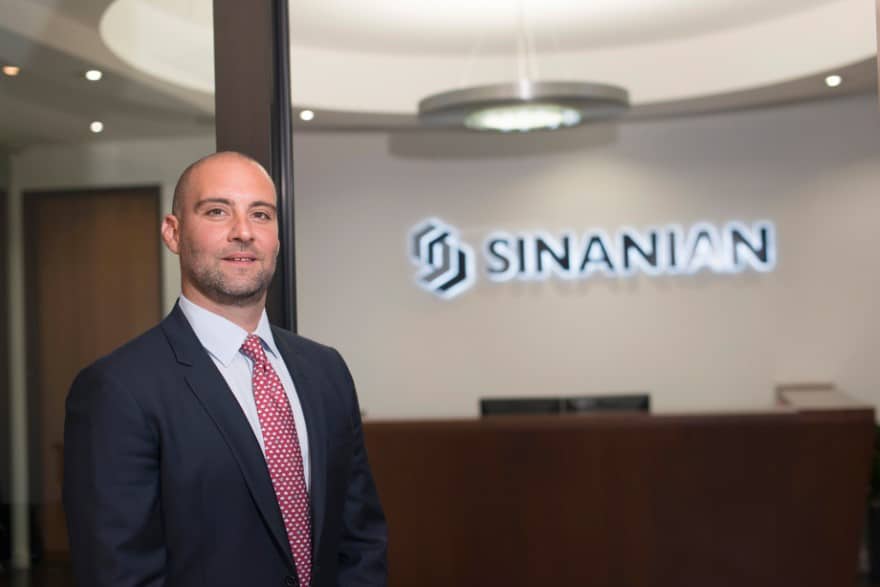 It’s one of two five-year school projects the Tarzana, California-based general contractor has undertaken, the other being the public PreK-12 Elizabeth Learning Center in Cudahy. That one calls for the demolition of three buildings, construction of at least two more and upgrades to nearly every fixture across the campus.

This being California, each project must also be able to withstand earthquakes. But that doesn’t mean Sinanian can lose sight of the countless other items on the checklist.

“Is compliance in the public sector more stringent than in private? Absolutely,” Serge Sinanian exclaims during a lively interview with Vanguard in January. “The specifications are 6 to 7 inches thick for every project. In a nutshell, every single item has to be submitted to the design team. The material, the brand, the size, the color—everything needs approval before a subcontractor can install it.”

As the long-tenured general counsel for the company founded in 1983 by his father and two uncles, Sinanian’s many responsibilities include being where the compliance buck stops.

As a project executive along with his cousin Gerard Sinanian and father, Sinan Sinanian, he oversees the company’s staff of 80-plus individuals to ensure everything is up to standard, from the size of the nuts and bolts to the brand and color of carpeting. Let the vigilance start with those items, he says, and be just as detail-oriented when it comes to the complicated mechanics that will make the schools more energy-efficient (and tremor-resistant). 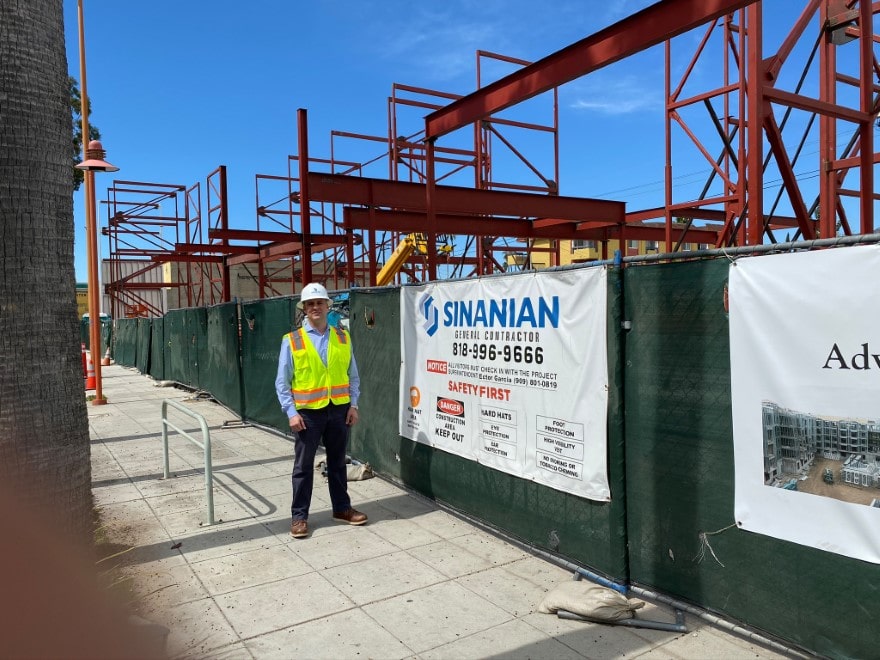 What’s more, both projects are being conducted with the schools still in session, a process Sinanian likens to a medical team performing the most complicated surgery on patients who won’t be bed-ridden.

Students must be moved from one building to another, and collaboration between the company and school administrators is necessary to keep things running smoothly. Owing to a combination of bonding issues and bureaucratic snafus, both projects have been a long time coming, Sinanian says. Thus the need for his company to make up for lost time.

“Some companies might complain about the stakes being so high,” he goes on to say. “My response is, if it were easy everybody would be doing this. We shine when we have difficult projects to deliver and can show a potential client our past track record and its size and scope. It helps separate us from contractors that don’t have our experience.”

It’s a portfolio that includes projects in both the public and private sectors. With the Golden State construction industry thriving, there’s a growing need for retail and commercial establishments, mixed-use multi-residential apartments and condos, and entertainment facilities.

Affordable housing is likewise in demand, Sinanian says, a consequence of the state’s sky-high property values. At any given time, Sinanian Development will also be handling numerous design-builds or new construction of first-responder stations, libraries, schools, religious and cultural institutions, and animal shelters. 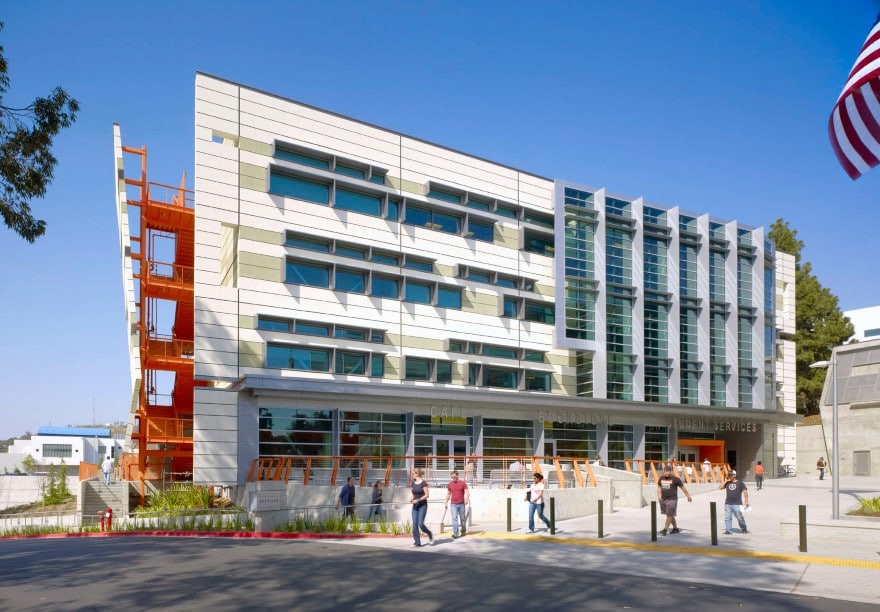 Such a broad purview has forced Sinanian to focus more on the non-legal side of the business, while taking aboard additional in-house counsel. A potential next in line as the old guard nears retirement, Sinanian’s responsibilities run quite the gamut, from contracting and estimating to operations, construction and human resources.

“I don’t shy away from wearing many hats,” he says. “It’s the nature of how we operate. I can’t be just the general counsel and say ‘that’s not in my arena.’ I have to be the last person to ensure everything is packaged properly.”

That said, he’s quick to add that his CEO father shows little sign of slowing down. A civil engineering graduate of the American University of Beirut, the elder Sinanian moved his young family from Lebanon to Los Angeles in 1980 and three years later launched Sinanian Development along with his brothers, Andy and Harry, both of whom manage the company’s extensive real estate portfolio.

Learned from the best

As the younger Sinanian recalls, there was a time when his father tried to steer his ambitious son toward a career in medicine, thinking there was already a glut of lawyers in Southern California. Pre-med subjects weren’t his forte, however, and as a UCLA student Sinanian shifted to liberal arts—and then to Loyola Law School. 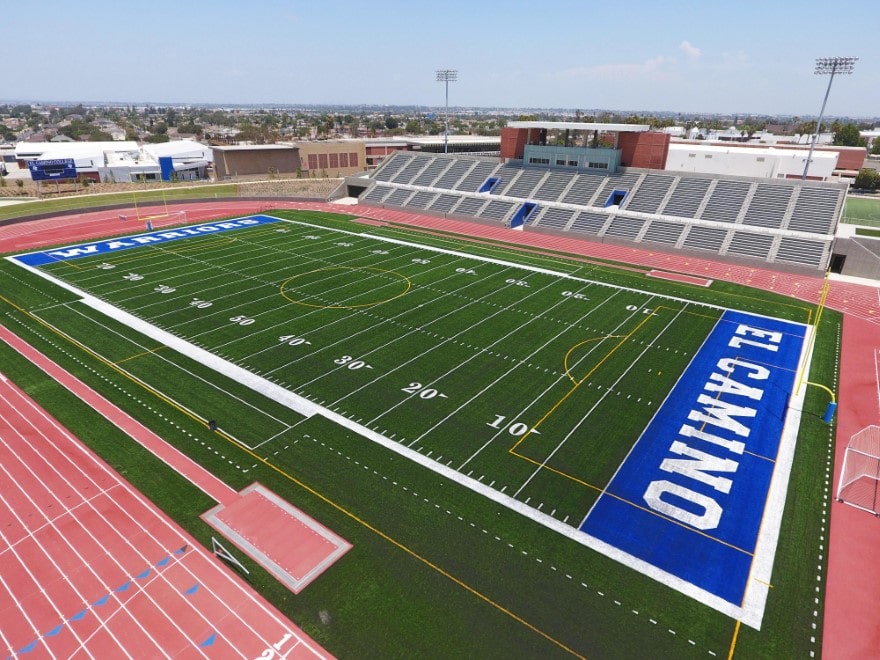 Which, in time, would serve his father’s interests just fine.

Prior to graduating in 2002, Sinanian clerked for the noted Los Angeles construction law firm Hunt Ortmann, and then served as an associate until 2009. That put him under the wing of Gordon Hunt, deemed a construction industry “super lawyer” by Law and Politics magazine. Impressed with the young Sinanian, he’d let him represent owners, developers, public agencies, general contractors, subcontractors—essentially, at one time or another, every entity involved in the project-groundbreaking process.

“The guru of construction law,” Sinanian says of Hunt. “He gave me a great background that I’ve brought here.”

That’s a background that Sinanian intends to pass to the new legal staff as he transitions toward more of a business role as well as the new face of the company, along with cousin Gerard. 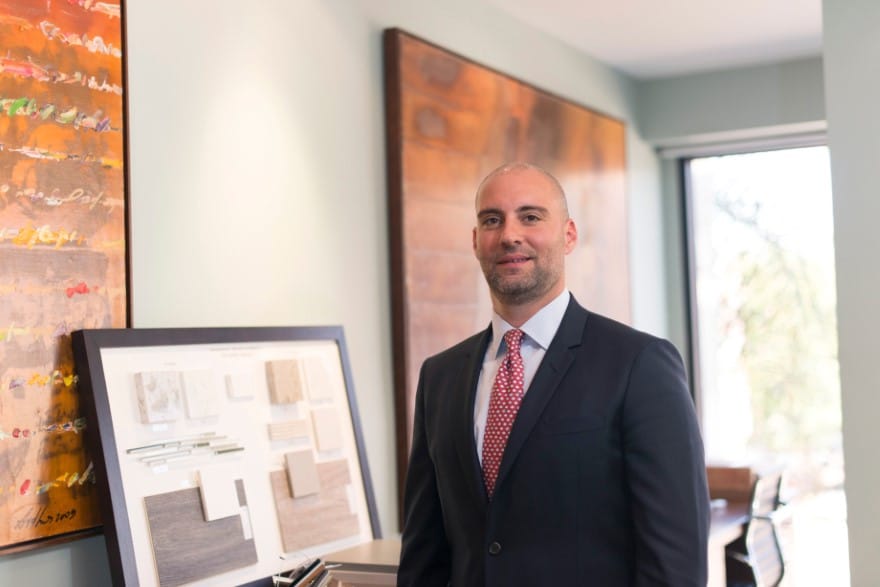 And he assures that new face will reflect those who made Sinanian Development into one of Southern California’s most prominent general contractors.

“It’s all about delivering on your projects at all costs,” he says. “Even when you might lose money on a job, you need to finish it and address the money afterward. We’ve never abandoned a project or been terminated from a project or been assessed liquidated damages for any reason. We’ve always looked at the big picture and thought long term.”

All while paying attention to the smallest possible details. 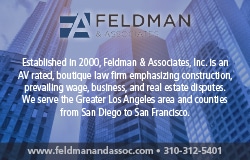