Building the burger business—and more—one deal at a time

To the average customer, walking into a burger joint or pizza parlor is a simple experience. But to the people behind the scenes at BurgerFi, there’s a lot more involved than just serving someone a Swag (spicy wagyu) burger and fresh-cut fries.

Just ask Stefan Schnopp, the company’s chief legal officer and corporate secretary. He’s spent the past year building a legal team to support the growth goals of the newly public company. Considering he had just completed an important role in the Sprint/T-Mobile merger, Schnopp says he was the perfect fit for BurgerFi. 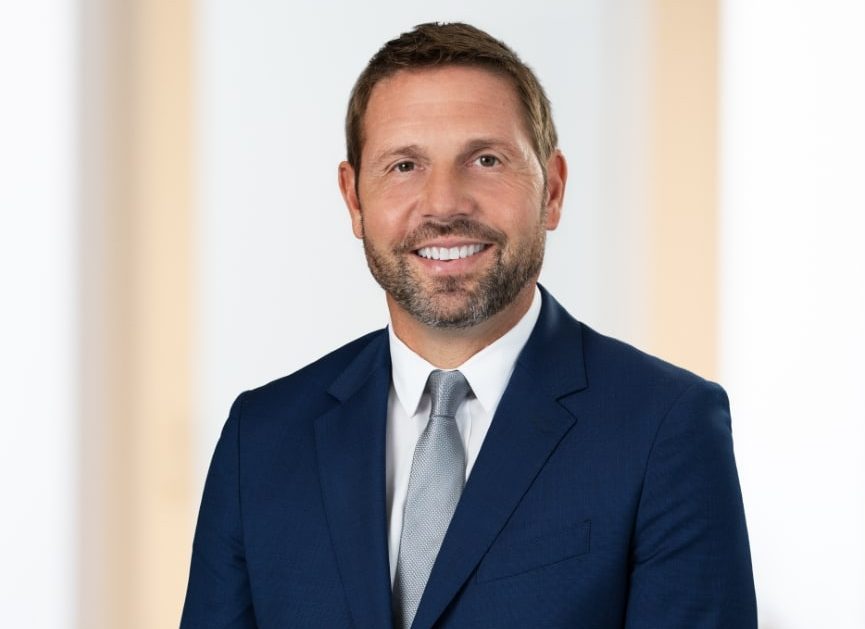 “I’ve been using my experience at Sprint to help BurgerFi build the sophisticated processes and systems required for a public company,” he says.

Just prior to his hiring, the company acquired Anthony’s Coal Fired Pizza & Wings for $157 million, and it’s looking to purchase other restaurant brands to build its portfolio. To support the business, Schnopp has been growing the legal team with a focus on real estate law and franchising.

“Our team is also helping other departments remain compliant today while developing a plan for future growth by ensuring the proper infrastructures and processes are in place,” he says.

Time to make the burgers

When BurgerFi went public as a de-SPAC in late 2020, it didn’t have the departments, including legal, that other public companies employ.

So, Schnopp began evaluating the department’s needs—both from a resource perspective, as well as with respect to its systems and documentation processes and abilities. And as the company continues to grow beyond burgers and pizza, a more robust legal operation will be imperative, he says.

When a new franchise location opens, it’s important that customers get the same experience, so implementing the same policies and procedures is crucial, Schnopp says. This includes a policy mandating that products like meat, potatoes and bread are purchased from the same sources—a BurgerFi burger should taste the same no matter where the store is located, Schnopp says.

“We’re implementing franchise agreements and procedures from the legal perspective, as well as other requirements our franchisees must comply with, in order to maintain the brand,” he says.

Many people in BurgerFi’s employ didn’t have public company experience, so there has been some education and training to get people up to speed, Schnopp says. For example, employees who typically share things about the business with friends or family outside of work are no longer permitted to do that because of BurgerFi’s publicly traded status.

“Training people on what they are and are not allowed to say and the overall rules that govern our business as a public company is something we are always doing because compliance is at the top of my list and is of upmost importance,” Schnopp says.

Employees receive training materials starting with the onboarding process, and, in addition to other structured compliance trainings, day-to-day interactions are part of how Schnopp and the legal team ensure compliance.

“Training on what is required of a public company is an ongoing process and benefits from repetition,” he says. “Since I arrived, I have worked with the board of directors and other departments to draft and implement the proper policies for a public company. In addition, we recently re-vamped our employee handbook and code of conduct, which are the foundations of good compliance.”

When he was in high school, Schnopp says he started thinking about a career in law, but it wasn’t until a seminar he attended as a freshman at The Ohio State University that he cemented his path.

“One of the speakers was an M&A lawyer from Jones Day, and I listened to his presentation and thought his job sounded very exciting,” he says. “At the time, I did not know exactly what corporate law entailed or who Jones Day was as a top corporate law firm, but I knew I didn’t want to practice traditional criminal law.”

Schnopp earned a juris doctor from the University of Toledo School of Law, and then he spent more than eight years at Jones Day. Later, he moved to Kansas City and worked for over 12 years for Sprint, leaving as vice president of legal and corporate secretary—helping the company complete its merger with T-Mobile in 2020.

After a year of relaxing in Miami Beach, he was convinced by a long-time colleague at Morrison & Forester to return to practicing law at that firm. He left in January 2022 to join BurgerFi.

“I knew early in my career that I wanted to be an in-house lawyer,” Schnopp says. “I function better in a collaborative environment working as a team and leading people.” 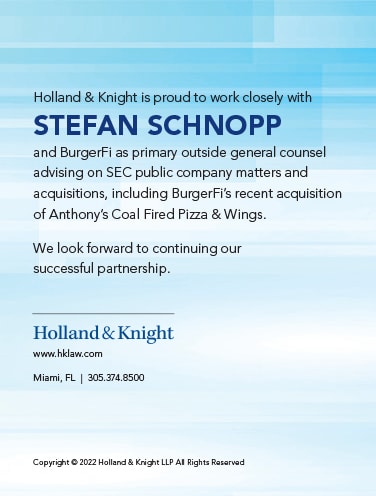 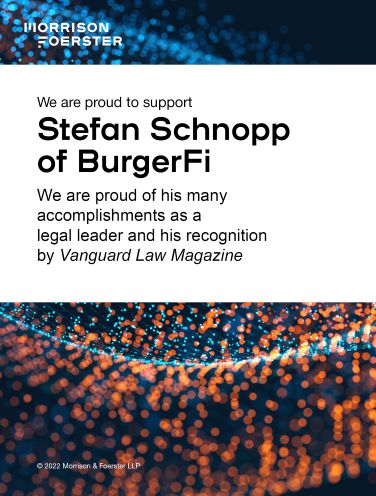 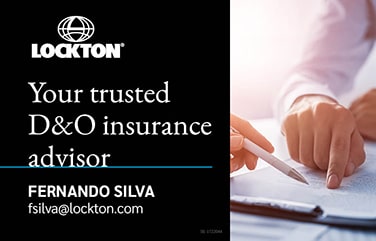